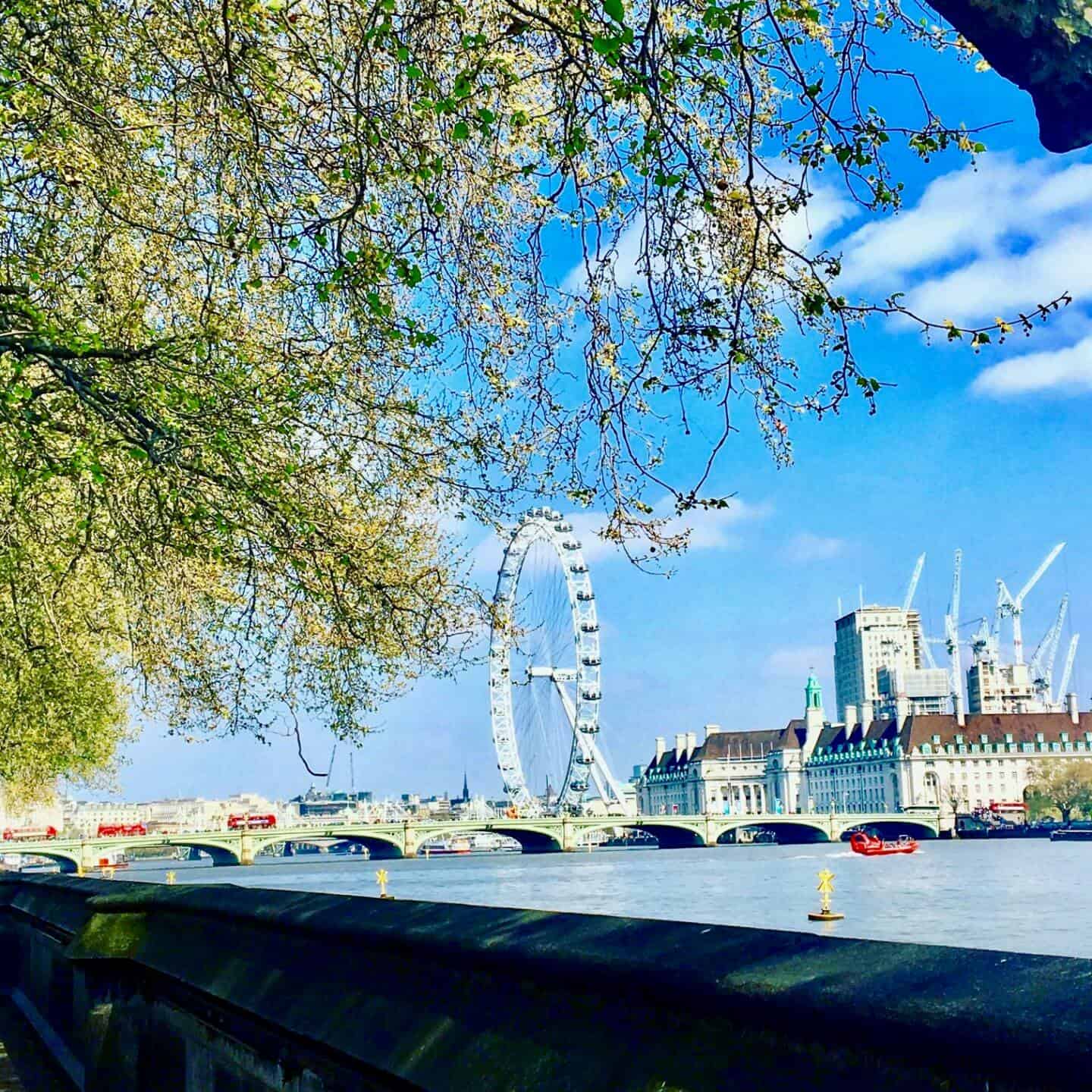 Each year that I get older, my infatuation for London gets bigger.  Having never been, I picture London to be one of the chic-est places to be.  A stroll pass the London Eye.  A stop for high tea in the afternoon.  And a visit to the pub after work.  Drinks with fellow brits who are witty and appreciate the occasional inappropriate banter.

So when my sister agreed to meet me in London, I was beyond thrilled.  We spent three days in England’s capital, exploring every square inch of the city. We walked over 10 miles per day, crossed many things off of our bucket lists, and took our time exploring the ins and outs of what makes London so uniquely… London! And after three days, London has still left me wanting more. 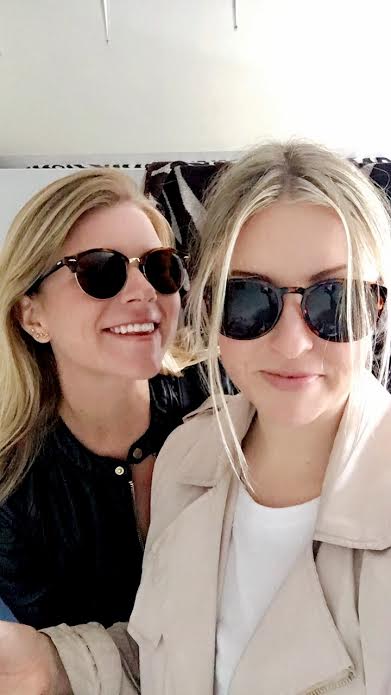 London was the first stop on my mostly solo, European adventure. Arriving to the city first thing in the morning, there was no time for sleep! This is London after all. A city full of adventure and charm. A feast for your eyes, soul, and stomach.

Upon arrival we checked into our Airbnb, in the very central Holborn neighborhood. We hit the streets to take in the sites, smells, and sounds. A busy city with black taxi’s often cruising by, passing the infamous “Princess Bar” on almost every street. Our first stop was to the Italian hole in the wall restaurant – Rossodisera. We slowly ate our way through cheese, meat, and pasta. We sipped on wine and listened to locals speak with their English accent that often captivates my ear. We ate slowly until it was time to head for tea. 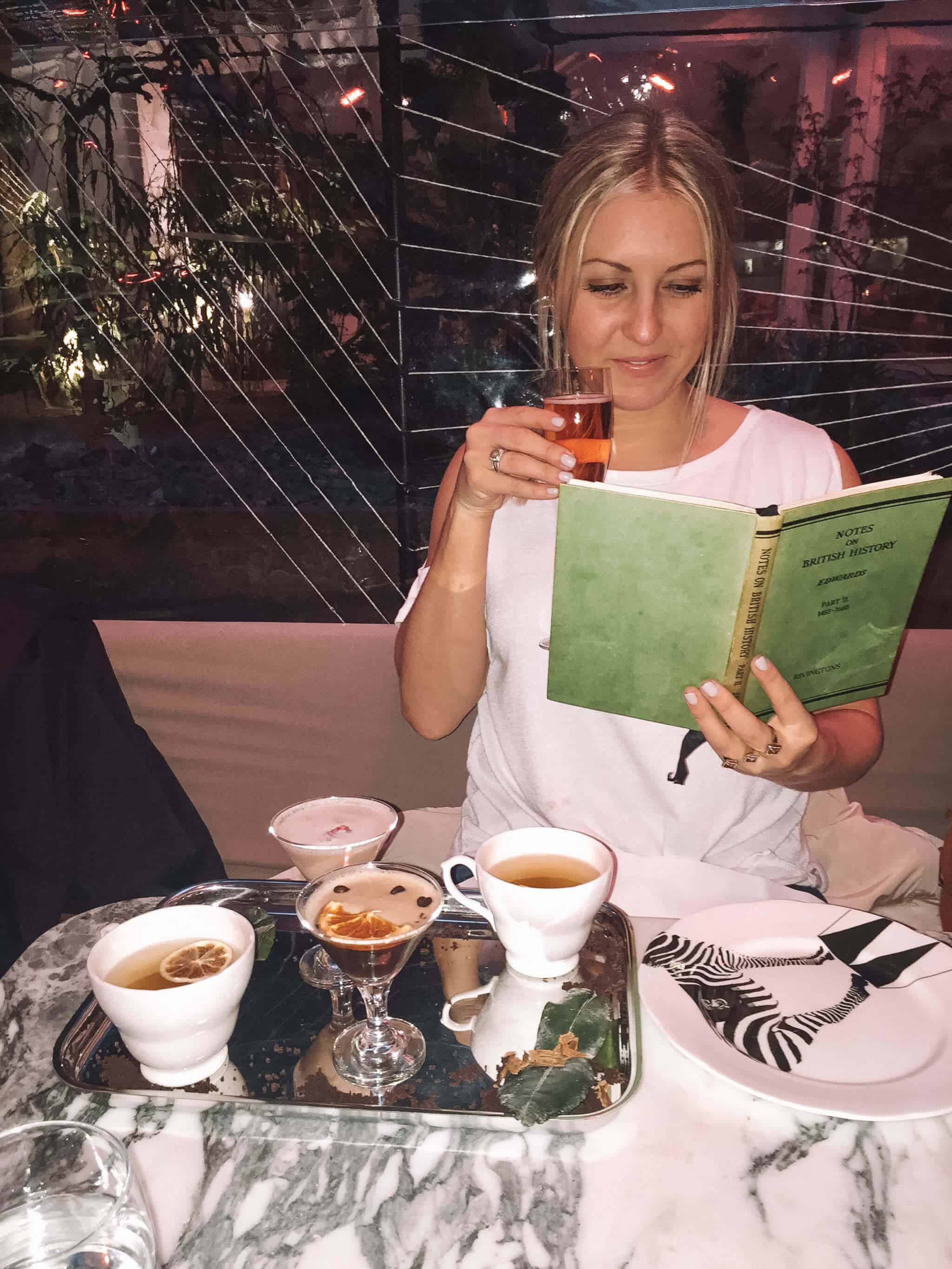 In London you have many options when going for tea. My personal favorite was at the Sanderson – The Mad Hatters Tipsy Evening Tea. Decadent, but dainty desserts filling up trays in front of you. A glass of champagne to accompany your tea. Finger sandwiches stuffed with cheese and meats. Detail oriented cocktails adorned silver platters. All in a whimsical atmosphere, as though you have perhaps gone down the rabbit hole.

Day two, take to the streets to enjoy London from outside. Start your morning with a leisurely stroll through St. James Park or rent a canoe and paddle through the lake at Hyde Park. After basking in the sun, or rain, head on towards Trafalger Square in Westminster. Named after a town in Spain, where England defeated both France and Spain in war. While you’re in the area don’t miss the surrounding sites of Westminster. Big Ben, the London Eye, Westminster Abbey. 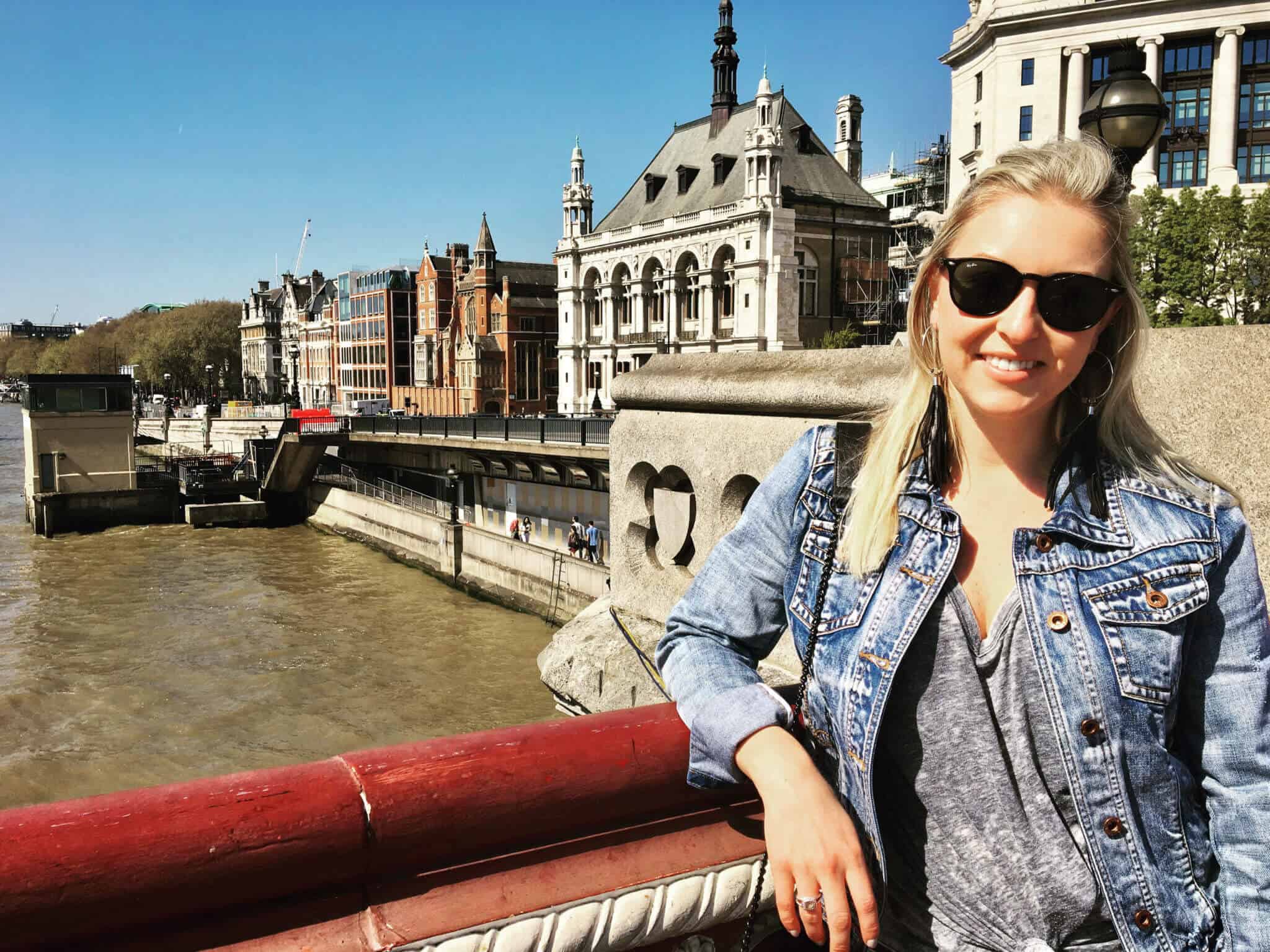 After taking in the sites of London, make like a Brit and head to the local pub. While pubs can be found on almost every corner, and line almost every street, we opted for one of the oldest pubs in London, Lamb and Flag. Established in 1772 and located in one of London’s best neighborhoods – Covent Garden – you still get a taste of a local feel.

After drinking local beer and taking in the atmosphere, head to dinner before seeing a show on the West End. A famous London tradition, shows that rival New York City’s Broadway. We opted for sushi at SUSHISAMBA. A great location, perched on the 29th floor, which looks over all of London. And while the atmosphere was great, the food was rather mediocre. I would suggest getting a cocktail on the rooftop bar of SUSHISAMBA, and taking the elevator further up to the 40th floor where you’ll find Duck and Waffle. The highest restaurant in all of London.

On Saturday lazily move through the infamous markets of London. I highly suggest spending a majority of the day at the Borough Market. Here you’ll find food vendors from all around the world. Craving Indian food? There’s a stall for that. Cheese? There’s a stall for that. It’s as though you’re exploring every inch of the world, without leaving London. It’s no wonder that it’s one of London’s biggest, oldest, and most renowned food and drink market. Reminding us a bit of Pike’s Place Market in Seattle, my sister and I stumbled happily through the crowds, observing the chefs passionately cooking their tasty cuisine. 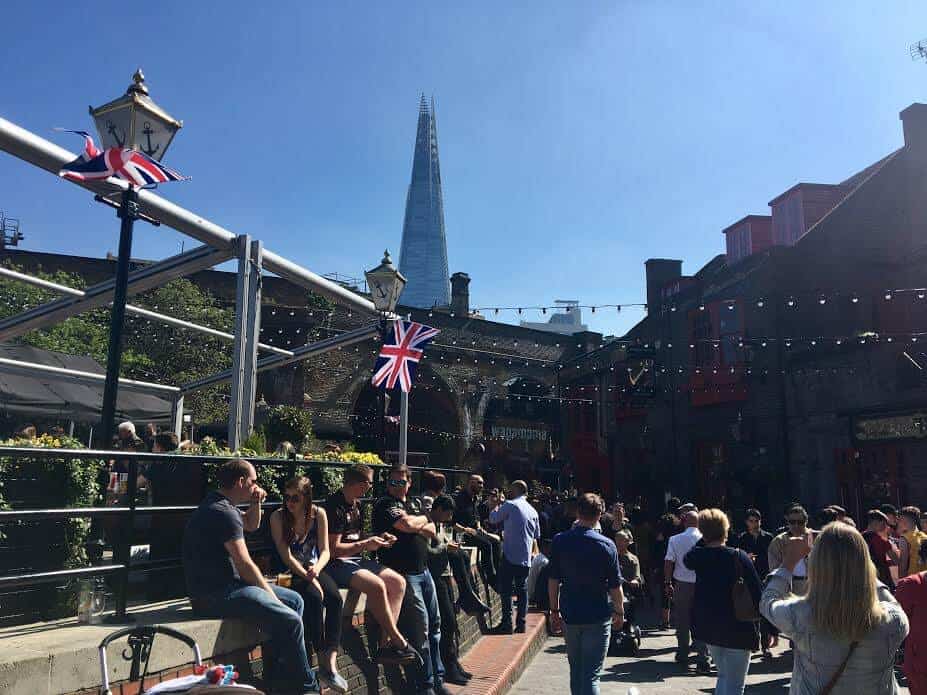 If you still want to market hop your way through town, I’d recommend hitting Camden Market next. If instead you need to get away from the crowds and see the city more peacefully, head to Shoreditch. London’s ultra trendsetting, hipster neighborhood. Spend your time at a coffee shop, vintage shopping, or head to a bar. If you’re in the mood for more food don’t miss Softserve Society. In this neighborhood you’ll find that grungy meets chic, giving you a newfound appreciation for the many facets of London.

And with that it’s time to say goodbye to one of the most famous capital city’s in the world. London, I hope I’ll be back.

Looking to head to Great Britain but want to skip over London? Look no further – Five Places to Visit in Great Britain that aren’t London 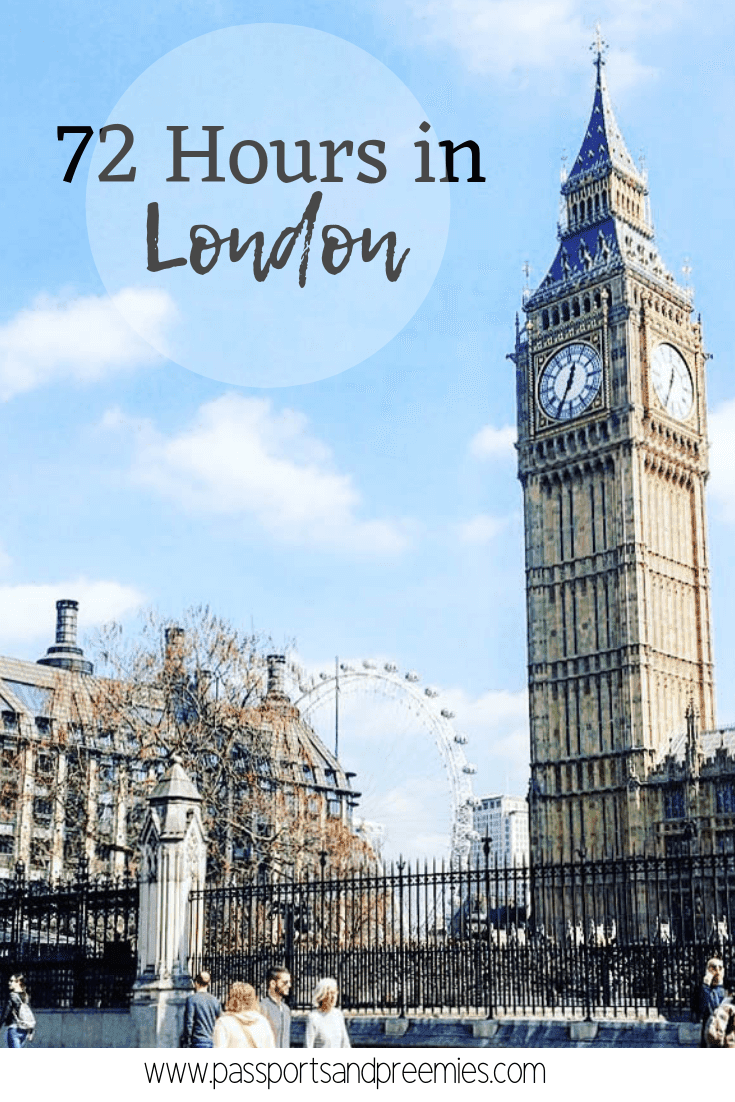 END_OF_DOCUMENT_TOKEN_TO_BE_REPLACED

Shining a Spotlight on Physician Burnout ft. Monica from Mexico