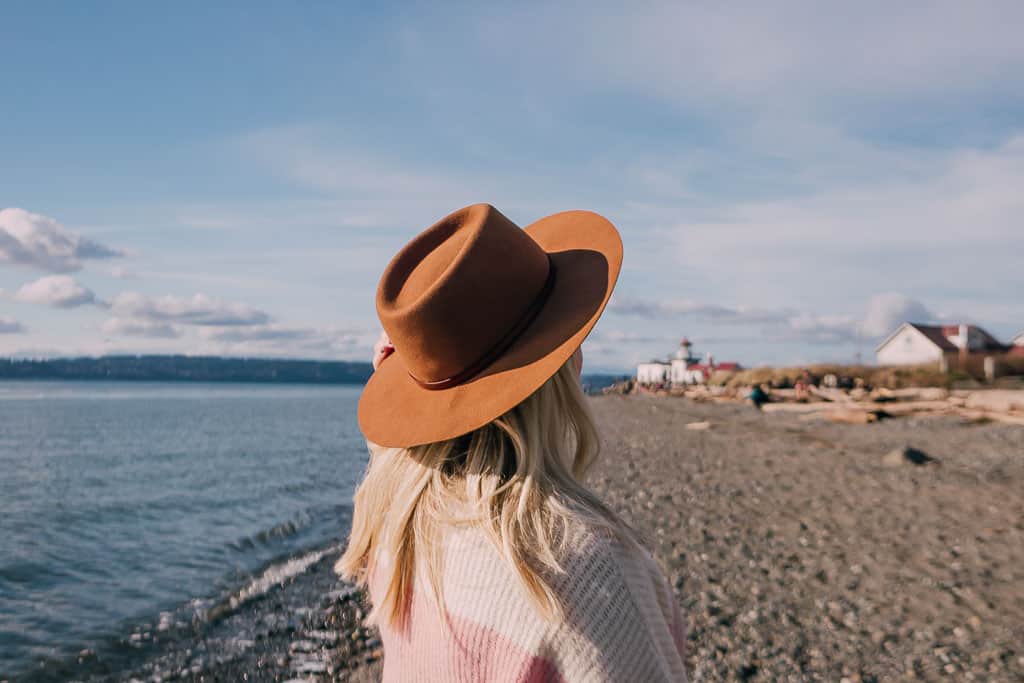 The Ballard neighborhood in Seattle is one of the best in the city.  It’s grungy, laid-back, well known for its beer scene (there are over a dozen breweries in Ballard alone), and has an incredible restaurant scene.  I like to think of Ballard as Seattle’s “hip younger brother”.  Located in northern Seattle Ballard sits just north of Salmon Bay, west of the Fremont neighborhood, and east of Shilshole Bay.

What to Know About Visiting the Ballard Neighborhood in Seattle 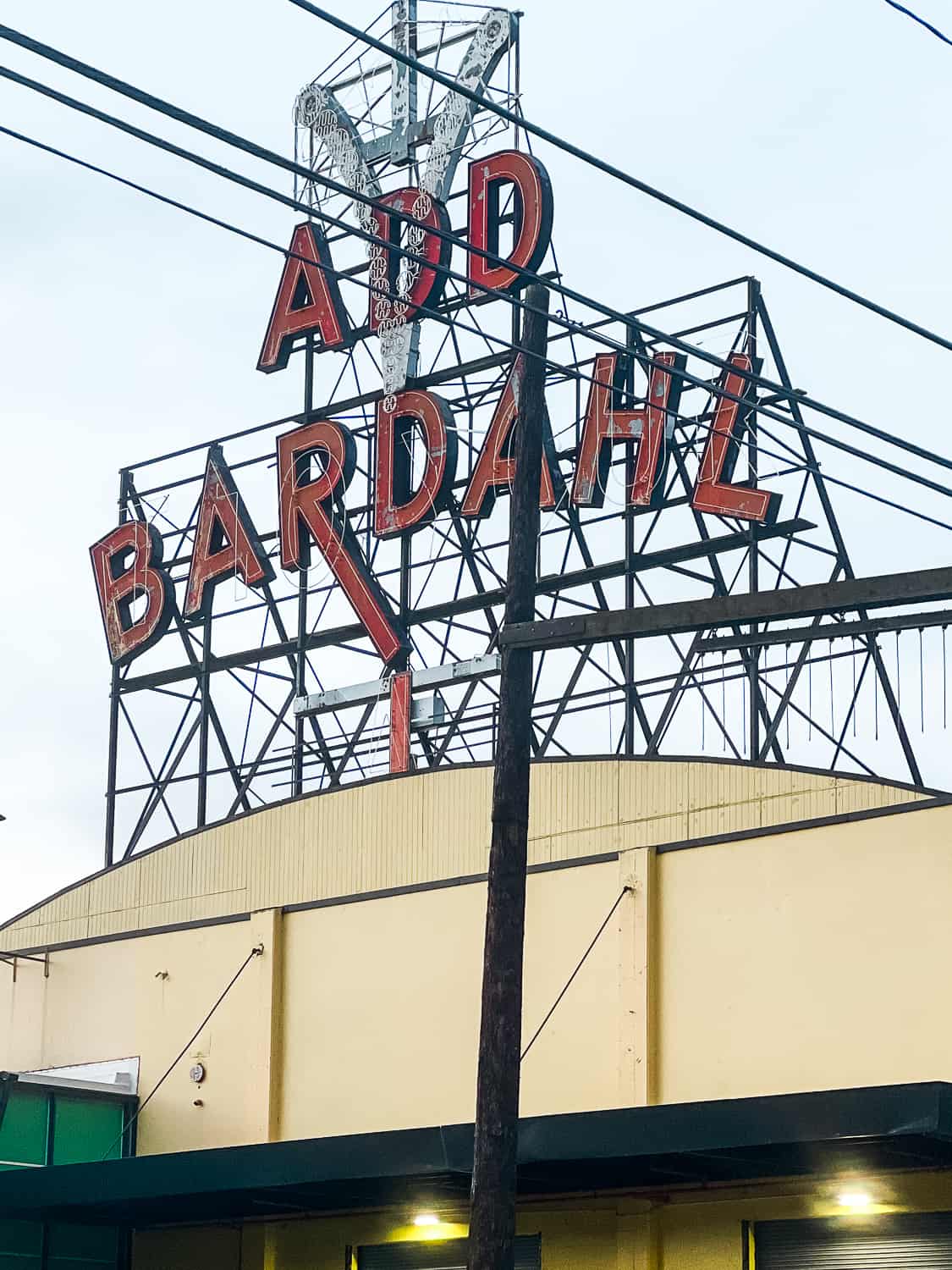 Because of its location, if you’re spending a weekend in Seattle and plan to stay in Ballard you will need to rent a car or expect to rideshare around the area.  The train doesn’t go to Ballard yet so getting to other areas of Seattle can be difficult and expensive without a car.  If I were to visit Seattle, I’d prefer to stay more central and instead visit Ballard for a day to explore the breweries, shops, and eat out in the area.

For more on where to stay in Seattle and tips for transportation, don’t miss The Ultimate Guide to Seattle

The Best Things to Do in Ballard 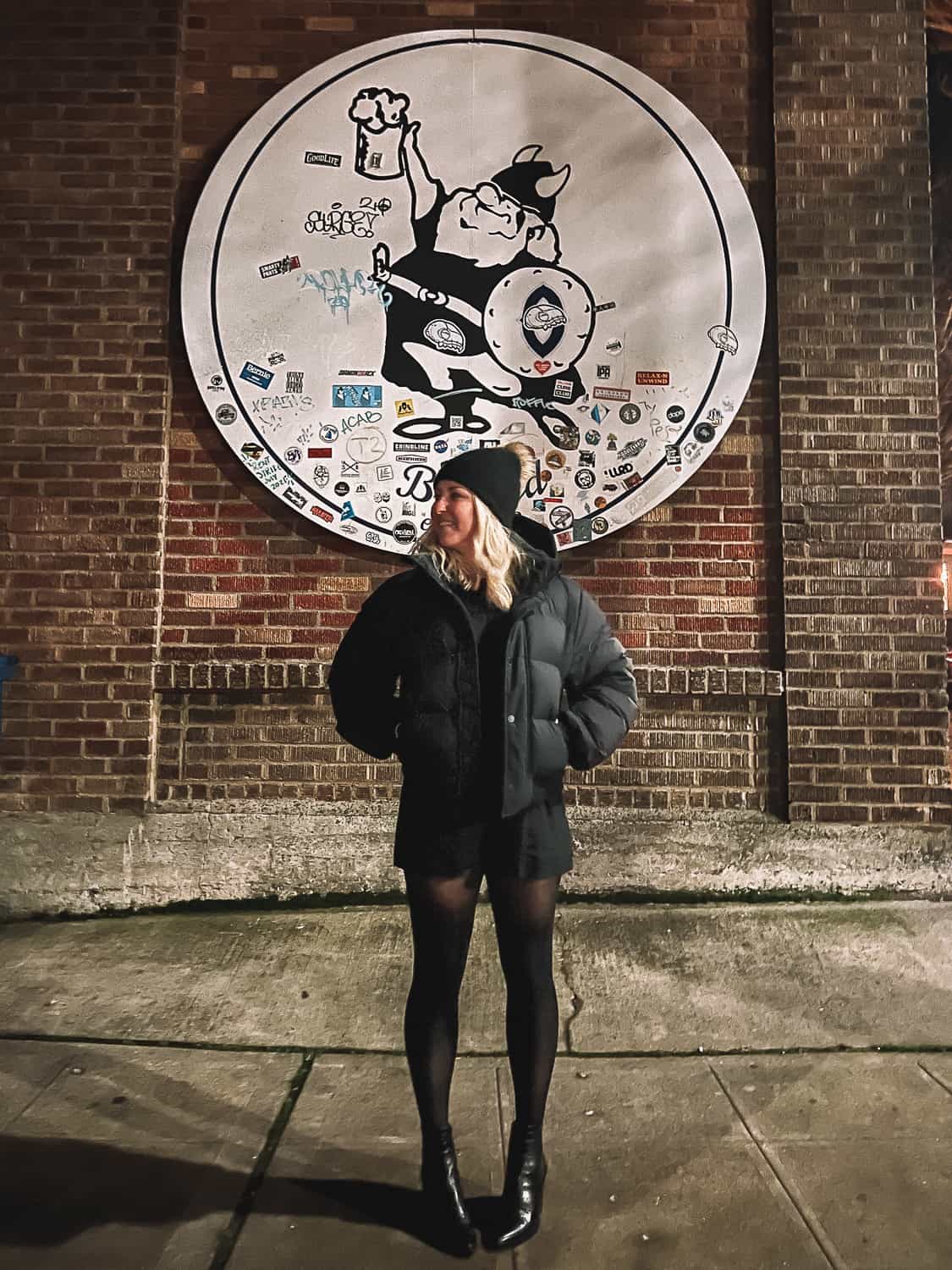 The Ballard Farmers Market is my favorite farmer’s market in Seattle.  It’s held every Sunday (rain or shine) from 9 am to 2 pm.  The produce is sourced specifically from Washington-based farmers so it’s a great way to support locals.  You can access the market from NW Market St & 22nd Ave NW or NW Vernon Place & Ballard Ave NW.

Aside from purchasing fresh produce, there are also food stands so go hungry!

GO TO THE BALLARD SEAFOOD FEST

For more information on the Ballard Seafood Fest, check out this website.

As I mentioned earlier, Ballard is well-known for its brewery scene, drawing locals and tourists to the area to day drink, hopping from brewery to brewery.  There is even a “Ballard Brewery Passport” program that will guide you through 11 Ballard breweries within a one-mile radius.  If you get a passport stamp at each location you’ll receive a gift at Hattie’s Hat.

The Ballard locks are located between Seattle’s Ballard neighborhood and Seattle’s Magnolia neighborhood.  The Ballard locks are characterized by a complex of locks, but what makes this site interesting is that it carries more boat traffic than any other lock in the United States.  It’s also one of Seattle’s top tourist attractions attracting over 1 million people annually.  (By the way, a “lock” is a device used to raise and lower boats between stretches of water.  The largest lock in the world is in Antwerp, Belgium).

The Best Restaurants in Ballard 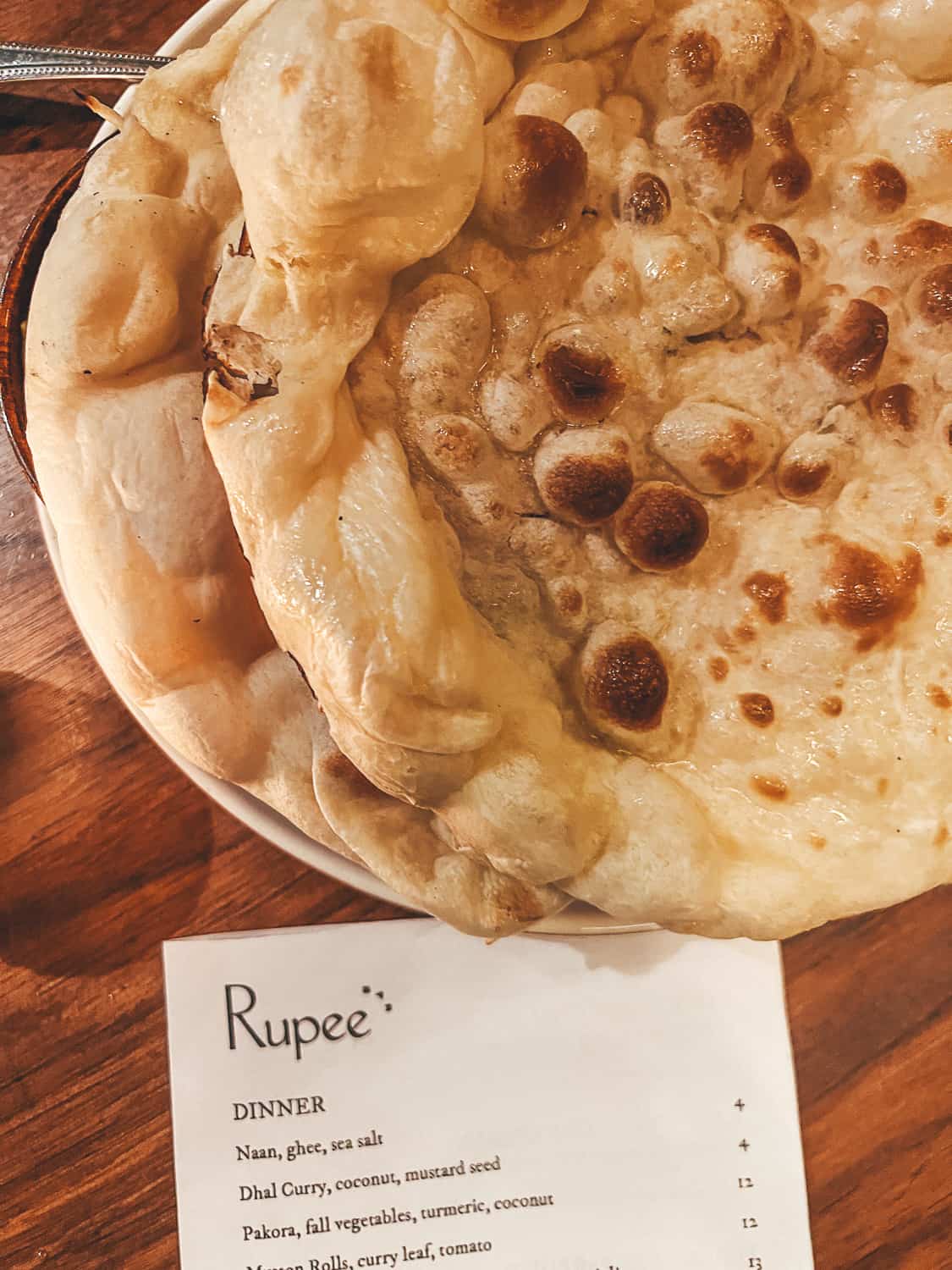 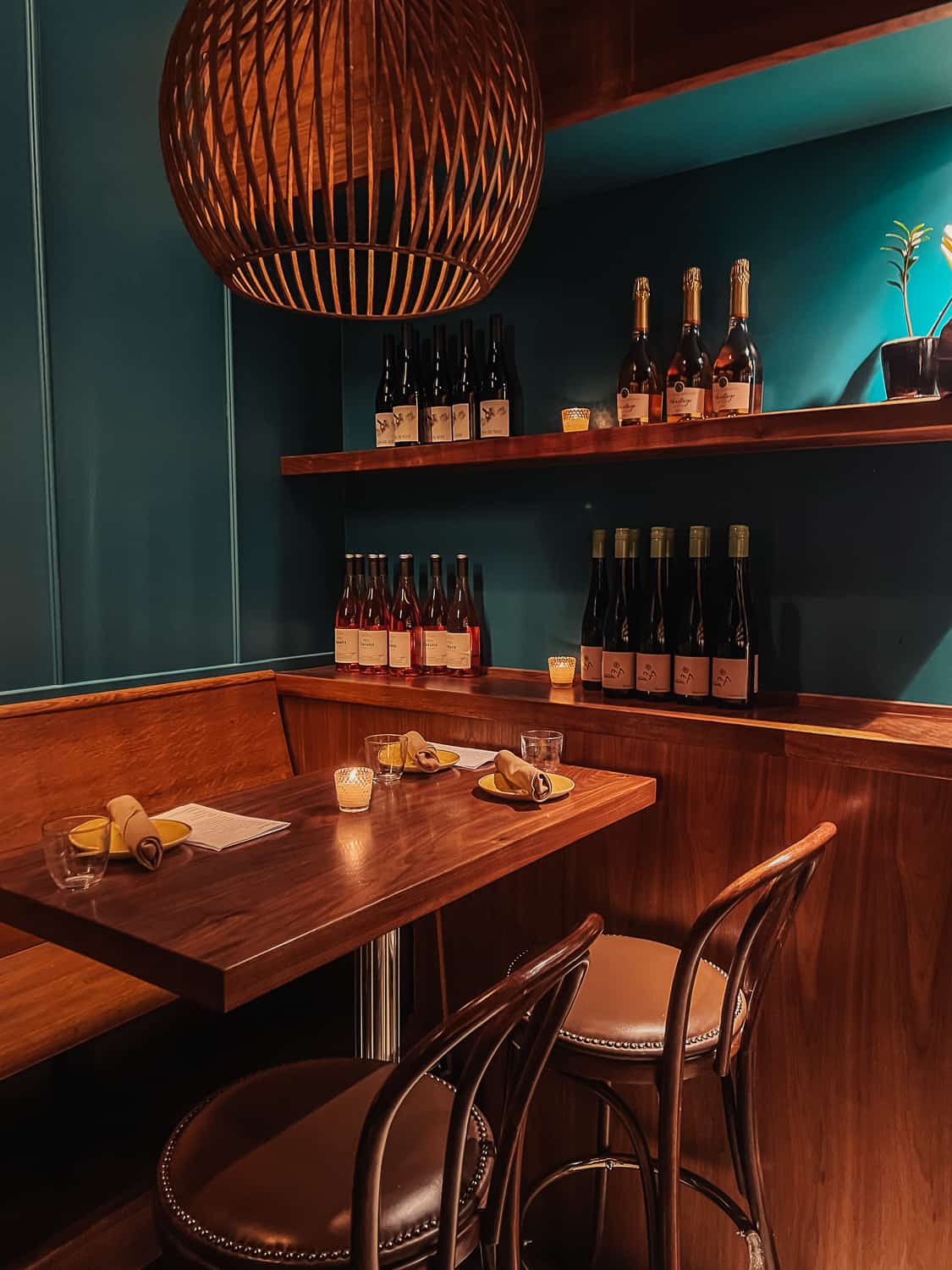 Frankie & Jo’s is an incredible plant-based ice cream shop located throughout Seattle.  And before you knock it for being plant-based, let me tell you – the ice cream is the most pleasant surprise!  Frankie & Jo’s rolls out new flavors each month, but I’m partial to their salty caramel ash – a staple on the menu.

Seattle has some pretty incredible bakeries, and Rosellini’s doesn’t disappoint.  With a small outdoor seating area, Rosellini’s is an ideal spot for takeaway pastries and more savory breakfast items.  While it started as a French bakery and has done a good job of maintaining its roots, the bakery has also expanded to include Italian pastries too.  Rosellini’s is quite famous for their kougin amann, but I was partial to their onion, gruyere, and thyme pastry.

Rupee Bar brings an elevated feel to the grungy (but cool) neighborhood of Ballard.  Its innovative menu of Sri Lankan and Indian fusion food is the perfect touch to a date night out or even a meal to soak up the beer you may have drank from being out at the breweries all day.  Rupee Bar is quite small so I highly suggest making reservations far in advance.

Sawyer is an open and airy restaurant with a patio and innovative indoor seating arrangements.  The owners of Sawyer have created a way to arrange tables so that you feel like you’re the only patrons dining, while still giving the restaurant an open feel.  The cuisine borders on Asian-American and ranks as one of the top restaurants in Seattle.

THE WALRUS AND THE CARPENTER

With an enthusiastic kitchen set in an intimate setting, The Walrus and the Carpenter is the place to go for oysters, small plates, and fresh and innovative seafood.  The Walrus and the Carpenter falls under the Sea Creatures umbrella, a group that owns many of the incredible restaurants in Seattle.  While reservations are not accepted, know that it is perfectly acceptable to wait 2.5 hours for a table at this popular spot.  I suggest putting your name in and heading next door to their sister bar, Barnacle, for apéritifs and small plates to munch on.

A laid-back and casual sandwich shop, Un Bien dishes up some of the best sandwiches in Seattle.  Order at the window and sit at one of the picnic tables offered outside, or better yet take it to go.  Golden Gardens Park is nearby where you can enjoy a Caribbean sandwich on the beach!

The Best Bars in Ballard 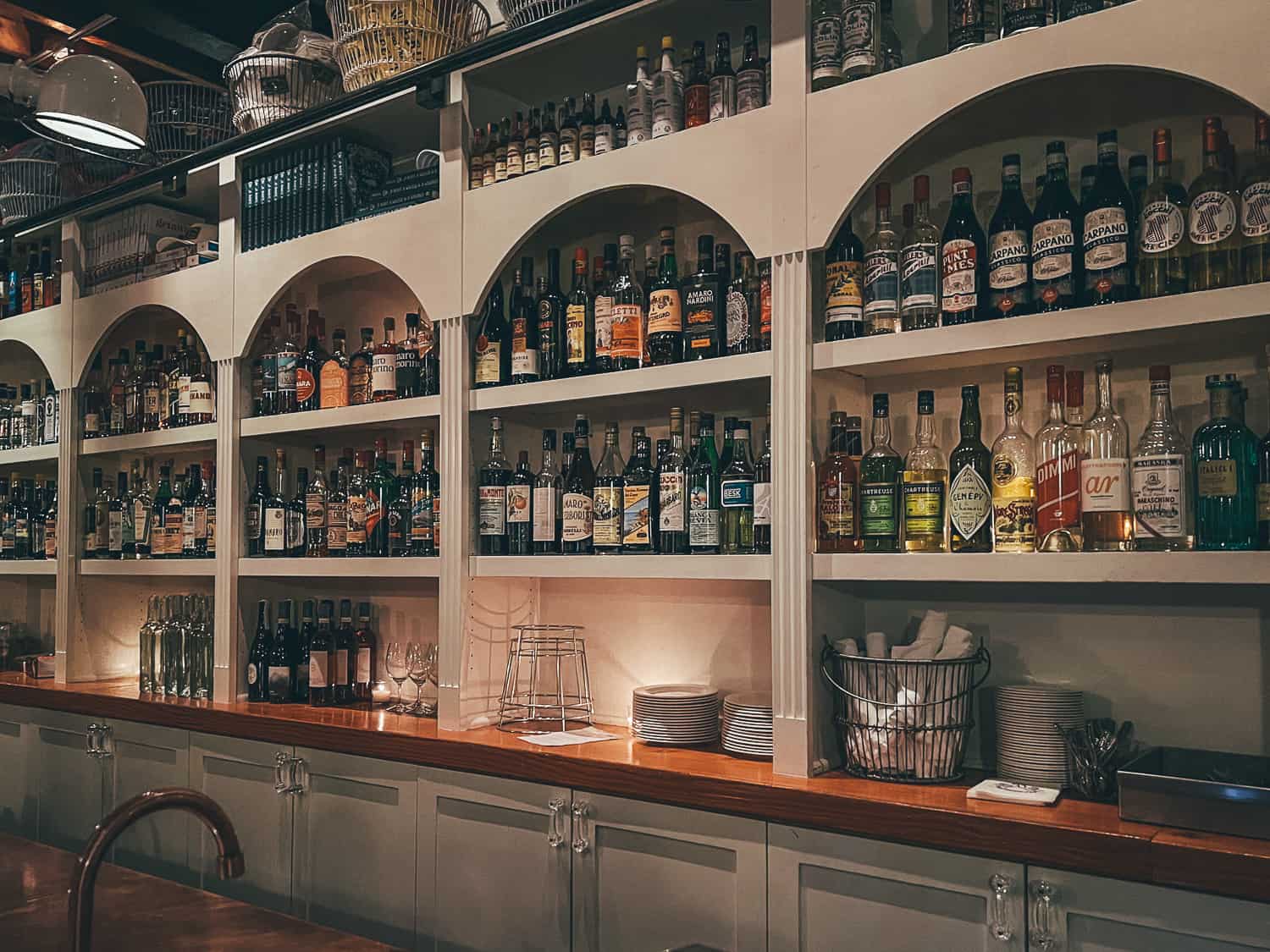 Located next to The Walrus and the Carpenter, Barnacle is the perfect place for cocktails and small bites while you’re waiting for a table at The Walrus and the Carpenter.  Even if you aren’t waiting for a table, Barnacle is a fun, hip, and small bar worthy of a visit.  (Whenever I go I always get the shaved octopus as a small plate.  It’s delicious!).

Lagunitas is a large brewery perfect for big groups to relax, enjoy the beer, and the food that is served.  Also offering both an indoor and outdoor space, aside from board games available Lagunitas also has live music many nights of the week.

A no-frills indoor space with an awesome outdoor patio, Peddler is one of the best breweries in Ballard.  Both dogs and kids are welcome, Peddler has a large beer garden where you can play cornhole, or grab a game and sit at the table.  As a plus, there are Cycle Dogs available!  Cycle Dogs is a food truck located in the beer garden, serving vegan fair and upscale hot dogs.  Also, if you plan to visit Peddler, check out their website first.  They often offer different events such as movie nights in the garden.

Not only do I like Percy’s for their lively bar and extensive cocktail menu, but Percy’s feels like a bit of an enigma in the grungy neighborhood of Ballard.  A little bit more upscale, Percy’s draws an older, fun crowd.  It’s the perfect place to go if you’re interested in staying out late at night.  I also like to get pre-dinner cocktails at Percy’s when I’m waiting for a table to open up at a popular restaurant around Ballard.

Stoup is my favorite brewery in Ballard.  It’s a two-story, intimate space with garage doors opening out to a beer garden.  Stoup allows both dogs and kids and has entertainment for everyone.  Go early to get a spot near the fireplace and cozy up with a beer in hand.

Across the street from Stoup, Urban Family is another large, indoor/outdoor space with entertainment, firepits, and a rotating list of food trucks that visit.

Being one of the coolest neighborhoods in Seattle, Ballard is brimming with things to do, restaurants to dine at, and breweries to hang out at for the day.  If you plan to visit Seattle, I sincerely hope that you venture north to Ballard to see what it’s all about.

If you plan to visit Seattle, you may find these posts helpful:

Everything to Know When Visiting Pike Place Market

A Guide to Seattle’s Most Underrated Neighborhood – Beacon Hill

The Ultimate Guide to the Seattle Food Scene 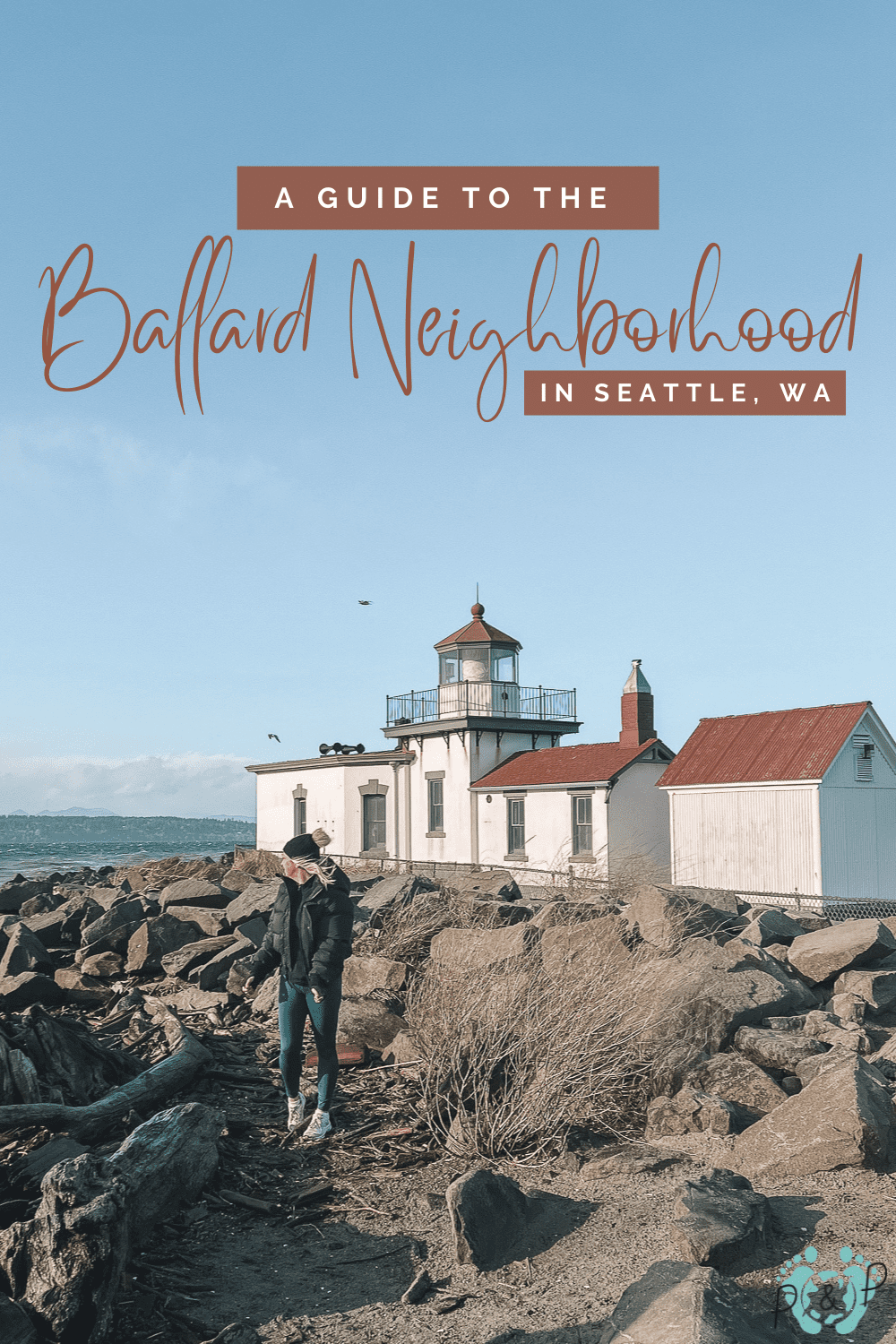 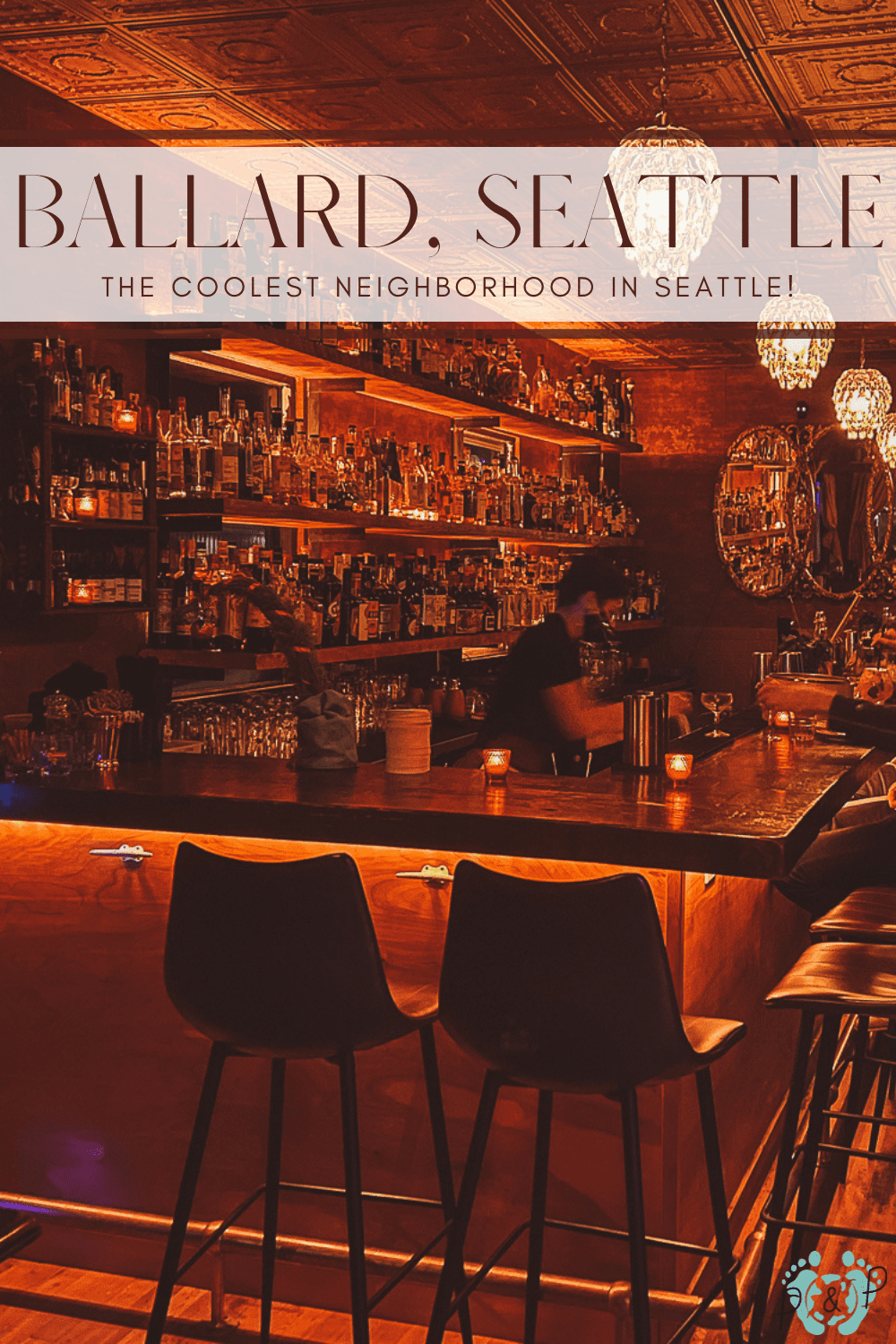 END_OF_DOCUMENT_TOKEN_TO_BE_REPLACED

A Guide to Visiting Kotor, Montenegro