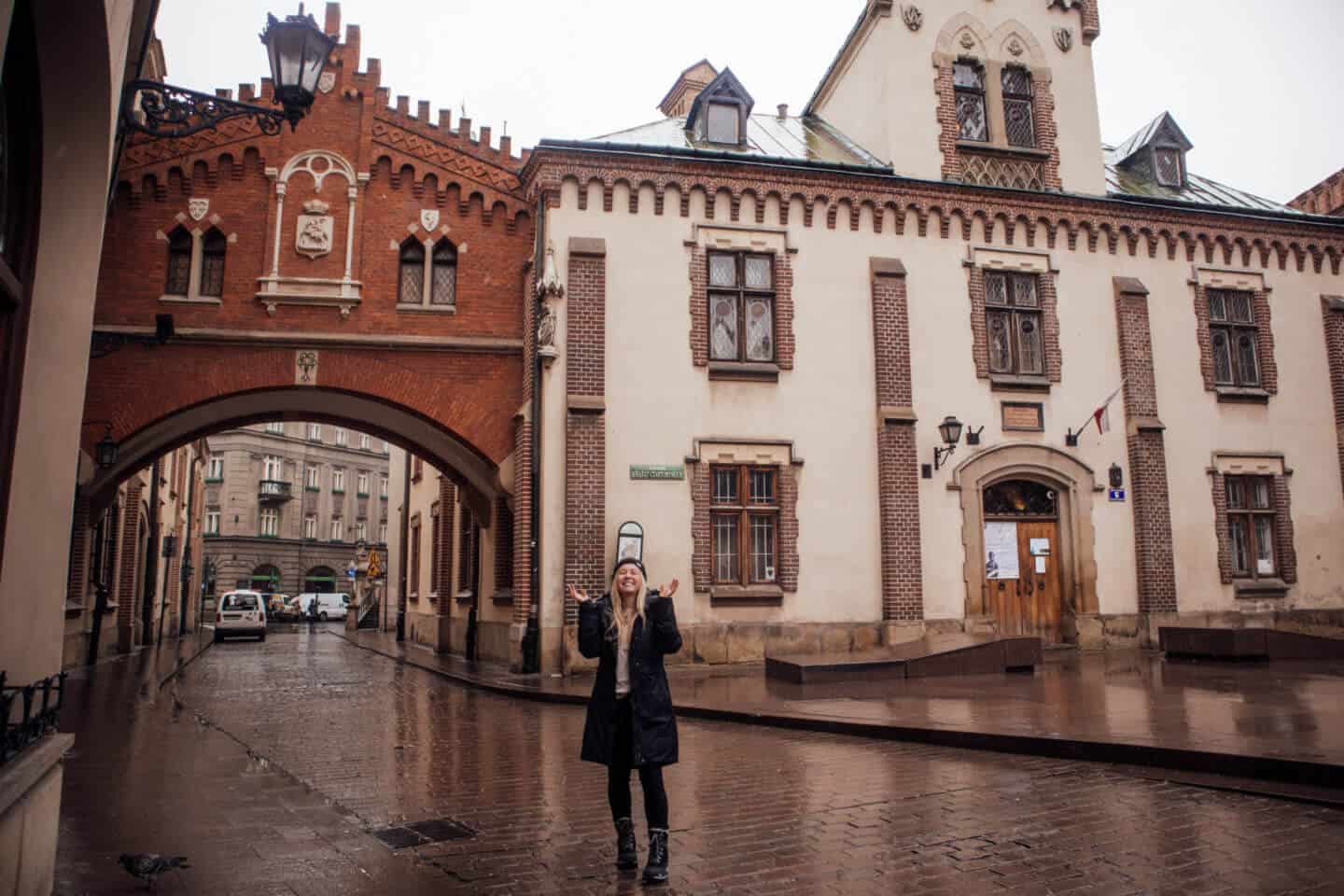 The ever-elusive idea of solo travel.  A trip, alone?  Some people’s worst nightmares, others dream trip.  I found most people saying one of three things to me. First, “I would NEVER want to do that, how boring!”  Okay… good for you.  I do.  Second, “Oh hunny, go and have fun!  When I was your age I wish I would’ve done that!”  Great, thank you, that is exactly why I’m doing it because in twenty years I don’t want to be saying that to someone.  I’d rather be saying “OMG when I took my solo trip…” And third, “I can’t imagine how peaceful it would be to get away from my husband and children for a bit.”  Yeah, I can’t imagine that either.  But mostly because I have neither.

Before leaving on my 17-week journey that would take me through 10 countries in Europe, and four through Southeast Asia, I wouldn’t exactly say that I was in a good place emotionally, physically, or mentally.  Emotionally I was a wreck.  I could’ve cried at the drop of a hat.  Did that stranger just glare at my funny?  Did that person stop talking to me because I have bad breath?  Does anyone notice that I’m almost 30 and don’t have a ring on my finger?  My self-consciousness was at an all time high, my self-esteem an all time low.  Being a normally confident person, this was something that I had never experienced before. I found myself picking fights with both family and friends. I had a jealous streak that I had never had before. And that doesn’t even scratch the surface.

Physically I was the most I have ever weighed.  And trust me, I know that there is more to beauty than what meets the eye, but those extra pounds also didn’t help my self esteem.  I was in a vicious cycle of overeating and overdrinking. And I couldn’t stop.  While my habits weren’t alarming me at the time, looking back I can’t believe I didn’t recognize it all sooner.  I became a stranger to myself.

Normally one to eat healthy and exercise, I found myself eating entire bags of chips in one sitting.  I had tricked myself into thinking I was eating “healthy” foods – tacos and pizza – because I made them myself with “wholesome” ingredients.  And once a lover of the gym… I found it incredibly hard to get there.  I would make excuse after excuse of why I couldn’t go.  And if I did make it?  I’d half ass it and leave earlier than usual.

Mentally I was in a fog.  While I would still consider myself overall happy, I was less happy than usual, but far from depressed.  I felt unmotivated and lacked direction.  I couldn’t quite decide what it was I wanted to be doing both with my life and my blog.  My alarm would go off in the morning and I’d lie in bed for hours convincing myself that it was time to get up.  And usually what made me finally roll out of bed was my stomach rumbling and the promise that if I made it upstairs I could eat breakfast tacos.

15 Weeks into My Solo Journey 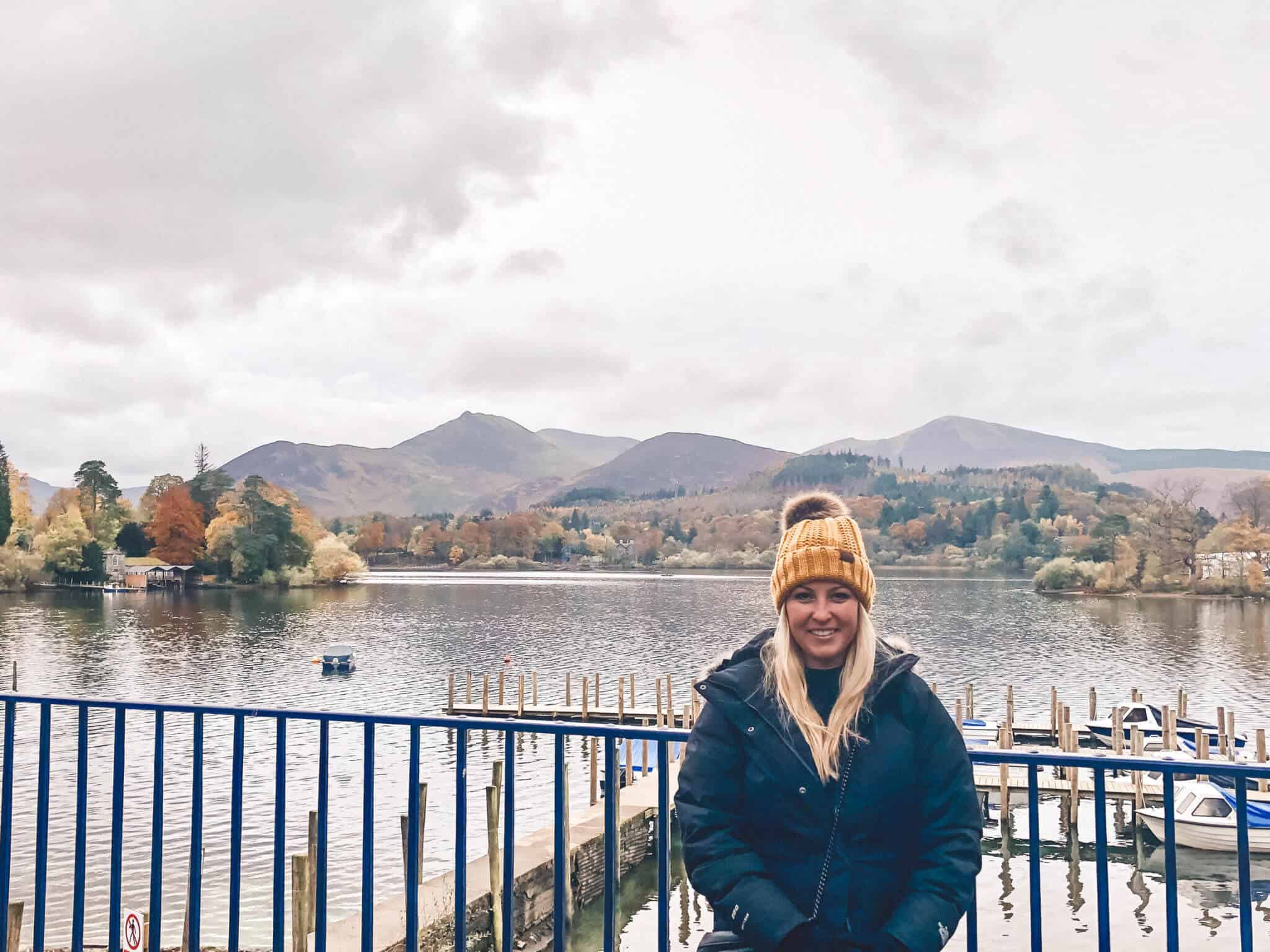 It’s only now, 15 weeks later that I can look back and see my life for what it was. Truthfully, I was overly concerned about what society and other people thought of me.  In my mind I had been planning this solo trip for an entire year before I left, but I didn’t tell anyone until three months before I was set to take off.  I was a nervous wreck that people would judge me and think that I was “weird.” I didn’t have the tools to not care or not listen. I was a slave to what others thought.

15 weeks later and I can say with certainty that first, it is NOT weird to follow your dreams.  Society places social pressures on people starting at such a young age.  You’re told that you have to follow a certain path in life; to grow up, go to school, get a job, get married, have kids, retire, and so on.  But what if I don’t fit that mold?  What if YOU don’t fit that mold?  Then what?  We’re supposed to wade through life just going through the motions while emotionally, physically, and mentally we get bogged down with the mundane day to day?  What if we’re destined for more?  What if we want more?

Solo Travel, it Changed Me 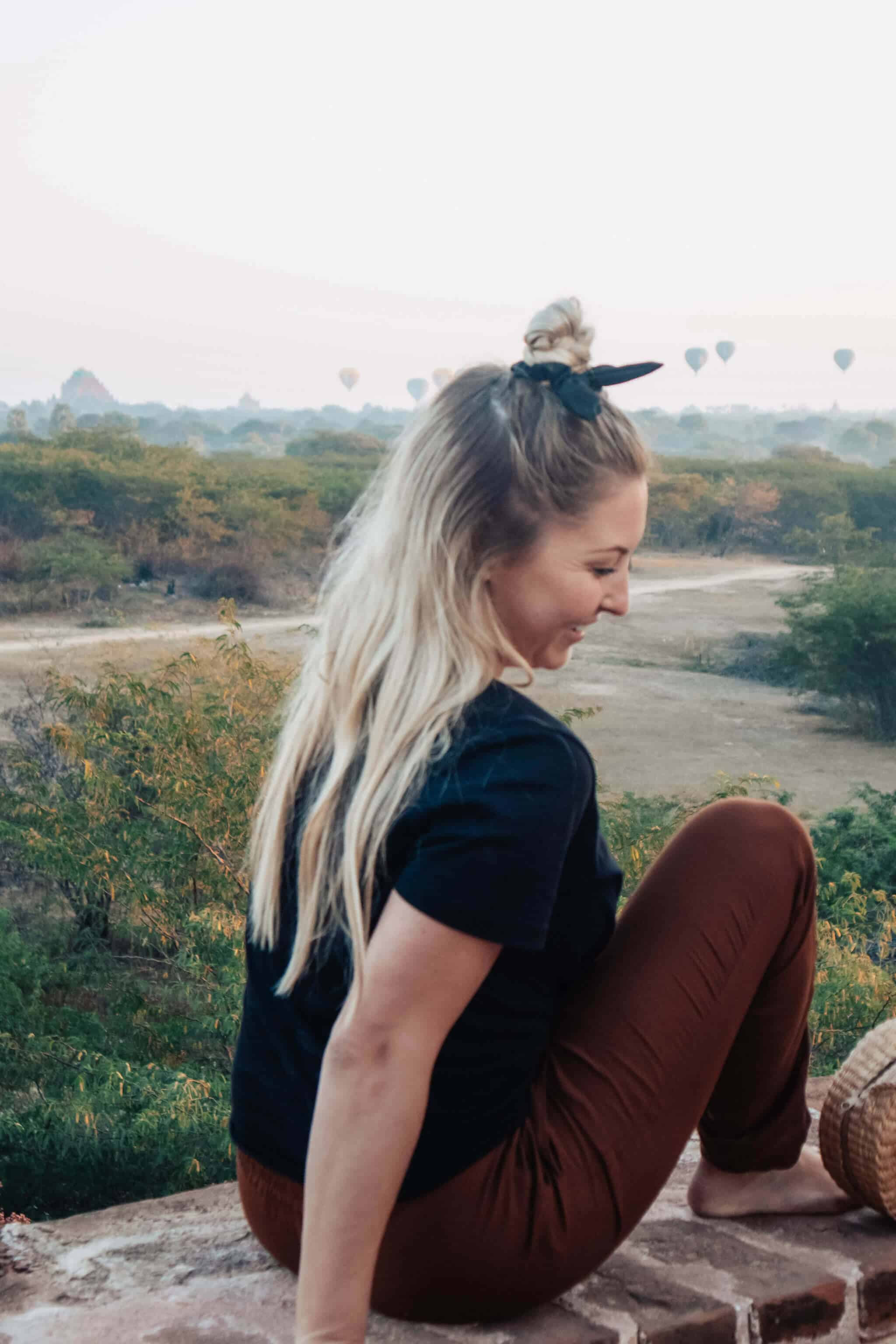 Not only was my solo trip one for the books.  I chased the Northern Lights through Finland.  Rented countless mopeds throughout Southeast Asia.  Ate street food with locals and partied until dawn with other tourists.  I experienced utter happiness, extreme loneliness, and intense fear.  I welcomed these feelings in knowing that in order to heal… you have to acknowledge what you’re feeling.  Eventually that overly emotional part of me that wanted to cry if someone looked at me funny, went away.  My self-confidence and self-esteem began to rise.  I stopped putting others first, and started to put myself first. And without realizing it I stopped arguing with friends and family. I stopped feeling jealous of others. I started to want whats best for my friends and family, and began cheering strangers on!

And mentally, I no longer allow my alarm to go off 10 times before getting out of bed.  My head feels clearer, I feel as though I have a sense of direction, and I am excited for each day that comes. 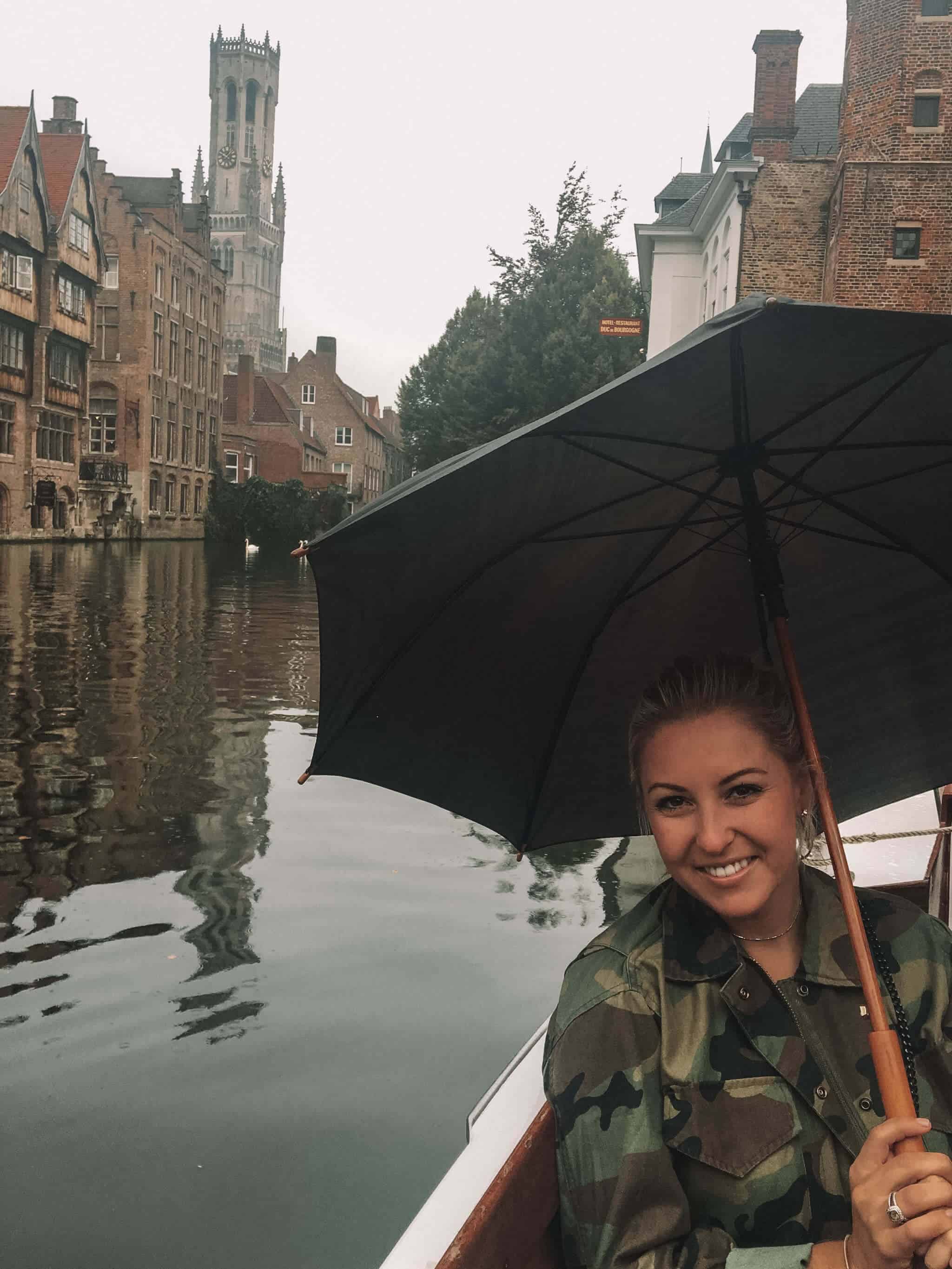 Being alone doesn’t allow you to hide behind someone or something else.  You have to face your feelings head on in order to move forward.  If you embrace it, solo travel changes you from the inside out.  While you move from destination to destination you’re also moving from one feeling to the next.  Figuring out what makes you you.  What you like about yourself.  What you don’t like about yourself.  Being alone is like putting yourself under a microscope. You begin to peel back the layers and see the flaws you’d like to change.  But you also see the wonderful parts about yourself that you’d like to nurture.

So while solo travel is fun and exciting and an elusive idea of “getting away from it all”.  It also allows you to get to know yourself better.  Once you peel back those layers and work through those feelings – both good and bad – I hope you find a person that you like to spend time with.  Because in the end it doesn’t matter how far you travel. How many countries you visit or how many things you check off your bucket list.  What matters is that you love yourself.  And in turn, others will love you too.

13 Things I Wish I Knew Before Becoming a Lone Traveller

The One Things that Nobody Tells You About Solo Travel 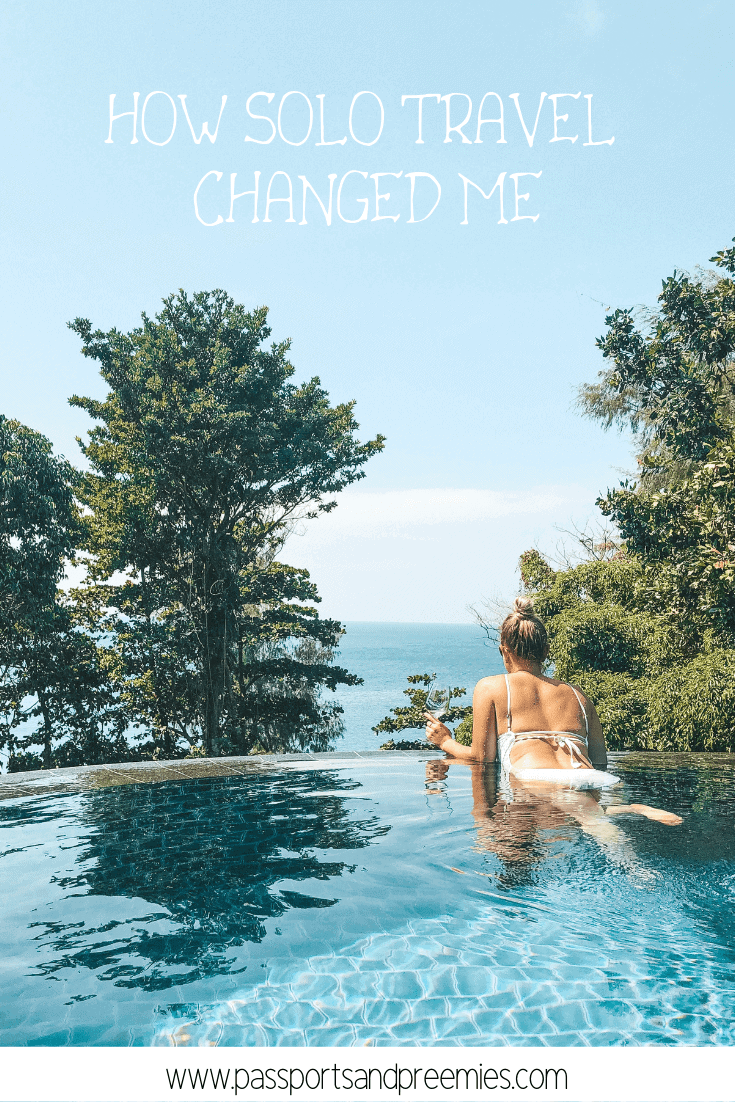 END_OF_DOCUMENT_TOKEN_TO_BE_REPLACED

How to Have a Perfect Weekend Trip to Seattle

The Ultimate Guide to Seattle