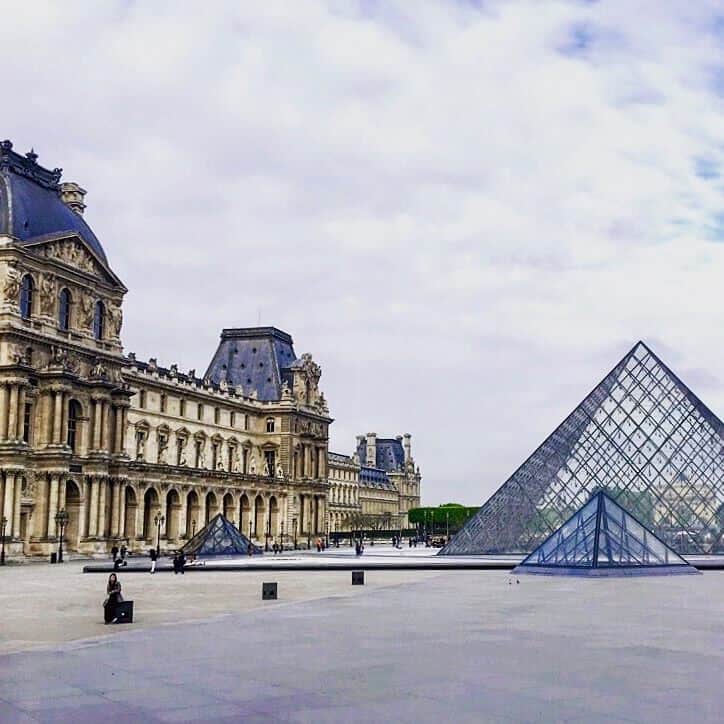 Paris. The city of lights, love, and charm. French people walking around town, baguettes in hand, cheek kissing their friends as they walk by. I am still pinching myself that I had the opportunity to go to Paris, observe the way French live their lives, and stick around for six whole days! What a chic and fascinating city. And while I was lucky enough to spend six days in Paris, there is still so much more to see and do. You could wander the city for days on end and never even scratch the surface.

With a city that can be so overwhelming, the best way to explore is neighborhood by neighborhood.  Dive into one part of town, get to know it, and then move on.  For that reason I’m highlighting my favorite Paris neighborhoods and what to do in each! Sainte-Chapelle – A 12th-century gothic style church built to house relics by King Louis IX.  It also held Jesus’ crown of thorns which cost more to obtain than it cost to build Sainte-Chapelle.  Cost of admission is 10 Euros.

Shakespeare and Co. Bookstore – One of the most famous bookstores in the world, and a bookstore that you can spend the night in.

Café de Flore – One of the oldest cafes in Paris and a great place to sit on the patio and people watch. Lavomatic – A speakeasy inside of a washing machine Harry’s New York Bar – The bar that invented the Bloody Mary; named the New York Bar because the wood used for the bar was shipped from New York during the prohibition.

Highlights of the Right Bank

The Louvre – The world’s largest art museum, known for housing the Mona Lisa And that is six days spent in Paris!  Au revoir, I’ll be back one day!