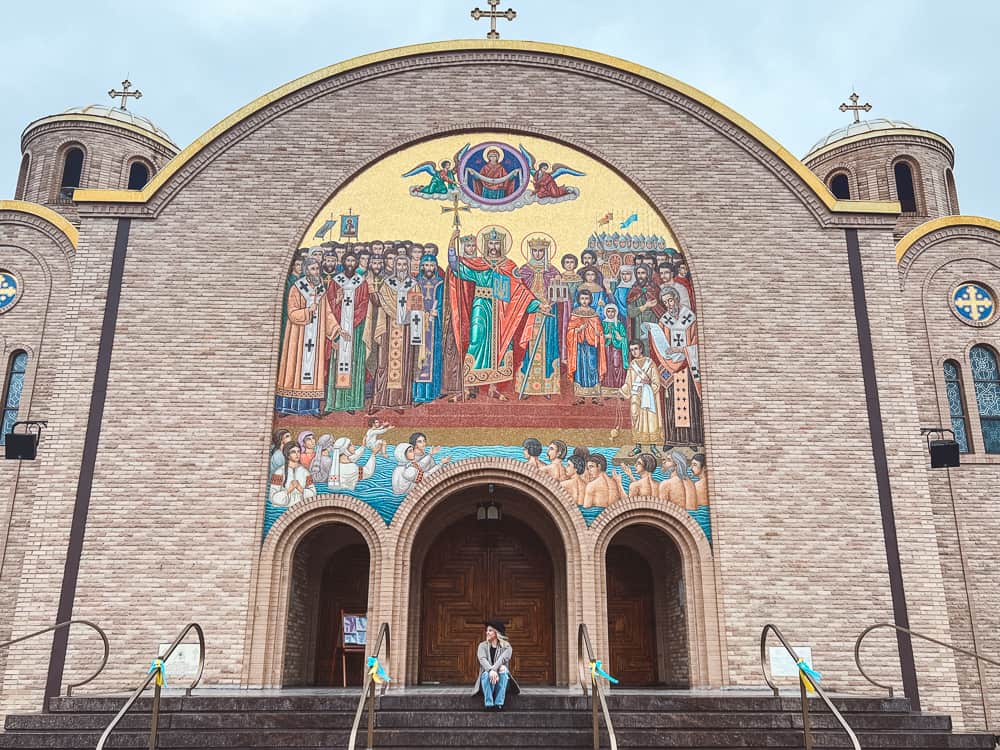 Chicago’s Ukranian Village is located in the western part of the city between Wicker Park and West Town.  While the neighborhood itself is small area, it’s estimated that approximately 15,000 ethnic Ukrainians call the area home, one of the largest Ukrainian settlements in the United States.  The reason that so many Ukrainians began to settle in this part of Chicago was because at the time of settlement there was a Polish neighborhood nearby and it’s thought that the Ukrainians felt comfortable and familiar being around Poles.  But the neighborhood didn’t start out as Ukrainian.  Originally the area was developed by German immigrants, but when Ukrainians and Russians began to migrate in the late 1800s, early 1900s, Ukrainians far outnumbered any other ethnic group trying to settle in the region.

Today you can easily visit the Ukrainian Village, spending a day learning about Ukrainian customs, traditions, eating traditional food, and drinking traditional drink.  It’s a fun neighborhood that’s a bit off the beaten path if you’re looking to explore a different side of Chicago.

A Guide to the Ukrainian Village in Chicago 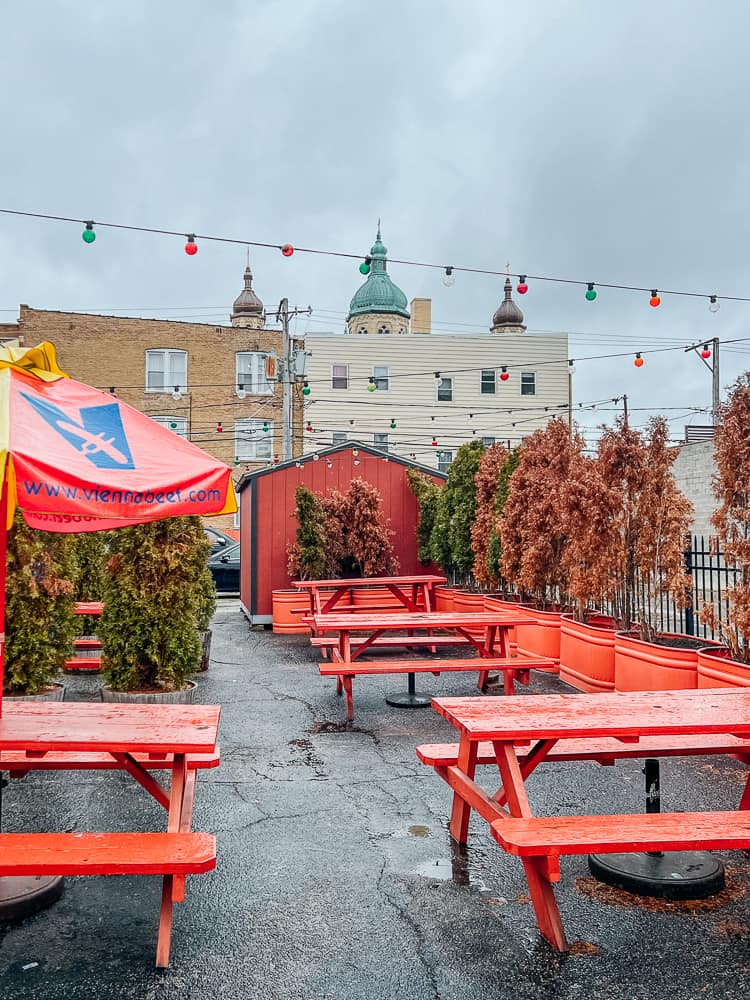 Because the Ukrainian Village is quite small, only about two square miles, you don’t need much time to see the highlights of the neighborhood.  You can easily explore this area in one afternoon, which I highly recommend.

How to Get to the Ukrainian Village

When Should You Visit the Ukrainian Village?

There are a few key things to see in the Ukrainian Village and in order to see all of the recommend things, I highly suggest visiting the Ukrainian Village Thursday-Sunday so that everything is open.  As far as the best time of the year, that’s really up to you.  Of course it’s most pleasant to walk around when it’s warm out, signifying that summer time might be your best option to visit.  But because the area is so small and easily walkable, you can also get away with visiting in the colder months too.

How to Spend an Afternoon in the Ukrainian Village 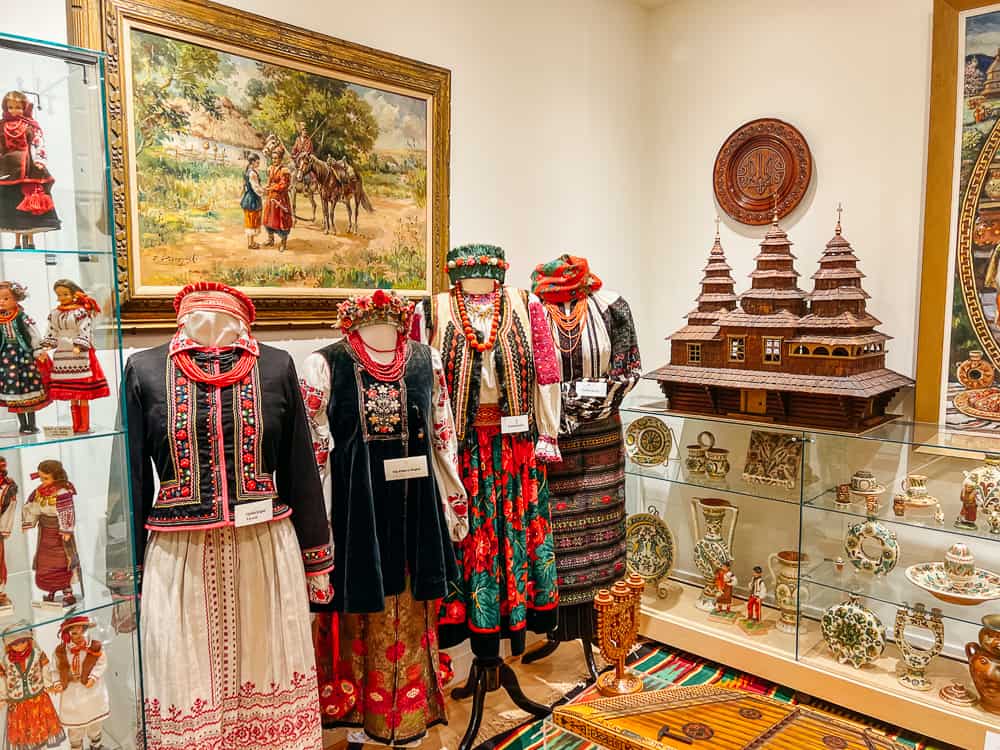 To make the most of your afternoon in the area, I recommend heading to the Ukrainian Village around 1pm.  First you’ll want to head to the Ukrainian National Museum where you can learn about the importance that Ukraine plays on the world stage, Ukraines dark history with Russia, the holodomor (the secret holocaust in Ukraine), as well as seeing and learning about more beautiful aspects of the country.  The cost to enter the Ukrainian National Museum is based on donations, but they request a $10 in cash/adult.  The museum is pretty small so you don’t need much more than an hour here.

After you’ve finished at the Ukrainian National Museum, head to the wine bar All Together Now.  On your way there make sure to stop at Saints Volodymyr & Olha Ukrainian Catholic Church to admire the detailed artwork on the outside of the church. 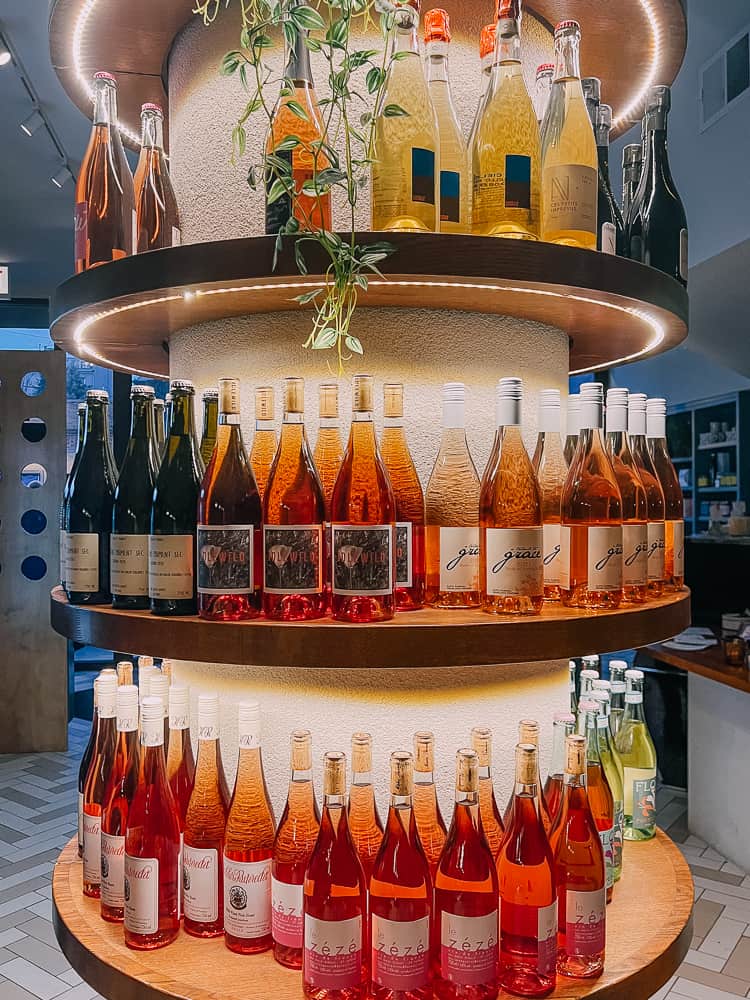 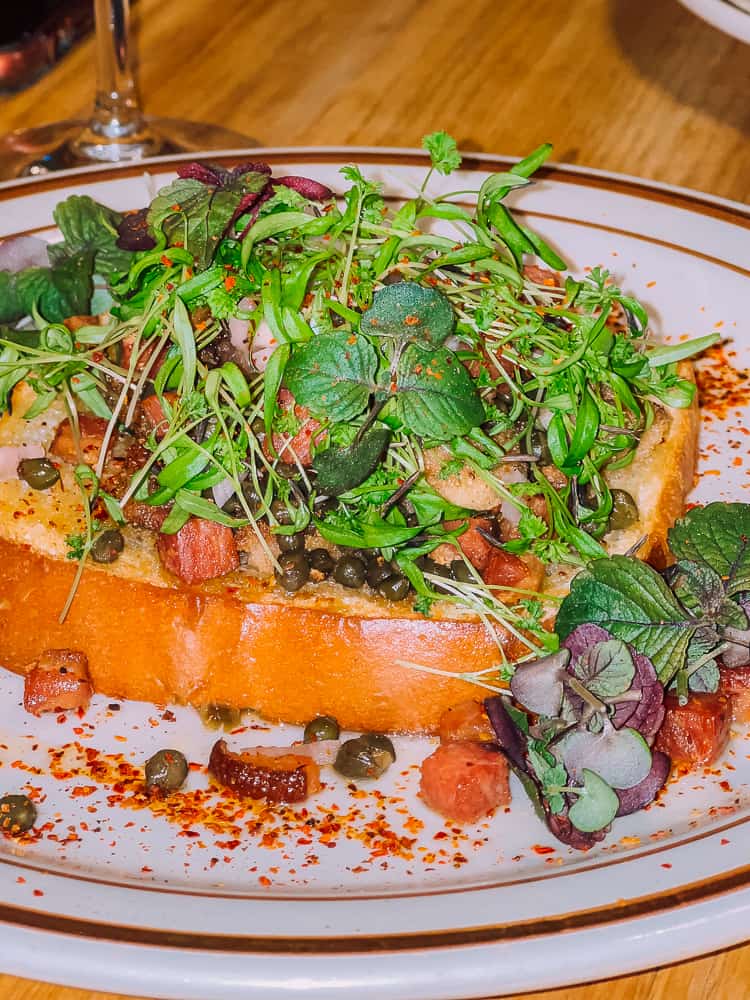 While All Together Now isn’t Ukrainian and doesn’t feature Ukrainian food or drink, it’s one of the best wine bars in Chicago and it’s definitely worth the visit.  I highly recommend sharing some small plates, (the food is incredible), but still leaving room for dinner.  You can purchase wine by the glass or pick a bottle from their expansive wine menu. 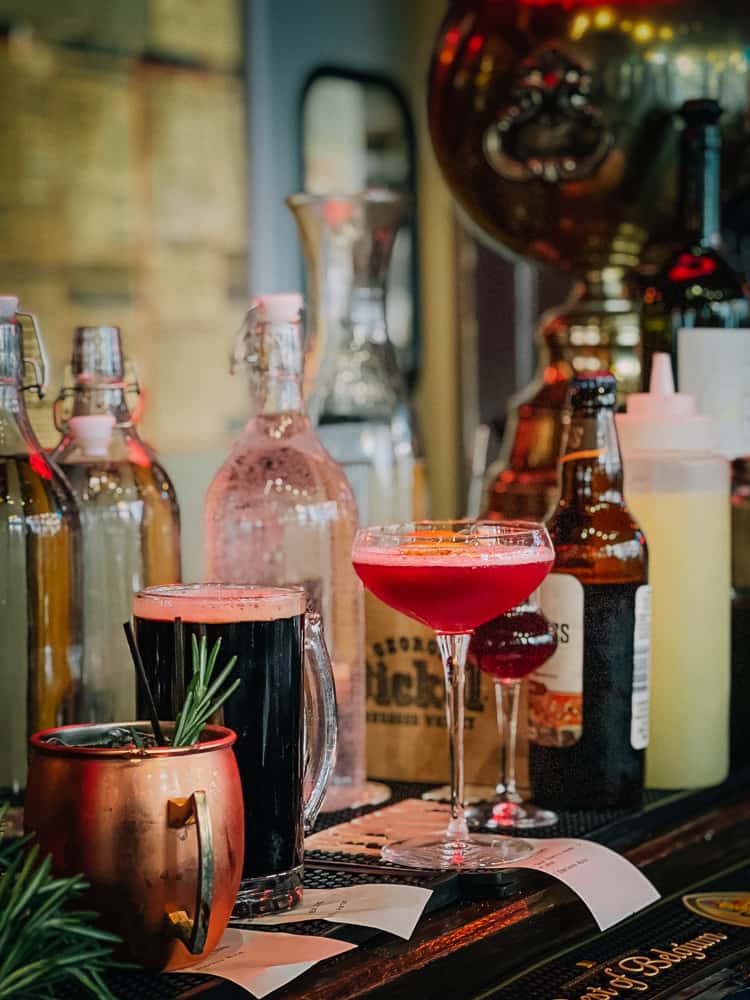 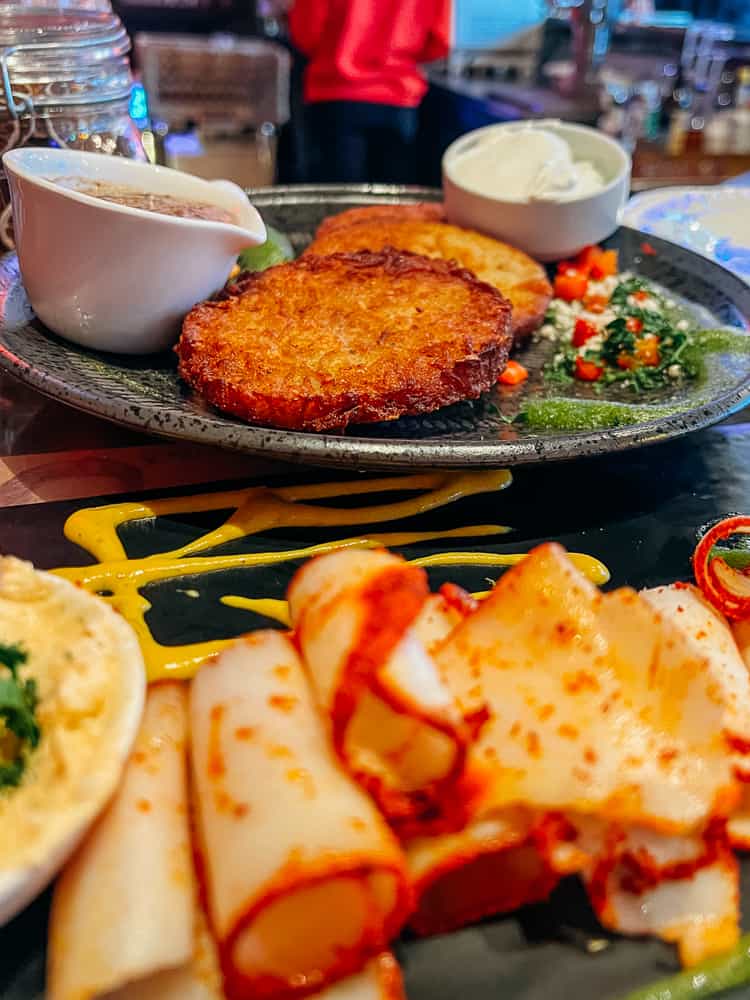 After finishing up at All Together Now, go for dinner at Tryzub Ukrainian Kitchen, a traditional Ukrainian restaurant located down the street from All Together Now.  Tryzub has a funky interior, transporting you to straight to Ukraine.  The menu is strictly Ukrainian specialties and I highly recommend trying out the crispy potato pancakes.  You can also order different flavors of vodka, and even get a vodka “wheel” if you’re feeling up to it.  Fun fact, all prices on the menu come from historic dates in Ukraine.

For such a small neighborhood, the Ukrainian Village packs quite the punch with history to learn, great food to eat, and even better wine to drink.  I highly recommend venturing west to this neighborhood the next time that you visit Chicago. 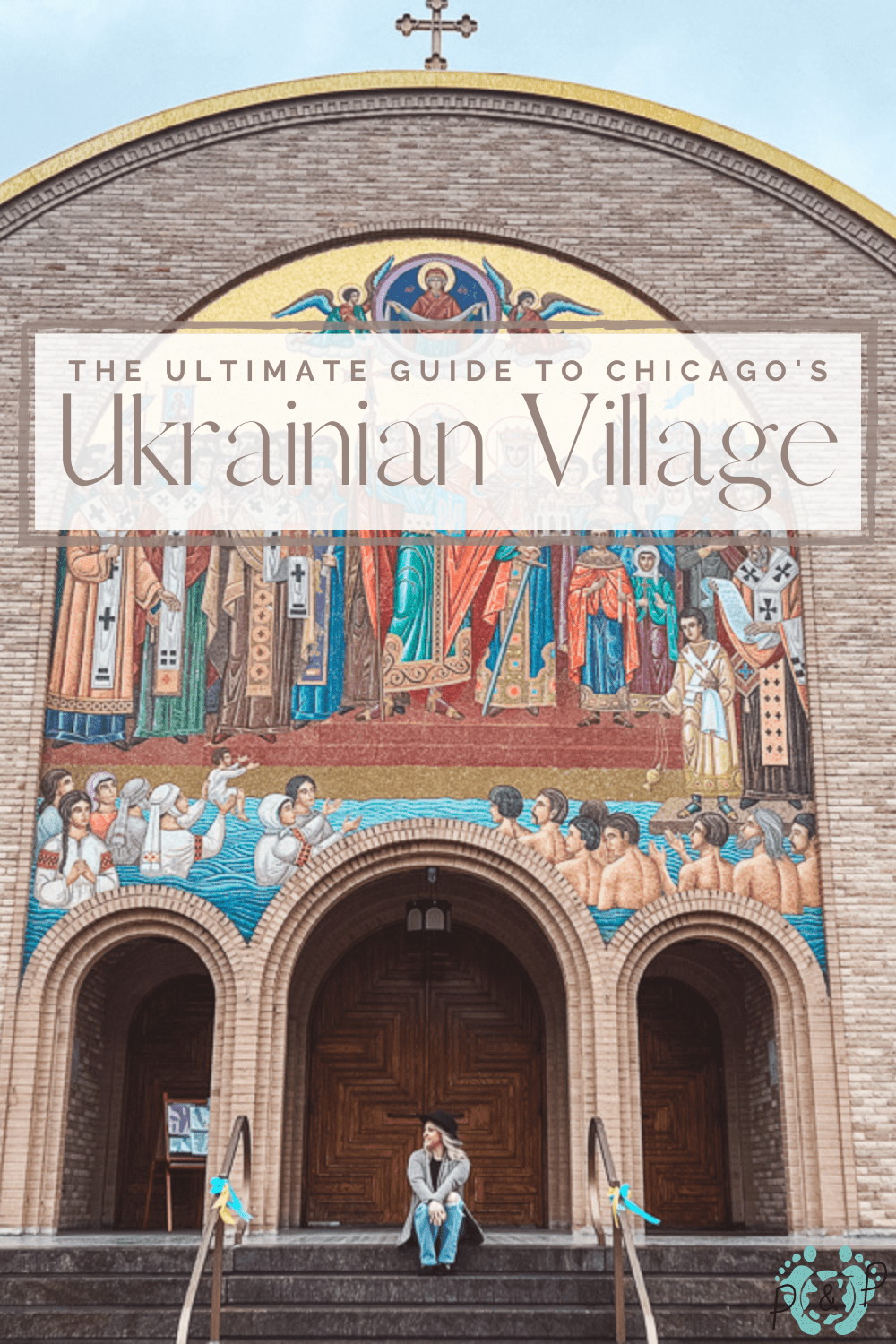 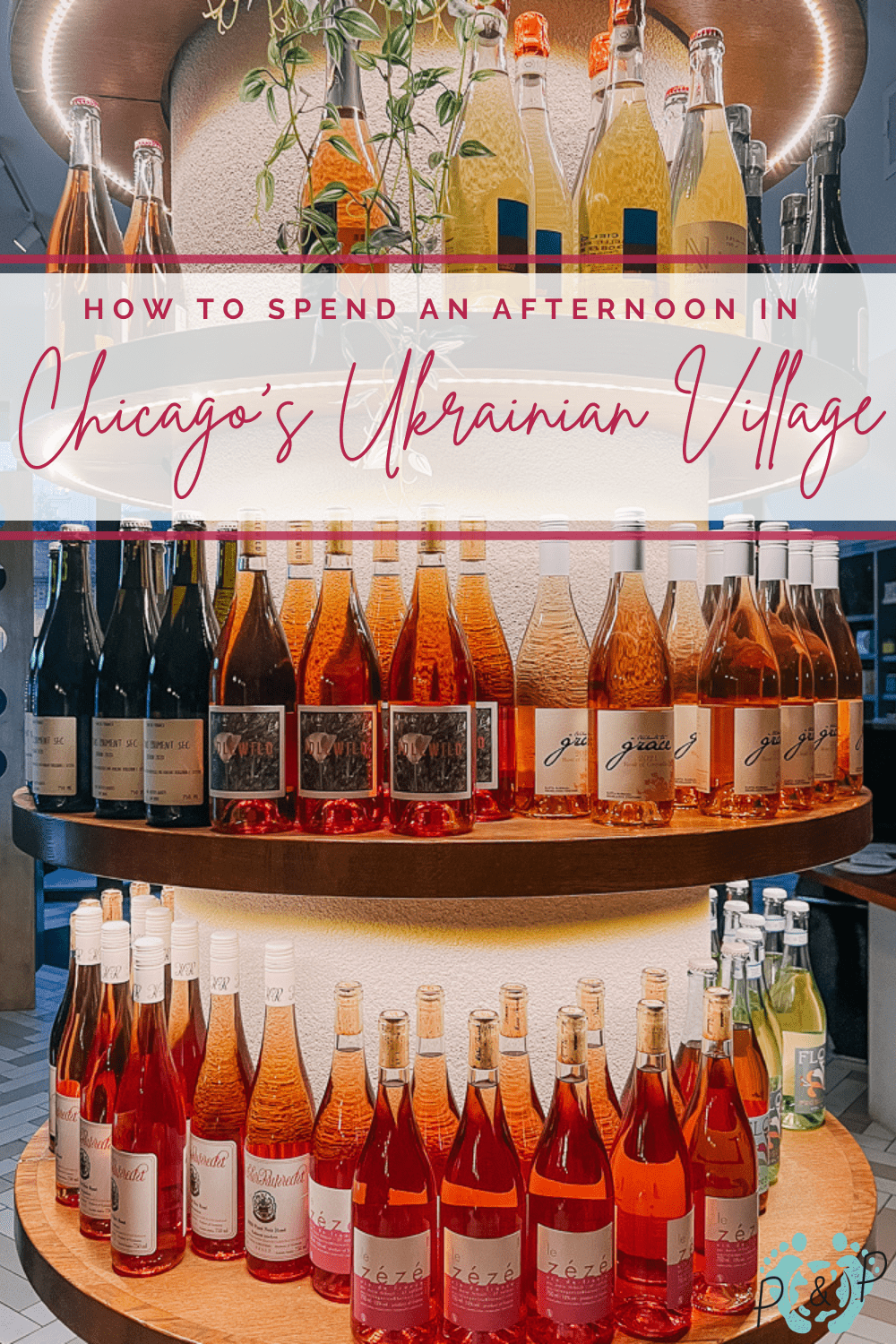