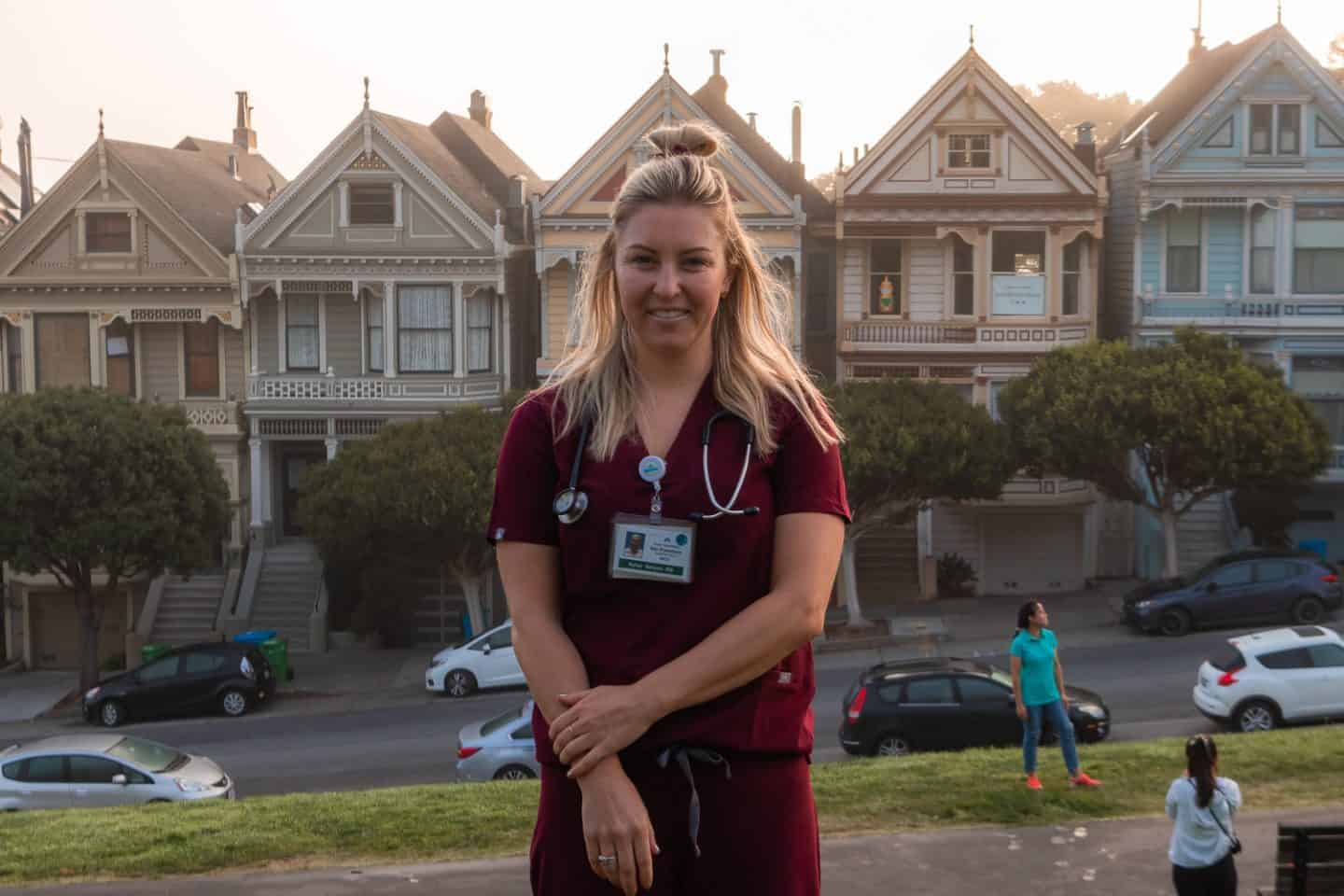 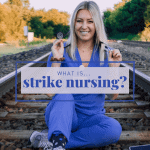 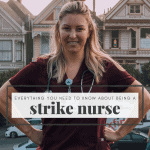 Strike nursing… the oh so elusive (and very lucrative) way to make money as a nurse.  As a strike nurse, you have the chance to make thousands of dollars in a short amount of time.  You’re responsible for stepping in for a nurse who is about to go on strike, filling all of his/her responsibilities with very little help and/or orientation.  Some people who read this may be looking to become a strike nurse, and some who read this may be the ones going on strike.  Everyone has different opinions on striking and I’m here to provide the facts with no bias.  So, if you want to learn more about this elusive (almost secretive) society, keep reading to find out exactly what strike nursing is.

Strike Nursing:  What is it? 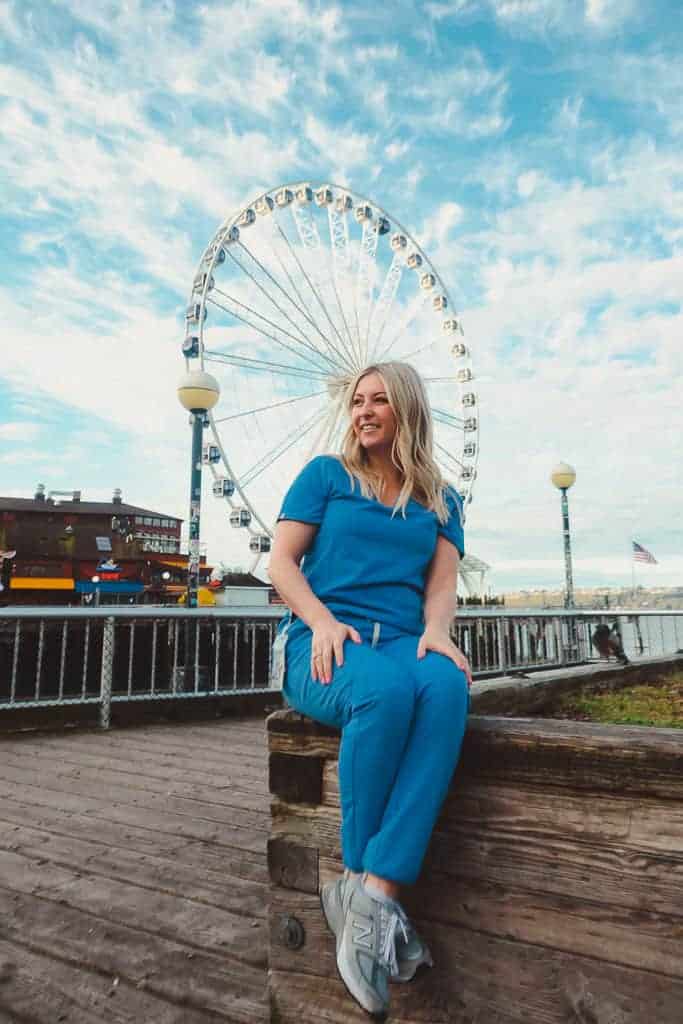 Strike nursing is a temporary role that nurses fill for nurses who go on strike; meaning that for some reason the nurses aren’t satisfied with their job/benefits and won’t show up to work until an agreement is made.  Nurses who go on strike are part of a nurses union, an organization of workers formed to protect and advocate for its members’ best interests.  Nursing unions are all over the United States, but the strongest unions are in Northern California.  The reasons that nurses go on strike vary, but typically have to do with a change in pay, health insurance, etc.  Sometimes nurses are demanding more – more pay, better patient ratios, more time off.  And other times they are fighting to keep what they already have.  In this case, the hospital may be trying to take away part of their health insurance, reduce their PTO, etc.  Typically when nurses go on strike, the entire nursing staff in the hospital goes on strike – it isn’t unit dependent.  And sometimes these strikes even include allied workers (janitorial staff, kitchen staff, etc.).

What Does Being a “Strike Nurse” Entail?

If you’re a strike nurse, as stated earlier, you’re expected to jump into the role of the nurse who is on strike with very little orientation.  This means that it is imperative that you know what you’re doing and you don’t try to become a strike nurse before you have enough experience.  Typically strike nurses are flown to the state striking (you will rarely know exactly which hospital is on strike until you get there), and required to attend orientation for 1+ days.  Some hospitals require a computer orientation, skills assessment, medication test, and require you to complete a mock code.  Other hospitals will just make you show up ahead of time to ensure your credentials are correct and you’re put right to work.

What Should You Expect As a Strike Nurse?

Once you get notified of a strike, the agency who has booked you will book a flight for you.  As a strike nurse, you have to be very flexible and typically have to commit to a certain number of days ahead of time.  For instance, you’ll get a phone call and a recruiter will say, “We are looking for a nurse to work a strike in Southern California, dates are tentative between October-November, and you’re required to commit to 10-days”.  If you agree to this, once the strike moves forward you will be called again to confirm that you’re available and that is when you’ll be given the dates you’re leaving and returning.  Again, you won’t know which hospital you’ll be working at but at this point, you’ll know which city you’re going to because your flight will be booked.

Once the agency books the flight for you you’ll receive information on how to get to where you’re going.  Typically, you’ll head straight to credentialing where you’ll take a drug screen, show your RN license, and any other certifications that you have.  It’s now that you’ll receive notice of which shift you’ll be working – days or nights.  You aren’t allowed to request a shift, instead, you’ll be placed where they need you the most.  Once your credentialing is completed you’ll be shuttled to the hotel.  It is very important that while you’re traveling between places, at orientation, or even getting credentialed, that you are NOT in scrubs.  Scrubs should only be worn in the hospital when you’re working.

At this point, all hospitals vary.  Some will require you to attend an orientation where you’ll get checked off on skills and learn the computer system, etc.  Other hospitals require you to go straight to work.

Once you’re cleared to start working, a bus will pick you up from your hotel and shuttle you to the hospital.  Usually, it’s required for all strike nurses to ride together for safety purposes.  At this point, you’ll be crossing what is referred to as the “picket line”.  The picket line is where the nurses are standing outside with signs and megaphones striking for what they want.  You’ll be ushered to the unit, given an assignment, and expected to hit the ground running.  You do not receive report in person because the nurses before you have already left the hospital before you’ve entered; instead you’ll *hopefully* receive a written report.  Usually, the doctors will be there watching over the patients until the strike nurses arrive.  In some instances, states will court order certain nurses to be present at shifts just in case anything were to go wrong.  This is a core group that will act as your charge nurse and also takes care of the most critical patients.  In other states, even charge nurses walkout and a strike nurse replaces the charge nurse.

The other thing to expect when you arrive at a strike is the possibility that you won’t be working at all.  Sometimes units have overstaffed and you’ll be called off and other times strikes get canceled before you show up.  When this happens you should be compensated for a certain number of hours which you should talk about with your recruiter ahead of time.

Why Should You Be a Strike Nurse?

The main reason that nurses choose to work strikes is because of the pay!  It’s often the most lucrative in the nursing industry.  Base pay varies between specialties, but ICU nurses can earn upwards of $75/hour, and in California, you will be receiving time and a half after 8-hours of work.  Plus you’ll receive meal stipends and other bonus pay throughout the week.  In some cases, you’ll get extra pay for going to orientation months before the strike happens (this is beneficial to the hospital because they are adequately training nurses before the strike).  Your airfare and hotel will also be covered so you don’t need to worry about paying for any of those things, and your license will even be paid for.  While it’s a tough gig overall, the pay is what makes nurses keep coming back to it.

How Do You Become a Strike Nurse?

Strike nursing isn’t pretty.  It’s lucrative because it requires a lot of mental work on your end.  You won’t know where you’re going until the last minute, you will have a roommate that you’re sharing a room with, you will most likely be working every day of the strike (if the strike is 10 days, you’ll be working 10 days), and you’re often stuck waiting around for hours on end with little food or water.  But as the highest paying gig in the nursing world, it’s up to you to decide if the money is worth it or not. 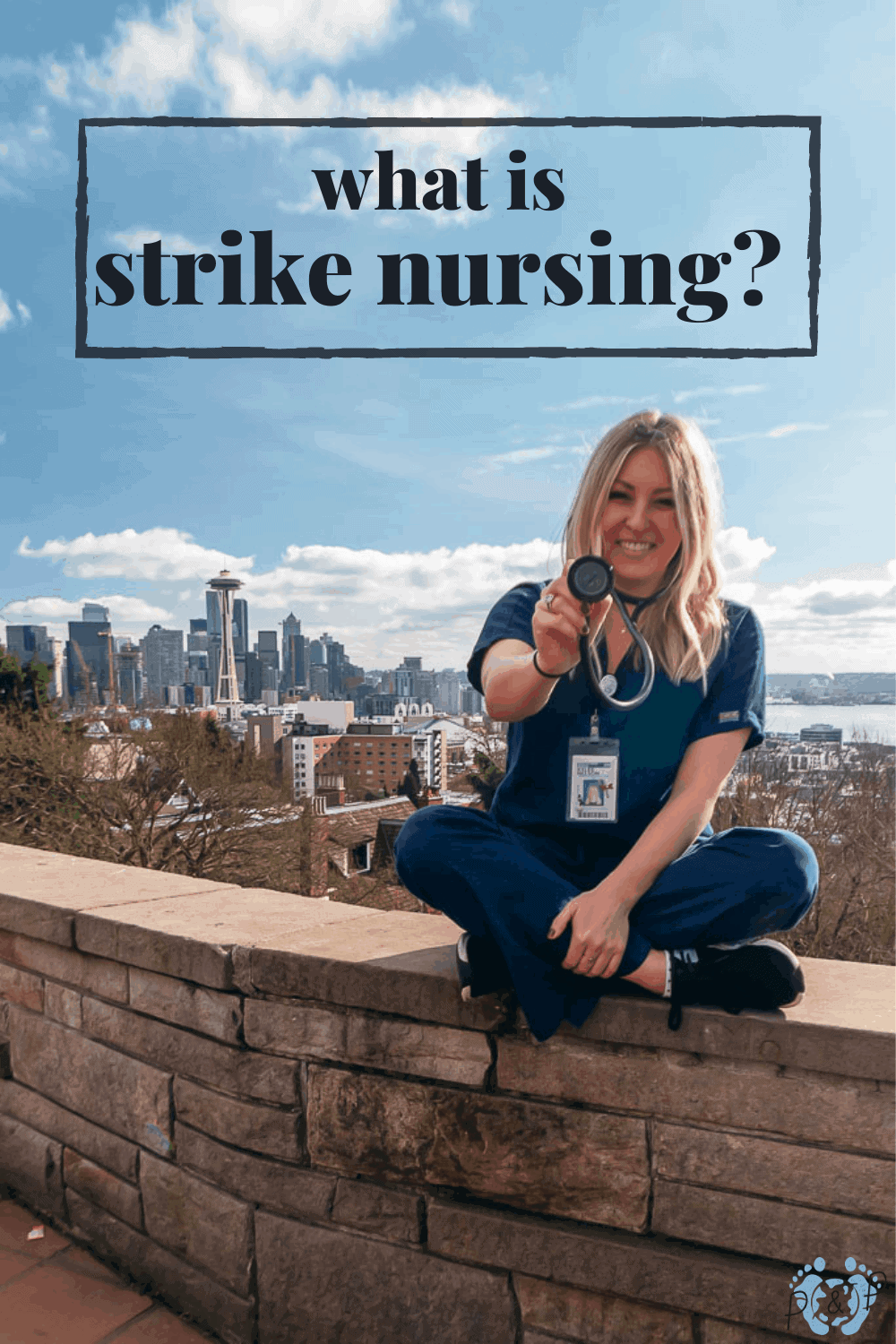 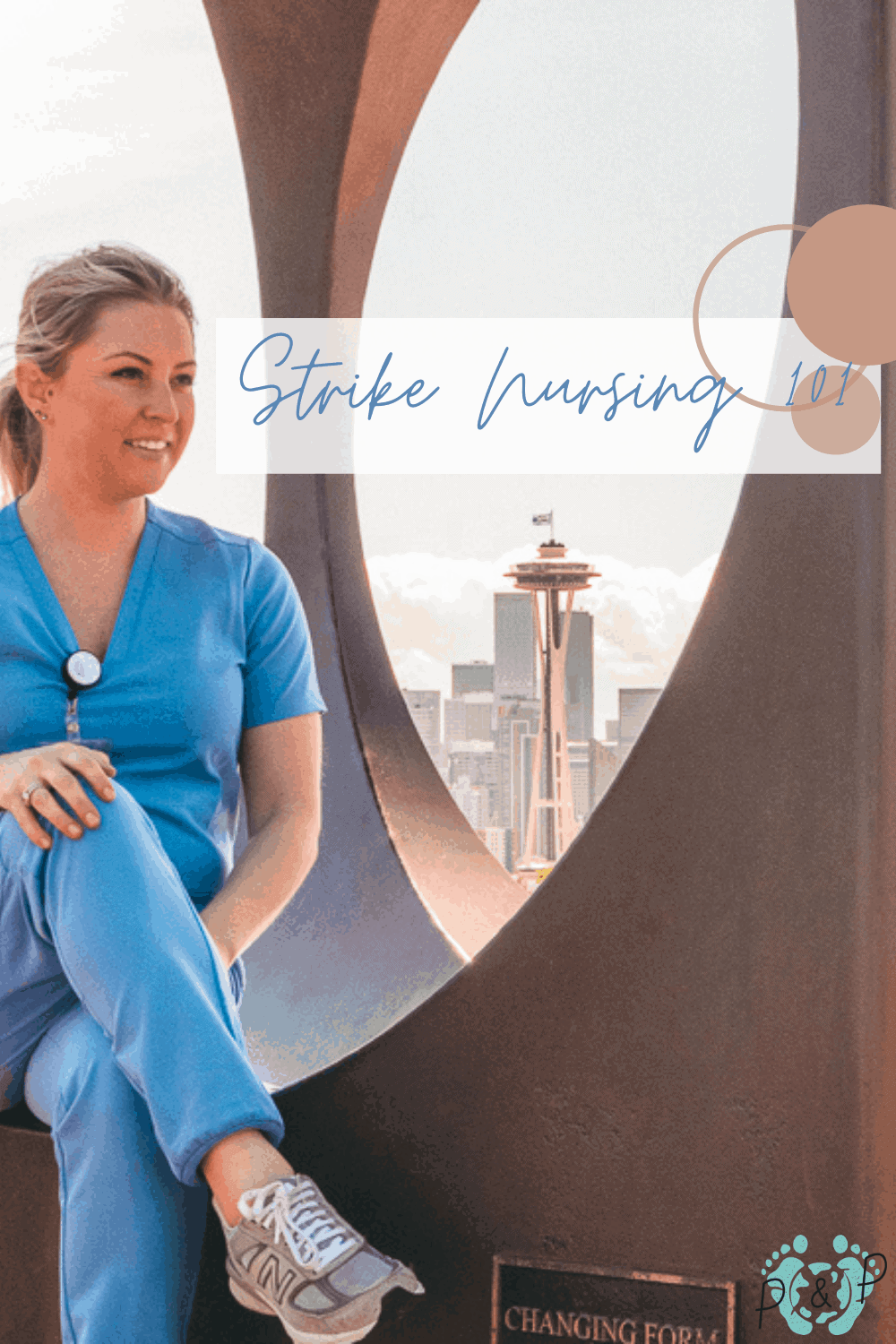 END_OF_DOCUMENT_TOKEN_TO_BE_REPLACED

Small Towns in Europe You MUST Visit