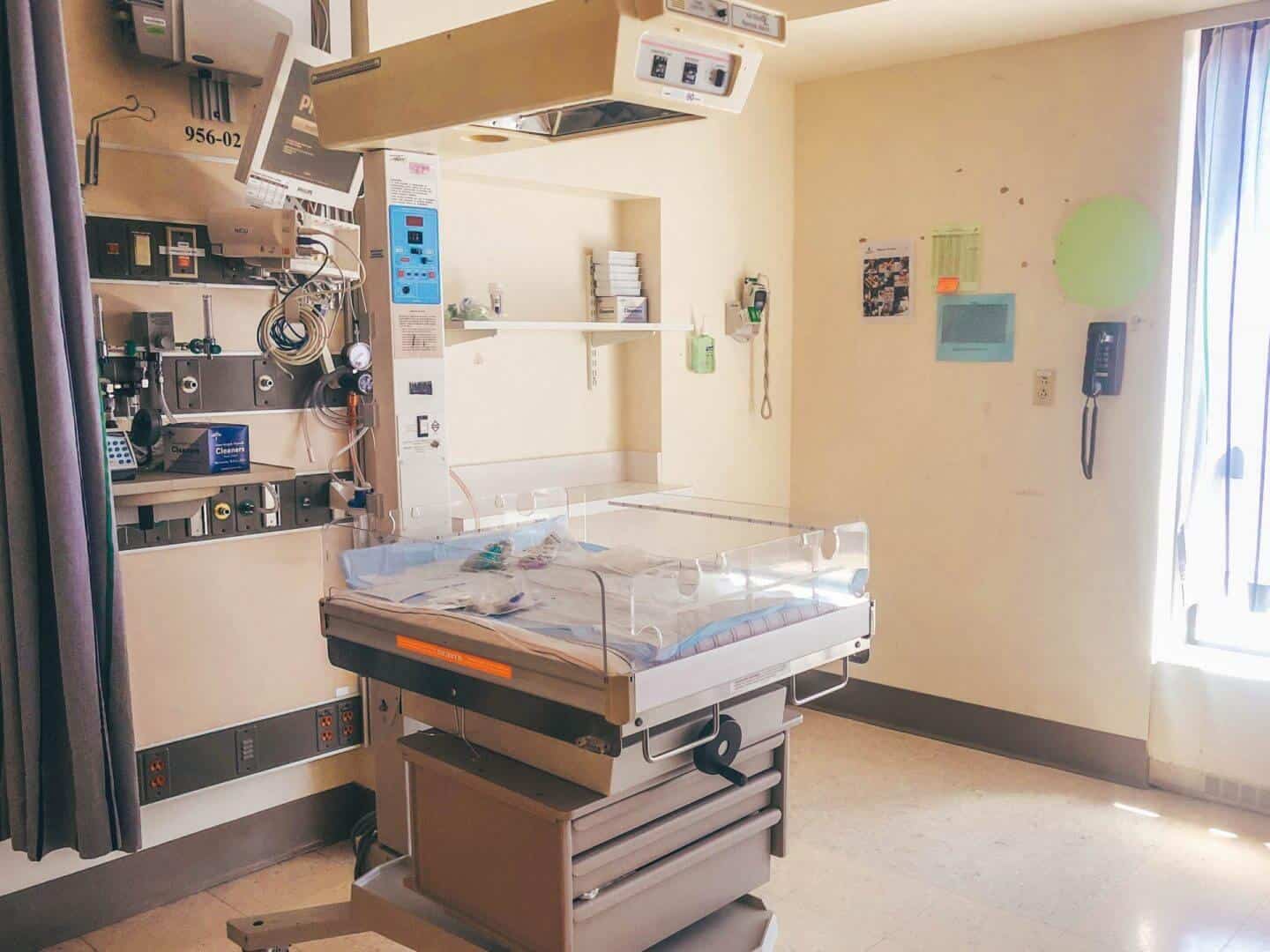 The world of Neonatal Intensive Care (NICU) nursing is oftentimes intimidating.  Teeny tiny babies are oftentimes no bigger than the palm of your hand.  Beeping machines, alarms ringing off every hour of every day, lines and tubes everywhere.  A unit where orders are whispered as to not disturb the vital sleep of the babies, lights are turned down low as to not overstimulate the preemies, and the touch of your hand can often times push a baby over the edge.  In the NICU tears are shed, hopes and dreams are shared, skin to skin is practiced, and miracles occur every single day.  The NICU is intimidating.  And being a neonatal nurse is one of the scariest things I have ever chosen to do.  There’s so much I’ve learned from working as a NICU nurse, but there are still things I wish I had known before choosing to go into this profession.

When I started nursing school there was only one thing that I knew for certain.  I absolutely, positively, was NOT going to be working with babies.  There was no chance in hell that I was going to be a “baby nurse”.  No changing diapers and cleaning spit-up for me!  I was going to be in a high-intensity adult unit where I could actually communicate with my patients.  Little did I know, the moment I stepped foot into the NICU my world was rocked.  Here are the things I wish I knew…

1.  What is the NICU and how do you become a neonatal nurse?

The NICU (neonatal intensive care unit) is a place where premature babies or full-term sick babies go after birth.  In some cases, babies that have already left the hospital and need to come back are also admitted to the NICU.  A “full term” pregnancy is any pregnancy that lasts about 40-weeks (give or take a couple of weeks).  Each hospital varies, but in some states babies as young as 22-weeks gestational age is considered viable to live, and sent to the NICU.  Any baby under 22-weeks is not saved and does not end up in the NICU.

In order to become a neonatal nurse, you have to go to nursing school.  While not required, if you want to be a neonatal intensive care unit nurse getting as much experience in the NICU before applying to jobs is helpful.  For instance, before graduating I spent my last semester doing my senior practicum in the NICU.  You can also be a tech in a NICU before graduating in order to make connections.

Are you a new grad looking to pursue a job in the NICU?  Read 14 Questions to Ask if You Want to Be a New Grad NICU Nurse

2.  You will have days that feel impossible… but you’ll survive

There are days you’ll leave work feeling so emotionally exhausted that you don’t know how you’re going to go back.  Breathe and know that we’ve all been there.  It’s okay to let out your emotions, to cry, to laugh, to do whatever it is you need to do to go back and face another day.  You may feel the weight of the world on you, but those babies are fighting hard and they need you to get back in the saddle.

3.  The pain of watching parents suffer doesn’t necessarily get easier over time

Watching a parent leave their premature, sick baby behind in an incubator will never get easier.  The pain and suffering are written all over their face and as you try to do anything to be helpful.  Until you realize that the only thing that will help is the only thing you can’t give to them – a healthy baby.  So as you watch parents suffer you sit back and realize while you can’t give them a healthy baby now… you can do your best to try to give them a healthy baby eventually.

4.  You may start to think that every pregnant person will go into premature labor

GUILTY!  This might sound funny, but trust me; every pregnant person you pass on the street will suddenly go into premature labor!  Except they don’t.  You’ll just think they will because you work with a population of mostly premature babies.

Sure things go wrong, you get mad, and fight with loved ones.  But being a NICU nurse, you begin to weigh what matters versus what doesn’t matter in the world.  You realize that as long as loved ones are healthy you can take anything that comes your way.  Car accident, stolen credit card, wrong food order, etc.  Those things simply don’t matter when you work a high-intensity job where lives are on the line.

6.  You may find yourself losing empathy for those who don’t know what the NICU is like… don’t

I realized that I had a problem when I was mad at my friend for complaining about her baby waking up “too often” during the night.  I wanted to shake her and say “AT LEAST YOU TOOK A HEALTHY BABY HOME.  THANK GOD SHE’S WAKING UP IN THE NIGHT.”  It was then that I realized that people who have never had to deal with the NICU can’t imagine what it’s like.  Nor should they be held responsible too.  Everyone deals with things differently and although I still want to speak out, instead I just nod along and smile when she needs to complain.

7.  Don’t get too comfortable

The second you get too comfortable at work is the second that something will go wrong.  Always push yourself to learn more, become better at your skills, and never stop asking questions.  You can never know enough to take care of such a sick and specialized population.

8.  You have to leave your work at work

There will be days where you’ll wonder if you made the right decisions, charted correctly, and remembered to check off everything on your “to-do” list.  For your health and wellbeing, you cannot take the pressure of work home with you.  You’ll experience sleepless nights, anxiety, and more when some things are just simply out of your control.  Trust those who you work with that they will complete the tasks that you may or may not have had time for.

9.  Seeing a lifeless body will never get easier, and will always scare the sh*t out of you

10.  Miracles happen… nobody fights harder than a preemie

But the most beautiful thing about the NICU?  Miracles happen.  Every day.  Behind those closed doors of the scary neonatal intensive care unit… preemies are fighting harder than anyone else.  They are overcoming milestones, beating the odds, and striving.  They get better, go home, and can even grow up to live a normal and healthy life.  So yes, the fear and sadness in the NICU are enormous.  But happiness and hope are just as great if not greater.

So, do you want to become a NICU RN?  Work hard in school, don’t stop applying for NICU jobs, and never stop learning.  Know that you’ll have good days and bad days.  There will be struggles and accomplishments.  But at the end of the day knowing that you did as best as you could for the day has to be enough.  To survive the NICU and be a great neonatal RN, you have to know when to leave your work at work, do the best that you can every day, and never stop growing, showing compassion, and empathizing.

For more on life in the NICU, check out these articles

Being a NICU Has Taught Me… 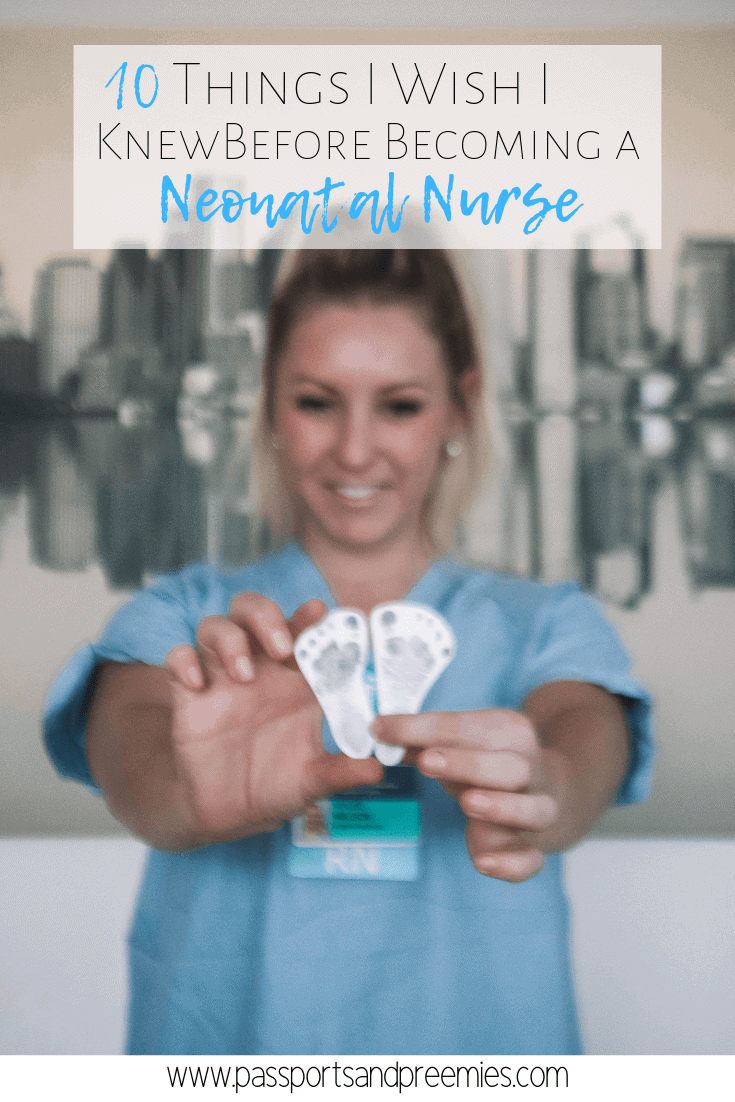 Kylee is a traveling Neonatal Intensive Care Nurse and an avid solo traveler. She has spent 5 years caring for premature and sick babies in the NICU and has been a travel nurse for 3 of those years. Kylee began Passports and Preemies in 2017 while volunteering as a nurse in Skopje, Macedonia as a way to reach nurses and advocate for the prevention of nurse burnout by traveling. Since 2017 Kylee has made it a goal to go on one extended solo trip per year lasting 8+ weeks. Kylee is the original creator of the “8 Day Vacay” – A vacation geared towards nurses aiming to take advantage of the potentially 8 days off between work weeks with no need to use PTO.

Hi friends! I’m Kylee, a traveling NICU nurse and an avid solo traveler. I started Passports and Preemies in 2017 when I was volunteering as a nurse in Skopje, Macedonia. My goal for Passports and Preemies is to reach nurses and advocate for the prevention of nurse burnout by traveling. I'm here to give you traveling tips, resources, and inspiration for the every nurse and solo traveler.

END_OF_DOCUMENT_TOKEN_TO_BE_REPLACED

The 8 Day Vacay – Traveling Through the Baltics: Estonia, Latvia, Lithuania

The One Thing That Nobody Tells You About Solo Travel