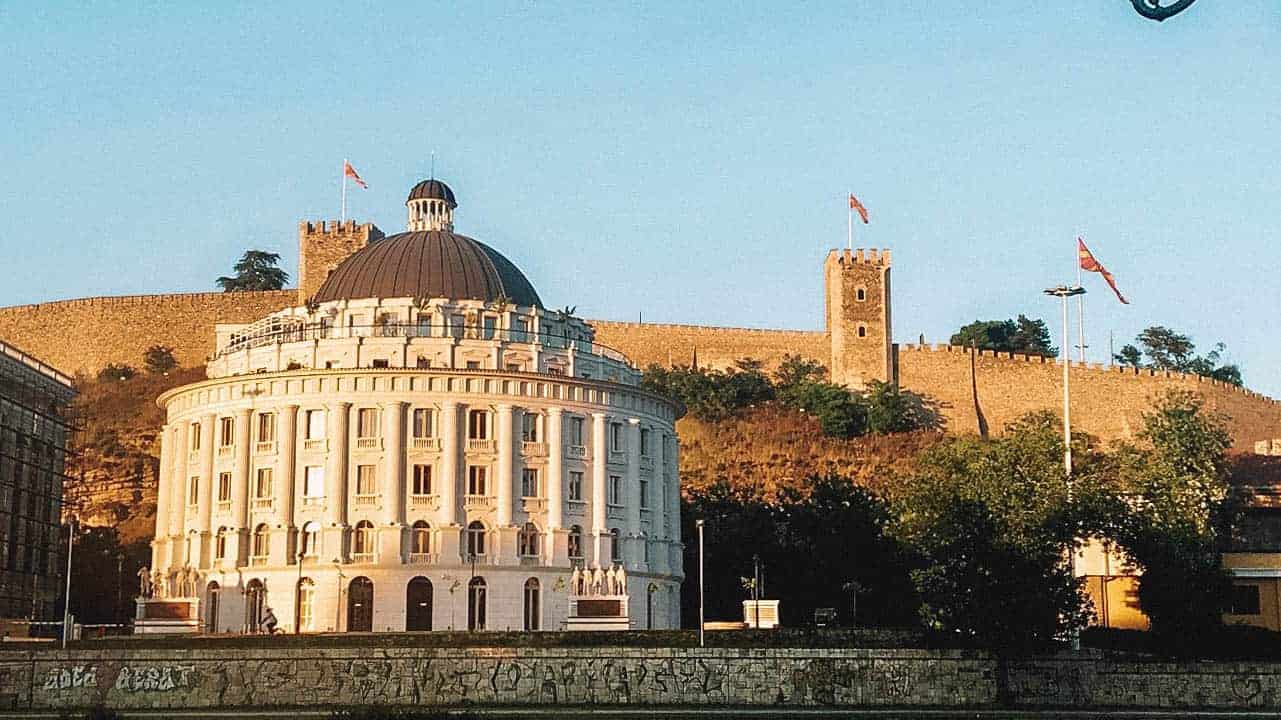 In 2017 I spent eight weeks living in Skopje (solo), as I volunteered as a NICU nurse at the Skopje Children’s Hospital with Project Hope.  It was a terrifying, yet thrilling adventure.  At the time of departure, I was still relatively new to travel, especially traveling solo.  So when I tried to research Skopje or North Macedonia in general, my anxiety was intensified when I found that there wasn’t a ton of information available online.  The only travel book (at the time) that I found was outdated and most places that were suggested in the book had been closed down.  So I went in blind.  And it turns out that “living” in Skopje was one of the best life experiences I’ve had.  So here’s why you should visit Skopje, and what to expect from this incredible capital city.

Everything to Know When You Visit Skopje North Macedonia utilizes the Denar which is currently equal to 0.018 US dollars.  This means that North Macedonia is an incredibly cheap and affordable city!  At the time of writing, there are a few amounts of places that don’t accept credit cards so make sure to always have cash handy.  In these instances, there are ATMs scattered through the city making it convenient if you run out.  However, please note that a majority of these ATMs will charge a fee each time you pull money out.

North Macedonia is located in Eastern Europe surrounded by Greece, Albania, Bulgaria, Serbia, and Kosovo.  Skopje is landlocked in the Northern part of the country.  Here you’ll find that the weather is typical of Eastern Europe… snowy during the winter, hot and humid during the summer.  The rainy season typically lasts from May until June.  It’s at this time that you can expect quick and intense thunderstorms throughout the country.  (Note that North Macedonia’s seasons match up with the United States).

Unfortunately, Skopje travel isn’t the easiest.  Transportation is a challenge around Skopje and throughout North Macedonia in general.  There are no trains and bus transportation is subpar…. it is cheap to take a bus, however very unreliable.  Also, no ride-sharing platforms such as Uber, Lyft, or Bolt have integrated into the country quite yet. On the bright side, there are tons of taxis around Skopje waiting to pick you up.  Taxi drivers will often times try to rip you off.  Be aware of this and make sure to negotiate before getting in.  A ride from the Skopje city center to the airport (approximately 20 mins) should only cost you around 900 Denars.

While ground transportation is troublesome, luckily the main airport is located in the heart of Skopje – Skopje International Airport.  Budget airlines such as Wizz Air along with mainstream carriers such as Turkish Airlines and Swiss all fly in and out of Skopje.  When you land at the airport there is typically a line of taxi’s waiting outside to take you to your destination. The most interesting thing about North Macedonian was the way that they eat and enjoy their food.  They start heavy and end light.  For instance, in the US you tend to begin your day with something a bit lighter – eggs, yogurt, etc, and you end the day more heavy – potatoes, meat, etc.  In North Macedonia its the opposite!  Natives tend to begin their day with a heavy carb such as toast (not American toast… here it is a stuffed sandwich of ham, cheese, french fries, etc).  Lunch is eaten later in the day and is typically made up of Shopska salad (cheese, tomatoes, cucumbers) and kebabs.  Dinner is served late at night, sometimes being as small as a single serving of yogurt.  However, if you go out for dinner at a restaurant you can order anything from light to heavy off of the menu.  When dining out people typically take their time to sit back, relax, and enjoy their food.  It’s custom to tip about 5-10% on a restaurant bill.

The two main languages spoken in North Macedonia are Macedonian and Albanian.  However, there are five minority languages recognized – Turkish, Romani, Serbian, Bosnian, and Aromanian.  In Skopje, there is a little bit of a language barrier but most restaurants tend to have English menus and a majority of the younger generation can speak at least a little bit of English.

Macedonian is written in Cyrillic so even attempting to read can be quite challenging!  I found that a friendly smile could take me a long way.

A few years ago the government was under heat for corruption.  They had raised money to restore the hospitals and fix streets, adding parking structures and whatnot, when instead they used the money to build “old” looking buildings in the city center.  There was nothing inside of these buildings and it was strictly a trap to lure tourists to visit.  With that being said, there are a few places in Skopje to visit, but the list is rather short. 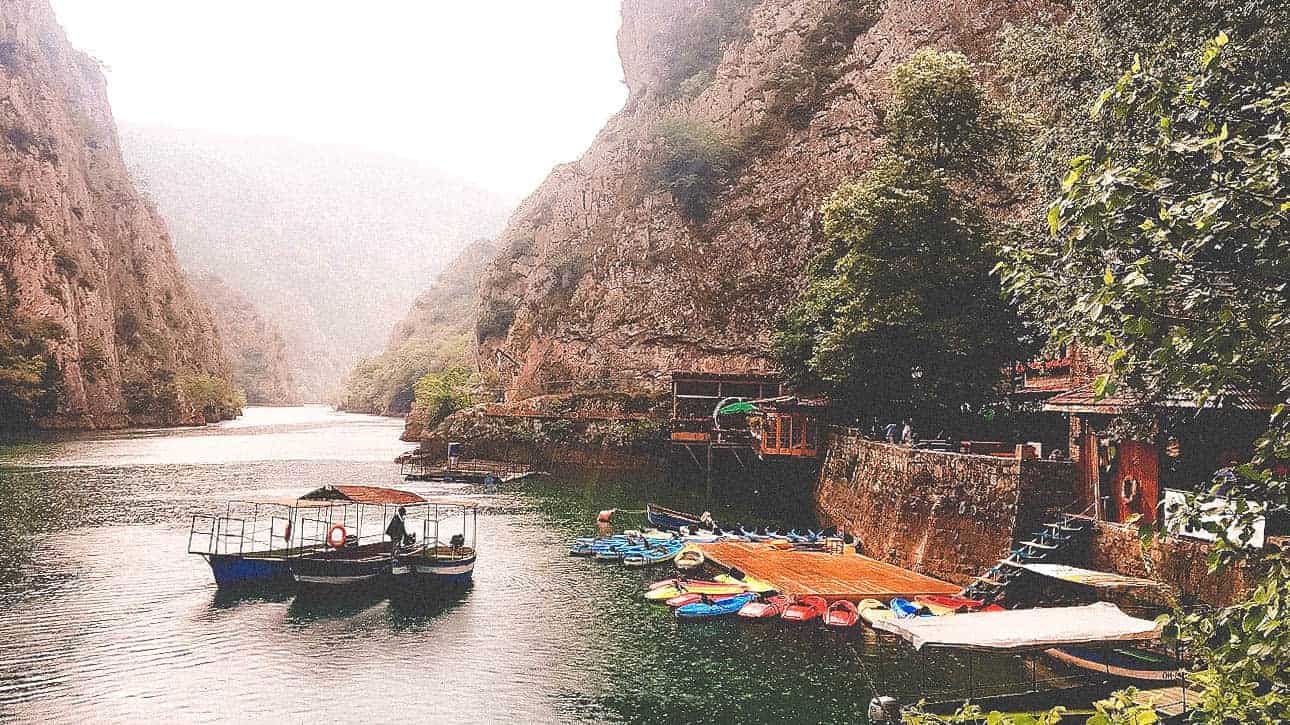 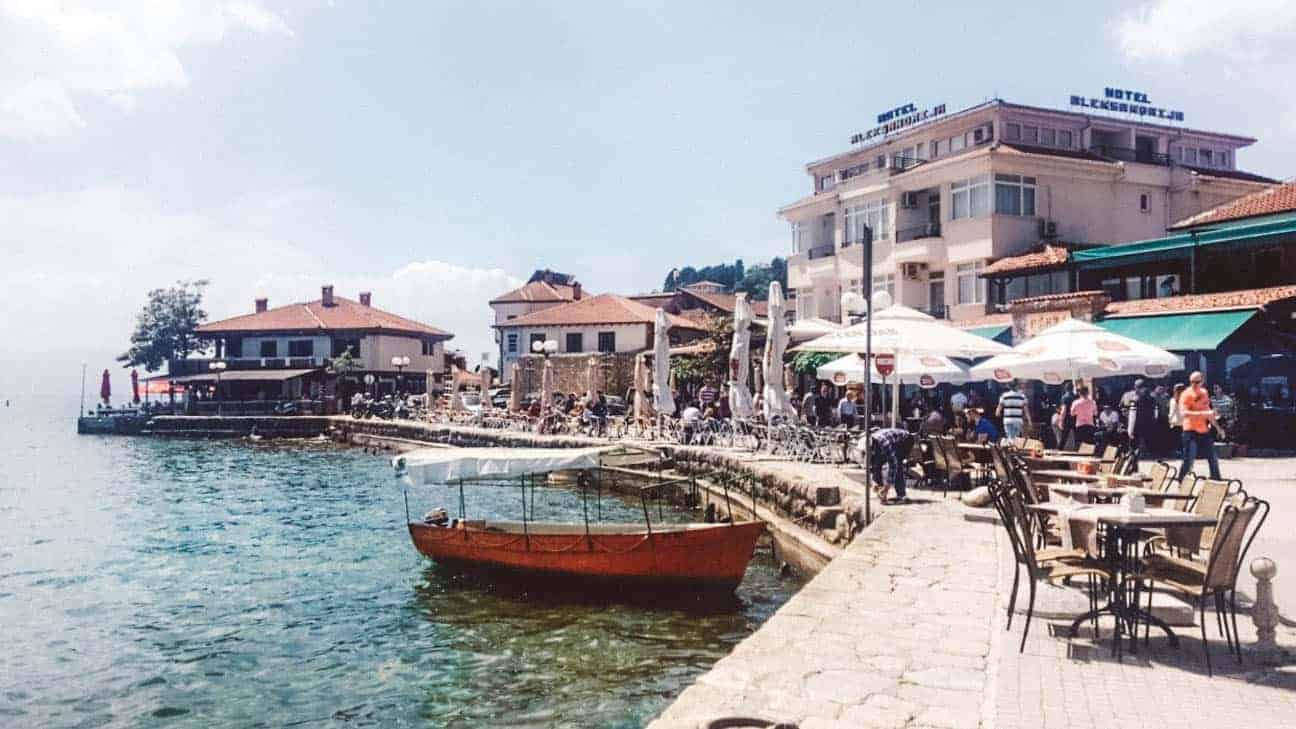 Believe it or not, North Macedonia is one of the most beautiful countries I’ve visited.  It would be a shame to visit Skopje and stay in the city.  The true beauty of the country is found outside the capital city in the books and crannies of the country.  My two favorite day trips from Skopje include both Matka Canyon and Ohrid.

Matka Canyon is located a mere 10 miles outside of Skopje.  It is well known for its monasteries, being the oldest artificial lake in the country, its beauty, endemic plant species found, and a plethora of outdoor activities.  There are bars, restaurants, and hotels in the Canyon so you can explore longer than one day if desired.

Ohrid is a town that sits on a lake (Lake Ohrid) near the Albania border only 2.5 hours south of Skopje.  It reminds me of a picturesque Italian village without all of the crowds.  If you’re looking for more information on a day trip to Ohrid, check out this article.

So you see, if you find yourself wondering what to visit in Skopje, or if you should visit Skopje in general… the answer is yes.  With little crowds, a city that is incredibly affordable, and loads of history found in the city and outside of the city… Skopje is a place to visit sooner rather than later.  A city that holds a special place in my heart that goes beyond what the eye sees.  It isn’t the sheer beauty of the impressive architecture (because quite frankly, it offers neither of those things), but it’s the way that Macedonians live their lives.  Its the welcoming smile and the kindness of a random stranger.  You can taste their hard work in your food and as you walk through shops, grocery stores, and restaurants.  It’s a special city that not many have discovered yet so I encourage you to pack up your bags and go before it’s too late. 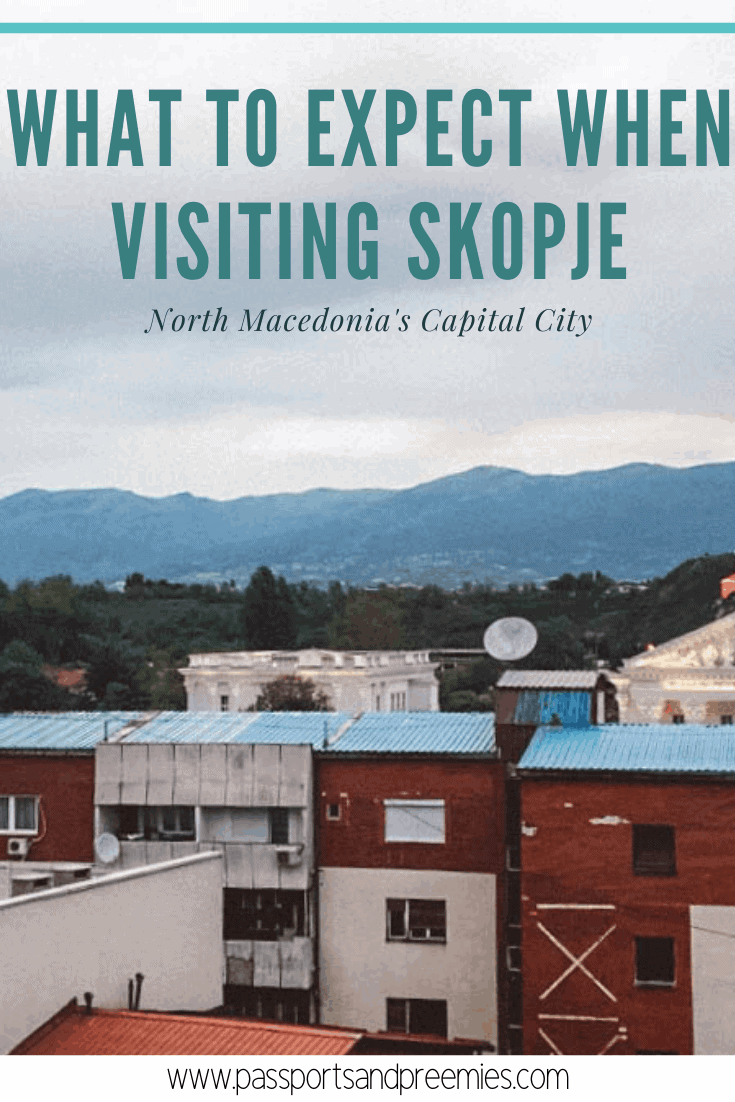 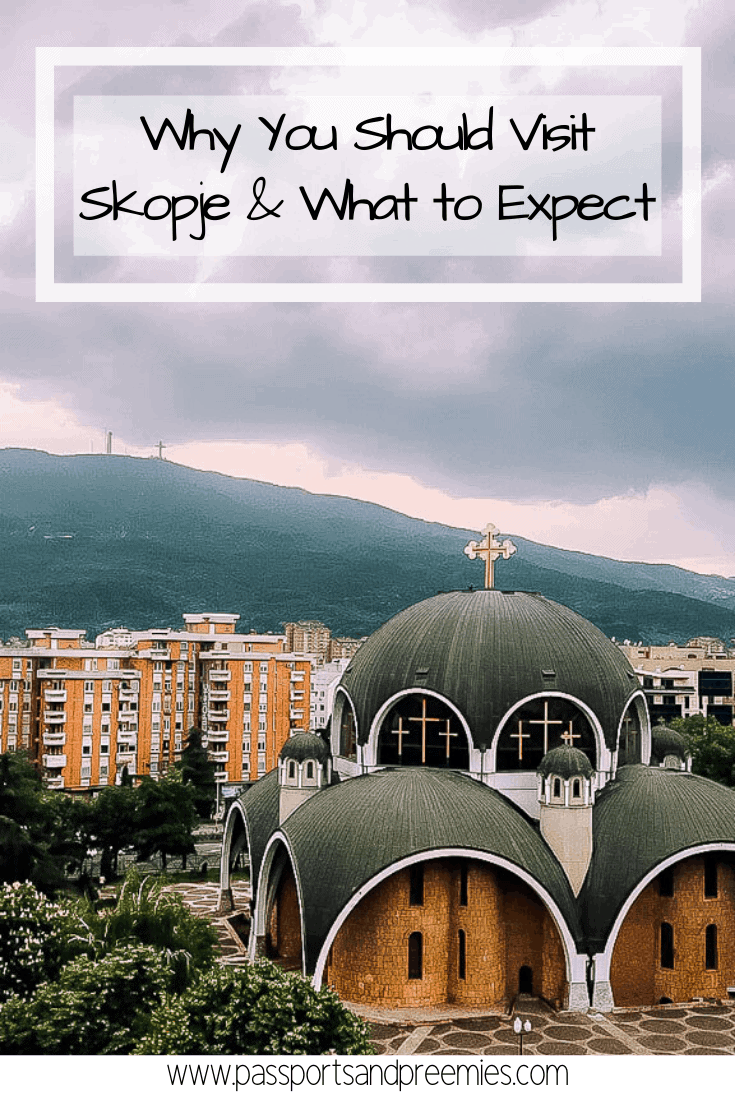