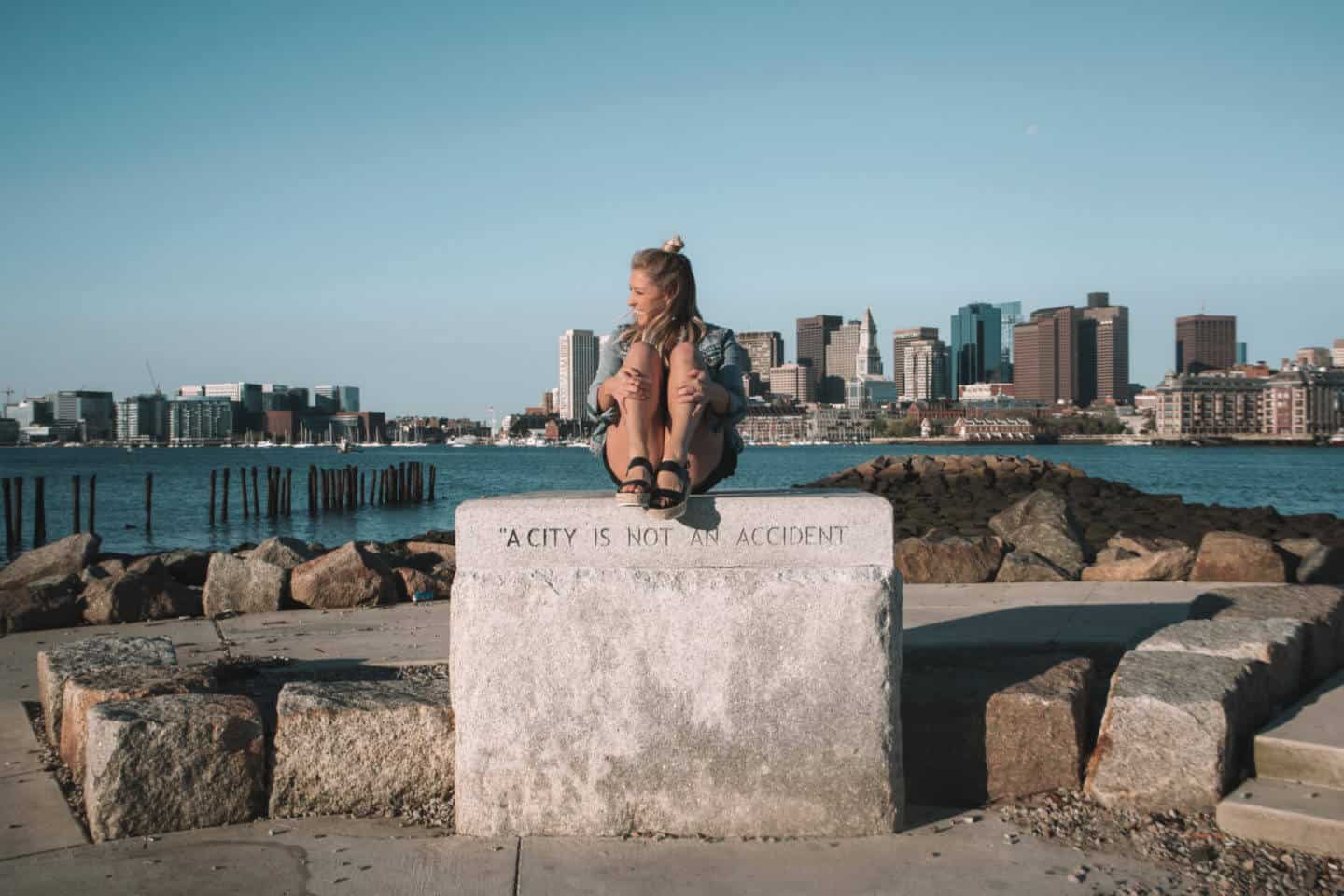 Boston is a city of history and culture.  It has influences stretching from Italy to Ireland, Great Britain, and more!  It’s a popular, booming city full of art, culture, and young professionals enjoying the city.  With amazing food, drinks, and tons of things to do see and do…. visiting can be quite overwhelming!  After spending 3+ months getting to know this city, I now know the things you must do when you visit.  Activities that you absolutely shouldn’t miss out on.  Oh, plus two things that are worth skipping!  Because every city has a thing or two that is completely overrated.

Top 10 Things to do in Boston; What You Absolutely Can’t-Miss

1.  Learn American History as You Walk the Freedom Trail 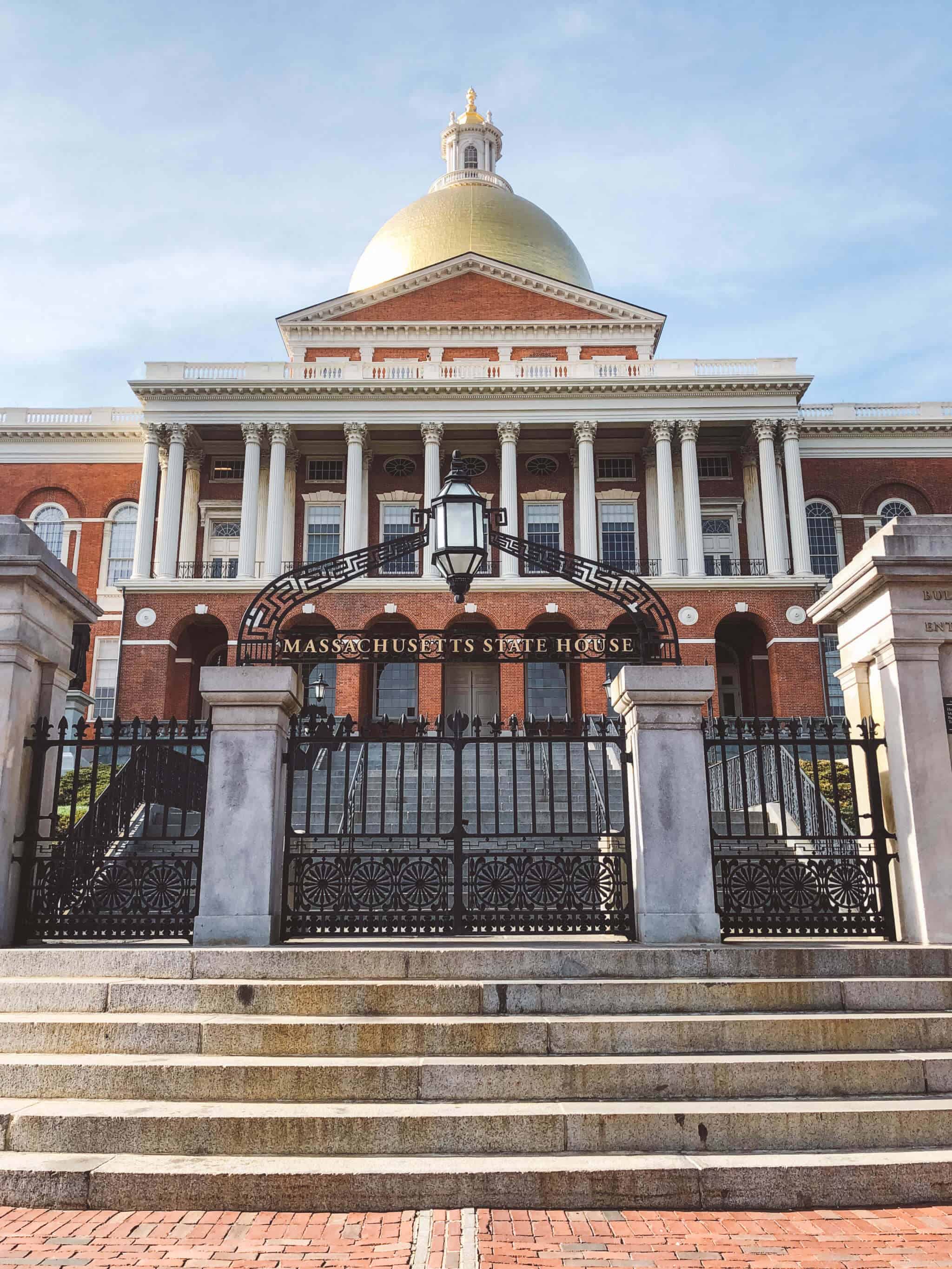 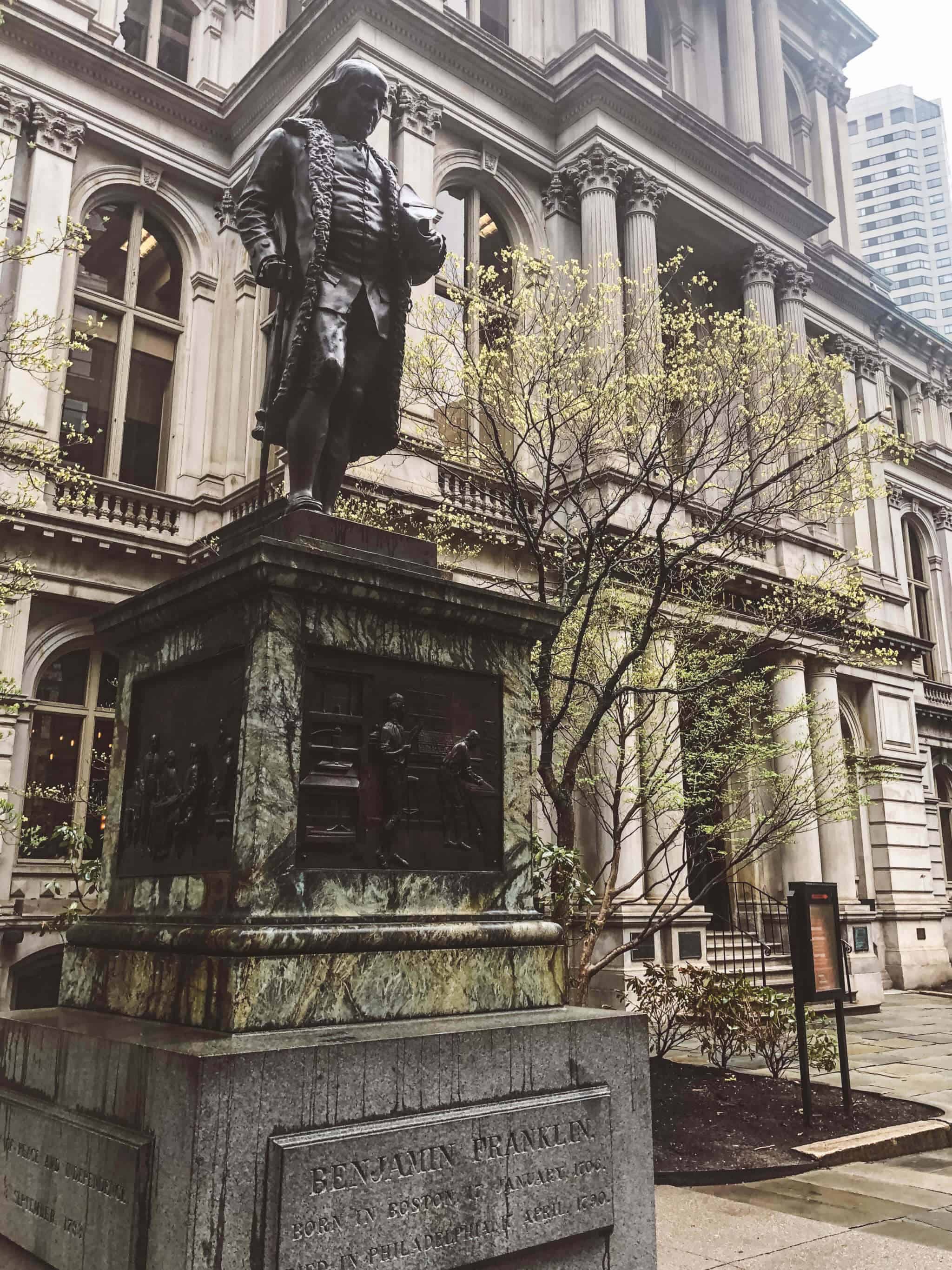 SO much history happened right in Boston.  From the Boston Tea Party to the Boston Massacre.  It’s where Paul Revere, the man who warned the US that “The British are coming!”, lived; you can even tour his house in the North End!  It’s where Samuel Adams (one of the founding fathers of the USA) is buried, and where Benjamin Franklin grew up and dropped out of school.  You can learn all of this and more as you walk the Freedom Trail.

The Freedom Trail is 2.5 miles long and runs from Beacon Hill, starting at the Public Garden, to Charlestown, ending at Bunker Hill.  While you can take a free tour, I followed directions from here and was able to make the walk on my own. 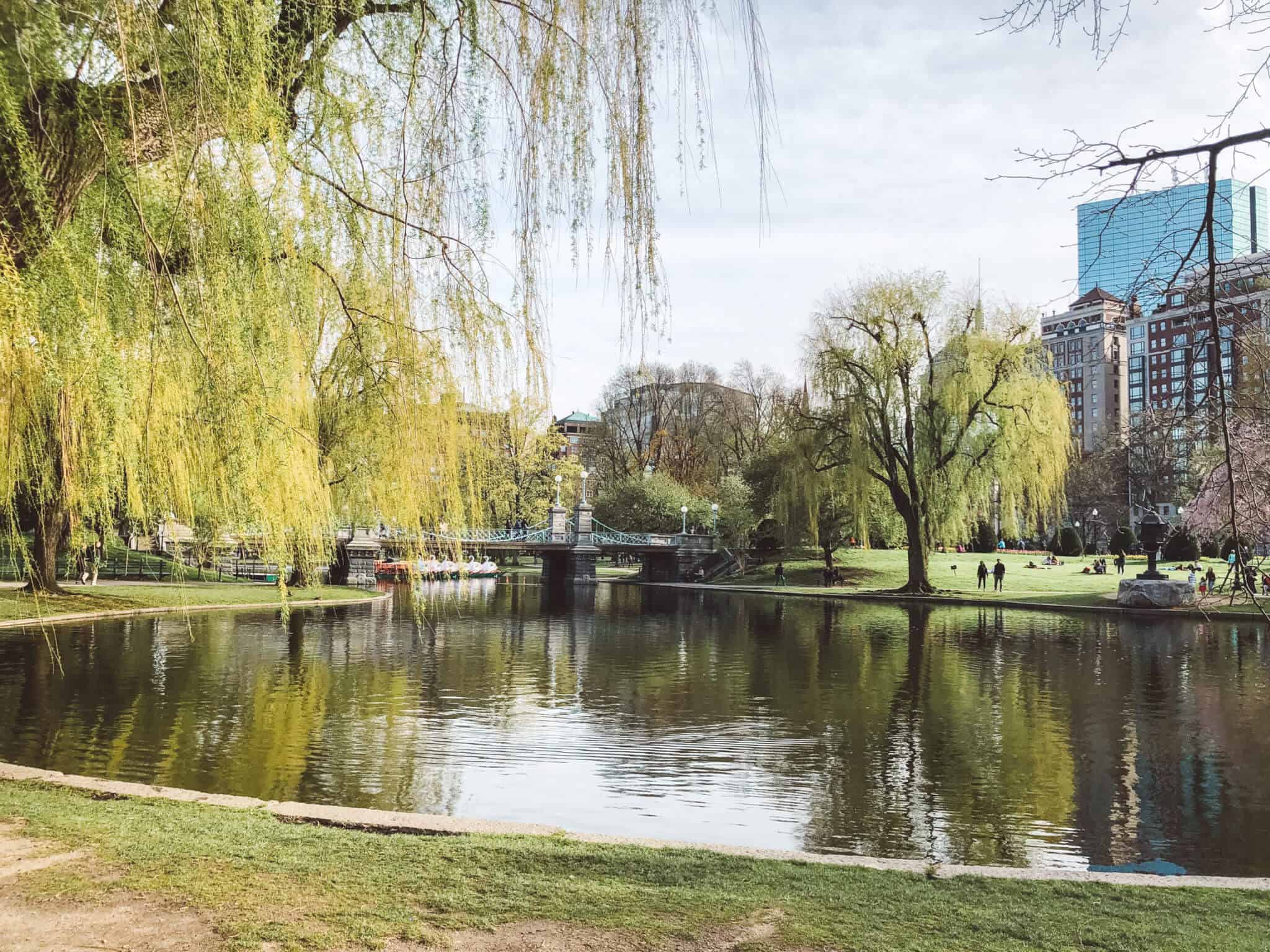 The Boston Public Garden is found in Boston’s historic Beacon Hill neighborhood and is the first public park in America.  In 1634 it was purchased from the people of Boston for a mere 30 pounds (America was still under British rule back then), and made public!  No matter what day of the week there always seems to be live entertainment somewhere in the park.  With food trucks rotating in and out you can choose to pack your own lunch or grab lunch there.

3.  Go on a Free Brewery Tour at the Samuel Adam Brewery 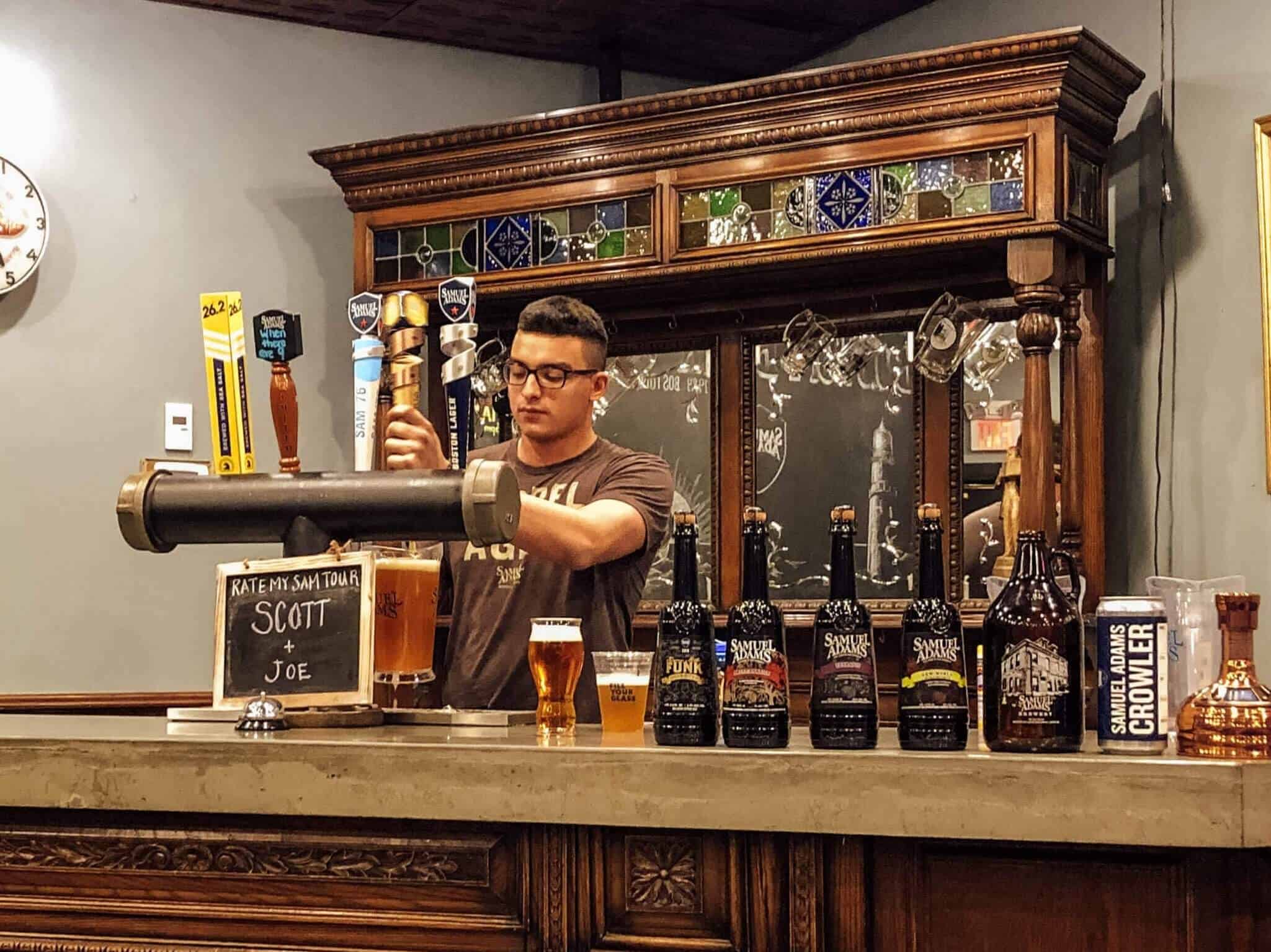 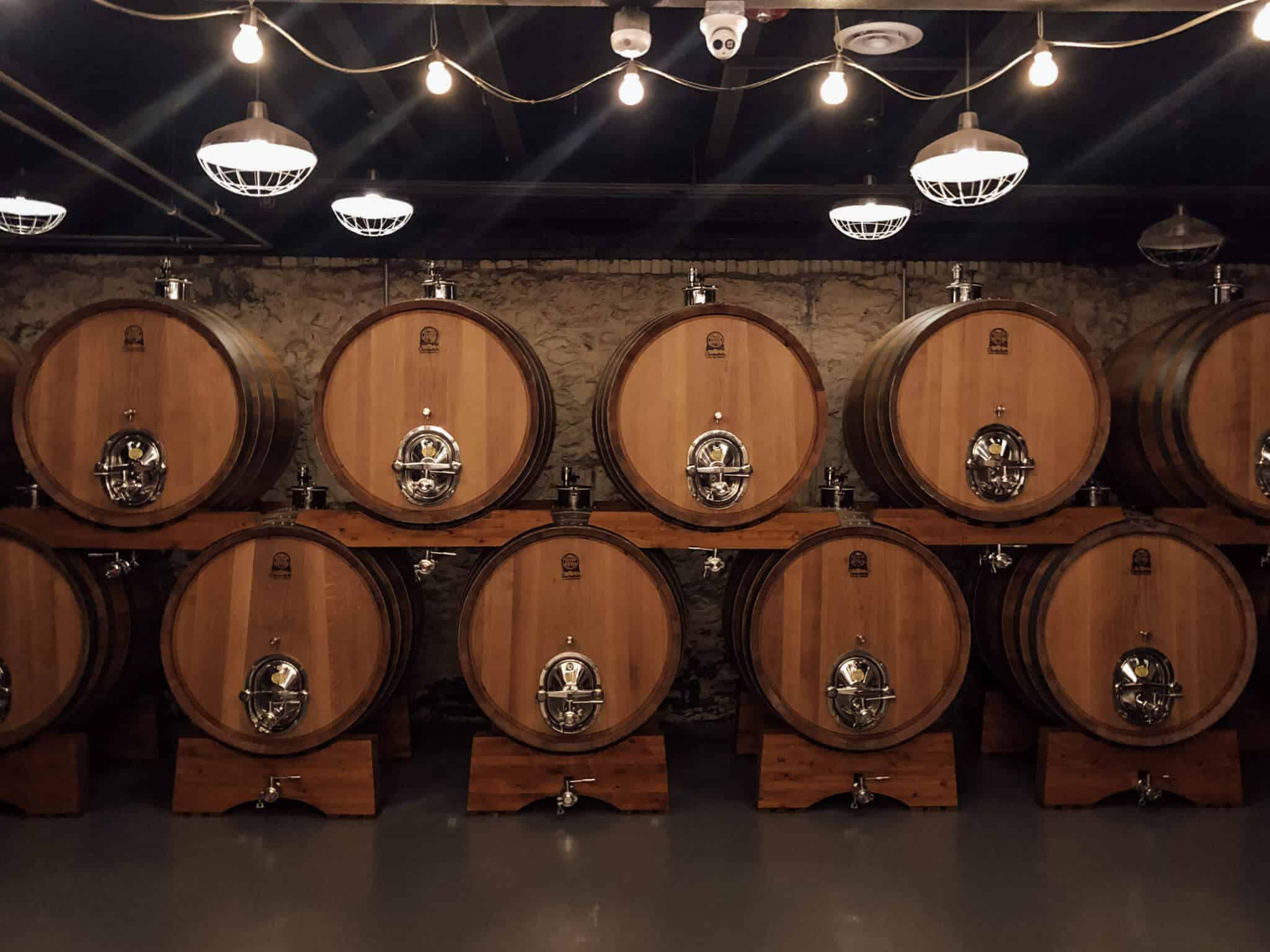 Originating in Boston and now shipped countrywide, stop at the Samuel Adams Brewery while you’re in town.  While there are free tours that run every 15 minutes, taking you through the brewery in an interactive way.  You can also pay for a more in-depth experience.  If you feel like you’ve seen and done enough brewery tours, you can skip it altogether and head straight to their taproom!  It’s a fun way to spend the day rain or shine.

4.  Do as the Locals and Indulge in a Lobster Roll or Two 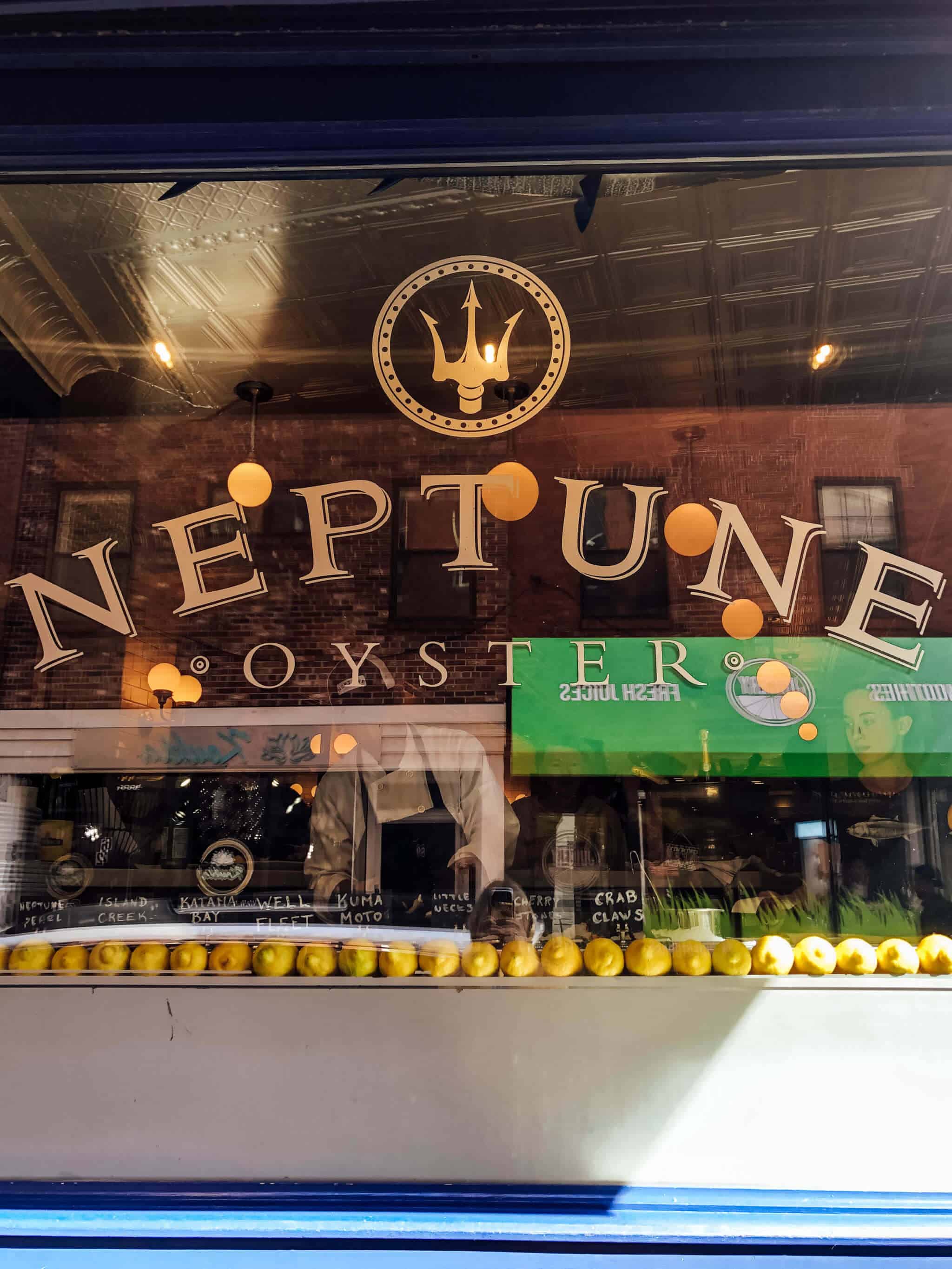 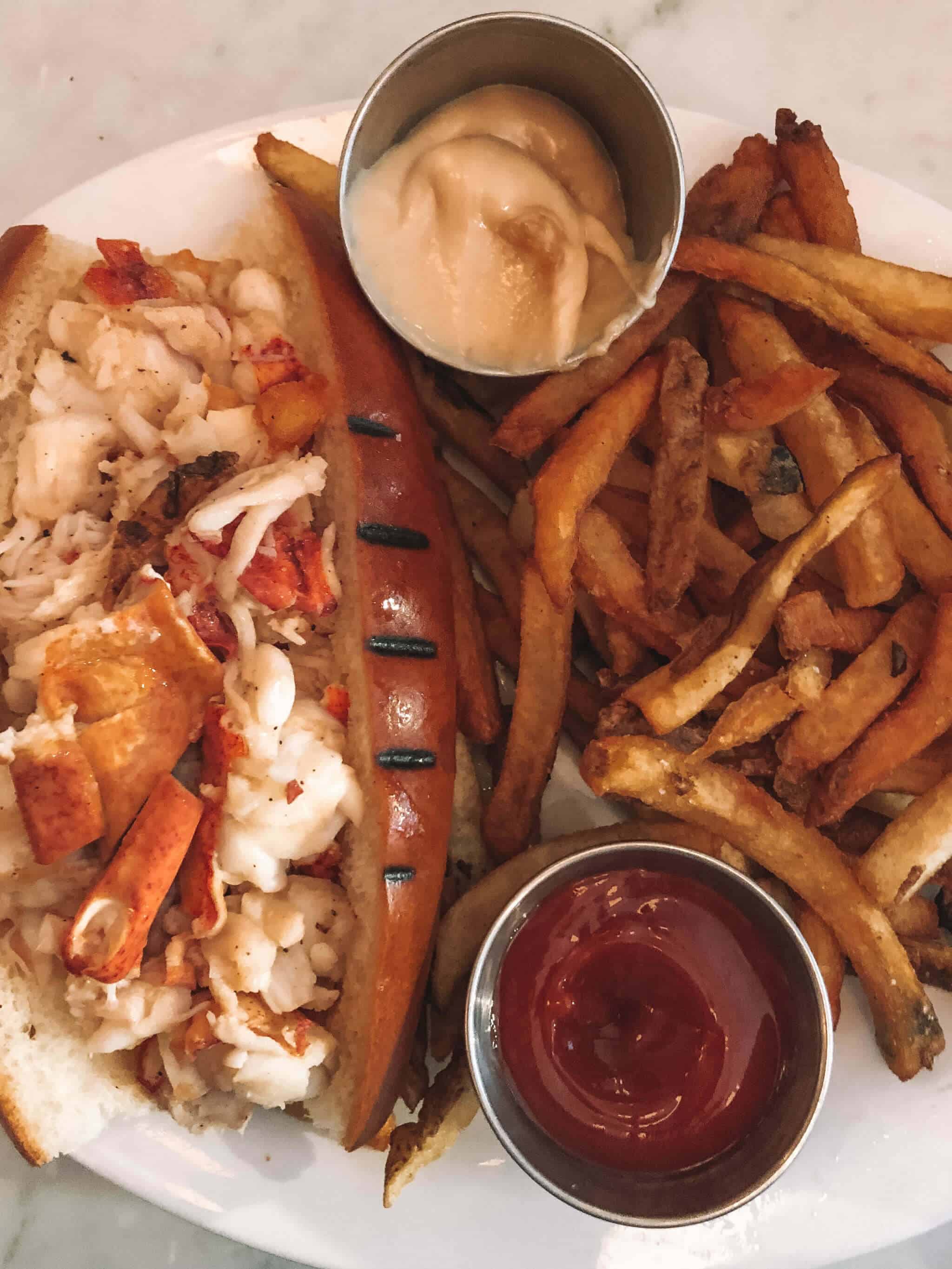 “If you bring a lobster to class… you better share.  Or else it’s shellfish.”  Ok, now that I have your attention, the most important item on this list.  You must indulge in a lobster roll while in Boston.  After touring the city for 3+ months and eating multiple lobster rolls all around town; I have settled on the best one.

Neptune Oyster is located in the North End and delivers the best lobster roll in town.  Choose a warm, buttery roll… lobster spilling from the bun.  Or a cooled, mayo tossed roll, either way, complete with crispy french fries. 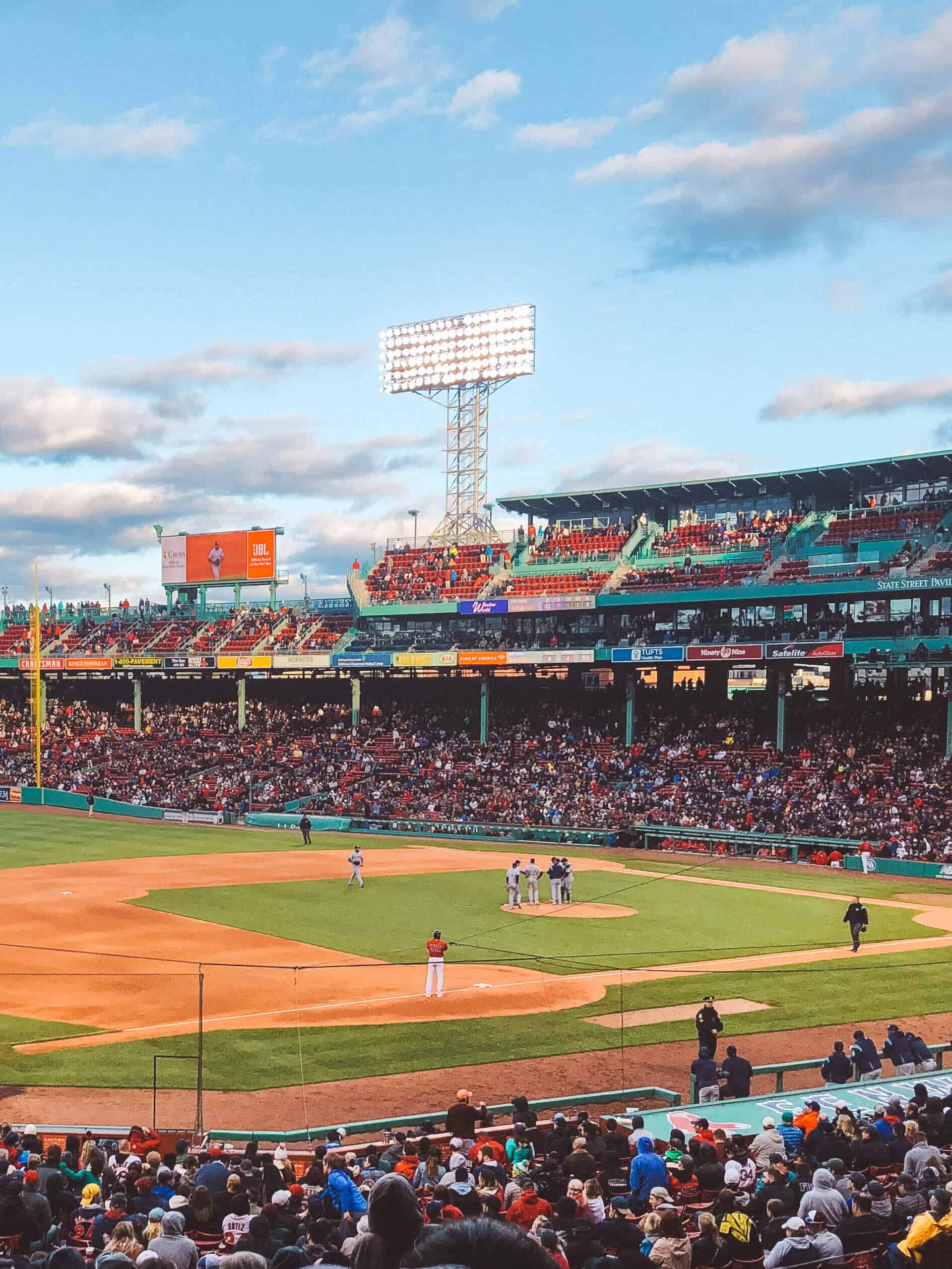 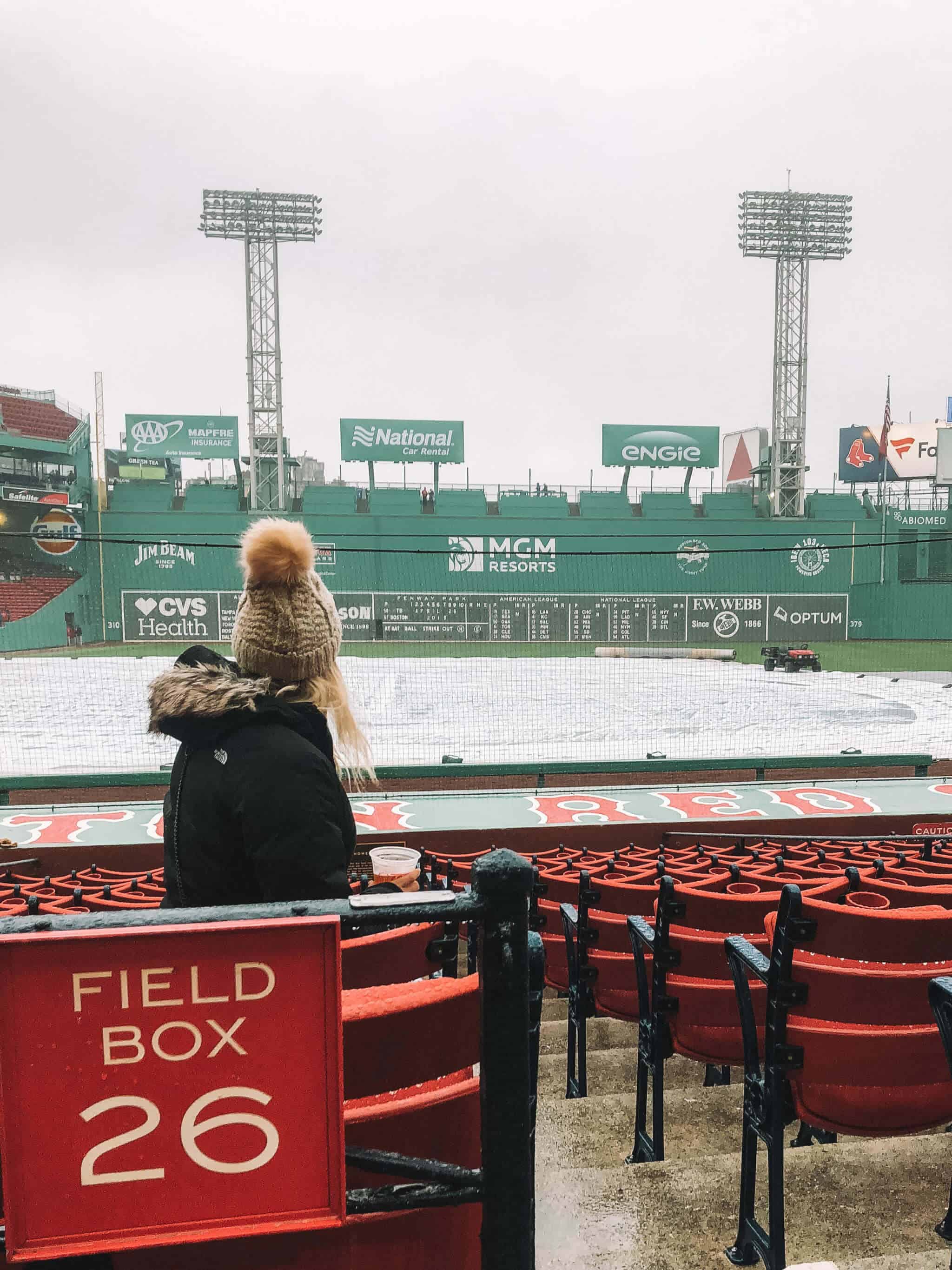 Fenway Park is located in the Fenway neighborhood and is the oldest ballpark in America.  The World Series has been played at Fenway 11 times and counting, with the Red Sox winning six of the titles.  If you happen to be in Boston while the Sox are away, you can take a tour of Fenway by buying tickets here.

6.  Stroll the Most Photographed Street in America 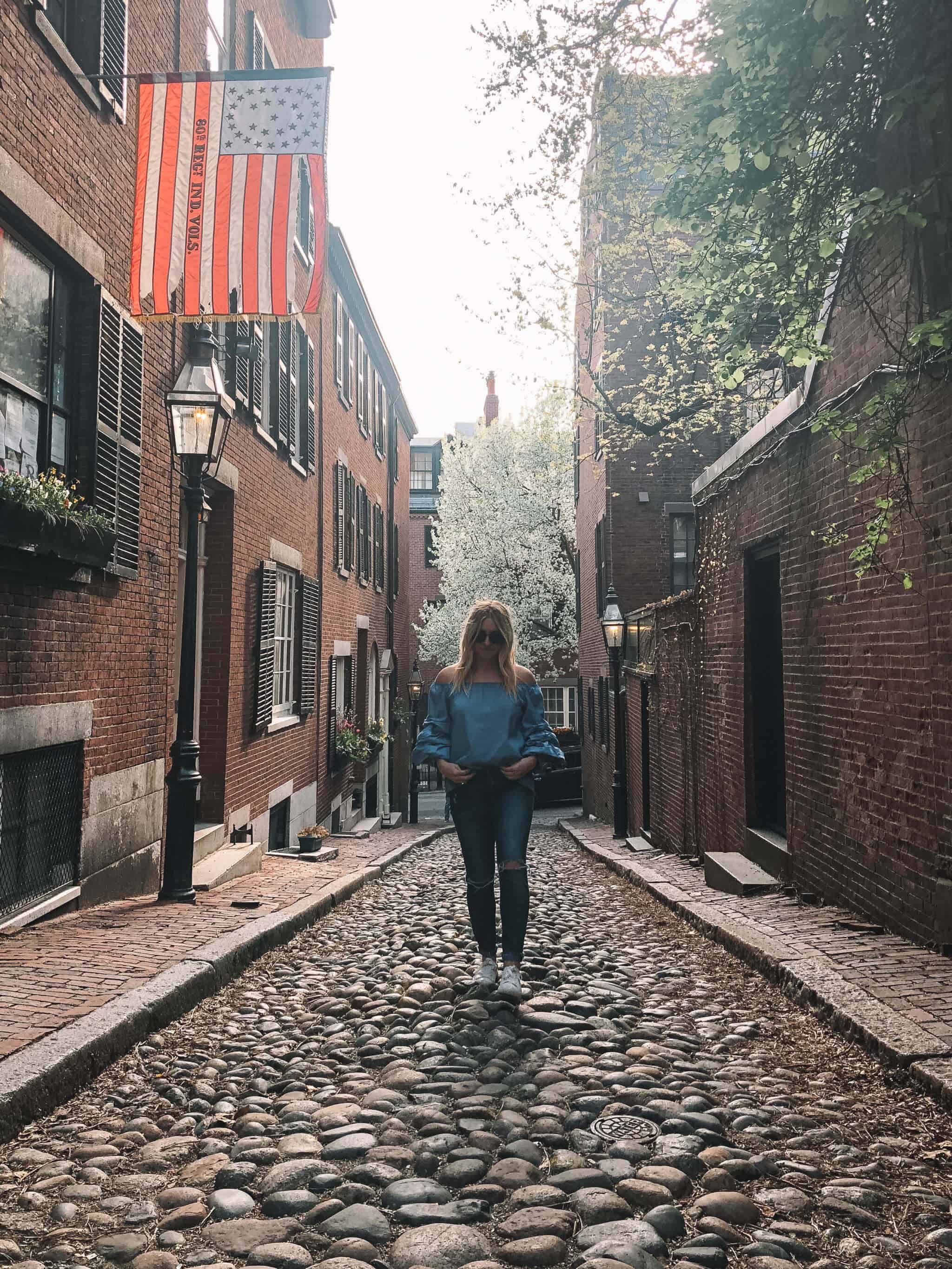 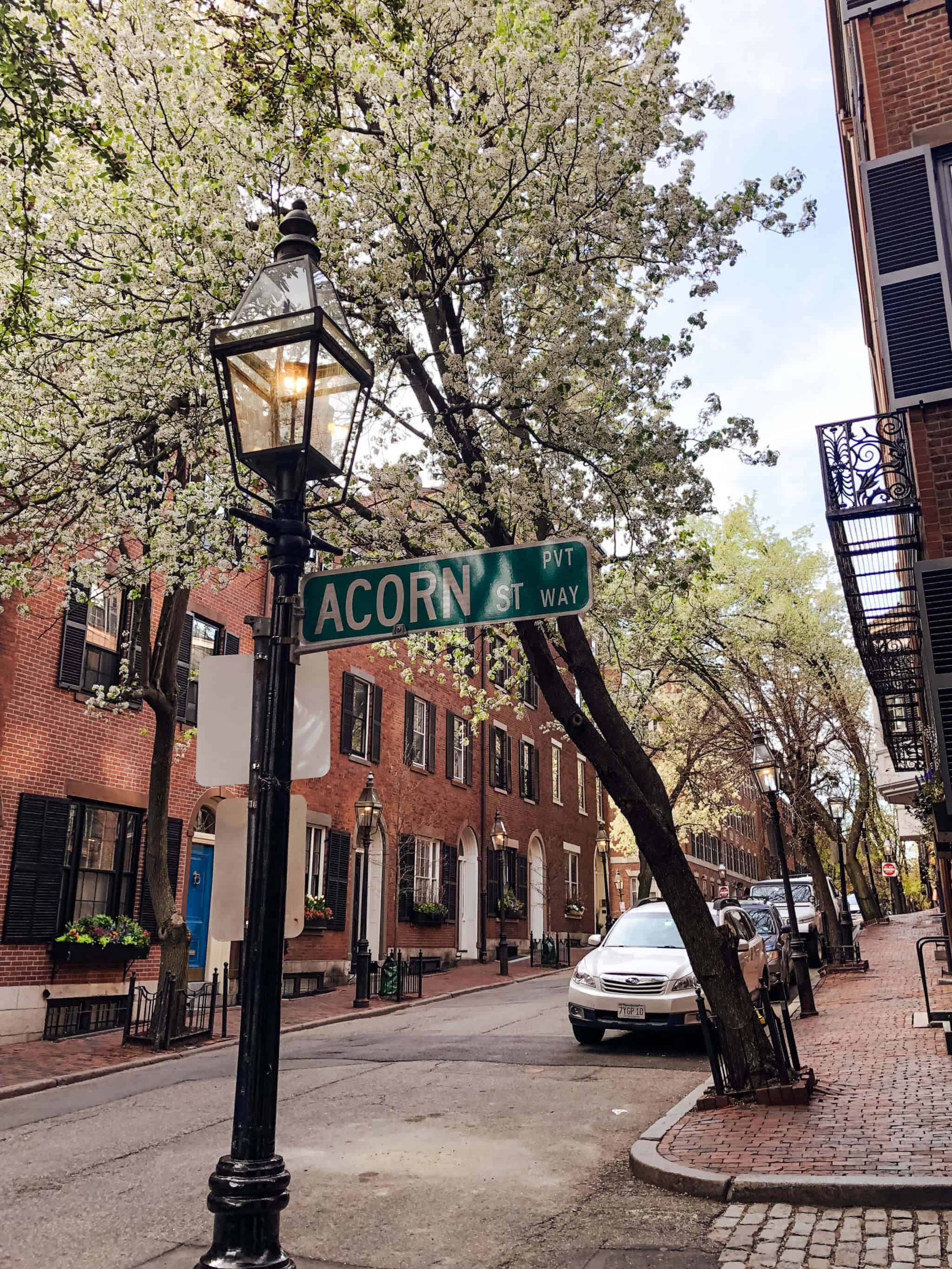 Boston’s most picturesque street, Acorn Street, sits in the middle of the city, nestled in Beacon Hill.  Taking the prize as the most photographed street in America, Acorn Street is wildly popular with tourists.  While it has recently become illegal to have a full-on “photoshoot” on Acorn Street, you’re welcome to bring your iPhone and snap a few pictures as you please.  Keep in mind that people live on Acorn Street and to please respect their privacy and requests for you to leave.

7.  Spend a Day at the Quincy Market 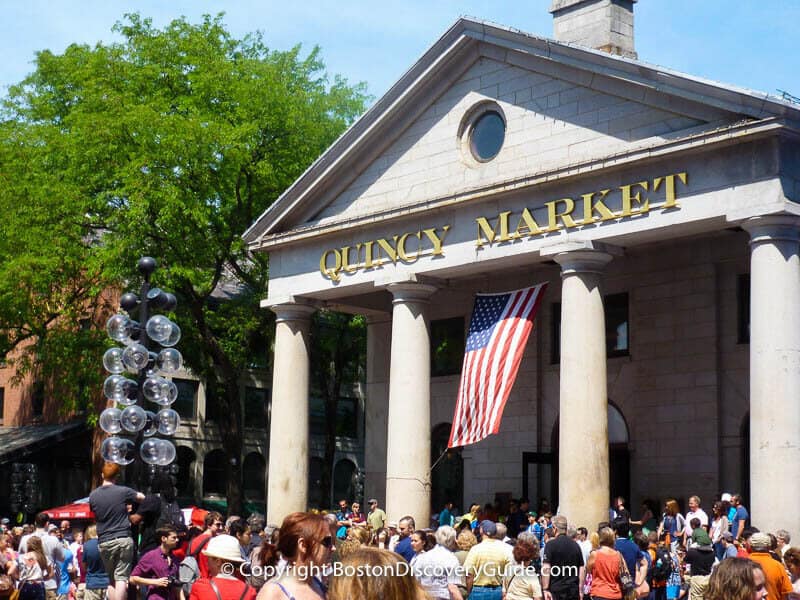 Also known as Faneuil Hall Marketplace, the Quincy Market is an indoor/outdoor center of restaurants, bars, entertainment, and shops.  While the Freedom Trail will take you by the marketplace, I’d encourage you to slow down and spend more time exploring the area.  Inside you can find anything you could possibly crave – from lobster rolls, clam chowder, pizza, sushi, and desserts galore.  Bars and restaurants lining the outside of the market, plus live entertainment in the center promenade.

8.  Walk Newbury Street to Find Out Why Bostonians Refer to it as the “Rodeo Drive of Boston” 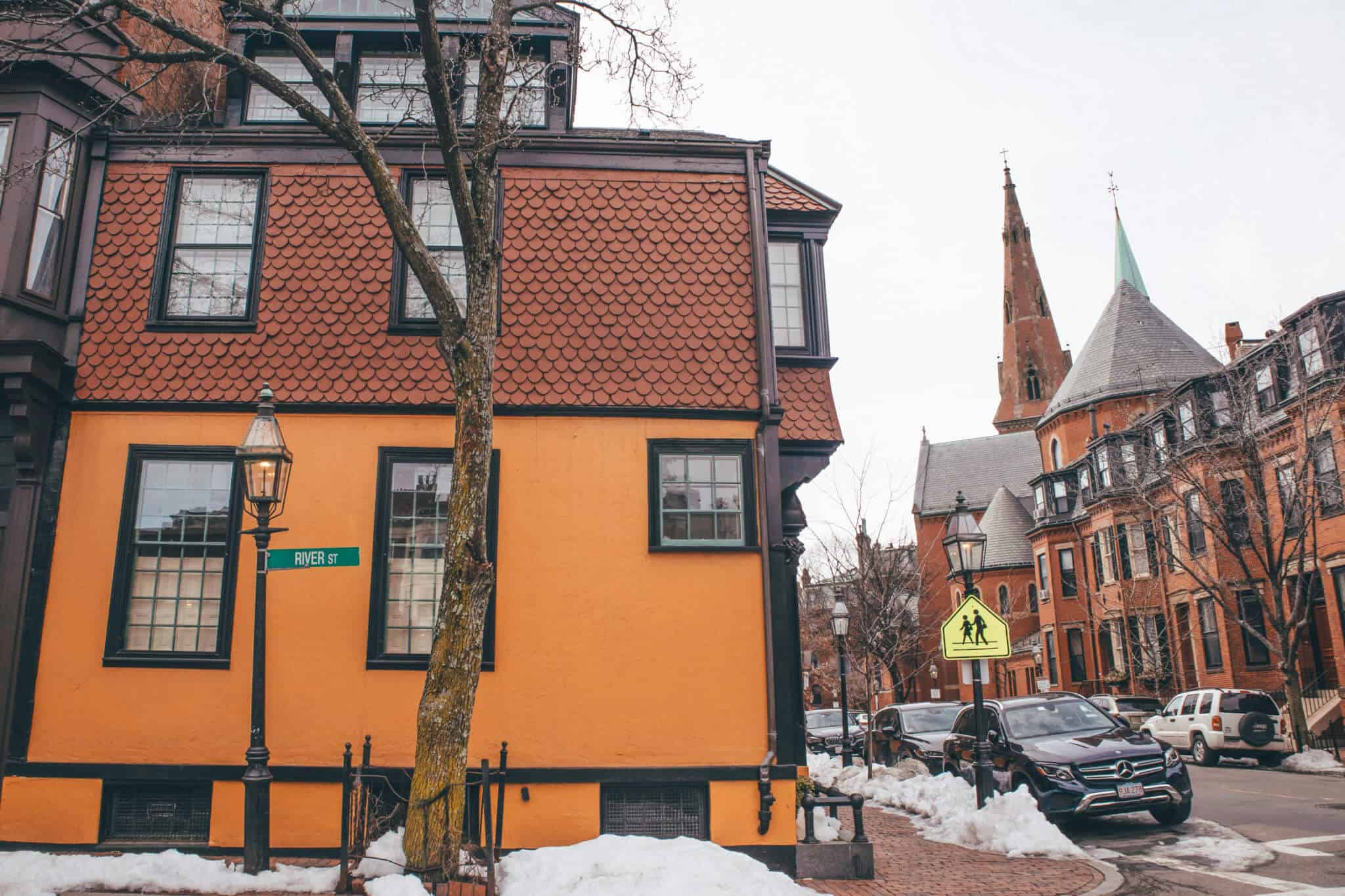 Found in Back Bay, Newbury Street is the most prominent shopping street in Boston.  From Chanel all the way down to Nordstrom Rack, it’s not only for the uber-rich, but for anyone and everyone.  If you prefer boutiques, hit up Charles Street (pictured) in Beacon Hill instead.

9.  See the Iconic “Boston Style” Homes in Back Bay 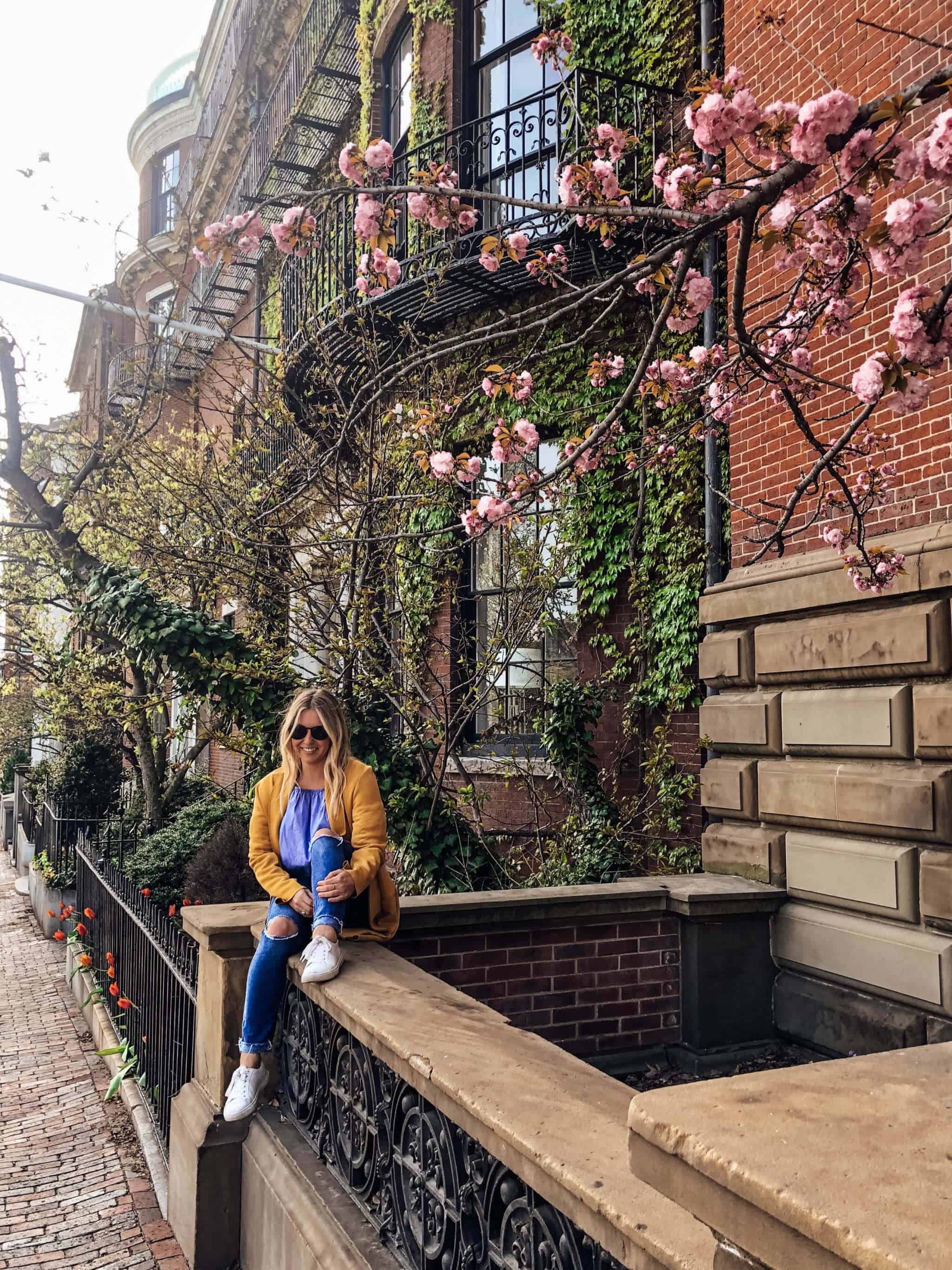 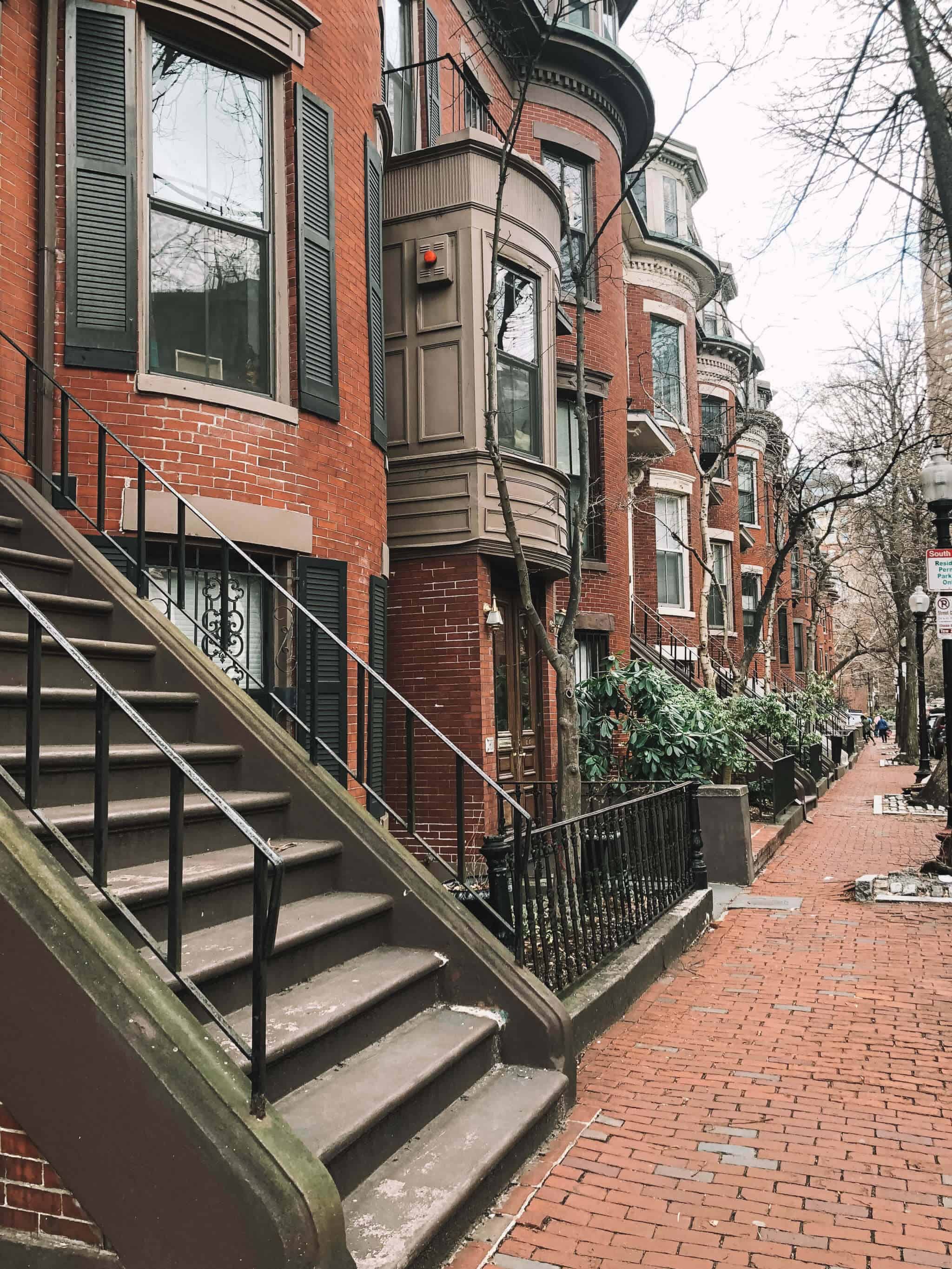 “Federal” style architecture is a classic architecture that was popular as America was developing.  The style was mostly utilized from 1785-1815 and Back Bay has a display of homes with this type of architecture.  Not only will you see this in Back Bay, but all around Boston including the Massachusetts State House.

10.  Discover the Many Cultural Facets of Boston; including the immigration of the Irish and Italians 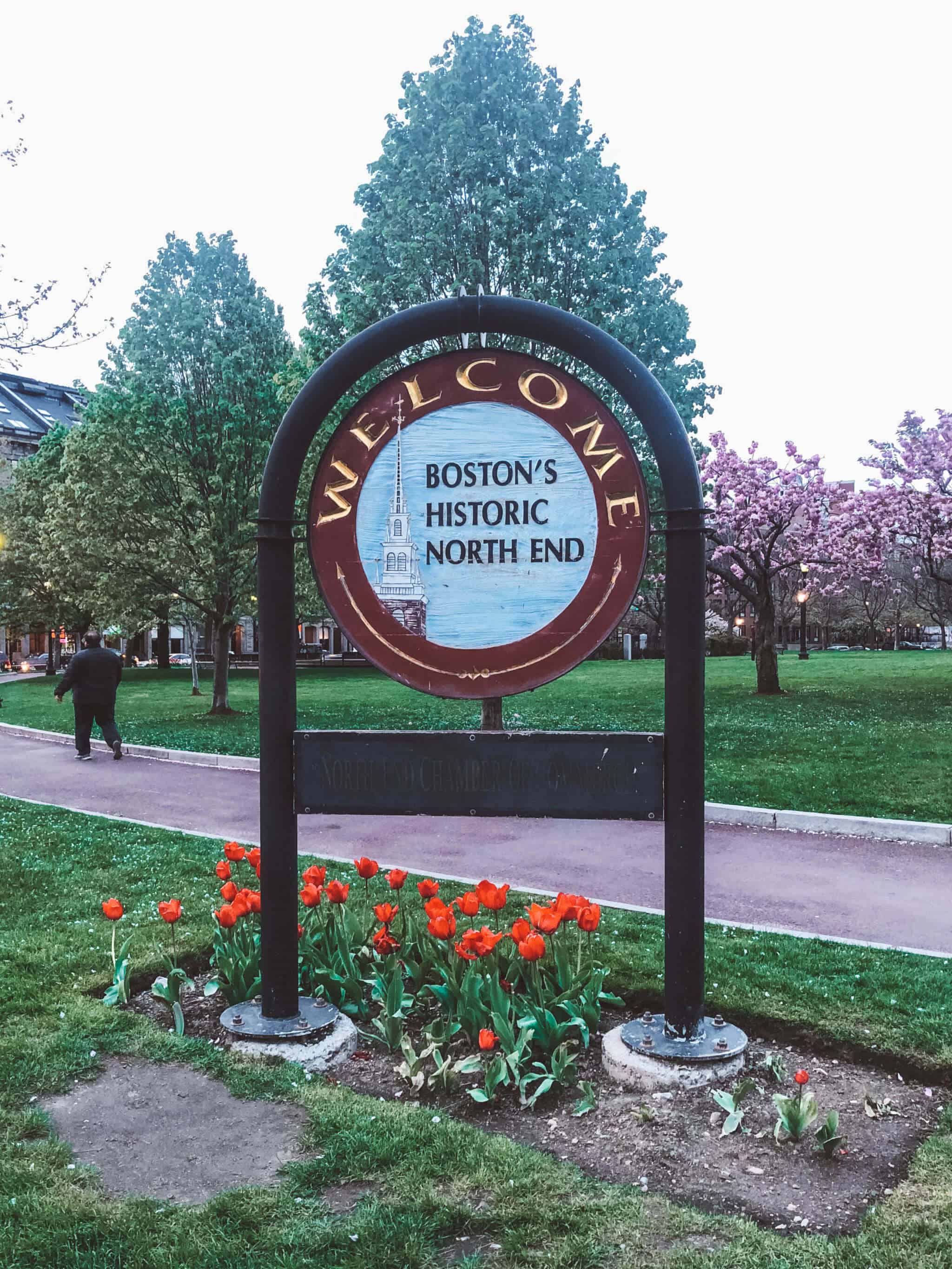 Boston has many different cultures influencing and diversifying the city.  In the early 1850s, the Irish immigrated to Boston after the Great Irish Famine.  They make up the largest ancestral group in Boston.  While Americans originally didn’t welcome the influx of the Irish, they worked hard and adapted to the culture and were soon thought of as American.  While the Freedom Trail walk doesn’t cover this part of history, as you move from the Old Corner Bookstore (turned Chipotle), to the Old South Meeting House, there are statues detailing what it was like to immigrate to America from Ireland.  I encourage you to stop and read the plaques to better understand this time in our country’s history.

Aside from the Irish, Boston also saw an influx of Italians enter through the Port of Boston.  Behind the Irish, the Italians make up the second-largest ancestral group in Boston.  They settled in the North End, and to this day the North End is known as Boston’s “Little Italy”.  If you’re visiting Boston and craving a hearty Italian dish, the North End is where you’ll find it!  (Bonus points if you find Pomodoro and eat there).

Two Things That are Worth Avoiding

1.  Don’t Get Sucked into Tourist Traps

Let me say this louder for the people in the back… absolutely, positively, don’t get sucked into tourist traps!  There are so many “old” things in Boston.  The oldest bar!  The oldest park!  (Ok, that one’s pretty cool).  But the list goes on.

The Bell in Hand Tavern is the oldest tavern in all of America, opened in 1795.  Don’t even think about going.  There are so many other great places to spend your time in Boston, this isn’t one of them.

Ok, maybe do if there are young kids involved; otherwise, it’s overpriced and not worth your time.  While you learn facts about the city, including… jelly beans were created in Boston, you don’t get much else out of it.  I would save the $50 and spend it doing something different.

Are you looking to explore Boston further?  To discover everything you need to know about Boston while visiting, read my Ultimate Guide to Exploring Boston

Hey!  Do you value visuals over words?  Head over to my Instagram page/highlight reel to get a visual look at Boston! 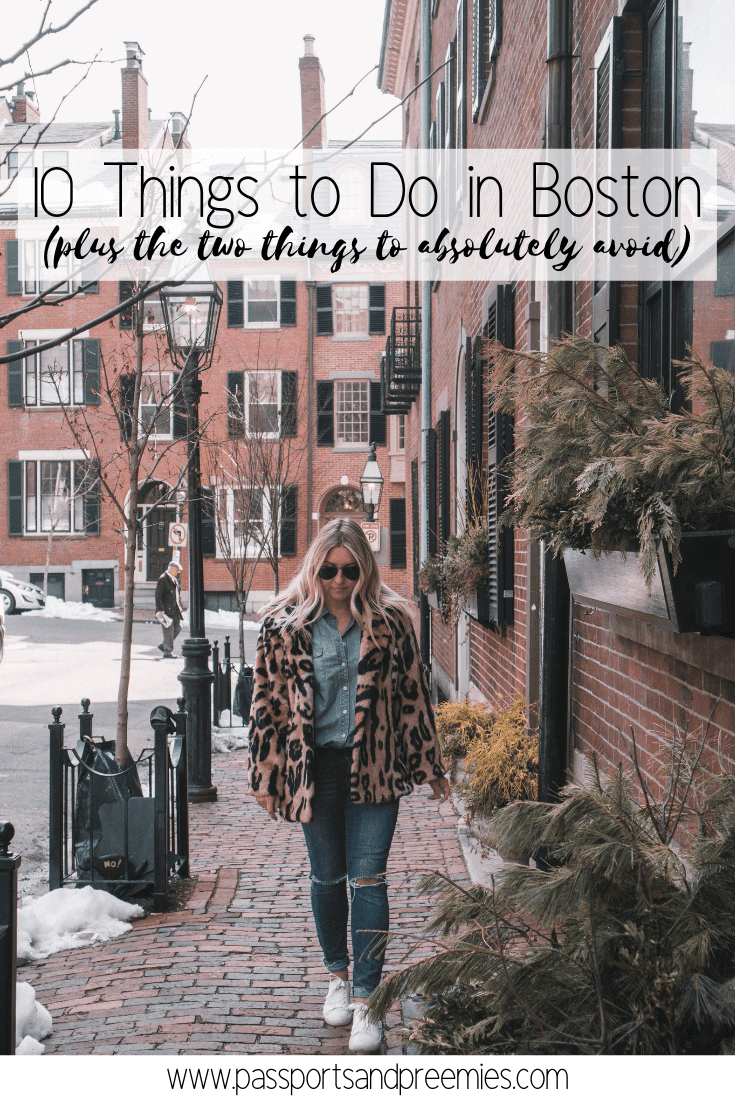 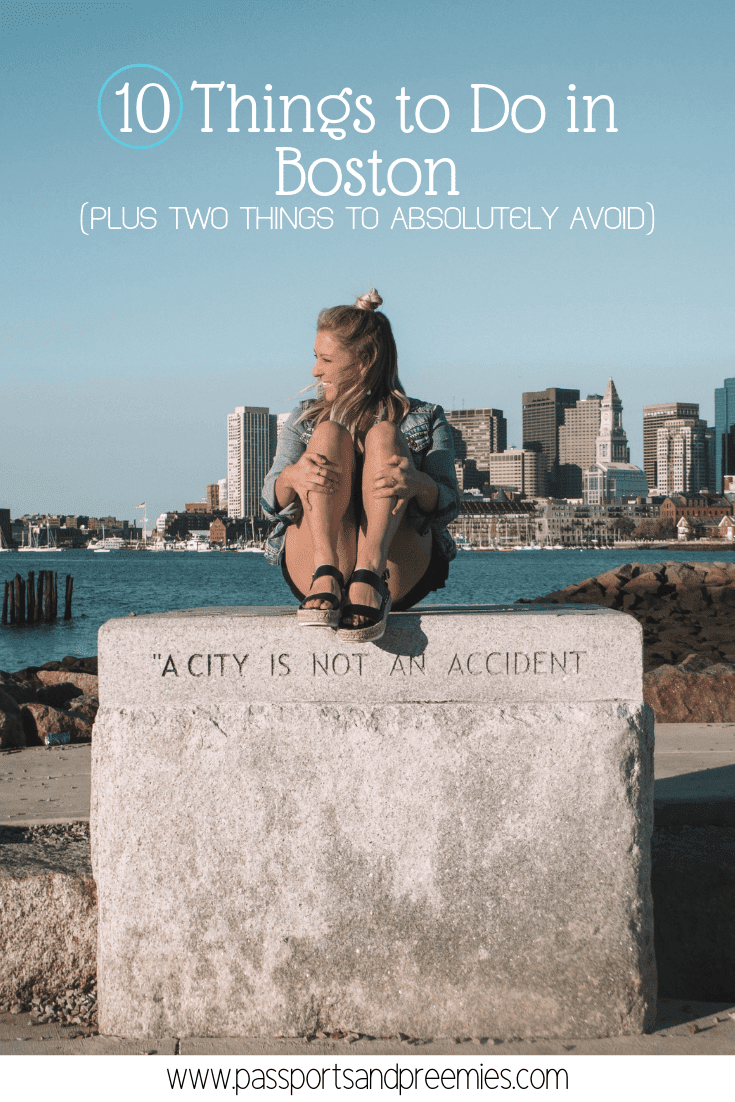 END_OF_DOCUMENT_TOKEN_TO_BE_REPLACED

What to Do if Your Travel Nurse Contract Gets Canceled

8 Apps You Need for Transportation in San Francisco

How to Put Together a Travel Nurse Resume