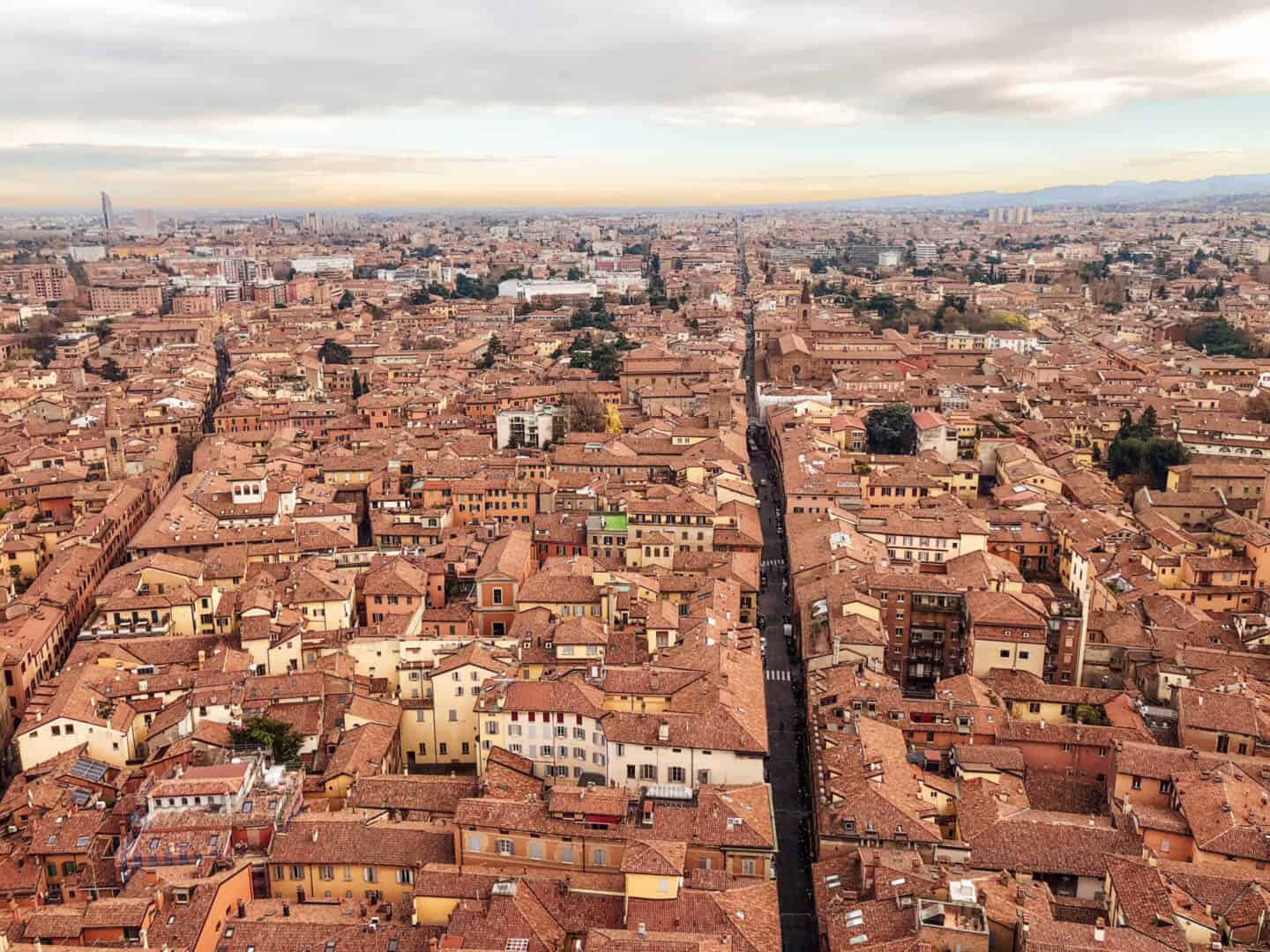 Spur of the moment, I booked a trip to Italy for what was supposed to be a 5-day trip.  I loved it so much that I ended up extending my trip an extra 13 days and stopping in three cities I hadn’t originally planned.   I was completely hooked on Italy; everything from the food, the culture, the wine.  The breathtaking scenery of the green, rolling hills and vineyards stretched out before you.  Add on to the fact that every city feels so different from the next, moving from city to city makes you feel as though you’re moving from country to country.

What I don’t love about Italy?  The pushy locals standing outside restaurants urging you to come in and eat. The street vendors begging you to buy their souvenirs, hardly taking no for an answer. And the people who hang around the tourist hot spots to sell you a selfie stick, pickpocket you, or steal your phone out of your hand.  Italy, I love ya, but after getting scammed or almost scammed on six separate occasions, I have to ask… has your country mastered the art of the “tourist scam”?

The Scam – Targeting Tourists at the Train Station 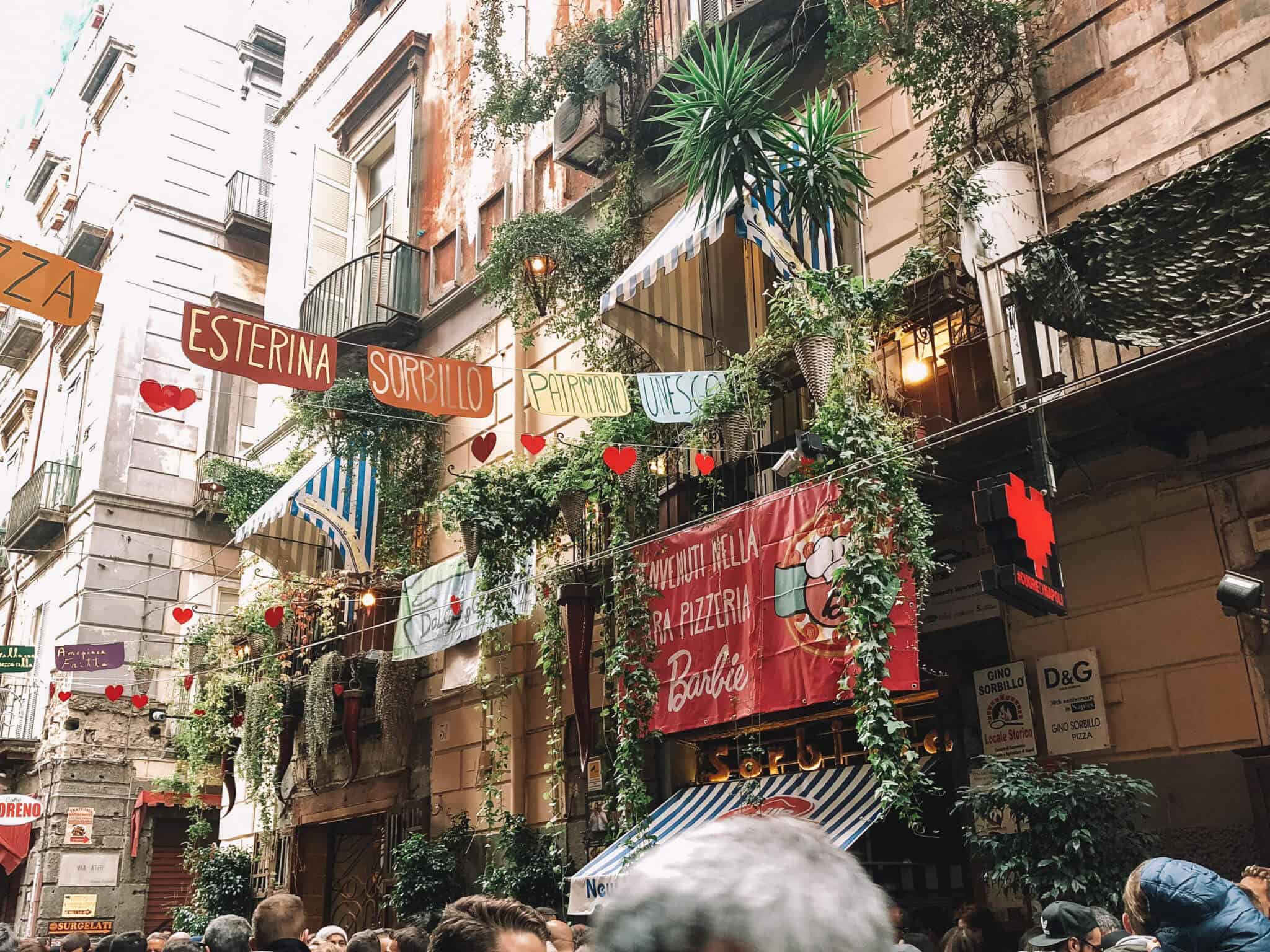 Naples was the first city I arrived to when I first set foot on Italian soil.  When the plane hit the runway, I was all smiles.  An ear-to-ear grin stuck on my face the entire weekend I was there.  Naples was like getting a true and authentic Italian experience.  Locals vibrantly yelling at each other across the street. Motorbikes weaving through traffic.  Trying to navigate through the crowds while still taking in the beautiful buildings and architecture. And don’t get me started on the food!  The smell of pizza wafting from each store.  The sight of pasta being rolled out through shop windows.

When I purchased my train ticket to go from Naples to Rome, I purchased it knowing that it was a flexible ticket, which a local confirmed to me.  I missed my train due to traffic, but knowing that a train leaves almost every hour I didn’t sweat it.  When I pulled into the station, someone from security stopped me.  And although I was the only person stopped in the crowd of people, I figured I must have just looked lost.

He noticed that I had missed my previous train and told me that I would have to purchase another ticket.  I reiterated that I was assured this ticket was flexible and a local had told me I’d be able to get on the next train.  After a bit of back and forth, I stood my ground.  I didn’t end up having to pay for another ticket, and he let me go.

Lesson:  Stick up for yourself and when something feels fishy… it probably is

I would also like to point out that when my parents were visiting Italy on a separate occasion, they too were almost scammed at a train station. They showed up to the station to purchase tickets and a local approached them and saying that if they gave him cash he could get them tickets at a discounted price. Luckily a police officer stepped in. My dad said that the local was so convincing he would have given him the cash. 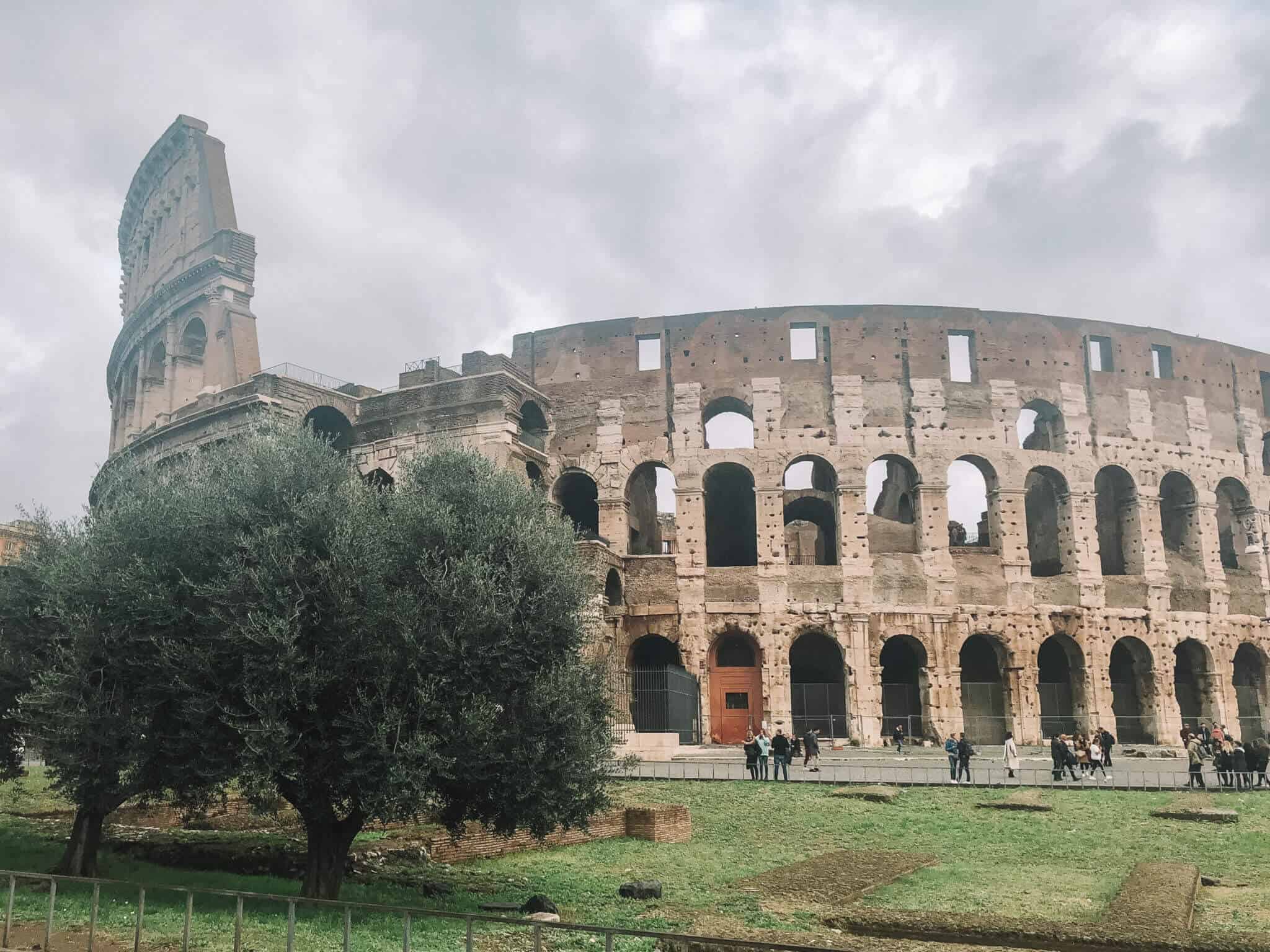 The Roman Colosseum is the largest amphitheatre ever built and is recognized around the world. It is a site to behold and has made the list of the “New7Wonders” of the world.  You can’t miss touring it while in Rome, whether alone or with a tour guide.

I originally booked a tour with “Colosseum Rome Tickets”, seeing as the tickets seemed to be cheaper than other companies.  The price included a comprehensive tour of the Colosseum, Roman Forum, and Palatine Hill, with a professional guide, as advertised online.  The website, however, failed to disclose that if you visit during the winter months, the price of your ticket doesn’t change, but what is offered in the tour does.  You don’t in fact get entrance into the Colosseum, Forum, and Palatine Hill. You tour the Colosseum and talk about the Roman Forum and Palatine Hill from the outside, without being able to enter.

Luckily my guide was happy to give me my money back, seeing as the tour was falsely advertised online.  I re-booked with The Roman Guy, and had a fantastic time.  Plus I was able to enter all three sites, as advertised online. 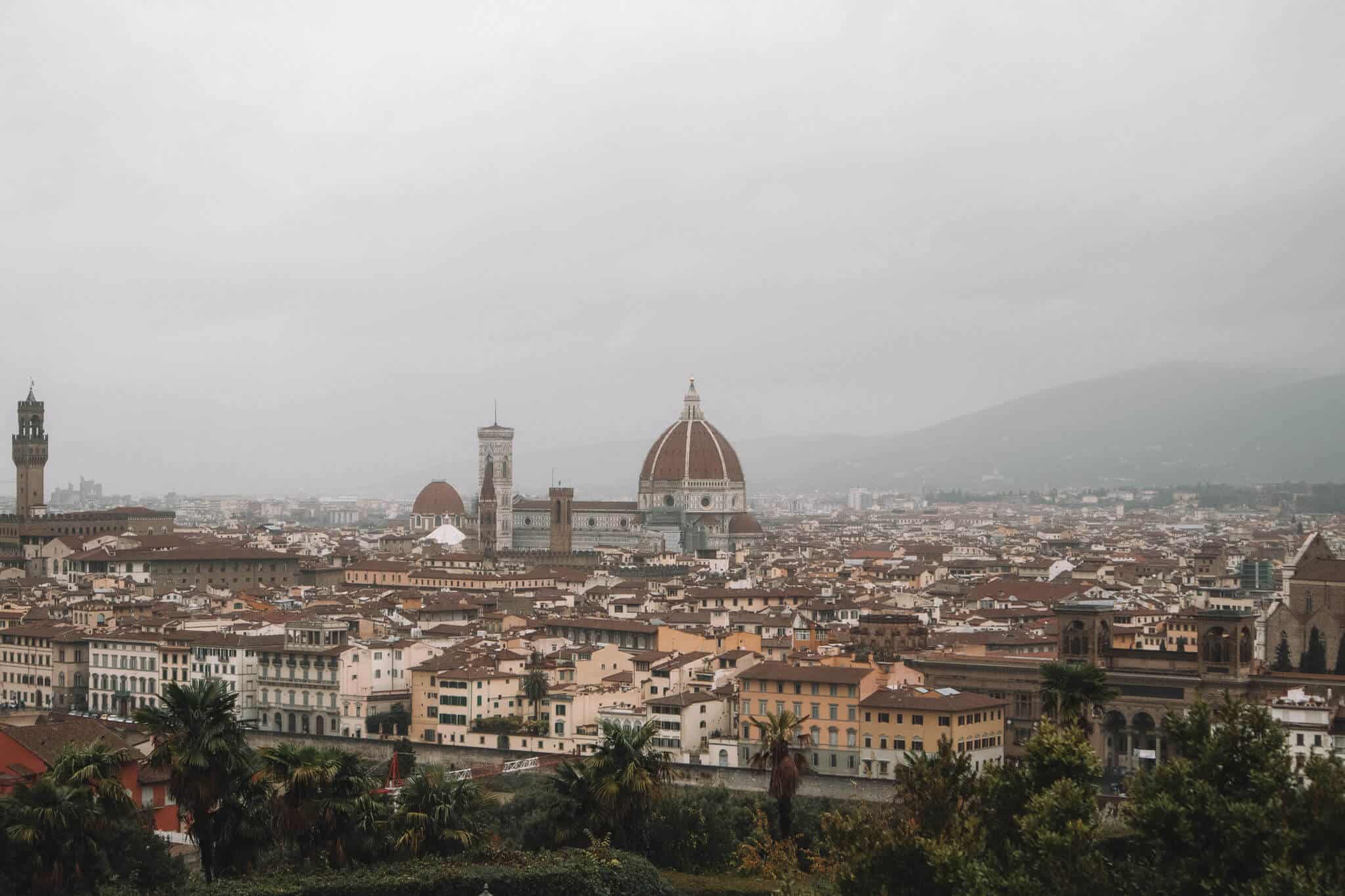 While this particular “scam” didn’t happen to me personally, it’s worth mentioning. I have a friend who lived in Florence for a few months one summer. She spent the summer working as an English speaking tour guide for tours throughout Florence and neighboring regions. TWICE she got her phone stolen. The second time it occurred she was texting and a local walked up to her asking for directions. Phone in hand, she pointed down the road. The man grabbed her phone and took off. Luckily a bouncer saw and was able to stop him.

Lesson: Always be aware of your surroundings and keep your phone in your purse when able

The Scam – Getting Ripped Off at Local Restaurants 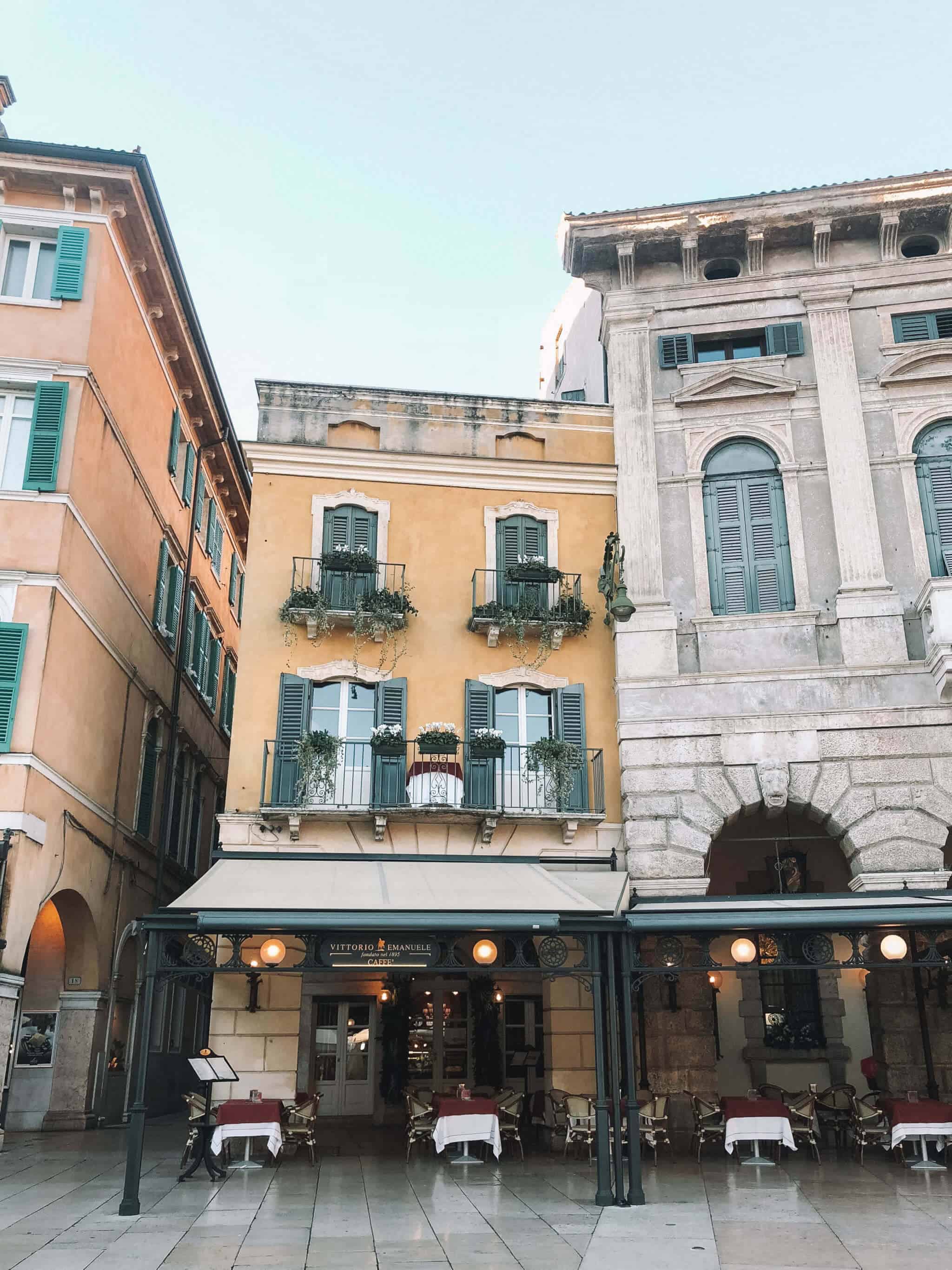 After visiting six cities in Italy, I can say that Verona takes the prize of being my favorite. But that’s not how it started. My very first night in Verona I popped into a wine bar that a local had suggested.  I ordered myself the meat and cheese plate and waited with a glass of sauvignon blanc.  What came out was a cheese plate, made up of one type of cheese. I pointed out to the waiter that I ordered a meat and cheese plate, and sent it back.  What came out next was a meat plate, made up of one type of meat.  Again, I reiterated that I ordered the assortment of meats and cheeses and even got a second waiter to come over and listen.  They took the meat plate away and I waited… again.  The third time they ended up getting my order right.

When I went to pay for my meal they charged me for all three dishes that came out.  I was beyond furious and on the verge of tears that I simply paid and left.  I did not have the energy to argue about why I shouldn’t be charged for all three plates that were sent my way. What was supposed to be a $15 meat and cheese plate turned into a $40 fiasco.

The Scam – Requesting Cash When Something Goes Awry at an Airbnb 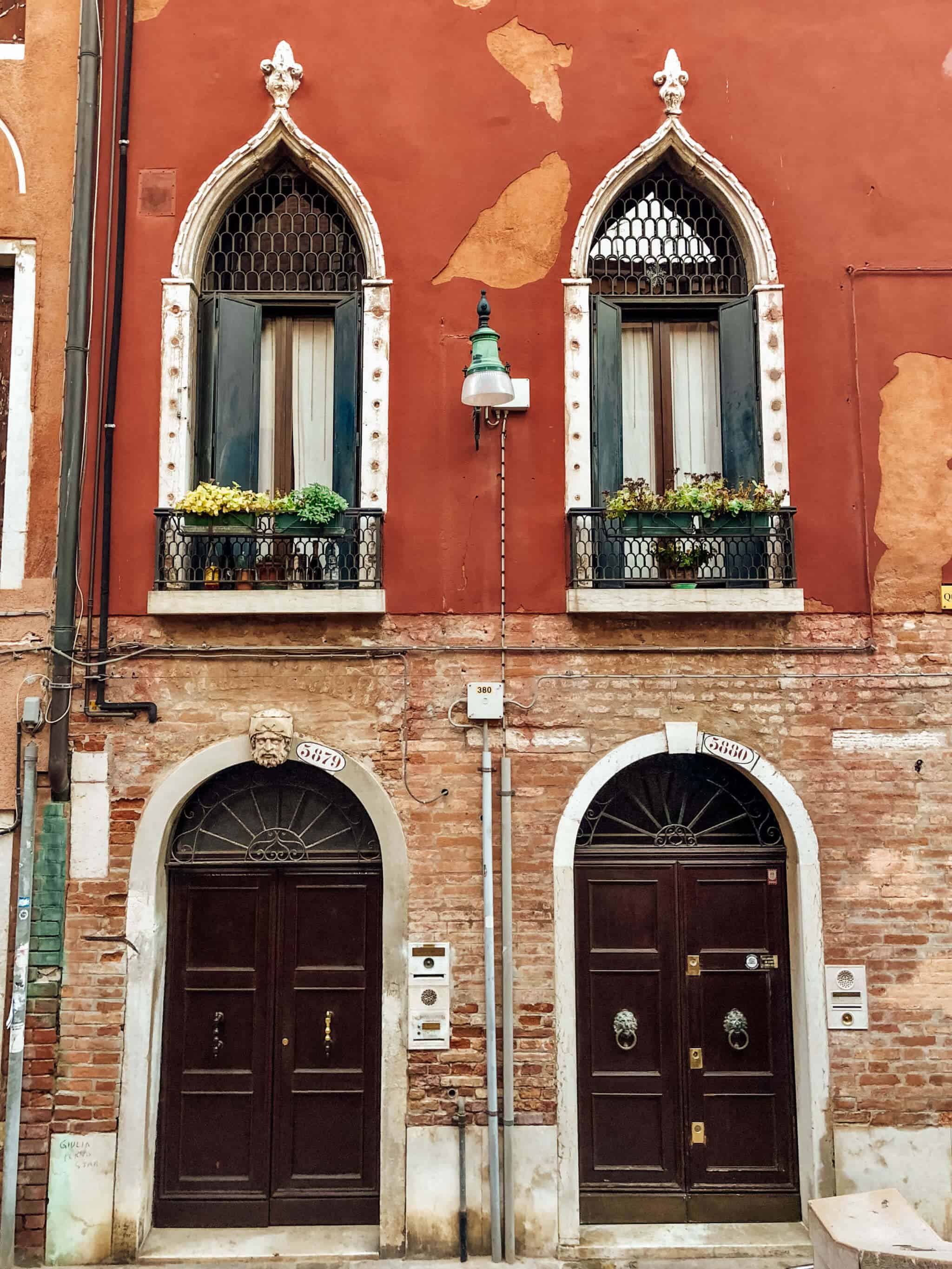 Venice wasn’t that good to me.  And in fact, I didn’t fall in love with the city like I did previous Italian cities.  I liked it best in the early morning when the tourists weren’t out.  And even then there wasn’t much to do.  I’m happy I visited, but it’s somewhere I never plan to return to.

Throughout my solo trip, I have stayed at multiple Airbnb’s in multiple countries.  I’ve never had an issue and always get a good review (it’s one of the things I pride myself on)!  This particular Airbnb experience started out poorly, and continued to go downhill for the next three days.  Ultimately what made it a bad experience was the host.  After notifying her that the wifi wasn’t working she told me that if I wanted her to fix it I would have to give her 20 Euros.  And that was after she had accused me of lying about the broken wifi. Needless to say, I received a not so stellar review.

Lesson:  Read all reviews online, don’t stay anywhere with a negative review, and never give an Airbnb host cash

The Scam – Flat Out Lying 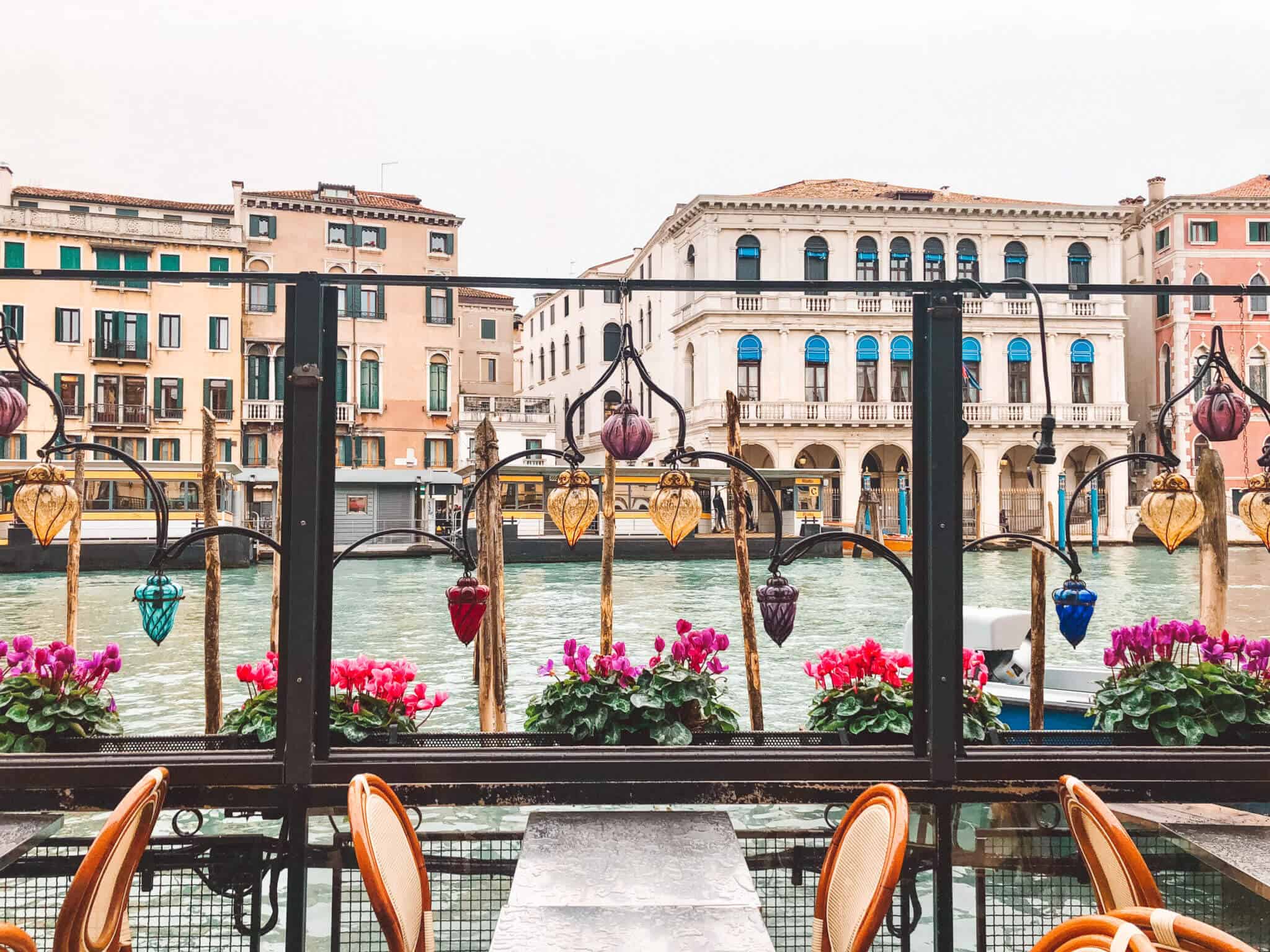 I had been craving a chocolate croissant for some time, but it wasn’t until I got to Venice that I began my hunt to find a gooey chocolate filled croissant to accompany an espresso.  When I passed a restaurant along the canal, a waiter asked me if I’d like to come in and have a bite to eat. I told him that I was on a mission for an espresso and a chocolate croissant and I don’t think he’d be able to help me. He told me otherwise, led me in, and sat me at a table. When he brought the menu I told him I didn’t see a croissant offered. He said yes, but there’s espresso! Without ordering, I left to continue my search.

Come to find out, she lied.  When I bit in to an empty, stale, and flavorless croissant, I was so disappointed tears started to well in my eyes. This was an eight Euro croissant that I had been searching the city high and low for.  And the waitress blatantly lied to my face.  I left it on the table and when I went to pay I simply stated, “There was no chocolate in the croissant..”  She replied, “I know”. With that, I paid, turned on my heel, and walked out.

Lesson:  Don’t crave chocolate croissants, and if you do… hope that you’re in a place full of truthful people! 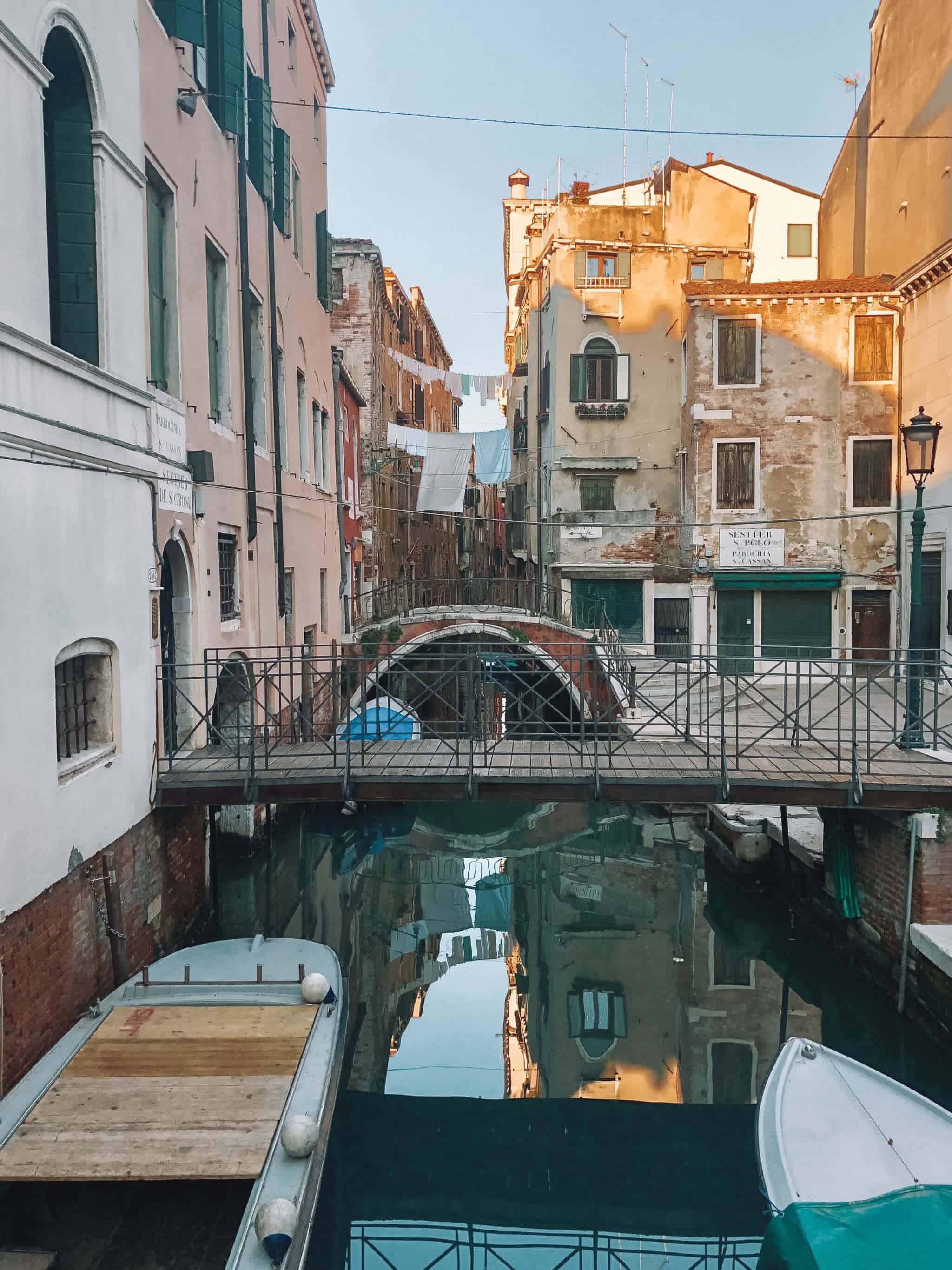 And the final straw of it all, and what prompted this blog post was when I was on my way out of Italy.  I had truly had enough of the country after my previous experiences and in a flurry booked a ticket to Salzburg, packed my bag, and left. My Airbnb was close to the train station, but I had to lug my 25kg bag up and down eight separate bridges to get there. When I finally came to the very last bridge before the train station, a local approached me and asked if I needed help. I had already crossed seven bridges, by myself, and told the local that I could carry it on my own.  He insisted that he help me, so I let him. When we got to the end of the bridge he held out his hand and said, “Now you have to pay me”.  And with that, I couldn’t get out of Italy fast enough.

Lesson:  Always carry your own luggage even if a stranger insists on carrying it for you

Regardless of my not so stellar experiences along the way, I still love and adore Italy. And despite the negative experiences, I will definitely be visiting again.  But being there for 2.5 weeks and always on the lookout for the next person to scam me, I was to my wits end and needed a break.

If you do visit Italy, and trust me, you still want to. Don’t forget to bring with you your wits and tough skin.  Oh, and don’t let anyone carry your bag. 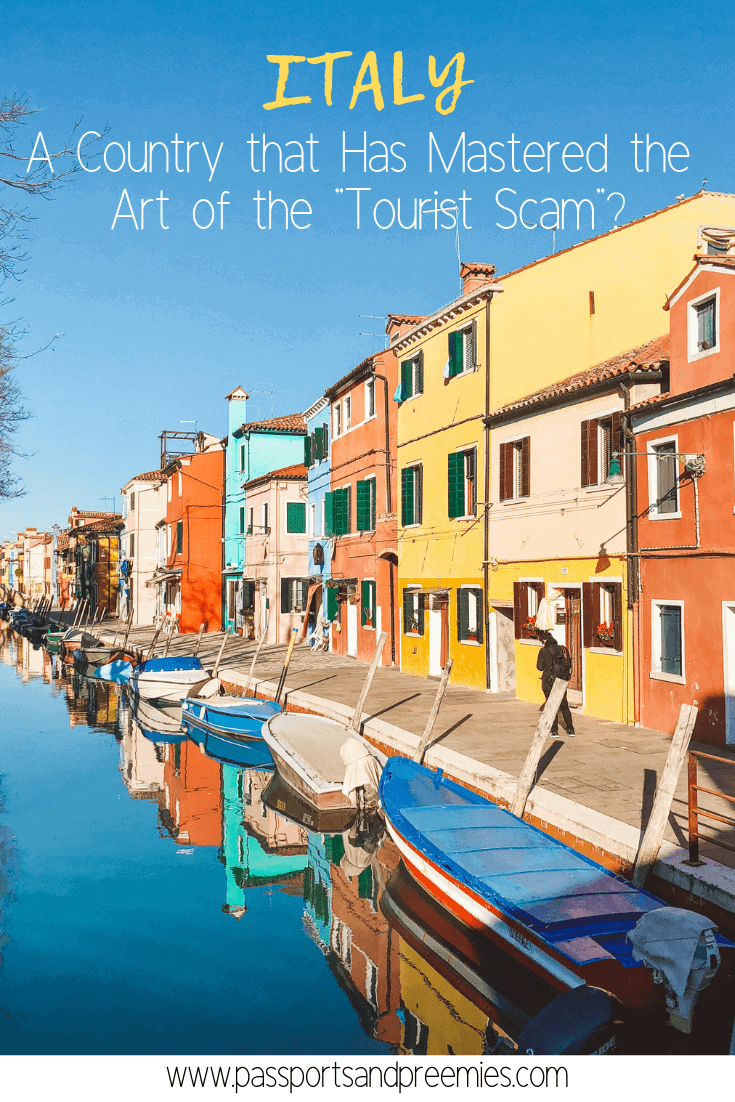 Kylee splits her time between being a NICU nurse and solo traveler. Spending half her time at the bedside, Kylee has been caring for premature babies in the Neonatal Intensive Care Unit for five years now. She began Passports and Preemies in 2017 to reach nurses and advocate for the prevention of nurse burnout by traveling. Kylee is the original creator of the “8 Day Vacay” – A vacation geared towards nurses aiming to take advantage of the potentially 8 days off between work weeks with no need to use PTO.

Hi friends! And welcome to Passports and Preemies! I’m Kylee. A NICU nurse and avid solo traveler, able to avoid nurse burnout by traveling. I'm here to give you traveling tips, resources, and inspiration for the every nurse and solo traveler! Plus, I also offer 1:1 mentoring for nurses who wish to take the leap into travel nursing!

END_OF_DOCUMENT_TOKEN_TO_BE_REPLACED

The Ultimate Guide to …

How to Negotiate Your …

How to Have the …

Things to Do in …