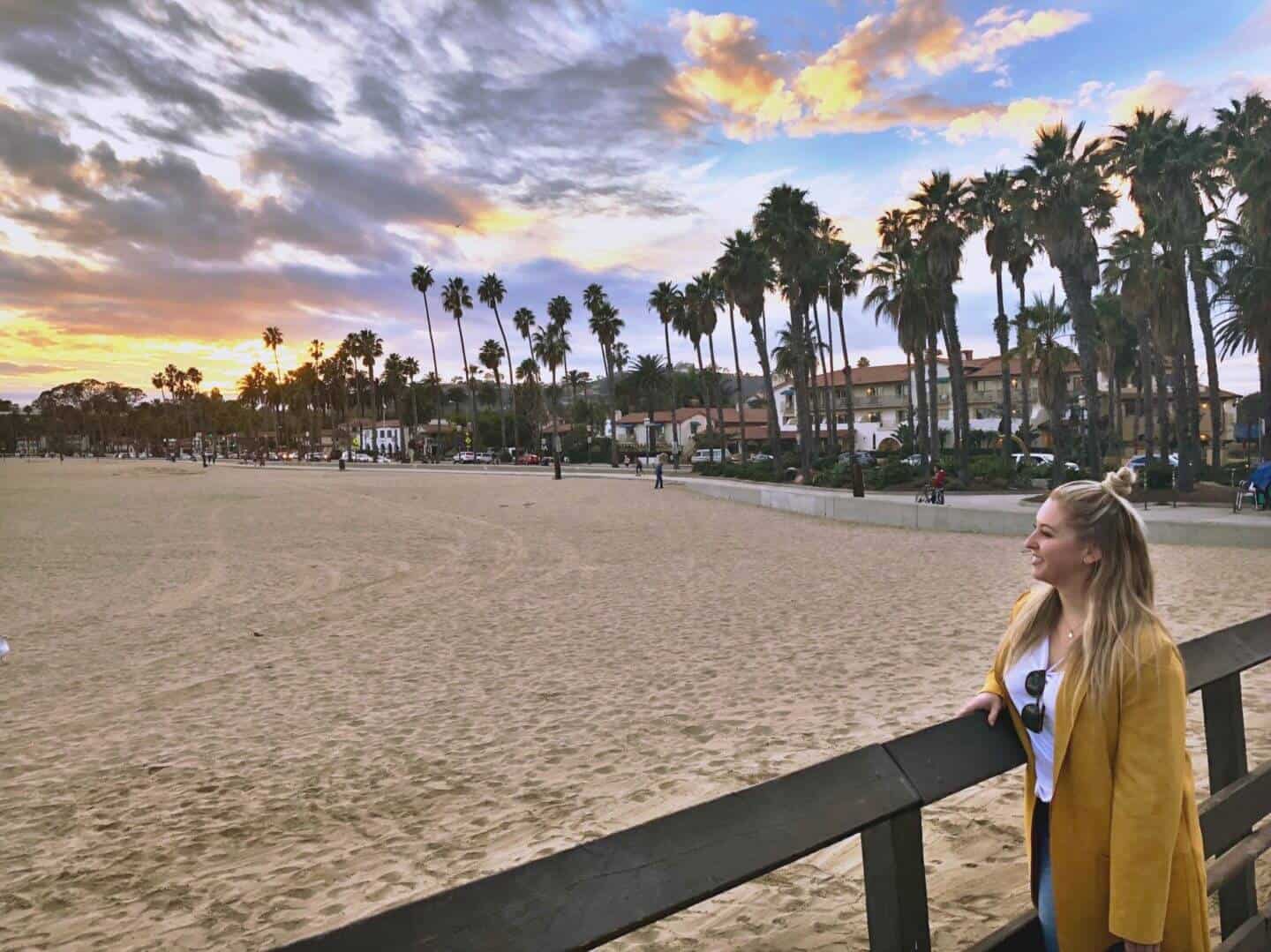 Nestled between the foothills of the Santa Ynez Mountains and the Pacific Ocean, Santa Barbara is one of California’s best-kept secrets.  While the rich and famous have figured it out, not many other people have.  Also known as America’s Riviera (and for good reason), Santa Barbara has a sort of European charm that is easy to fall in love with.

I had the pleasure of escaping the Nebraska winter and heading west to California to bask in the Santa Barbara sun when I signed my third nursing contract at Cottage Hospital.  It only took a few days in Santa Barbara to make me realize that this quaint town is all things chic, beautiful, and charming.  Located north of Los Angeles and south of San Francisco; Santa Barbara has managed to maintain a small “beach town” feel while sandwiched between two of the most well-known cities in the world.  While you can visit Santa Barbara in a few days, you’ll surely want to stay longer.

Places to go in Santa Barbara 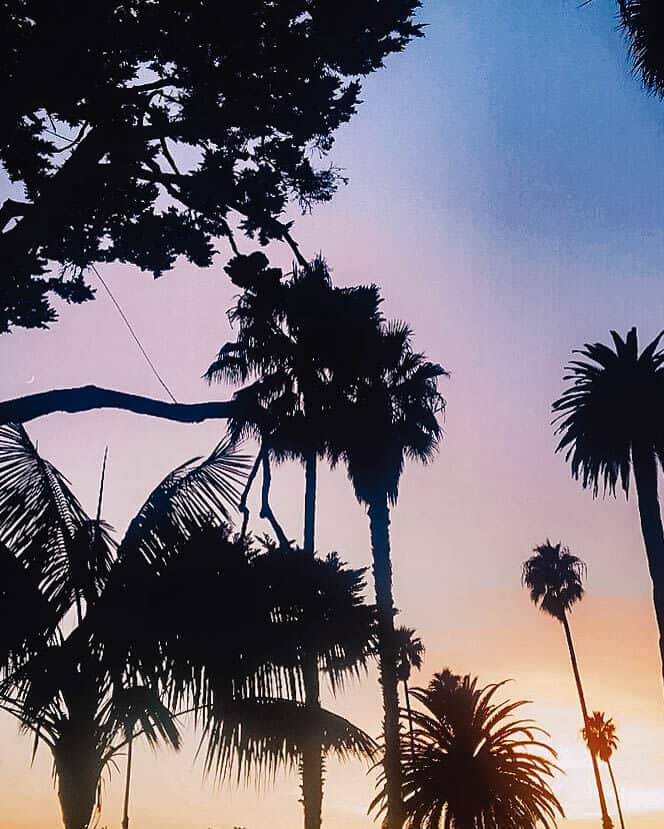 In a town famous for its beaches, wine country, and world-class restaurants; there are tons of exploring to do in Santa Barbara.  From State Street to the Pacific Ocean, and everything in between; Santa Barbara is one of a kind destination.  The kind of place you can go solo, visit with family, make it a romantic destination, or even a girl’s trip!

The Bars of Santa Barbara; Best Places to Hang Out

Lama Dog – Also found in the Funk Zone, Lama Dog is one of three bars sharing space in a big industrial building.  Unlike the other two bars in the building, Lama Dog serves delicious food out of a small window to enjoy with your drinks.

The Red Piano – A tourist hot spot on State Street, The Red Piano is a live piano bar.  Where you can sing along, dance, or just sip cocktails.

Santa Barbara Wine Therapy – A board game/wine bar located on State Street.  Where every night is themed and live music can be found.

The Restaurants of Santa Barbara; Best Places for Food

Santa Barbara is known to have some of the freshest seafood, most diverse food scene around California.  From ramen, to poke, just about every ethnic food is somehow represented in this small beach town.  While a lot can be found on the main street in town, State Street, the true gems are tucked away on lesser-known streets.  For a full rundown of the best restaurants in Santa Barbara, check out A Foodie’s Guide to Santa Barbara.

The Beaches of Santa Barbara; Best Beaches Around Town

Butterfly Beach – A few miles east will bring you to the charming town of the rich and famous – Montecito, California.  Here you’ll find this serene public beach known as Butterfly Beach.  Easily reachable by foot, bike, or car if you’re in Santa Barbara make sure not to miss it.  Plus since it’s a bit further away from the main drag in Santa Barbara there tends to be fewer people occupying the beach.

Hendry’s Beach – South from Santa Barbara you’ll find this dog-friendly, surfer-friendly beach.  Walk along the long stretch of California’s coast or hit the Boathouse at Hendry’s Beach for brunch, dinner, or happy hour!

What to Do in Santa Barbara 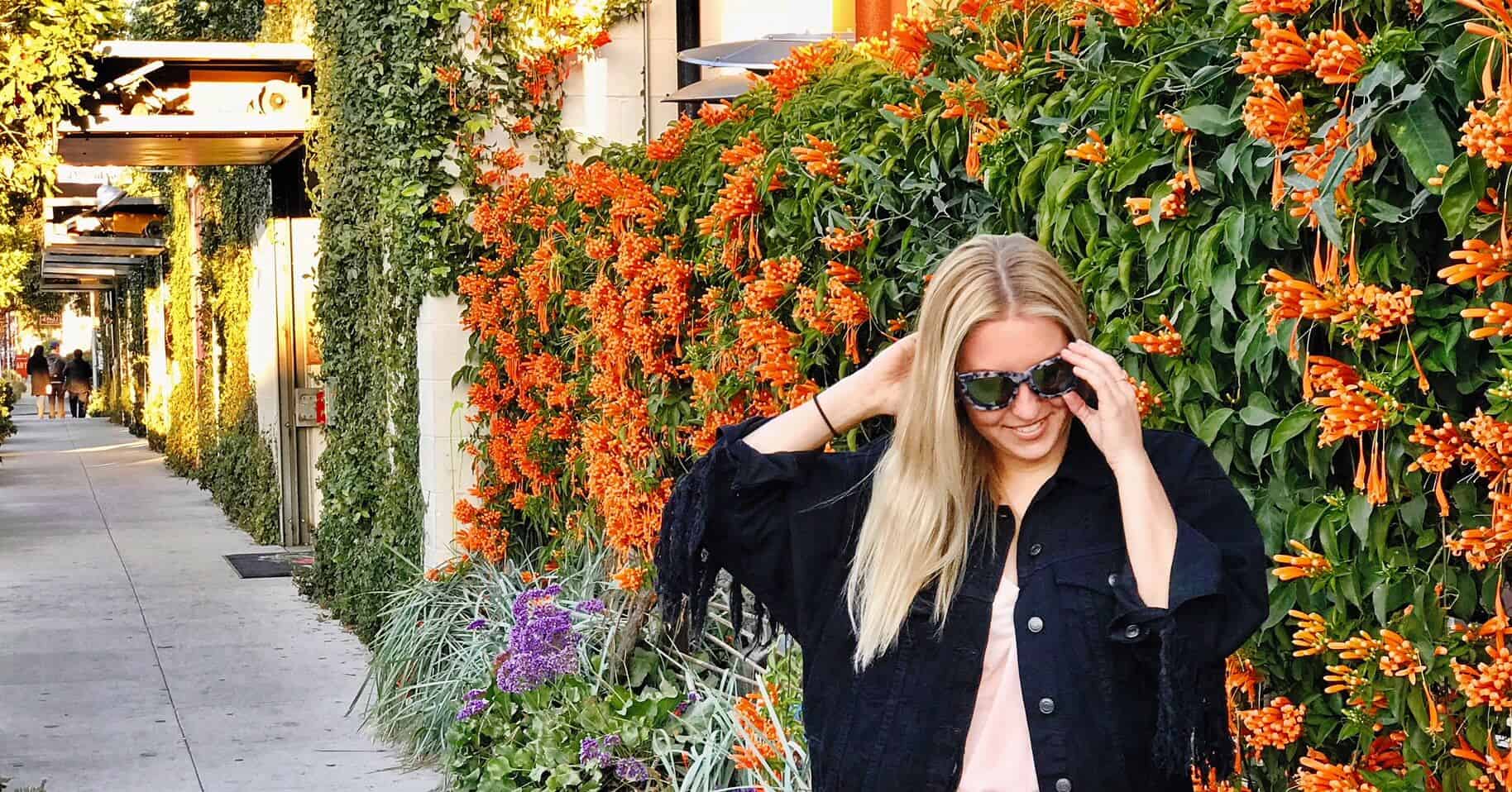 There are tons of things to see and do in Santa Barbara.  I spent three months in this beach town and barely scratched the surface.  From dipping your toes in the pacific to spoiling yourself at world-class spas.  Day trips, cooking classes, photography tours, and wine tasting; Santa Barbara is a unique destination that can suit just about everyone.

The Best Day Trips Out of Santa Barbara

A 1.5-hour drive south will bring you to the sprawling city of Los Angeles.  While I don’t prefer the loud, smoggy LA compared to the quiet and peaceful SB, it’s worth the drive if you’re only visiting once.

More up my alley is a day trip to the wine region of Los Olivos.  An hour drive northwest will take you on a stunning drive, through the mountains and valleys, before dropping you off in wine country; Los Olivos.

South of Los Olivos, north of Santa Barbara, you’ll find the Danish town of Solvang.  Famous for their windmills, Danish-style buildings, and wine tasting room; Solvang shouldn’t be missed.  I preferred to drive up to Solvang early in the morning for breakfast, before heading further north to Los Olivos for the day.

Santa Barbara Activities; What to Do, What to See, Where to Visit

One of the most unique activities I participated in while visited Santa Barbara was making the drive to this mountainside western saloon, Cold Spring Tavern.  Famous for their live music on the weekends, beer, and tri-tip sandwiches.  Where bikers come to gather and everyone leaves as friends, this activity is definitely not to be missed.

If you’re visiting Santa Barbara during the week, the State Street Farmer’s Market closes down State Street while vendors set up shop.  Held every Tuesday from 1600-1930 you can find everything from wine, vegetables, pies, honey, and more.  There’s even a bar nearby, Wildcat Lounge, that serves “farm to bar” style cocktails on Tuesdays.  One of their bartenders heads to the market when it opens and picks up a variety of herbs.  They then craft farm to bar-style cocktails using the herbs that were just bought.  (I wouldn’t recommend hitting Wildcat unless you’re specifically going for this reason).

Located near the ocean, but away from State Street, you’ll find an artsy community and the Urban Wine Trail in a place known as the Funk Zone.  The Funk Zone is a recently renovated part of Santa Barbara and is now a vital part of the community.  Here you’ll find boutiques, restaurants, wine tasting rooms, breweries, and more.

The most well-known part of Santa Barbara is the main street in town, State Street.  Ending right on Stearns Wharf in the Pacific Ocean, State Street is where the most common attractions are found.  You’ll find department stores such as Nordstrom’s and high-end boutique stores here.  You’ll find the best ice cream shops, more wine tasting rooms, and loads of restaurants as you walk this street.  Giving off a European vibe with outdoor cafes, State Street should definitely be on your list.

Truly one of the most beautiful and unique places I’ve had the luck of living in, Santa Barbara should be on everyone’s bucket list. 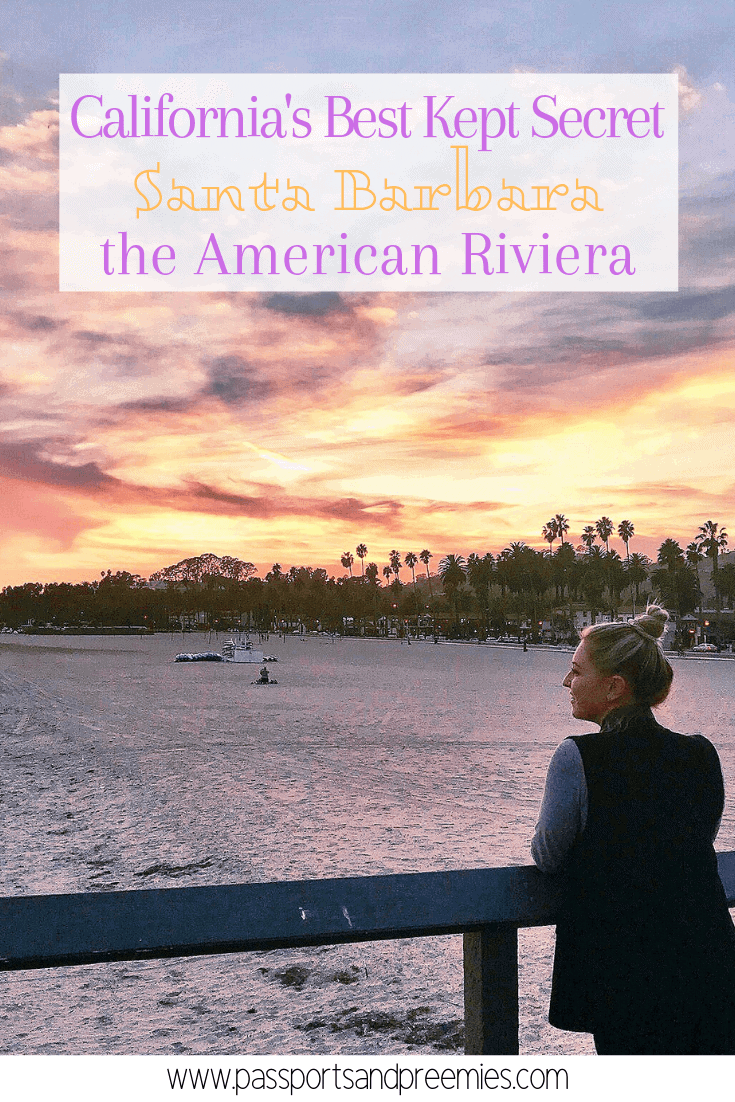 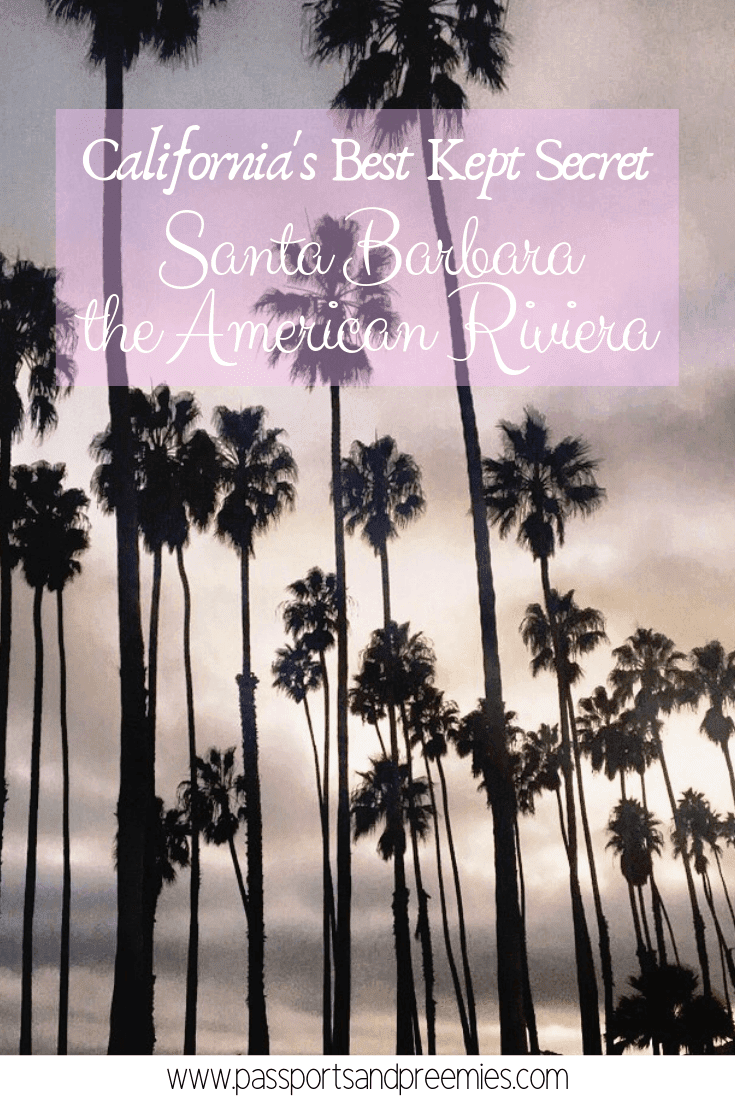