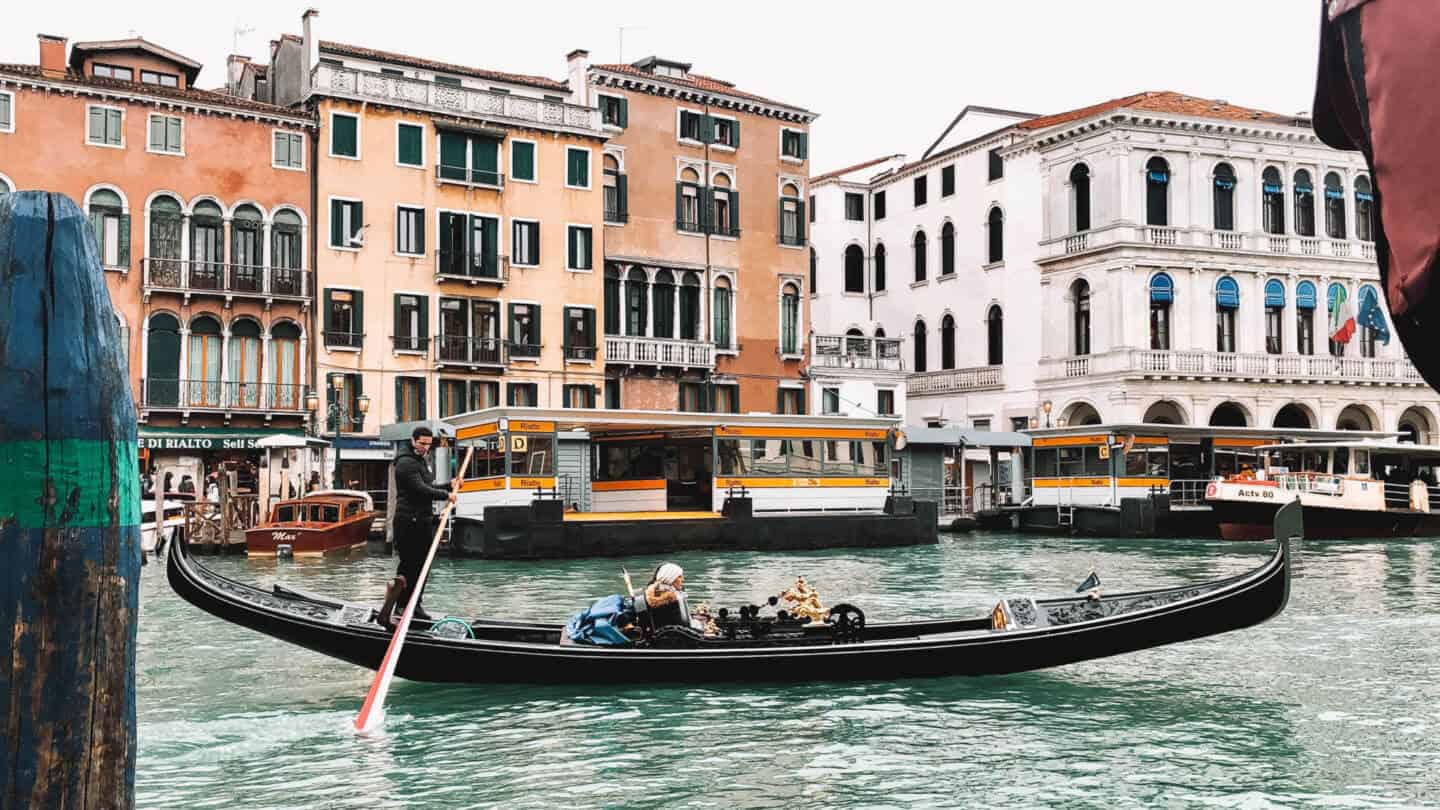 I stepped off the train, previously having visited the charming town of Verona, gathered my bags, took a breath of fresh air, and strolled outside.  What lay before me absolutely stunned me.  The street going from somewhere you can walk, to somewhere you swim.  Ferry boats and gondolas cruising by, creating waves, crashing up onto the sidewalk.  People dotting the many bridges surrounding the train station, cell phones in hand, snapping away.

Upon arriving to Venice I knew that it was the “City of Water”, but actually seeing it? Now that is a different story. And although I spent three days in this majestic city, I felt as though I had barely scratched the surface. Like a part of it was still hidden away, waiting to reveal its true beauty for another time.  And although three days was surely not enough to see the entirety of Venice, it was enough before I began to tire of the tourists that crowded the bridges and skinny alleyways.

Overall I experienced a love/hate relationship with Venice.  Waking up before sunrise, figuring out the winding alleyways alone. With nobody around to run into or hollering at you to move quicker.  Alone, Venice is a treat unbeknownst to those who choose to sleep in.  But as it begins to come alive the higher the sun rises, that is when it transforms into a city I could live without. One with Italians pushing you to buy something you really don’t want.  Or carrying your bags across bridges, even though you insist on doing it yourself, and then demanding to be paid.  A city so completely overrun with tourists, you can’t see in front of you or behind you.  A place where instead of strolling through the streets and exploring hidden gems, you’d rather cozy up inside and watch the world go by behind glass, wine in hand. 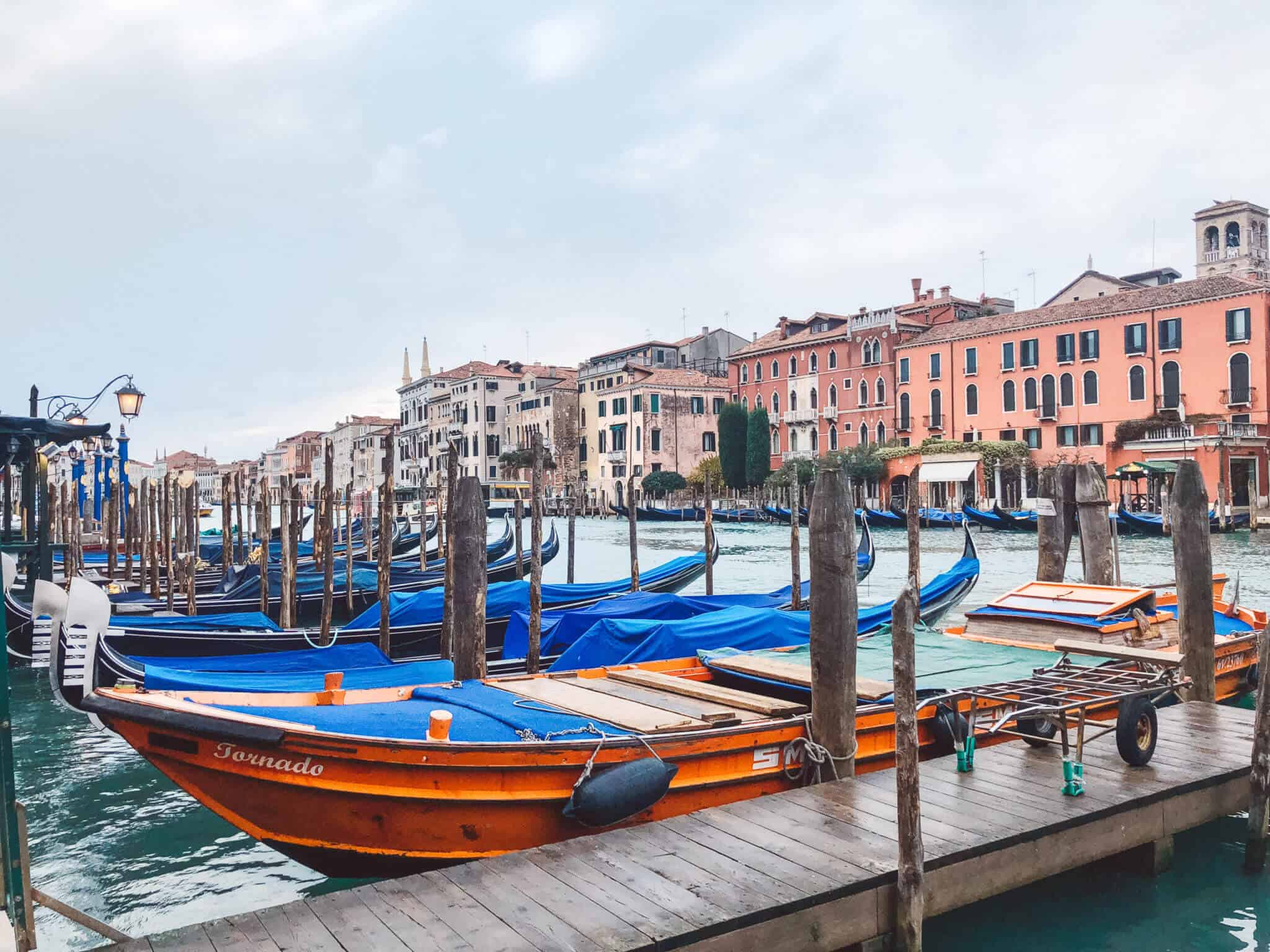 So while I enjoyed Venice, a lot of my time was spent hopping from bar to bar, trying the different Venetian tapas and drinking glass after glass of Italian wine.  And sometimes upon arrival to a place you’ve never been, you have to accept that it might not be what you were expecting. And instead you realize that the beauty in a city can be found in its food, drinks, or just good conversation with the locals.  Sometimes you realize that a city is best felt and learned not by stressing out about standing in line for hours for “the picture”, or paying boatloads of money to ride a gondola.  And that is what I am sharing with you, a way to experience Venice behind the glass, away from the tourists who crowd the bridges and streets.  A better way to experience Venice, through its food; a Venetian tapas tour.

A Venetian Tapas Tour – From the Outskirts, to the Middle 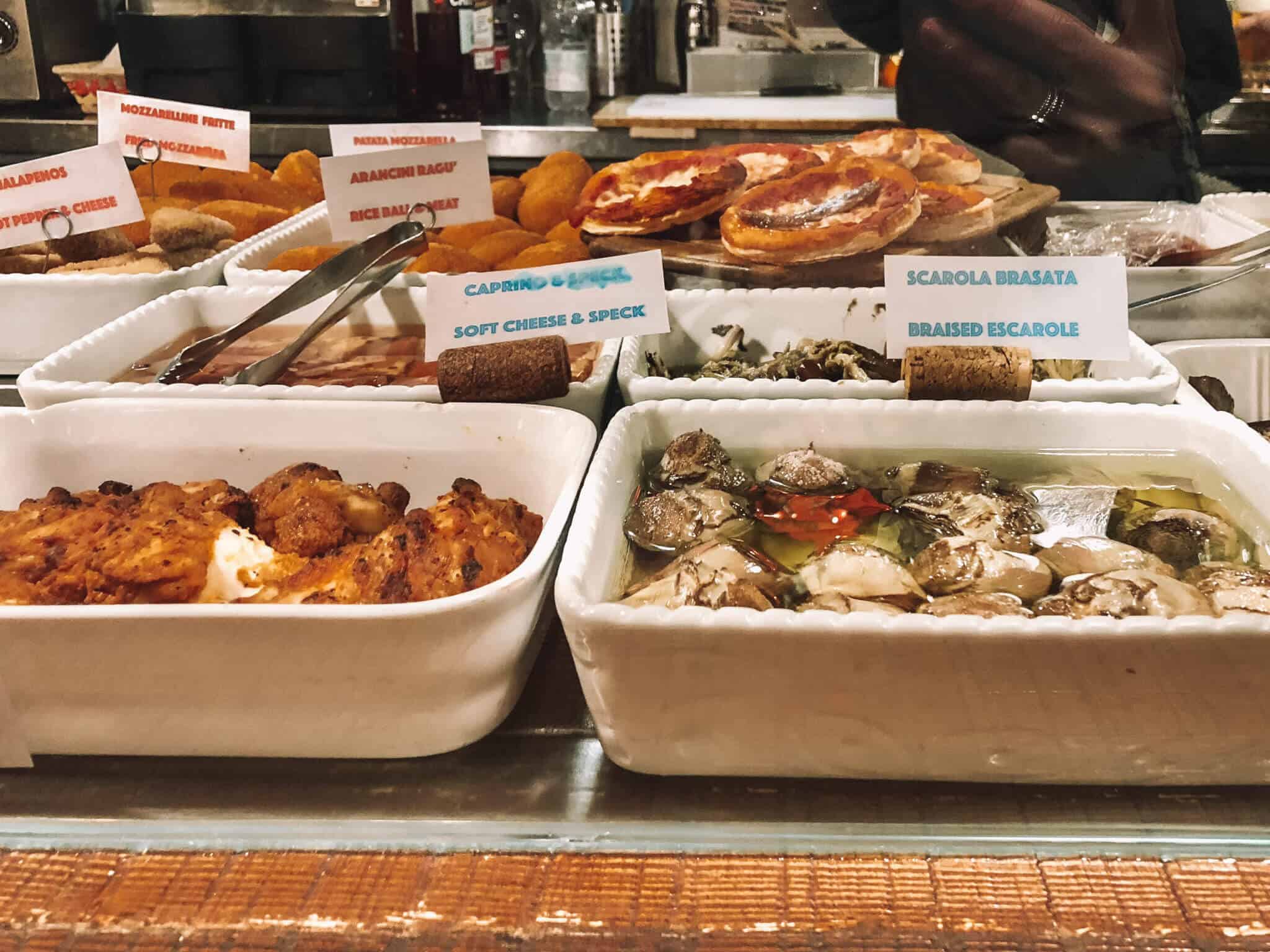 Begin your Venetian tapas tour at Cantina Do Mori, a dark and cozy hangout, with tons of character, no tables, and little bar space.  A bar that has been around since the 14th century, order a few of whatever looks best!  Pair with a glass of Italian wine, and enjoy standing by the bar chatting with locals or friends.  While this place wasn’t my favorite for the food, their laid back, lazy atmosphere was what I was there for.  A bit grungy and hidden away, the perfect escape from the crowds that await you outside.

Next, move on to Bar All’Alco, a very short four meters (one-minute), distance from Cantina Do Mori.  Originally a place that I had planned on skipping, after all, the interior didn’t look all too inviting, I noticed many locals eating and drinking.  I decided to give it a try and wasn’t disappointed.  An atmosphere a bit more lively than Cantina Do Mori, but still a small space.  Although cramped, stick around for the tapas. 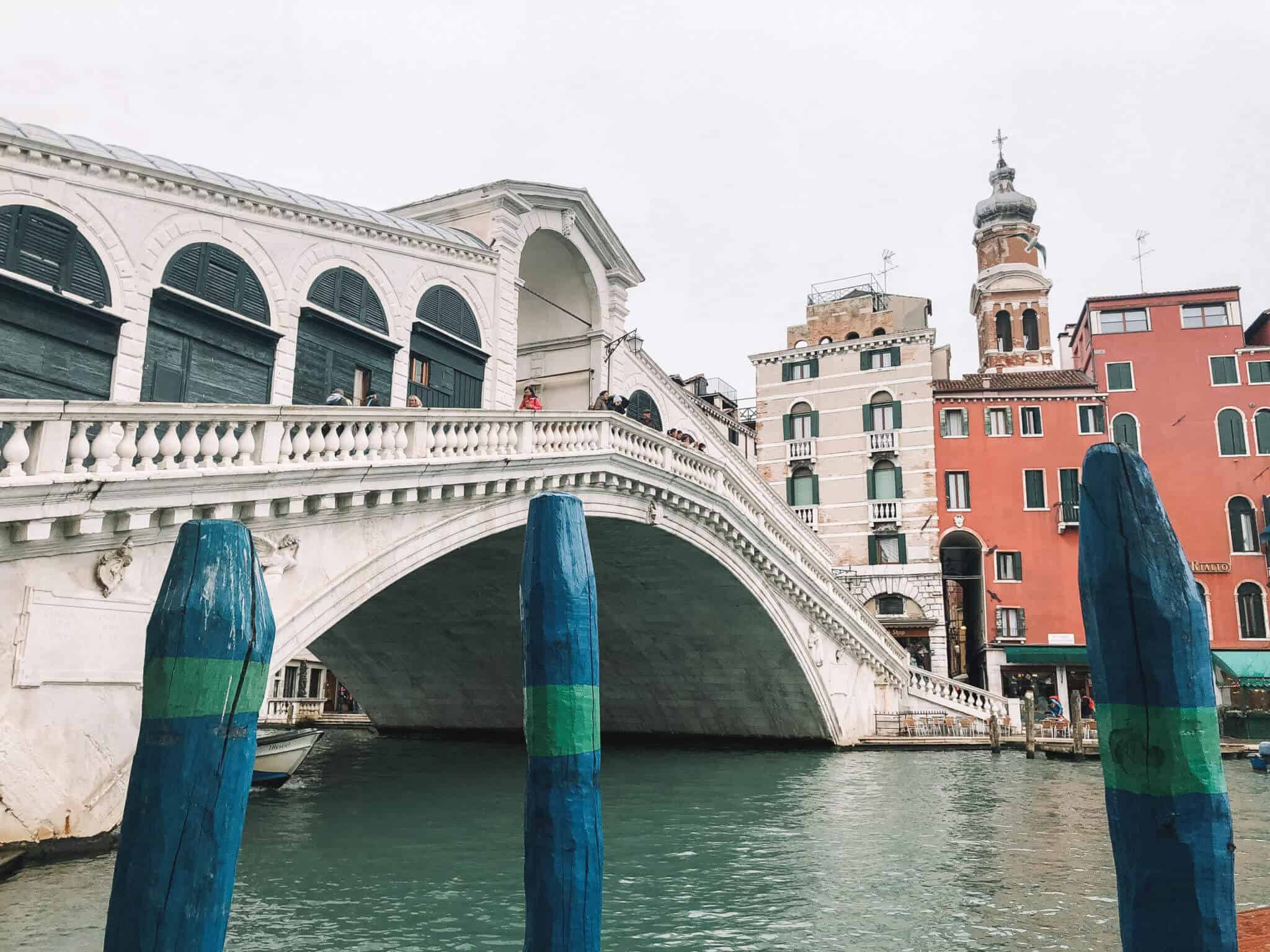 Upon leaving All’Alco, make your way towards the centre of Venice, and cross over the famous Rialto Bridge.  Famous for being one of the four oldest bridges in Venice, and one of only four bridges in the world to have shops span both sides.  Here you’ll get great views of the canals and water system, watching boats and gondolas cruise below you.  Continue to cross over the bridge until you come to Black Jack, 550 m from your starting point of All’Alco.

Fun fact; I have now seen three of the four bridges that have shops spanning both sides.  The first I saw was the Pulteney Bridge in Bath; next Ponte Vecchio in Florence; and lastly… Rialto Bridge in Venice! 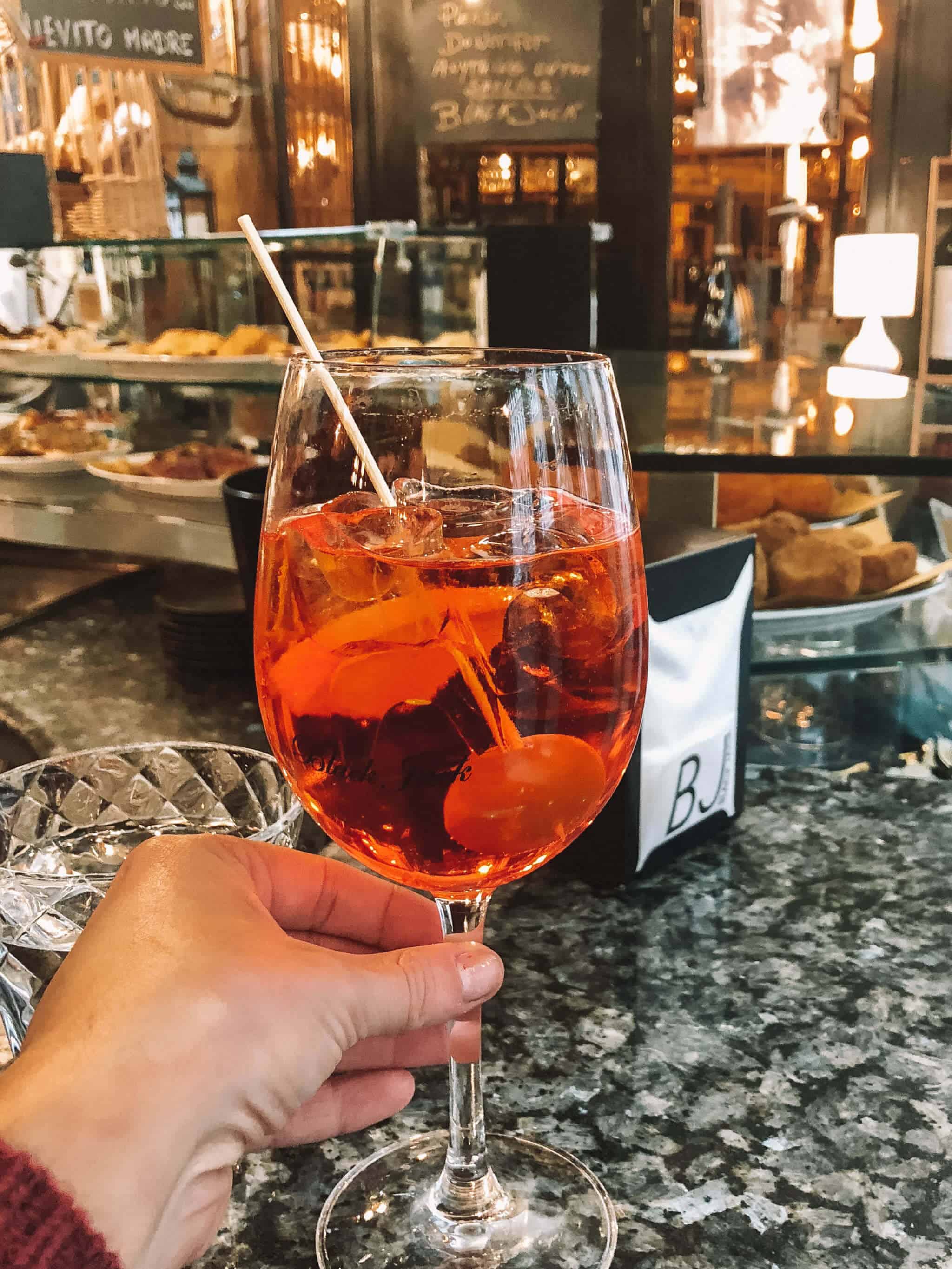 Being more in the centre of Venice, Black Jack was a bit more pricey, but still worth it for the atmosphere.  While the tapas are good, it was more about the drinks.  Order Italian wine, or venture out and try something different!  The Aperol Spritz was one of the best I’ve had. 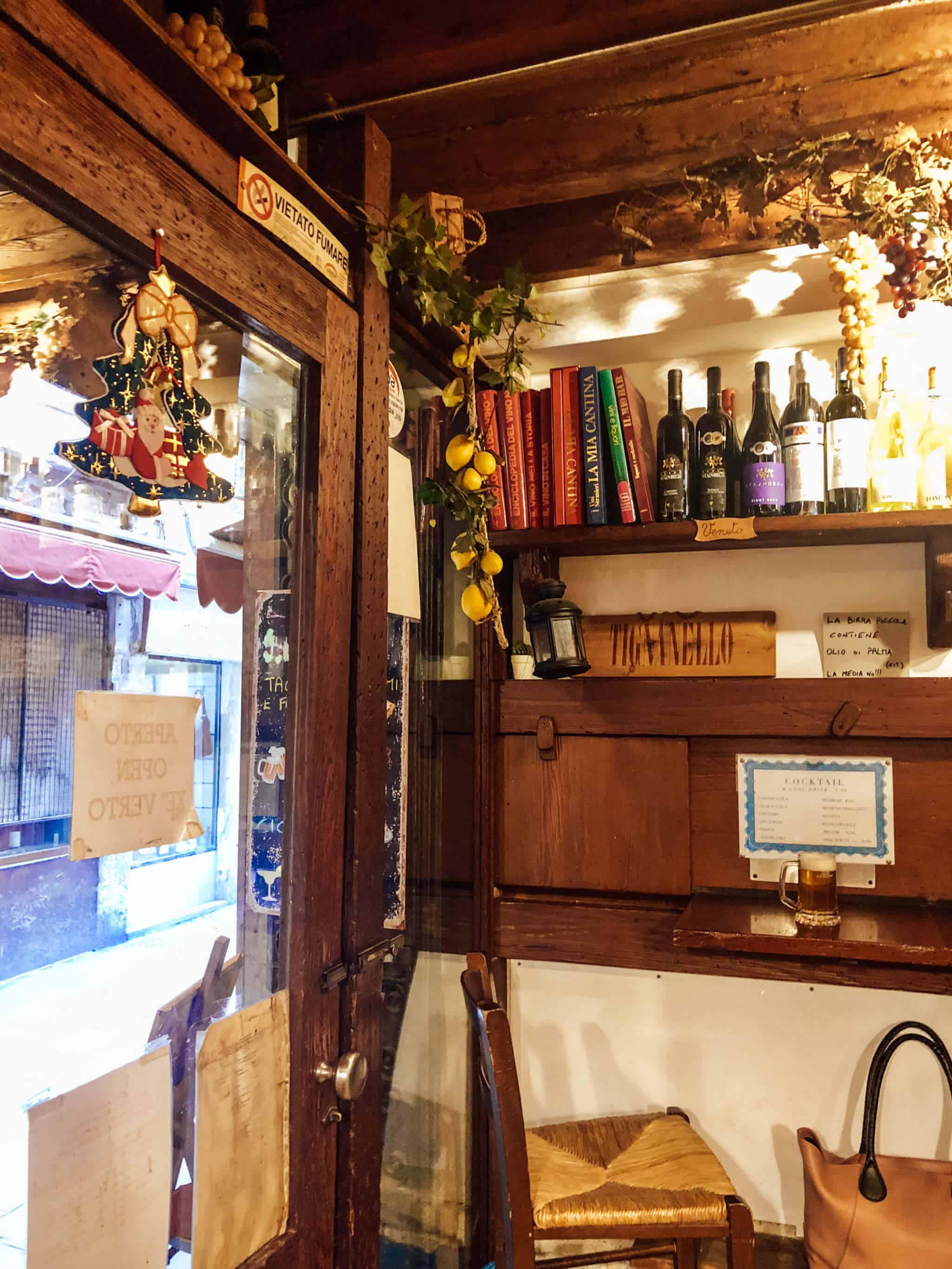 After leaving black Jack, 600 m to the north will bring you to Un Mondo Divino.  Your final stop on the Venetian tapas tour, and my personal favorite.  Here you’ll not only find an array of different tapas to choose from, with each being just as delicious as the next.

While Venice is bursting with charm and personality, it is a place you either love or hate.  Overrun with tourists and pushy locals, if you find yourself disappointed in the city… take solstice in the food.  Although I only mentioned a few tapas places, there are tons of hole in the wall places on every street.  Step inside, away from the crowds, and regroup.  See the magic in the mornings, when less people are around.  If you visit Venice this way, you’re sure to walk away with pleasant memories. 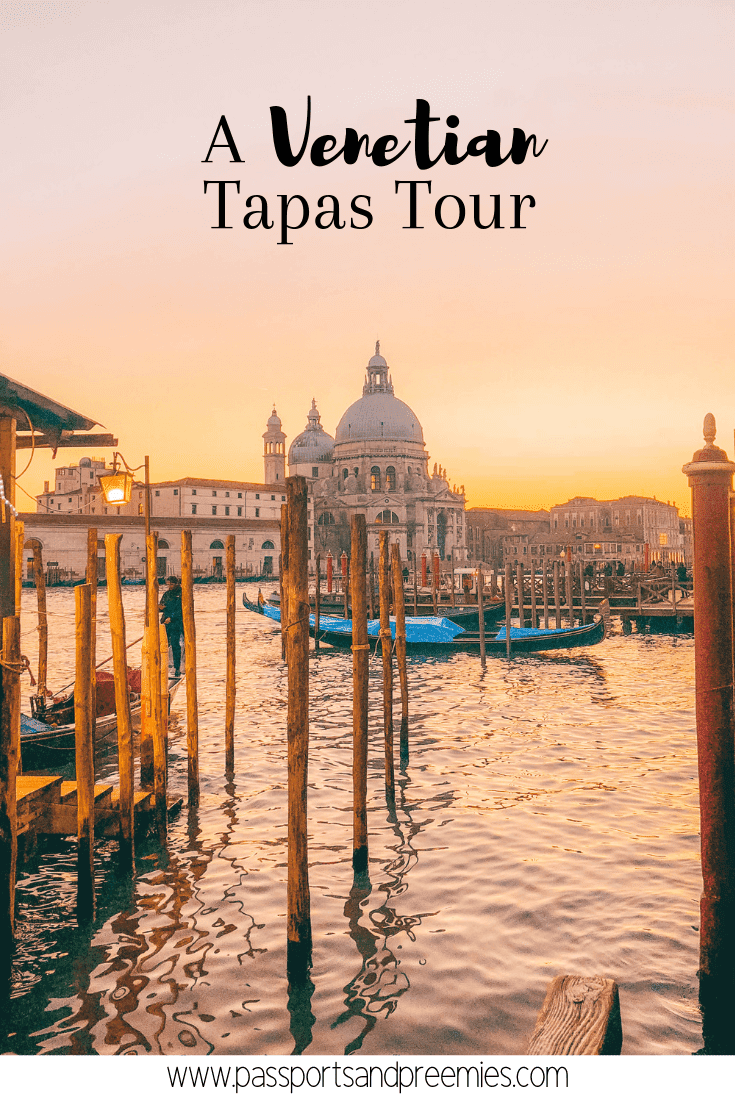 END_OF_DOCUMENT_TOKEN_TO_BE_REPLACED

Your Guide to the Ultimate Black Hills Vacation