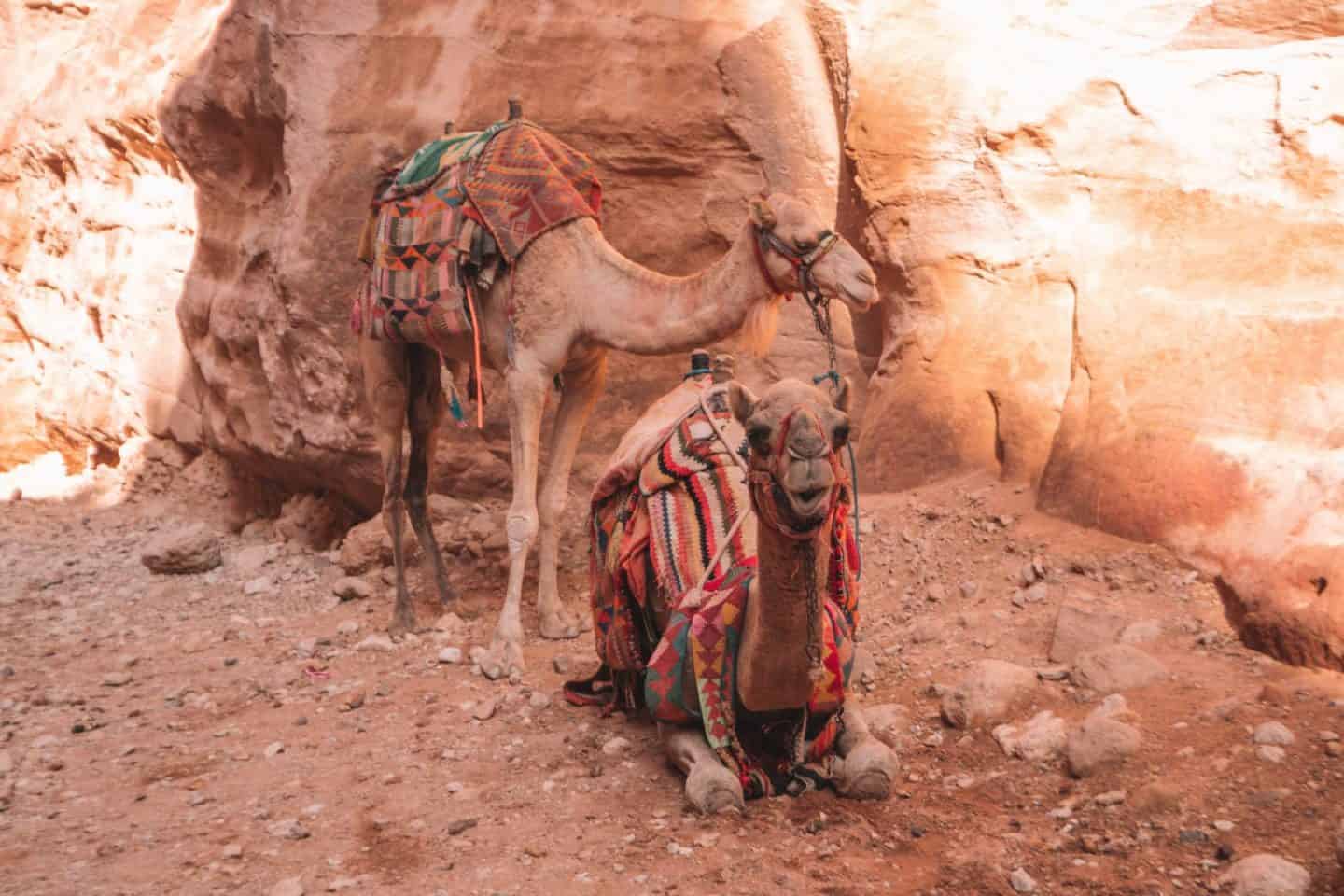 This decision, moving to Saudi Arabia for a year to pursue being a NICU nurse in Riyadh, didn’t come lightly.  When I first heard about the opportunity I shied away and thought, “Not for me, next!”  But as fate had it, the thought of moving to Saudi Arabia to work as a nurse kept bouncing around in my head.  For months!  In fact, I first heard of the opportunity in July 2019 from a girl I worked with in Seattle who had spent two years in the country.  I pushed it out of my mind until December when I was approached by a company who told me that they were going to begin offering international nursing in 2020.  From that moment on a fire was lit inside of me and it’s all I could think about.

I knew that taking this job was a decision not to be taken lightly and would be a huge sacrifice.  I spent January 2020 praying that I would make the right choice.

Finally, in February 2020, I felt called to work abroad.  I reached out to a company that staffs in Saudi Arabia telling them I was interested and ready to start the application process.  As it turned out, there were currently no positions available but I began the application anyways.  One week later I got a phone call from that company telling me that a position had just opened and they asked me when would I be available to move?

As I write this post I have a billion things running through my mind.  I feel relief and excitement – the truth is my life has become quite stagnant in the States.  I find myself bored with travel nursing, tired of moving every three months.  Bored of the same routine over and over.  I have felt anxious that everyone else’s lives were moving forward… besides mine.  My friends are getting engaged, married, and having babies.  I wasn’t even remotely close to doing any of those things.  And while I was happy for them, I still wonder why it is that society celebrates these things so deeply over other things?  What about the people who choose not to do those things?  Who instead choose to pack their lives up and set off on adventures around the world?  Where in society are those people celebrated?

With all of that being said I’m still scared out of my mind.  I know that this is the right choice, I am beyond excited, but I am scared shitless.  I’m scared of superficial things like…. grocery shopping.  Will I be able to read the labels on the food when I’m at the grocery store?  Who will do my highlights?  What about my Botox?  And skincare regimen?  And shopping?  How do I pack a suitcase for one year and leave everything else behind?  Does Amazon deliver to Saudi Arabia?  I’m not denying it, it was all very superficial.

But then I’m also scared of more serious things.  I’m scared of being a white, blonde female in a male-dominated, Middle-Eastern country.  I’m scared that I will hate it and be stuck for a year.  I’m scared I won’t make friends and will be bored out of my mind.  I’m scared of the unrest that seems to be talked about in western media.  There are so many things I’m scared of.

But as luck has it, there are even more things that I am excited about.  I’m excited to learn a new way of nursing.  To help others, act as a resource, and learn as much as I can about caring for preemies in the Middle East.  I’m excited to be pushed far, far out of my comfort zone.  To learn local customs, maybe get the chance to learn Arabic, and explore the country in depth.  I’m excited to travel throughout the Middle East, a part of the world I have yet to explore.  I’m excited to meet new and different people.  To try new food and live life the Saudi way.

So… I’m moving.  I’m packing my life up once again to set off on the biggest adventure of my life.  I’m going to figure out how to cram enough things in a suitcase to live in Saudi Arabia for a year.  My only hope is that this experience is rich in laughs, friendships, and adventures.  After all, what is life if we aren’t living it to the absolute fullest?

…except I’m not moving to Saudi Arabia

And I’m not traveling through the French Riviera with my brother who was studying in Spain.  And I’m not seeing Taylor Swift in Portugal with my mom.  And I’m not gallivanting around Europe this summer like I’ve dreamed of for so long.  Instead, my life, and everyone else’s lives, were turned upside down this year – 2020.  Collectively, everyone around the world had their lives put on “pause”.  Some of us mourned trips, others mourned a job loss or the passing of a loved one.  Most of us felt extra time on our hands as people got furloughed, laid off, were required to stay safe at home in quarantine.

To say that 2020 was a disappointment is an understatement.  But the truth is, it wasn’t all bad.  These are the lessons that 2020 taught me…

Lesson #1:  Humans are inherently the same around the world; and when we build one another up incredible things can happen 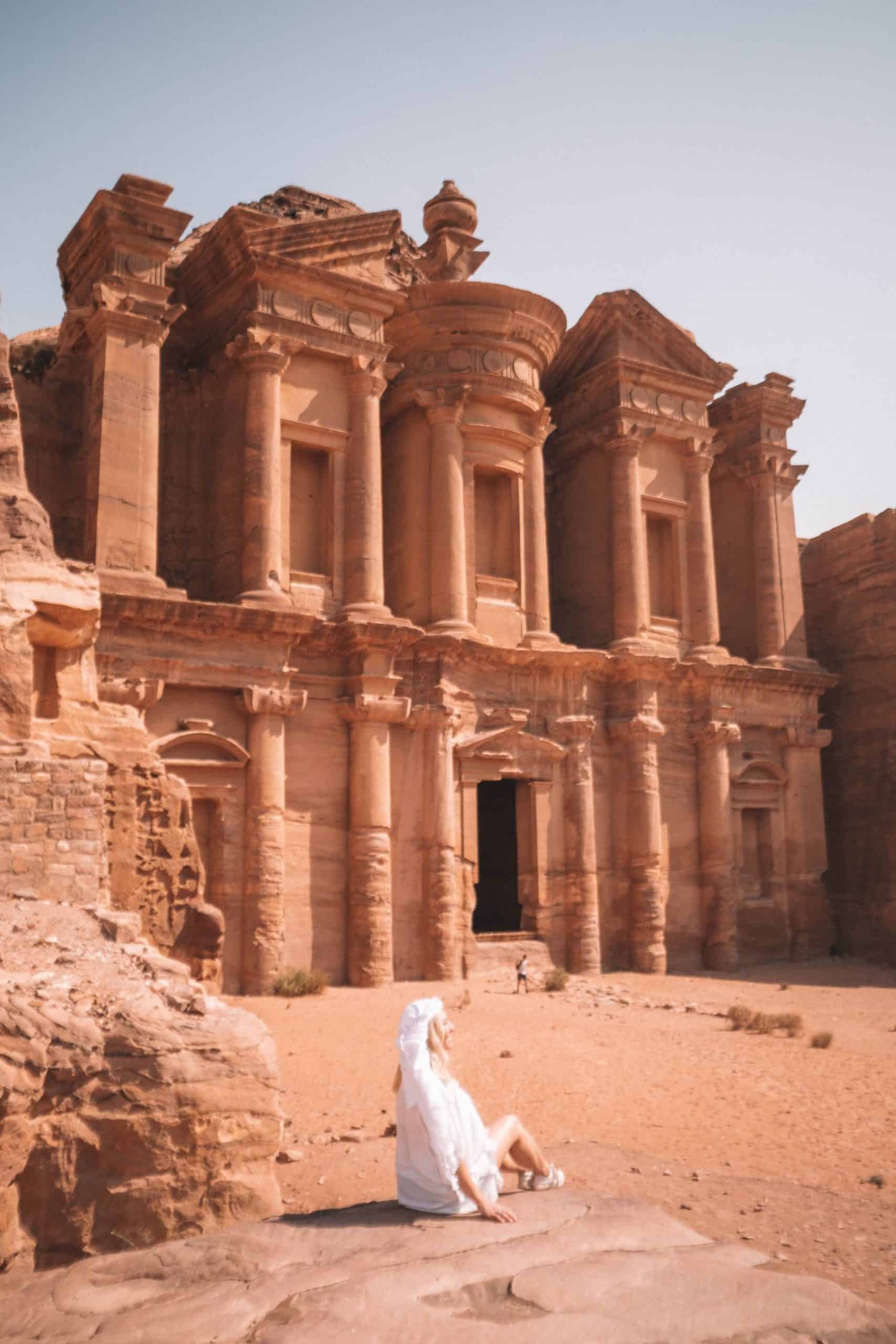 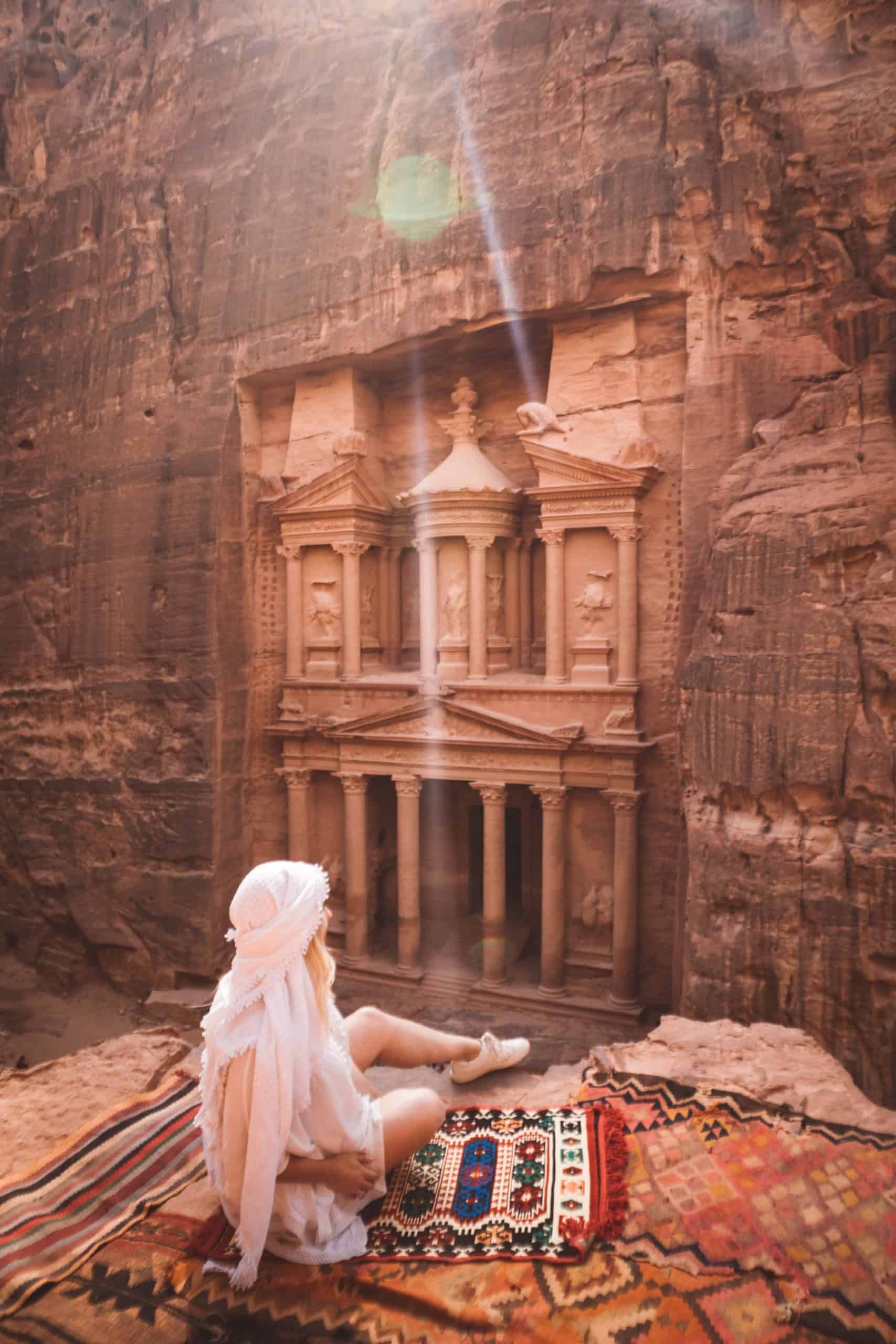 You see, what the pandemic taught me is that we all desire the same, basic, human interactions.  We all want to love and be loved.  We all crave human interaction and well wishes for one another.  And when you strip humanity down to its core, all around the world, we are the same.

As I sat online endlessly scrolling through social media, I was most impressed with how humans came together in a time of crisis.  I watched a man in New York City creatively take out a girl across the street from him by sending her a big ball she could go inside of and they walked the streets in their own personal bubbles.  I watched Italians sing together outside of their windows each night, and people in Spain clap for healthcare workers every day.  I saw humans come together and interact in a way that gave me newfound hope in humanity.  That together, we could get through anything. 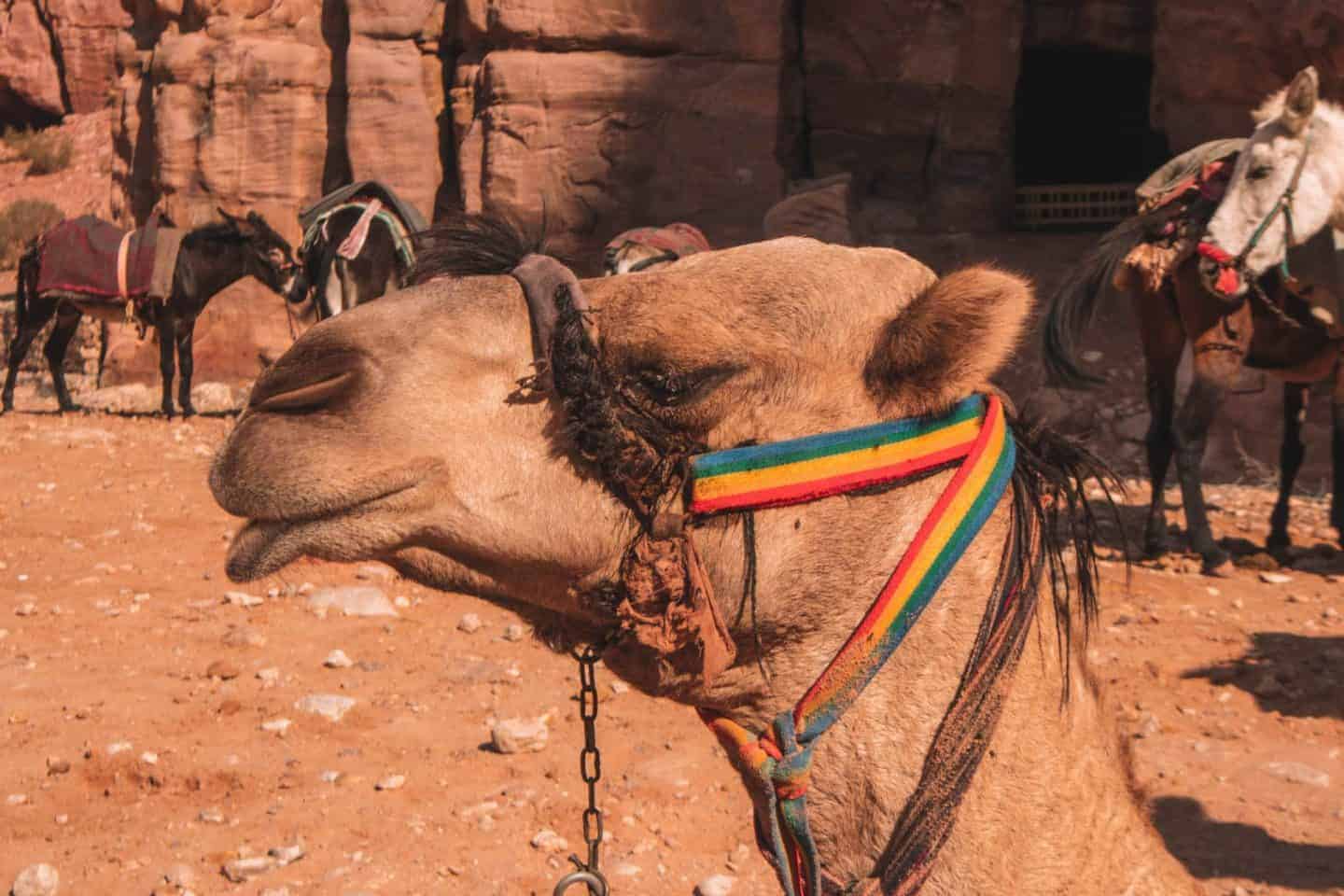 Having been single for as long as I have, I realize that I have become quite selfish in life.  Putting my own needs above others.  Leaving the country to travel for long periods of time, missing birthdays, weddings, and more.  Constantly thinking, “I’m the only one looking out for me”.

Unfortunately, in the United States, we learned the lesson the hard way that “we” is stronger than “I” when states refused to lock down or implement mask mandates.  As the world locked down together, knowing that for the greater good we all had to stay inside, the United States chose to forge its own path.  As months passed and things slowly returned to normal and borders began opening up, we Americans were not permitted into numerous countries for our lack of attempting to slow the spread of the virus.  Instead, our infection rate climbed and our death rate climbed along with it.  I realized that to be selfish again, it was first important to be selfless.  To put the greater good of everyone – the immunocompromised, the elderly – before my own selfish needs and desires.

Lesson #3:  The small moments, are sometimes the most beautiful moments 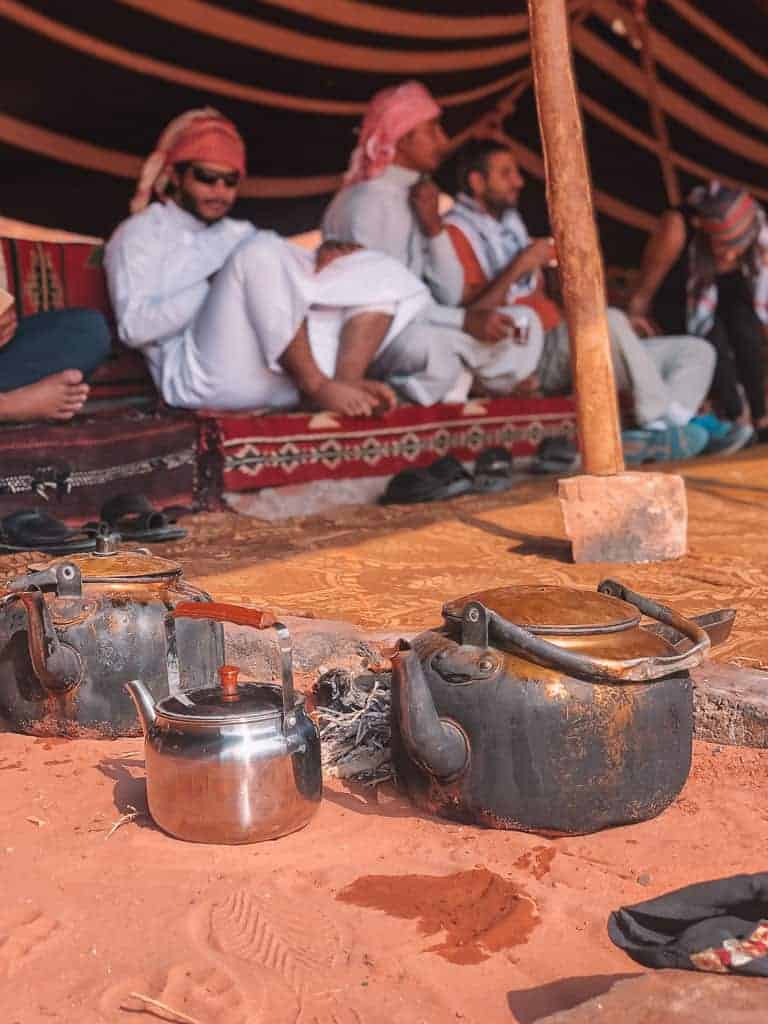 Having always lived a fast-paced life, moving from one place to the next and traveling in-between; I often don’t place enough emphasis on the “day to day”.  On the small moments that get me to the big moments.  I don’t place emphasis on a warm cup of tea, a smile from a stranger, or a phone call from a friend.  However, as I hunkered down in my one-bedroom apartment in Seattle, all alone, I found myself finding the utmost joy in the most mundane of life.

Like when I would order take-out and my delivery driver would yell, “Hope you’re doing okay today!”  Or when my friend who lived in New York City sent me a small cactus with a note that said, “This sucks.  Hope you’re okay.”  Or when I would find a good Netflix show to binge and I would sit on the couch all day eating popcorn enthralled in the lives of fictional characters.  I learned that maybe a fast-paced life wasn’t all that it was cut out to be.  That it’s important to appreciate the big and the small.  The life-changing moments and the life-sustaining moments.

Lesson #4:  You don’t have to cross oceans and hop from one country to the next to “travel” 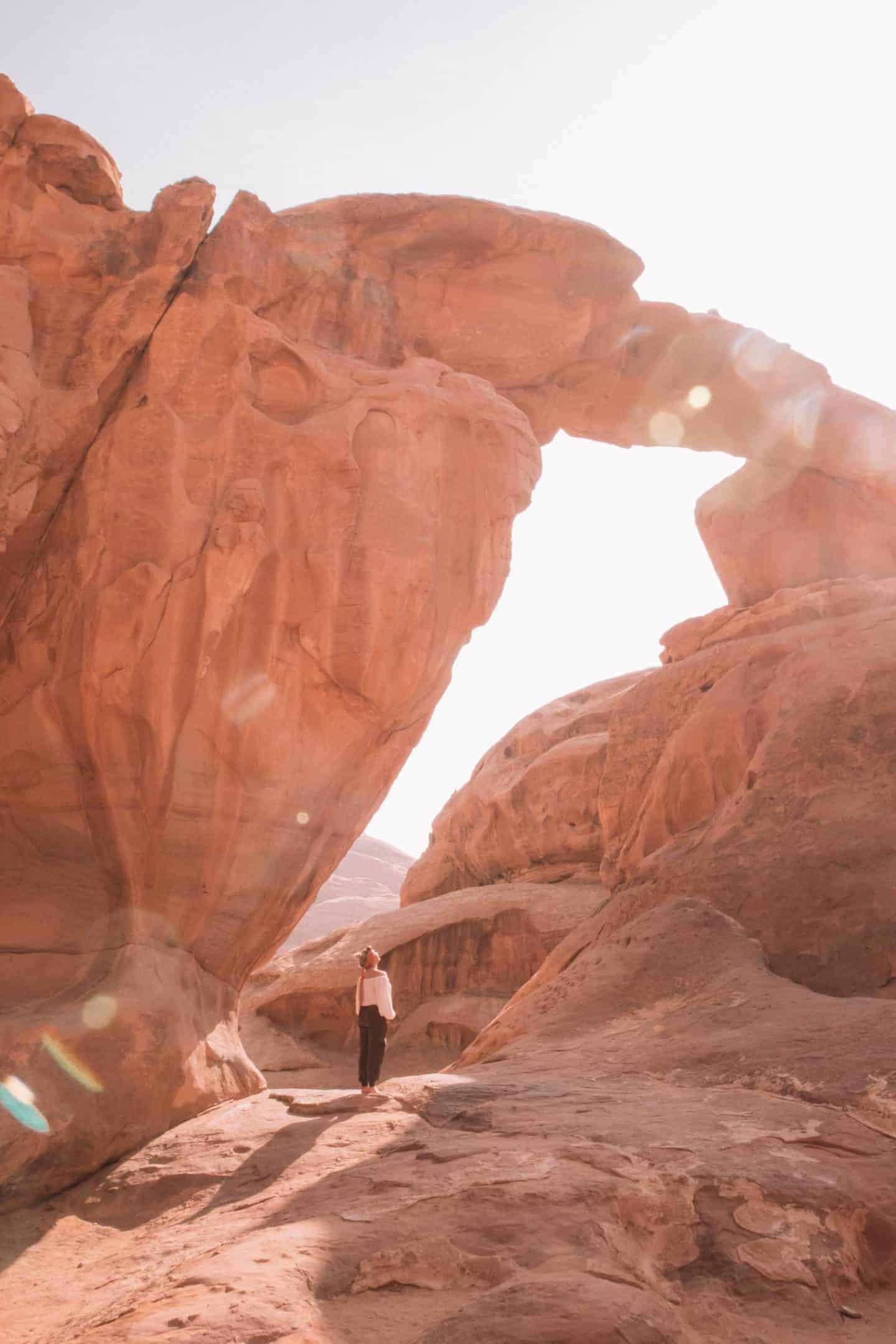 One of my favorite memories of 2020 was when I left my hometown of Omaha, jumped in the car, and headed to Western Nebraska just to “see what was there”.  Not only was it one of my favorite road trips to date, but in doing that I realized that travel doesn’t have to be far away or expensive to be considered travel.  You just have to have an open heart, open mind, and be ready for whatever comes your way.  Sometimes traveling is exploring what’s right in your backyard.  Sometimes traveling is visiting a new state you haven’t been to.  And sometimes traveling takes you on a big trip, visiting country after country.  2020 opened my eyes to no matter how you choose to experience travel, it’s your own experience.  Just because you aren’t going to another country doesn’t make it any less grand, adventurous, and fun.

So while 2020 won’t go down as “the greatest year of my life”, it still taught me immeasurable lessons that I wouldn’t have learned otherwise.  My hope for the world is that we can look back on the year and appreciate the strength that got us through, appreciate our friends and family who made the year a little less miserable, and look back on the small moments with wonder in our eyes.  Because we’re still alive, we survived, and we can only grow from here.

*Please note that the beginning of this post was written in February when I accepted the job in Saudi Arabia.  When things didn’t work out as planned, I finished the post with what really happened this year.*

If you’re interested in pursing a job abroad, make sure to read Different Ways to Pursue International Nursing 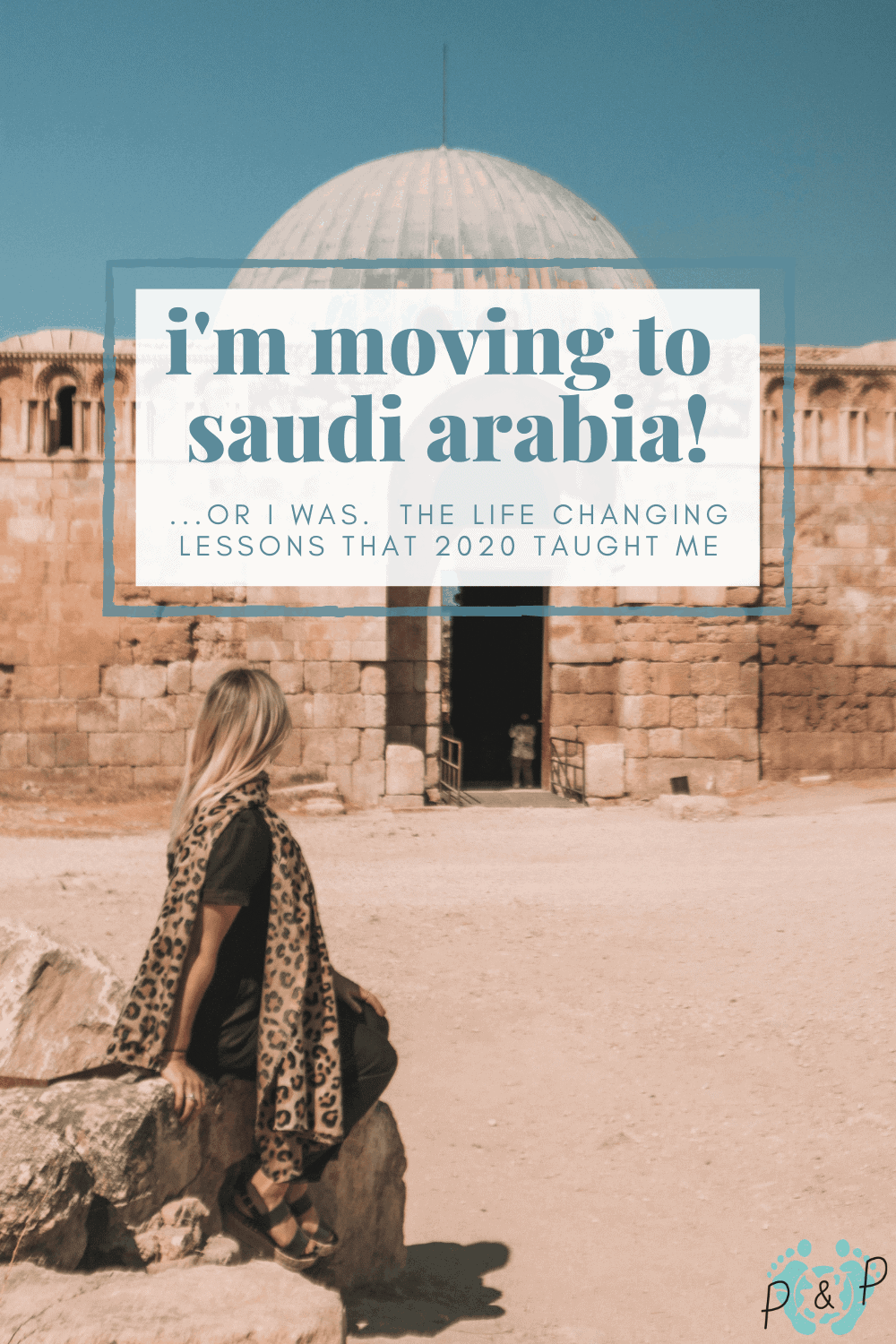 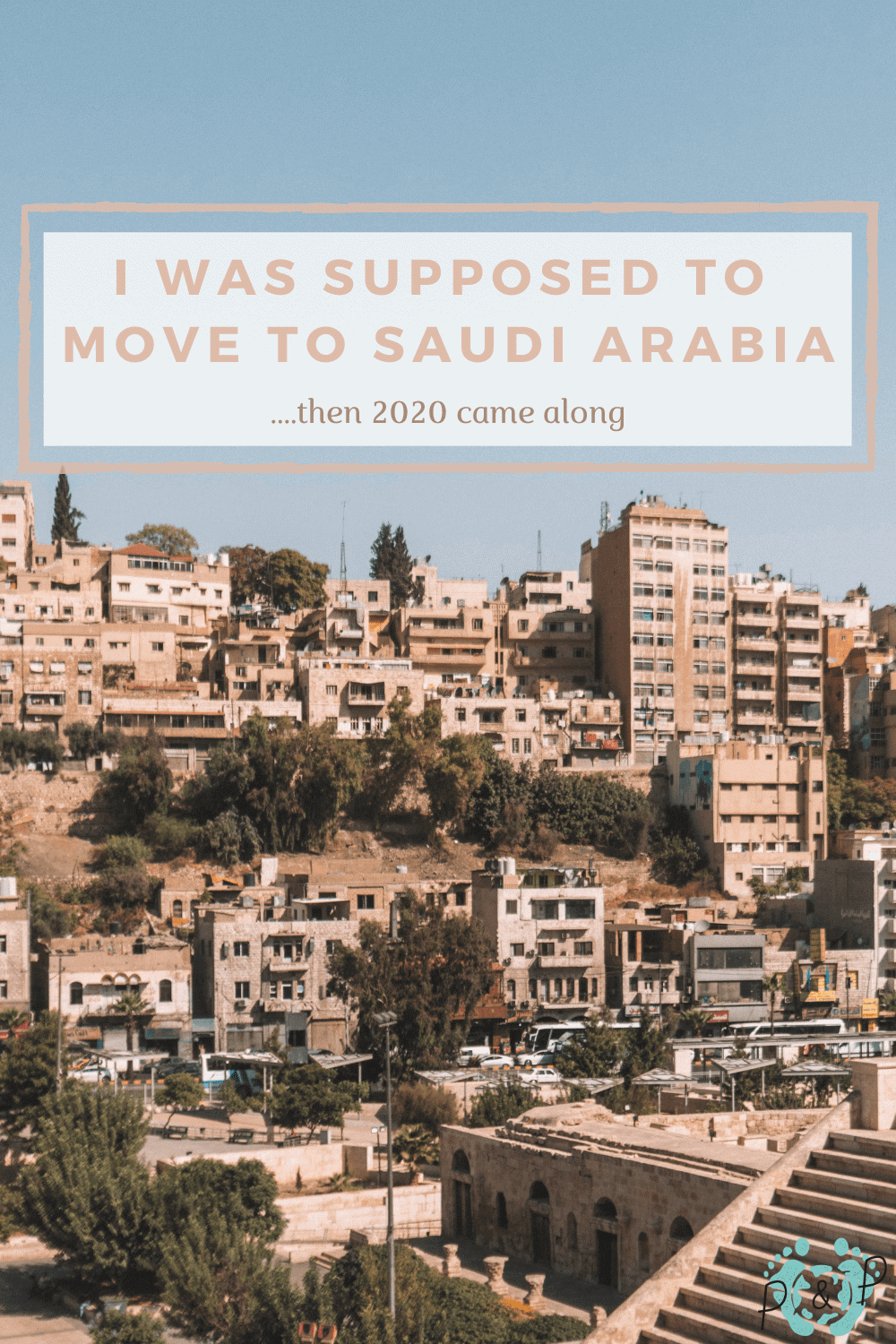