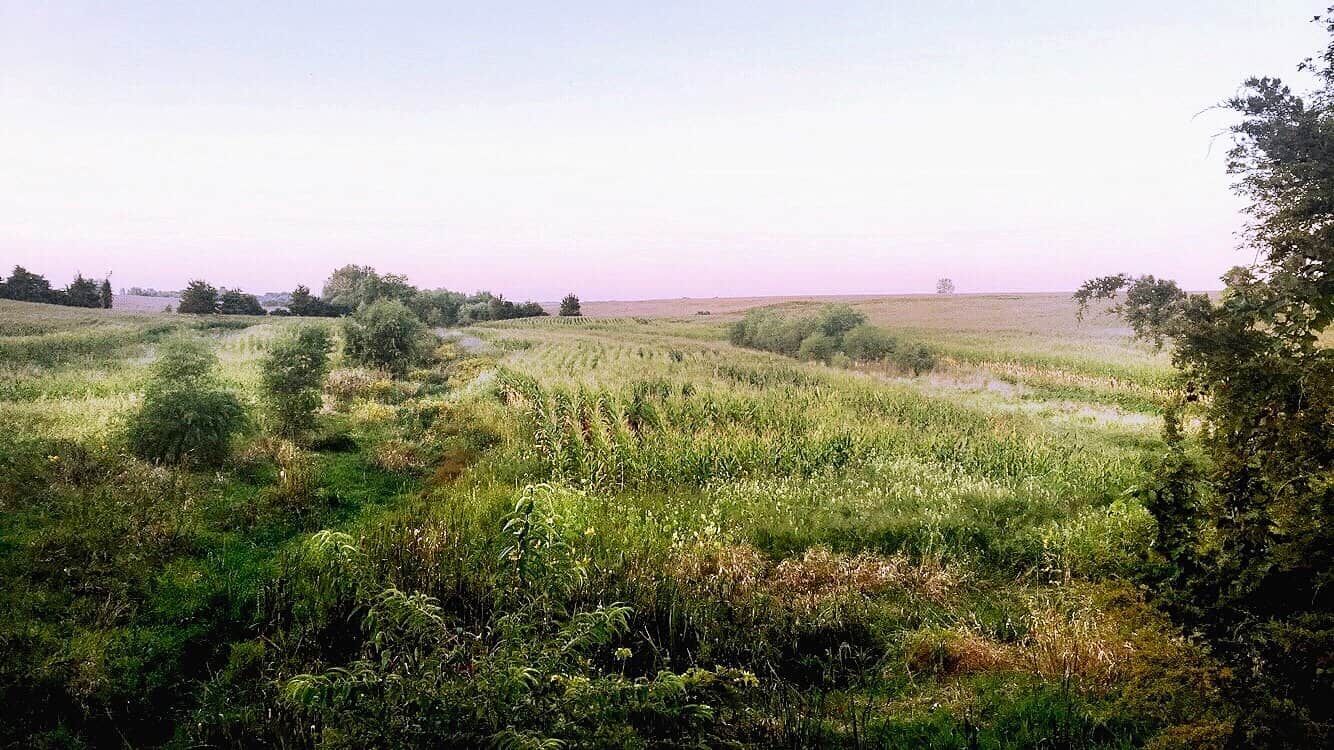 Omaha, Nebraska.  Situated in the Midwest. The heart of America. Most recently known for our new slogan that went viral.  “Nebraska, we wouldn’t want to visit either” – as the camera panned to the beauty of Nebraska.  You see, Nebraska often times gets a bad wrap.  And while there are 49 other states to visit in the US, you shouldn’t count Nebraska out quite yet.  I’m here to tell you why you want to Visit Omaha.

I was born and raised in Omaha, Nebraska and by the time I turned 18, I was more than out of there! I packed my bags and moved…. and moved… and moved… and moved.  And while I always came back to visit Omaha, I moved from Colorado to South Carolina to Georgia and to Kansas City. By the time eight years had come and gone I decided that I was ready to go back home!

It took me eight full years to realize I was yearning for Midwestern hospitality and my homegrown roots. That is why I decided to take my first, (and second), travel nursing job back home… Omaha, Nebraska.  I signed a contract at Methodist Women’s Hospital in Omaha and home I went! Now before you think to yourself… “What is there to do in NEBRASKA!?”…. I am here to tell you just that! For those of you passing through, or moving into Omaha here is where you’ll find a comprehensive list of all things “Omaha, Nebraska”. Welcome to my home state! 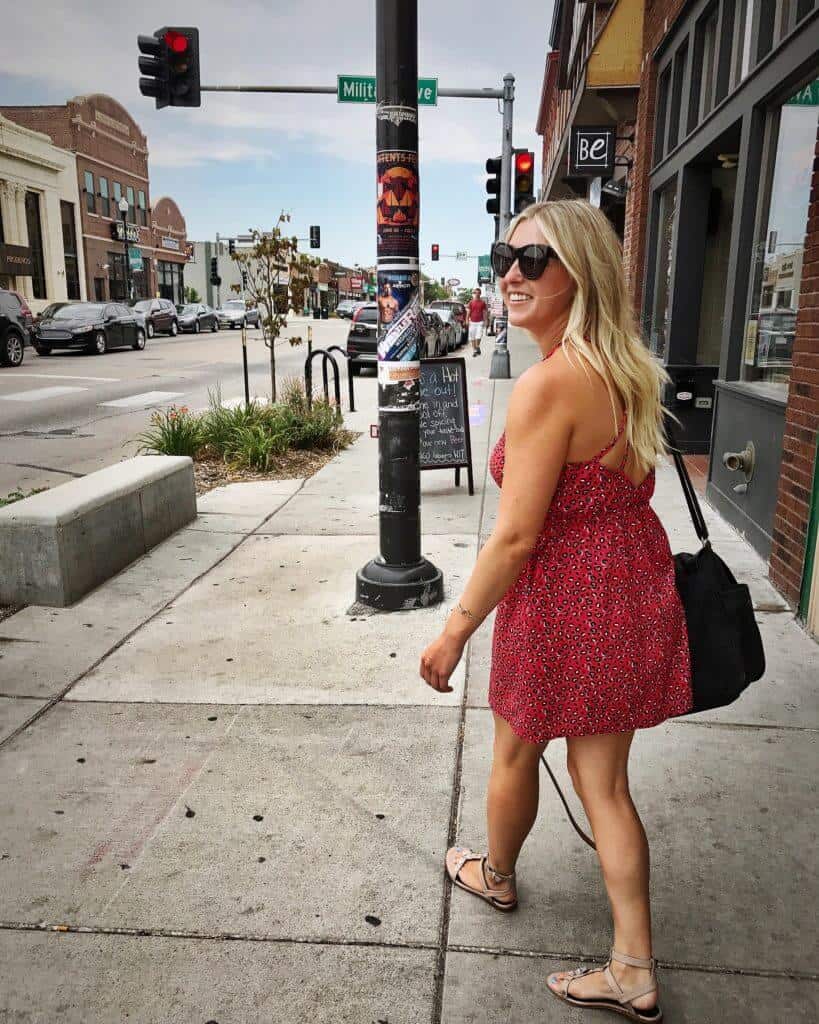 Why You Want to Visit Omaha, Nebraska – There’s More than Cows and Corn (Although There are a LOT of Cows and Corn)

The Henry Doorly Zoo and Aquarium is located in downtown Omaha.  It continuously ranks as one of the best zoos in the world.  With exhibits from the African grasslands to the Asian highlands, there are loads of attractions to see and animals to spot.

Unique to Omaha is the College World Series (CWS). It is an annual two-ish week baseball tournament held in downtown Omaha between May and June. There are beer tents everywhere, people moseying around, and grill outs happening on every corner. I always relate the CWS to football tailgating on crack. For two weeks.

3. Cheer on the Nebraska Cornhuskers 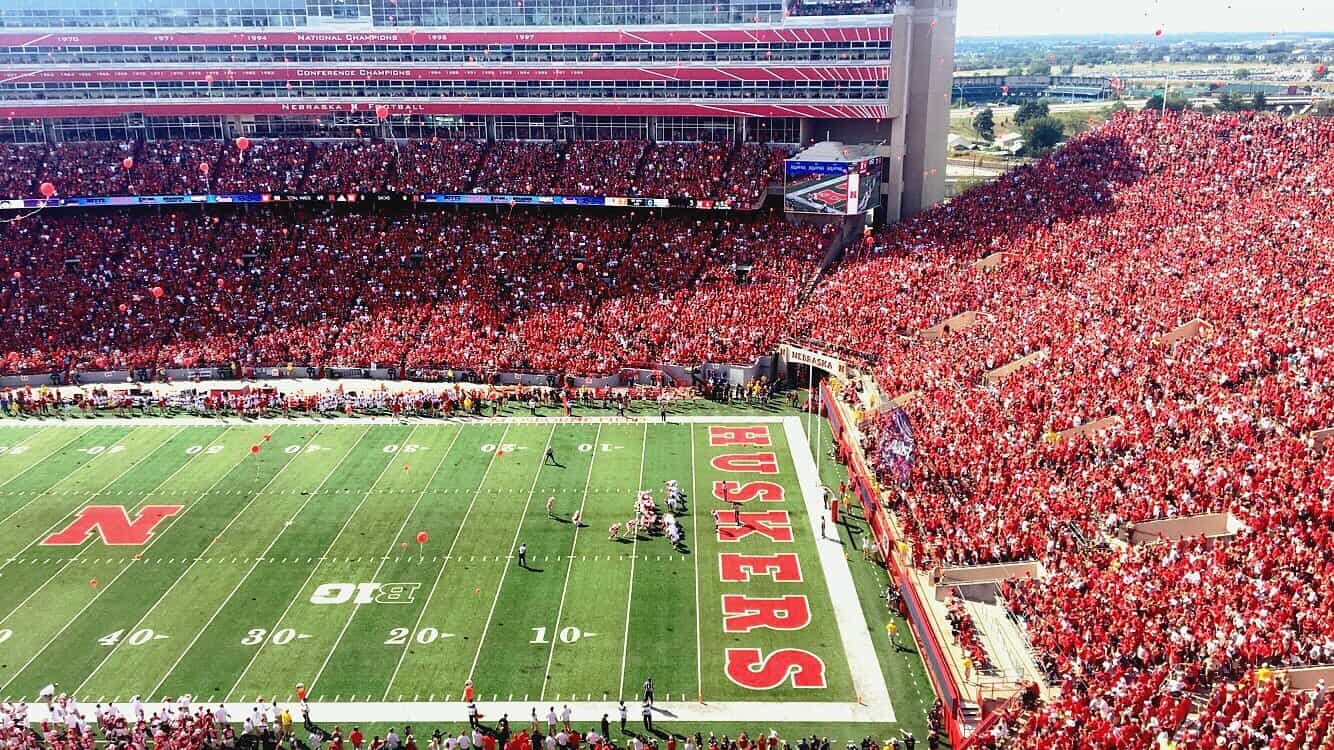 Cheer on the Huskers at Memorial Stadium!  Okay, so technically this is in Lincoln, not Omaha… but can anyone say day trip?  Seeing as Nebraska has no professional sports, the Cornhuskers have a huge fan base.  On any given game day it seems that the entire city is dressed head to toe in red.

Our third, claim to fame is none other than Omaha Steaks.  Omaha Steaks can be shipped anywhere in the US and makes for great presents and holiday meals! I have gifted Omaha Steaks to people many times and they always get raving reviews.

5. Omaha Has Some of the Best Dive Bars

Champagne on tap? Omaha has you covered! Head to The Homy Inn for just that – champagne on tap!  If bloody mary’s are more your thing, instead head to Krug Park.  Serving different twists on the classic bloody mary, plus handcrafted cocktails, and beer on tap in a restored building dating back to 1908.

6. You Can be in Two Places at Once 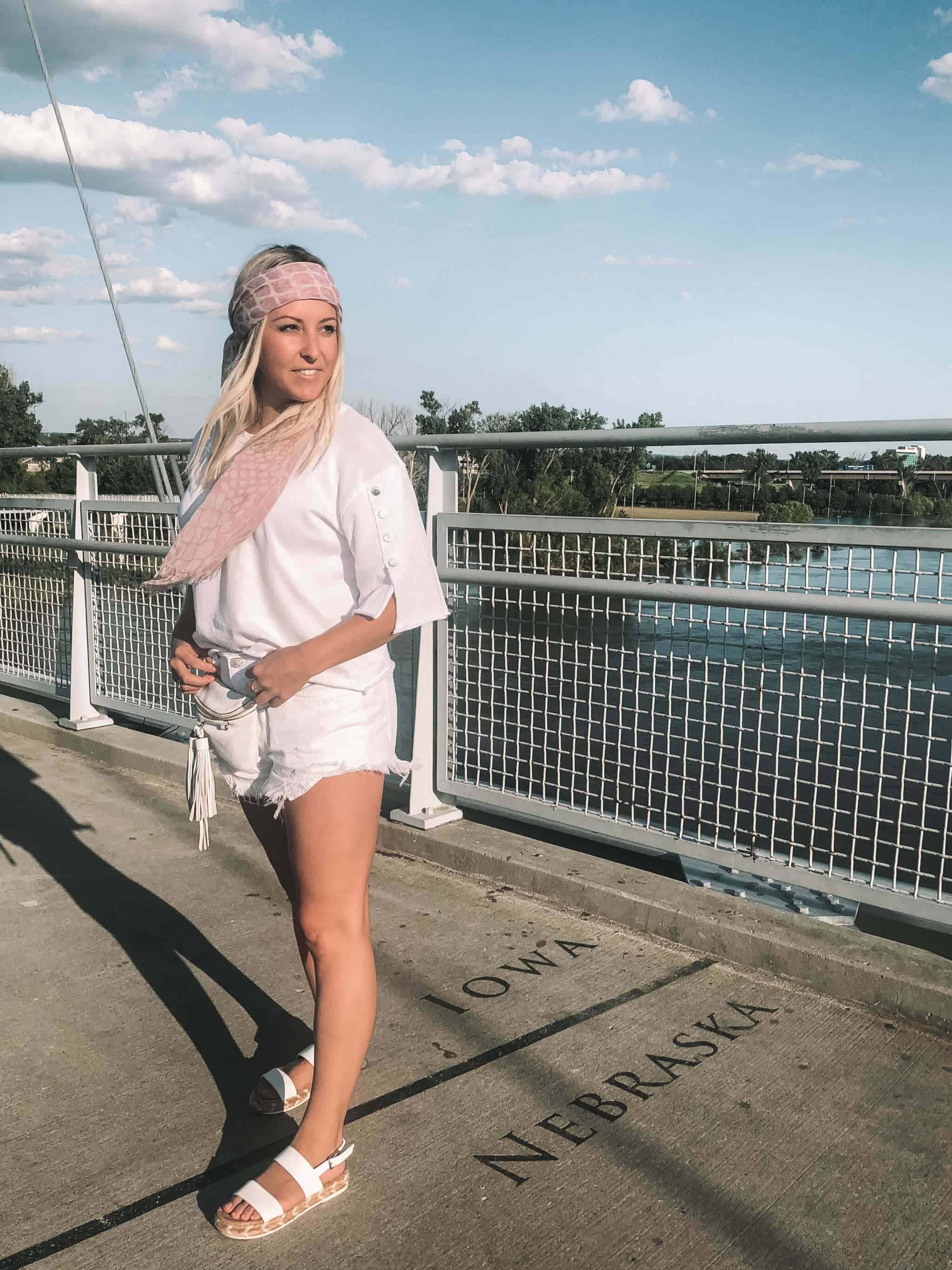 Ever wanted to be in two places at once? (Thanks A Walk to Remember). Well, Nebraska (and Iowa) has you covered! Head to the Bob Kerrey Pedestrian Bridge and straddle the state line between Nebraska and Iowa.

Cow tipping is when you run up to a sleeping cow (they sleep standing up) and push them over.  (Pause).  JK… don’t do this. But, we are known for our cows (and corn)! So instead head to The Drover Restaurant and Lounge for their infamous whiskey steak.

8. Attend Jazz on the Green

If you happen to visit Omaha between June and July take advantage of Jazz on the Green! Head to Midtown Crossing with a blanket and picnic basket for a night of fun and jazz.  This is only held on Thursday nights. 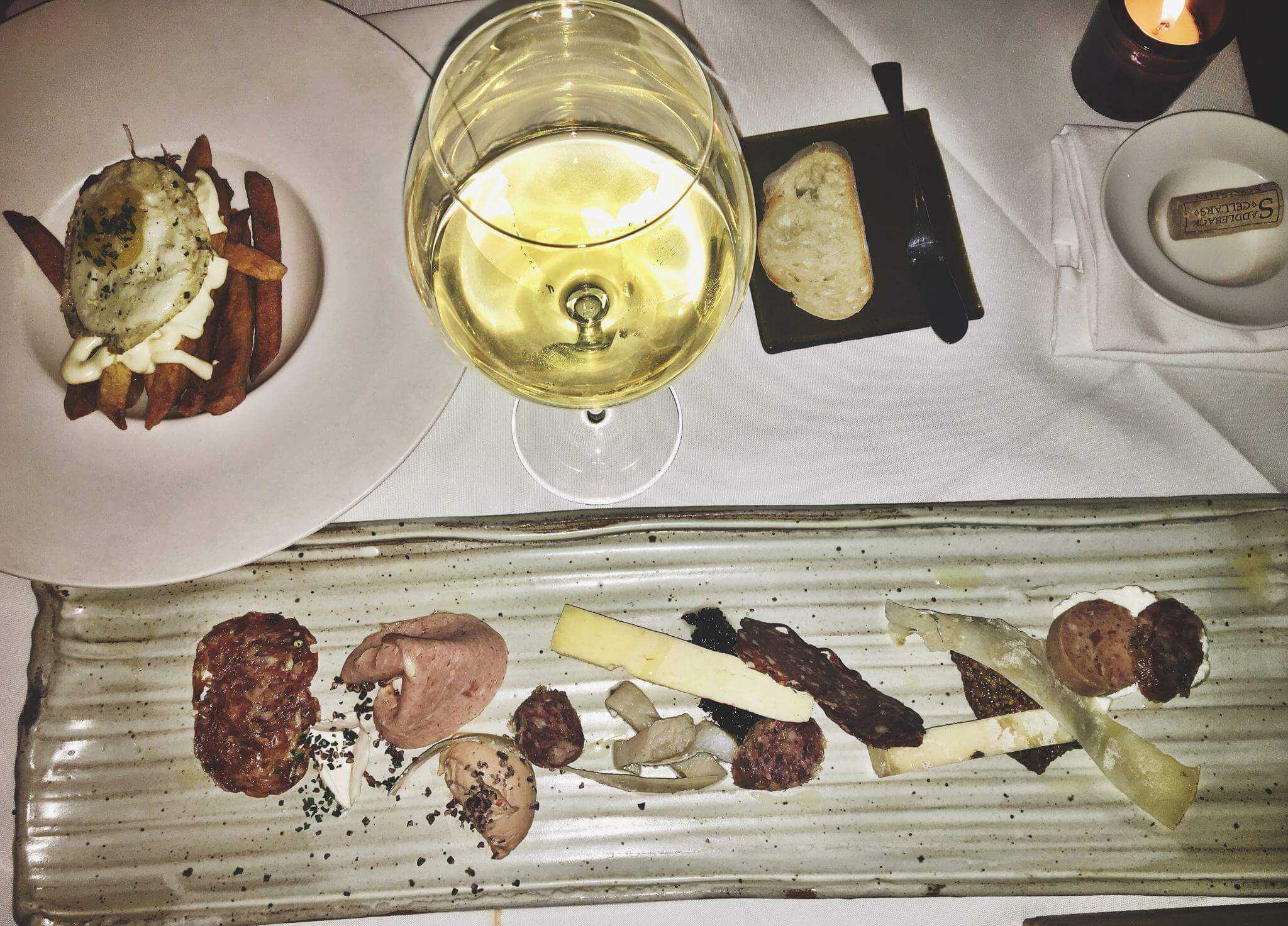 Want to feel like you’re in a big city eating at a fine dining restaurant? Head to the Grey Plume, an American eatery.  Or for corn ice cream (varies based on season) check out Coneflower Creamery in the Blackstone District.

10. With a Growing Music Scene, Catch a Concert!

Make sure to attend a concert at The Waiting Room or Slowdown if you’re in town. Saddle Creek Records is an independent record label who brings tons of artists to town! Who knows, you might even rub elbows with Lady Gaga?!  (This happened to my sister).

Interested in exploring more of what Omaha and Nebraska have to offer?  Make sure to check out:

For more Nebraska inspiration make sure to check out my Instagram page/highlight reel by searching #ppinnebraska or finding “Nebraska” or “Omaha, NE” in my highlights. 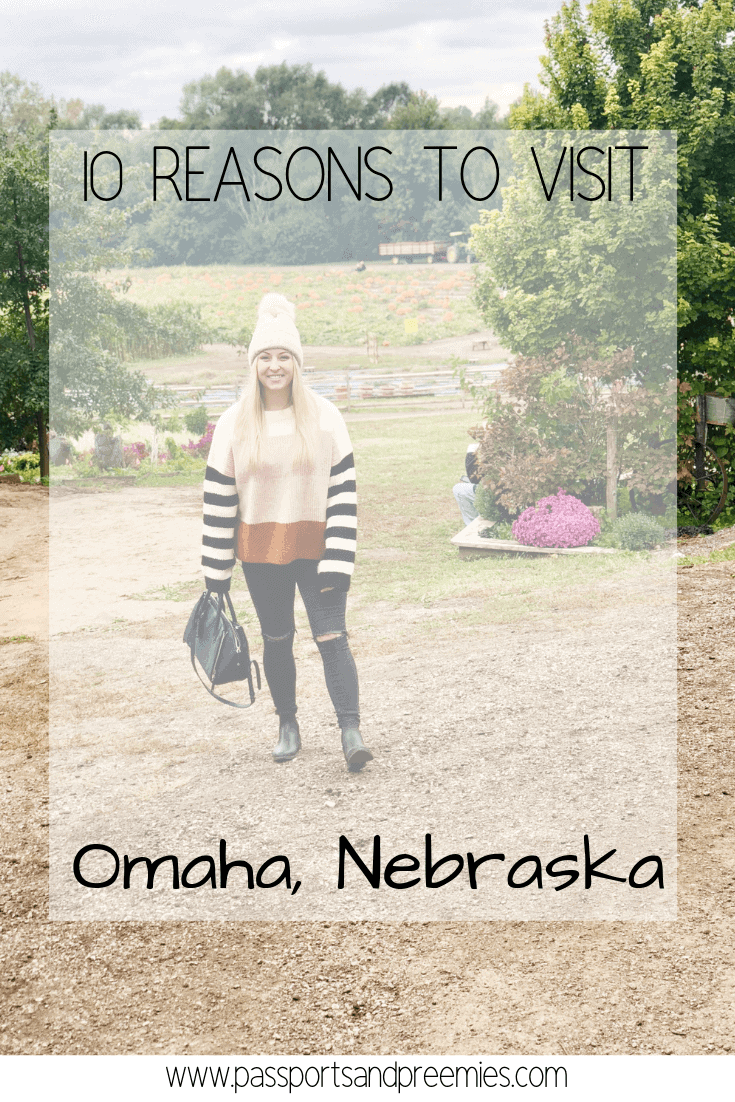 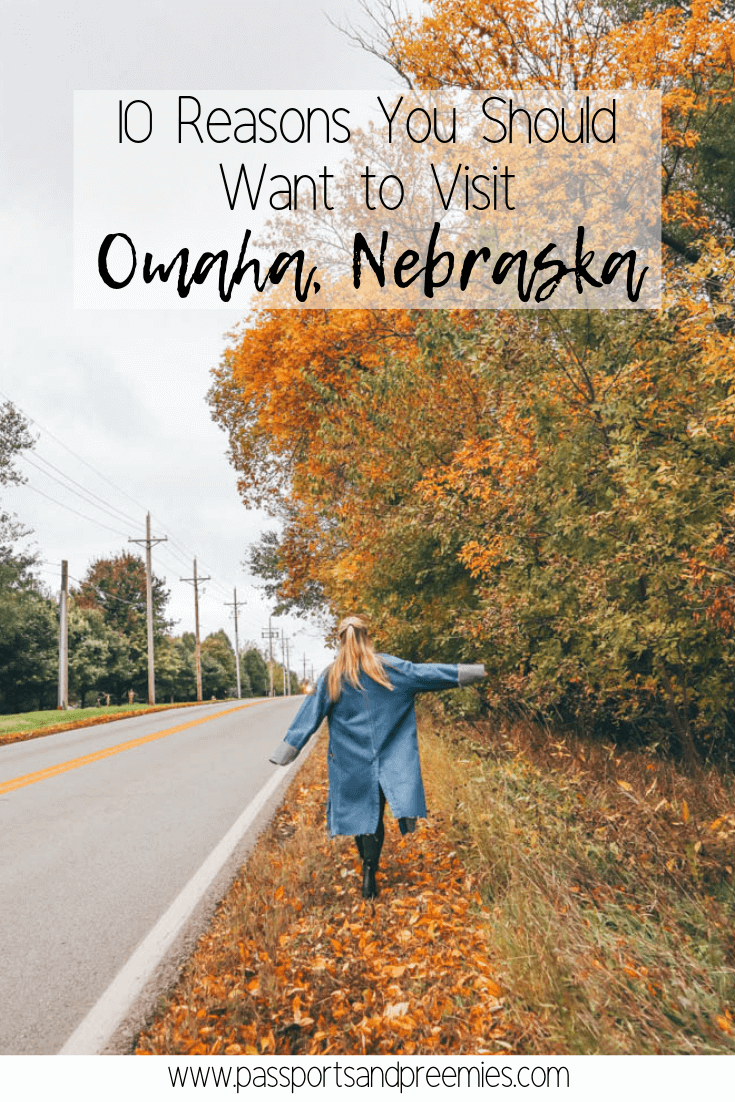