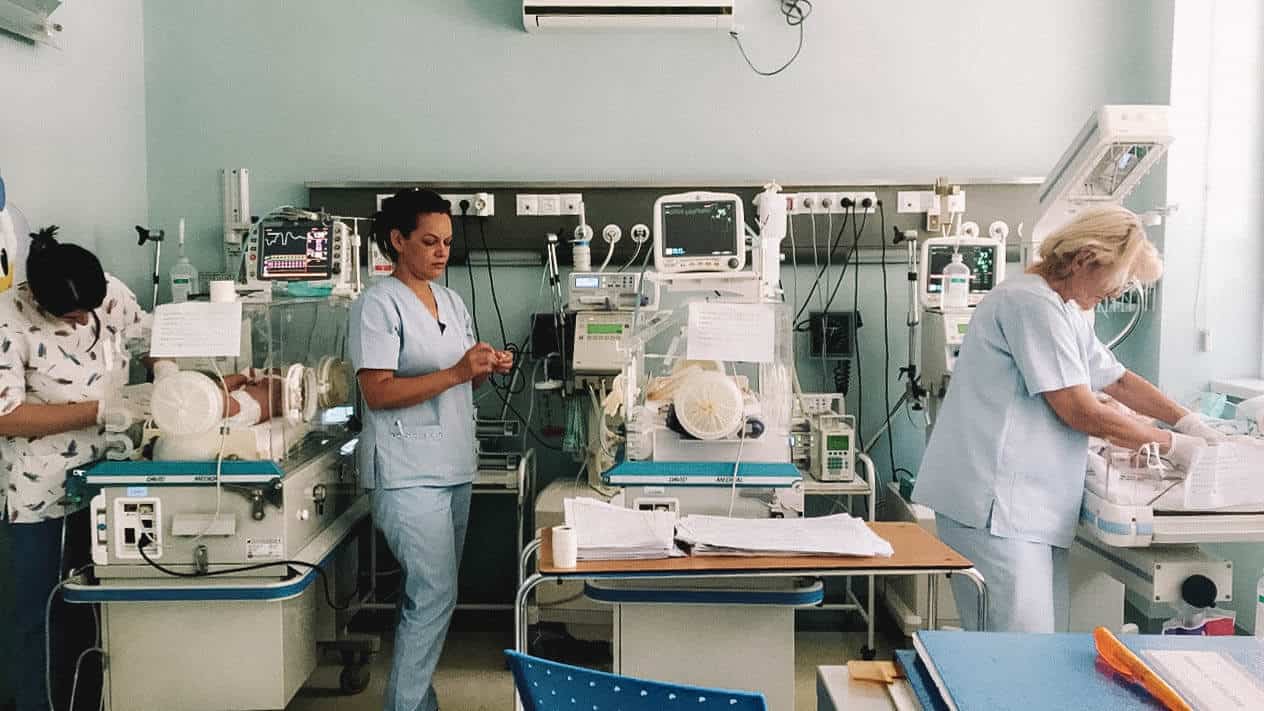 I’ve been working as a NICU nurse for the past 6+ years.  I’ve experienced some of the highest of highs, and the lowest of lows.  But my biggest teaching moments never come from the other staff members.  Instead, they come from the parents and babies that fill the NICU.  Sometimes they are my patients, and sometimes it’s someone that I’ve never even met, but instead passed by their bed space as they weep losses or celebrate little life moments.  The NICU parents and their babies have taught me four big life lessons throughout my career.  And working in the NICU has never been more challenging or more fulfilling.

4 Lessons I’ve Learned from Working in the NICU 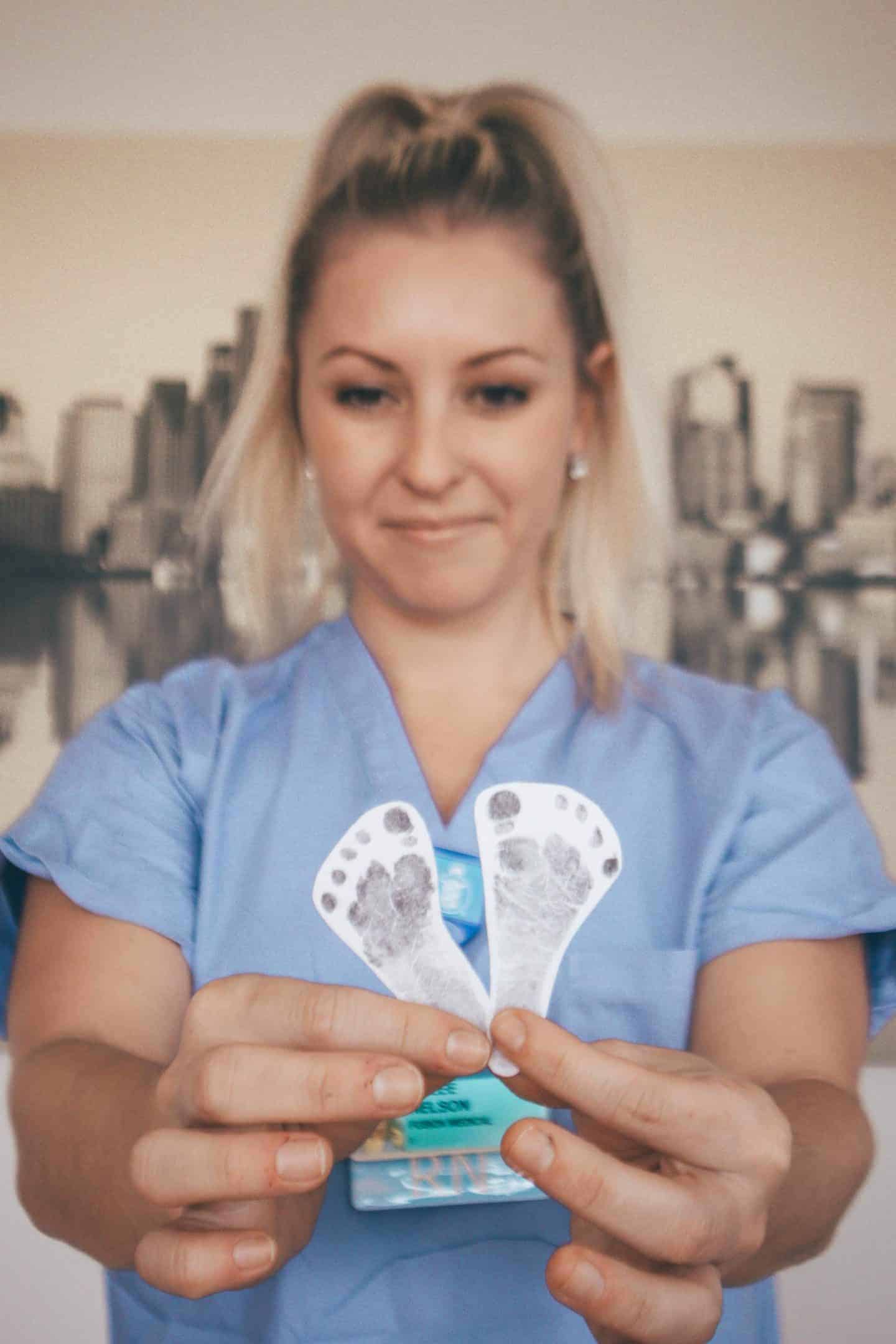 Before getting to the four lessons that I’ve learned from being a NICU nurse, I’d like to backtrack.  I’d like to start at the beginning, how I came to be a NICU nurse.  Truthfully, I’d never had the desire to be a nurse.  I didn’t understand the profession and was so grossly misinformed.  I thought I was going to go to med school… but the day that I started college I came to the conclusion that I did not want to spend the better part of my 20s in a classroom or hospital setting.  So I thought that instead, I would go to PA school.  I studied Biology and even got as far as taking the GRE.  My friend, who is WAY smarter than me, and also a year ahead of me in school applied to PA school and didn’t get in.  So I gave it up.  And in hindsight, I would have never made a good PA if I was willing to give it up so easily.

So there I was.  A senior in college, about to graduate with a degree in biology and no clue what to do with it.  I thought to myself, “Well crap”.  How do I get any sort of decent job with a biology degree?  And that’s when I came to the conclusion that I might as well try my hand at nursing school.

I applied to three different nursing schools that offered accelerated BSN degrees.  I ended up going to Emory University in Atlanta, a program that evidently bridged into the masters (which I didn’t know at the time).  In 15-months I would be graduating with my BSN and instead of going to work, I’d be going straight into my masters which would take another 12-36 months to get.  I showed up at new student orientation with a big grin on my face, and sat there asking everyone… “So are you here to be a nurse or to get your masters?”  Not knowing that I was on track to also be graduating with my masters.  In fact, I didn’t realize I was set to graduate with a master’s until I had finished my first semester of nursing school.  Insert – palm to face.

I began my nursing program and to put it mildly, I HATED it.  I didn’t understand why I had to do all of these silly case study reports.  Or why the NCLEX asked me questions like – “If someone is lacking Vitamin C what food should they eat?”…Really NCLEX?  I hated all of it.

The accelerated nursing program at Emory lasted for 15-months.  It wasn’t until I was in month nine that I felt like I was in the right place.  Month nine was the month that I stepped foot into the NICU for the first time… on accident.  In fact, I was never supposed to be in the NICU at all.  I was supposed to be oriented in labor and delivery but somehow numbers were screwy and I was the odd one out and someone had the bright idea to say, “Maybe she should try the NICU?”  I rolled my eyes and thought… babies?  Gross.  Oh, how that day changed my life.

Lesson #1:  The NICU Has Taught Me How to Be Strong in the Hardest Circumstances 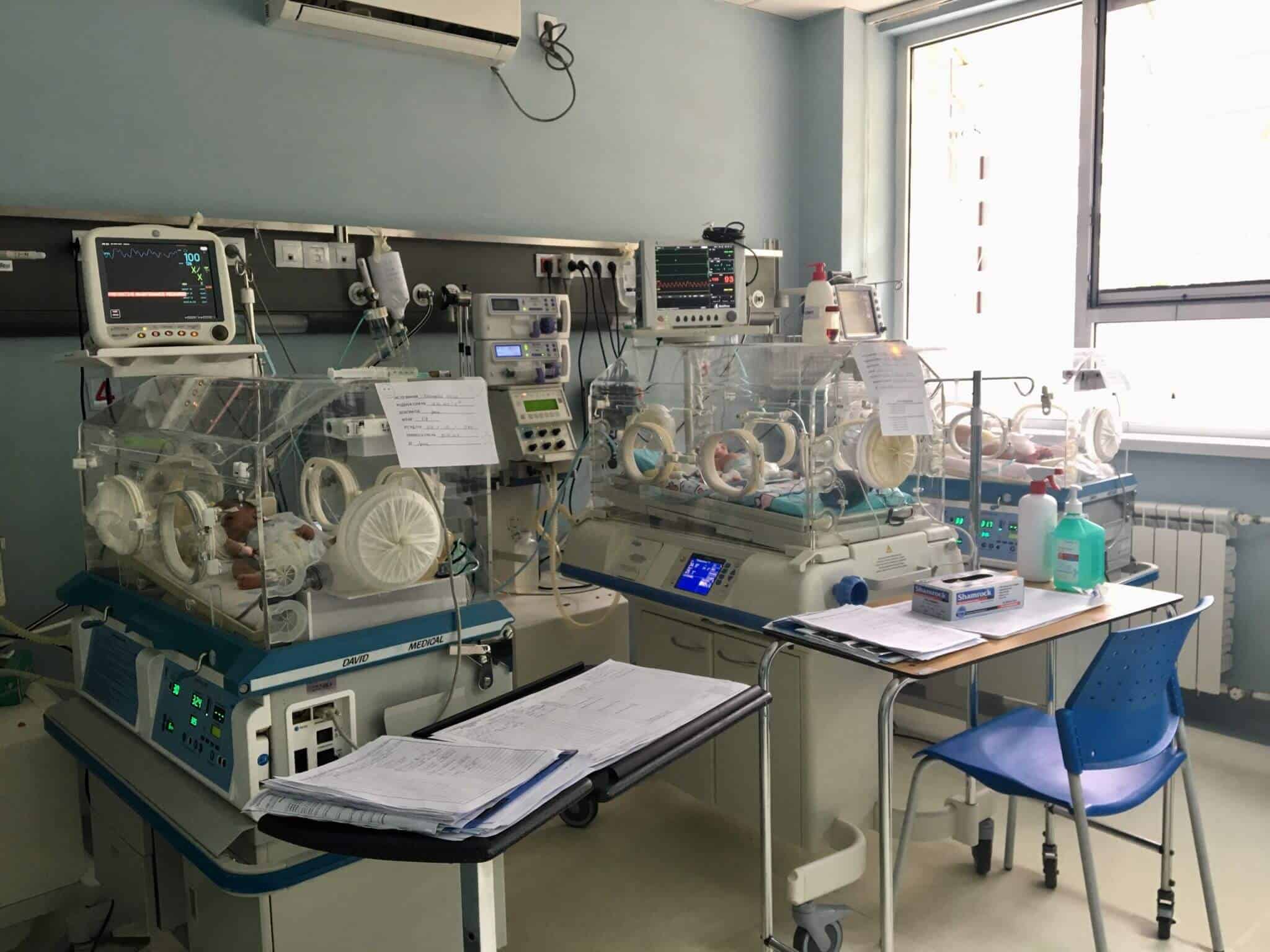 Working in the NICU and working closely with parents who have had their world rocked has taught me to have strength in the hardest circumstances.  To be growing a life inside of you, dreaming and planning for its future, and then to have it ripped away from you?  To be sitting on the couch, 23-weeks pregnant, and all a sudden be in labor?  Can you imagine what kind of fear that creates?

But then… to nurture your baby through an isolette.  To spend hours in the NICU where you can’t touch your baby, speak loudly, or even see your baby through the isolette because of the blanket covering it.  You’re living for those blissful moments of “hands-on” that occur every three to four hours.  When it’s finally appropriate to touch and interact with your baby.  When you can change their diaper and take their temperature.

But in between those moments?  The thoughts that must be going through those parents’ heads.  Thoughts of, “I should still be pregnant.”  “If one more person tells me that at least I didn’t gain any weight I will lose it on them.”  “Was it something I ate?”  “Was it that hot bath that I took two days ago?”  “What is this child’s future going to look like?”  NICU parents have taught me how to be strong in the toughest of times.

Lesson #2:  The NICU Has Taught Me How to Be Vulnerable 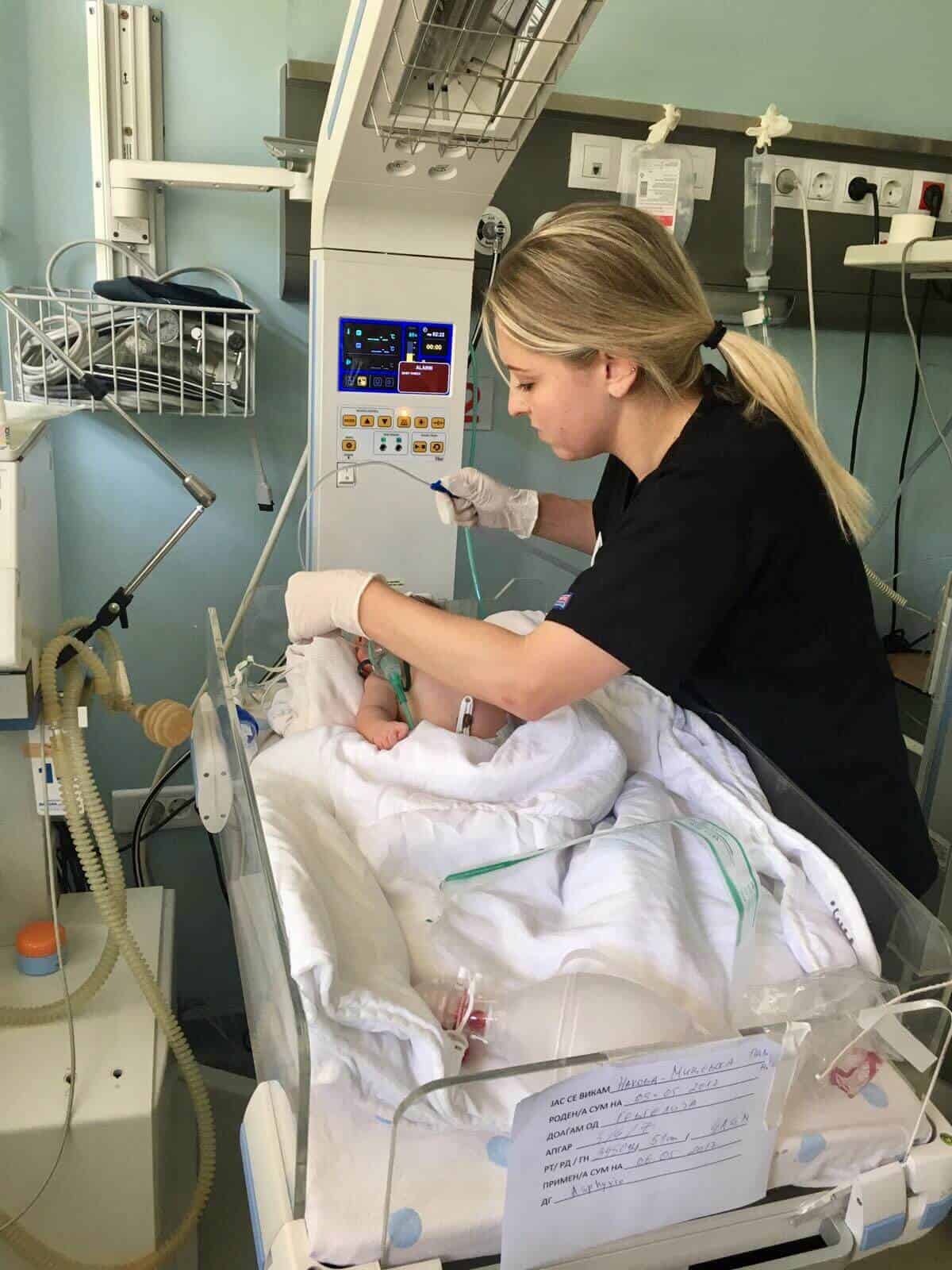 The parents in the NICU have taught me how to be completely, utterly vulnerable.  To lose all sense of control, not have a clue what the next day is going to bring, but to still show up with a willing attitude and smile on your face… THAT is vulnerability.  To be able to cry at the bedside and bare your whole soul to strangers, but still be strong in the face of despair – vulnerability.  To stand at the bedside realizing that you don’t know anything and asking for help from strangers, being completely reliant on the nurses, doctors, and respiratory therapists who come into your child’s room unannounced – vulnerability.  You trust that they are making the best decision because that’s really all you can do.  To see these parents at their weakest state has shown me that there is power and strength in vulnerability.

Lesson #3:  The NICU Has Taught Me How to Be More Compassionate 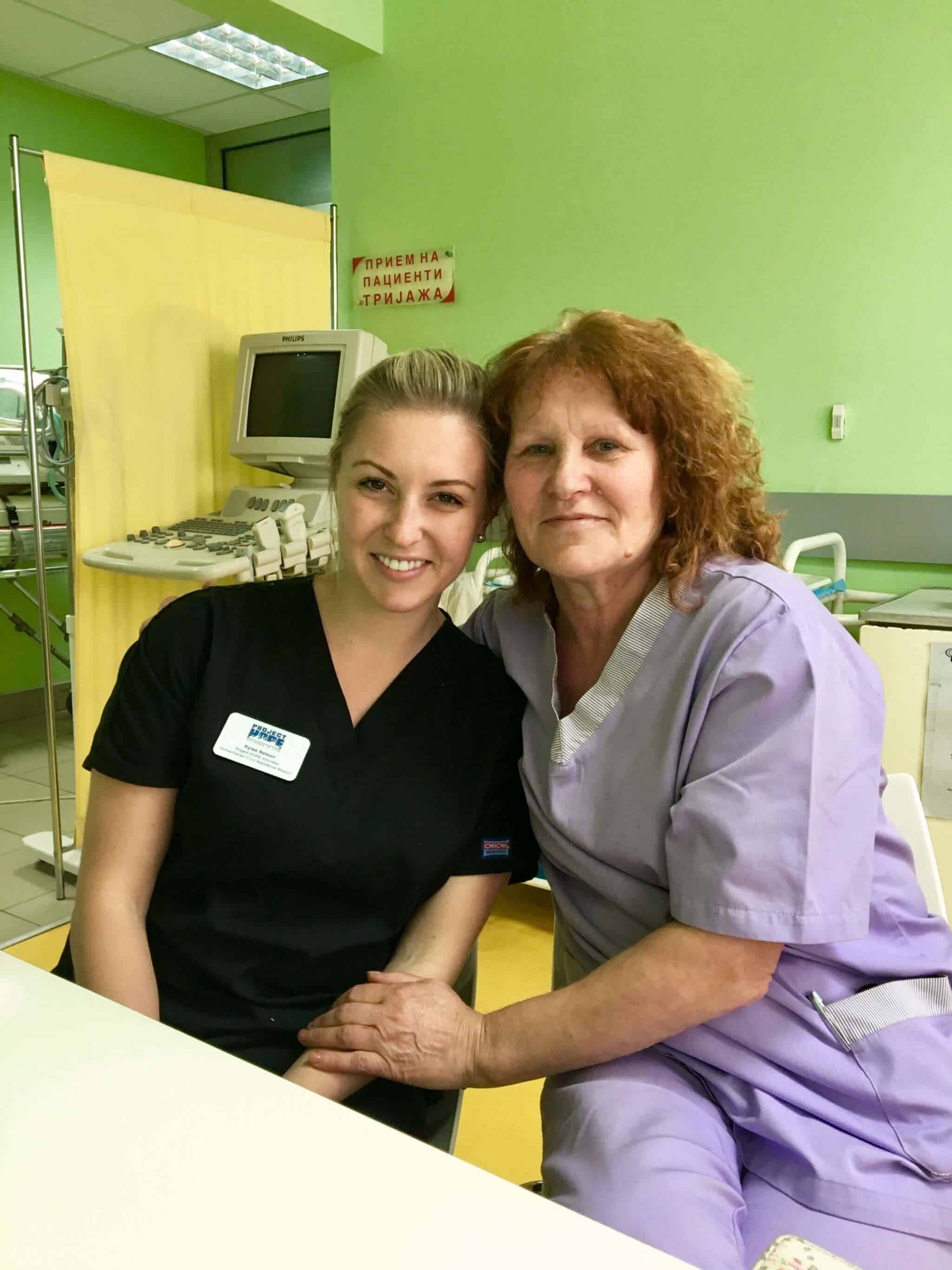 Parents, co-workers, management, and more have all been compassionate to me as I’ve experienced growing pains in the NICU.  Want to be in on a little secret?  As nurses, it’s inevitable that we screw up.  And if you’re in healthcare and you haven’t screwed up yet, you will.  It’s only a matter of time.  I have had a LOT of screw-ups.  But this particular one sticks with me.

I was still on orientation, which means I was brand new and pretty much clueless.  I was taking care of a baby who was GA 27-weeks, CGA 28-weeks.  This means that mom’s milk had just started coming in.  Side note – you NICU moms are the real deal.  You guys pump and pump.  Sometimes without seeing more than a drop for an entire week!  You set your alarm for every three hours.  Wake up at times that nobody should be awake.  And when you get a drop, you smile, and we praise you because we know how hard you worked for that.

The baby I was taking care of had an OG tube and was receiving 5 ml of EBM q3hrs.  In this particular NICU, we would put the milk in a syringe, attach it to the OG tube (after checking placement), and use tape to hang it from the top of the isolette, allowing gravity to pull the milk into the stomach.  In this particular case, I did not tape the syringe to the top of the isolette well enough, and that 5 ml of EBM that mom worked so hard for, was suddenly all over the baby’s face.  And of course, Mom was standing there watching this all unfold.

I looked up at her, wanting to die and also wanting her to know that I realize what just happened was not ok.  I wanted to say, “You worked SO hard for that.  And instead of being in your 28-week baby’s belly, it is instead all over her face.  And I am SO sorry and I wish I could take back time and be more careful.” But instead, because I was brand new, I just looked up at her and tried not to cry.  She realized that I had screwed up.  And instead of yelling and crying or asking for the manager, she just looked at me and nodded.  And said, “Okay.  It’s okay.”  Parents have taught me how to show compassion for others.

Having a hard time following all of the NICU nursing jargon?  Read NICU Lingo – 42 Terms for New Nurses for some clarity.

Lesson #4:  The NICU Has Given Me a Lesson in Resilience 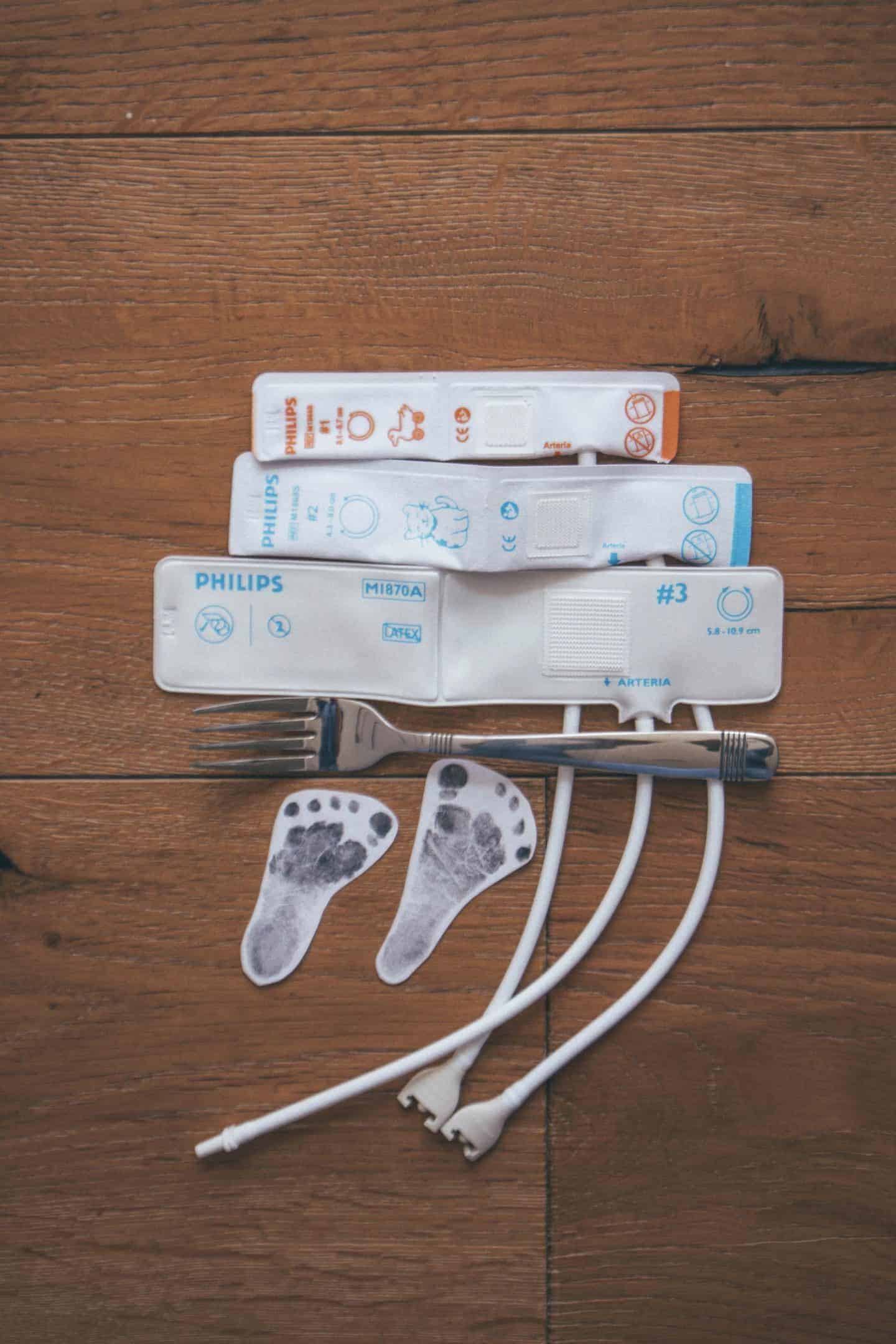 Who’s more resilient than a premature baby fighting every second to stay alive?  And the parents that join that fight with them?  Being a NICU nurse, I’ve learned what resilience truly means.  To keep going, despite all odds, and never giving up.  When things go sideways, to figure out a way around the issue and continue the fight.  Premature babies are hands down the most resilient humans on this planet.

If I could go back and tell my younger self that I would grow up to have the most rewarding and humbling career, how that would’ve changed my outlook on nursing.  Being a nurse takes strength, it takes power, teamwork, and trust.  It’s asking for forgiveness, offering forgiveness, and being a shoulder to cry on.  Being a nurse is being a therapist is someone’s most vulnerable moments.  Nurses ARE the heart and soul of the hospital. 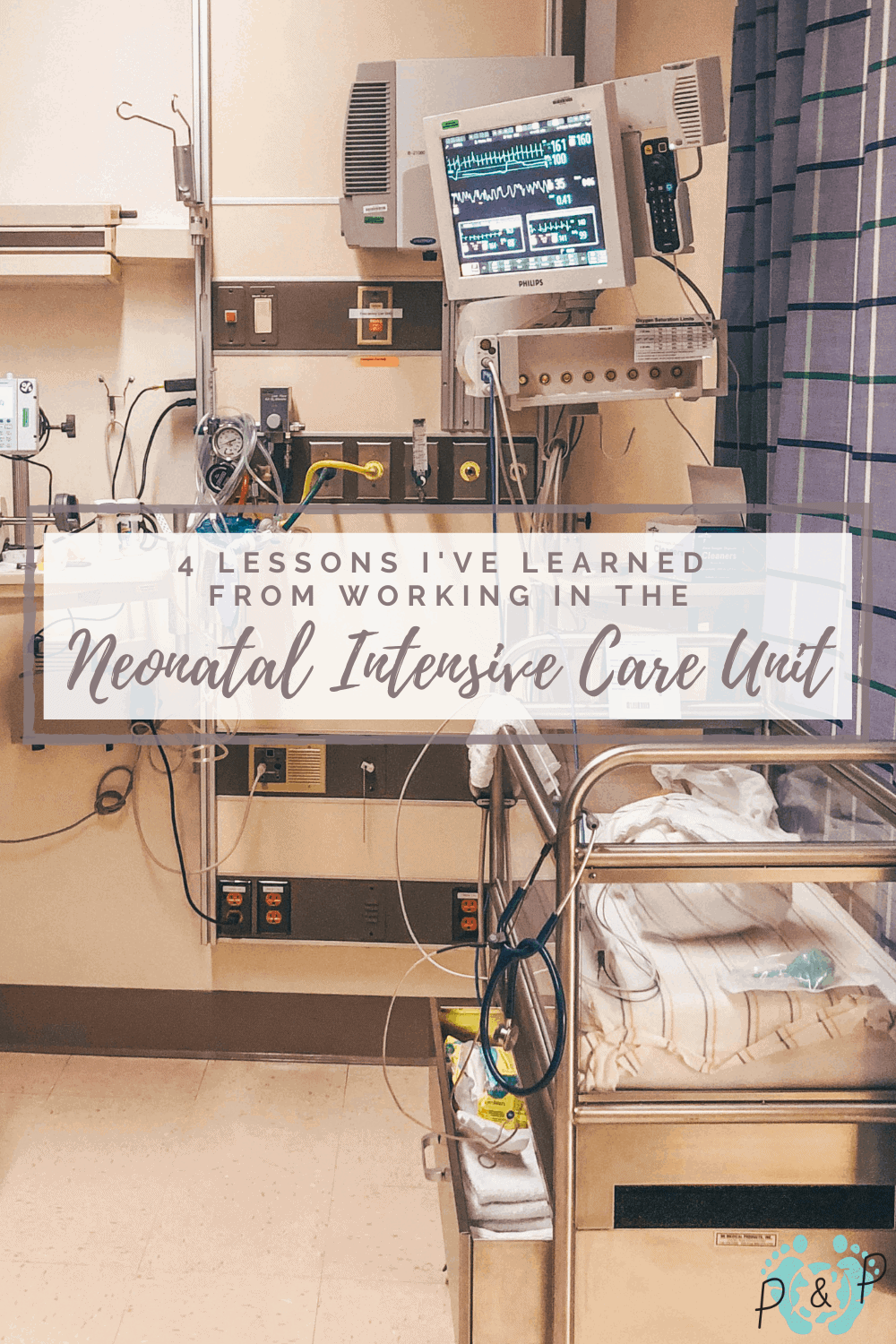 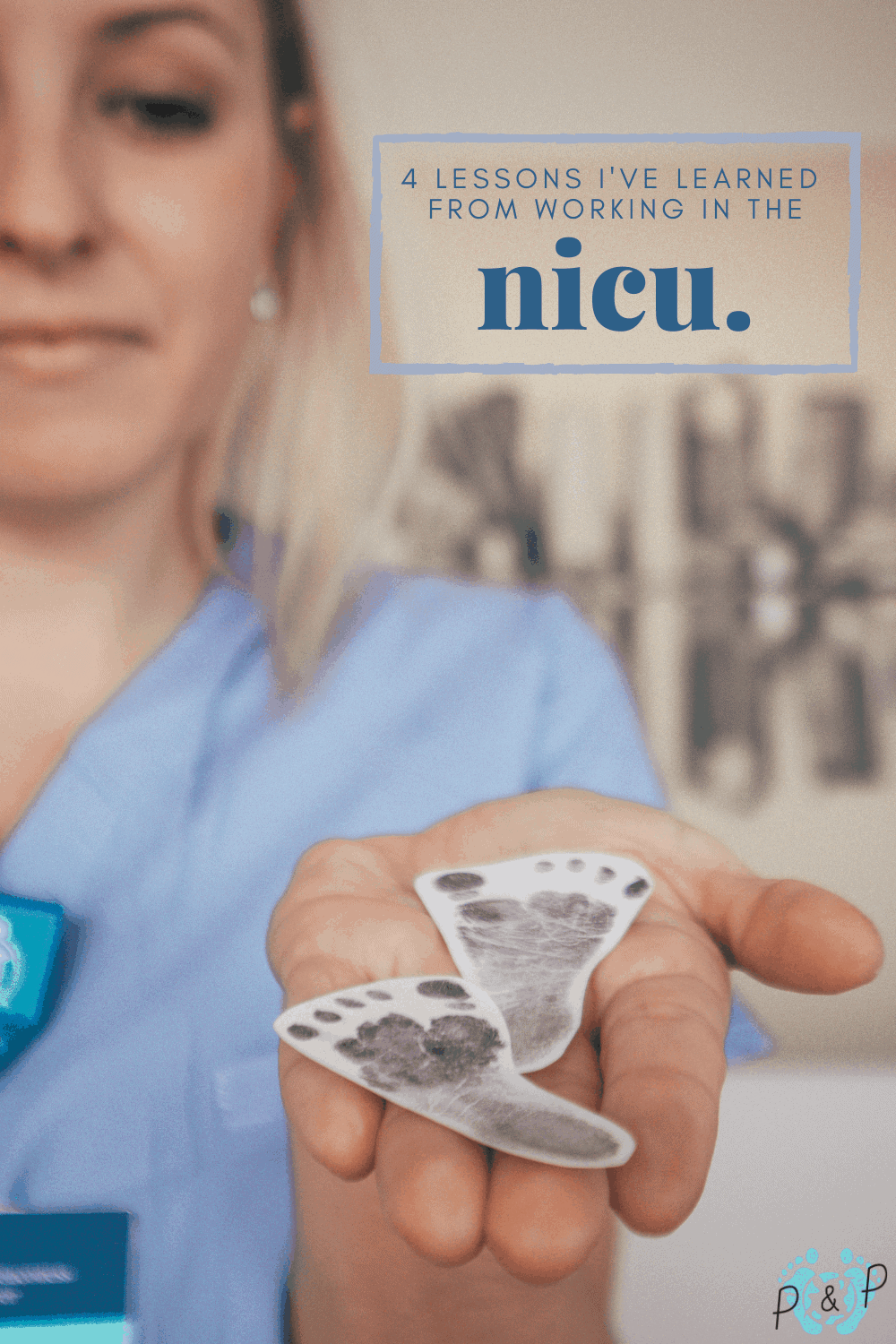