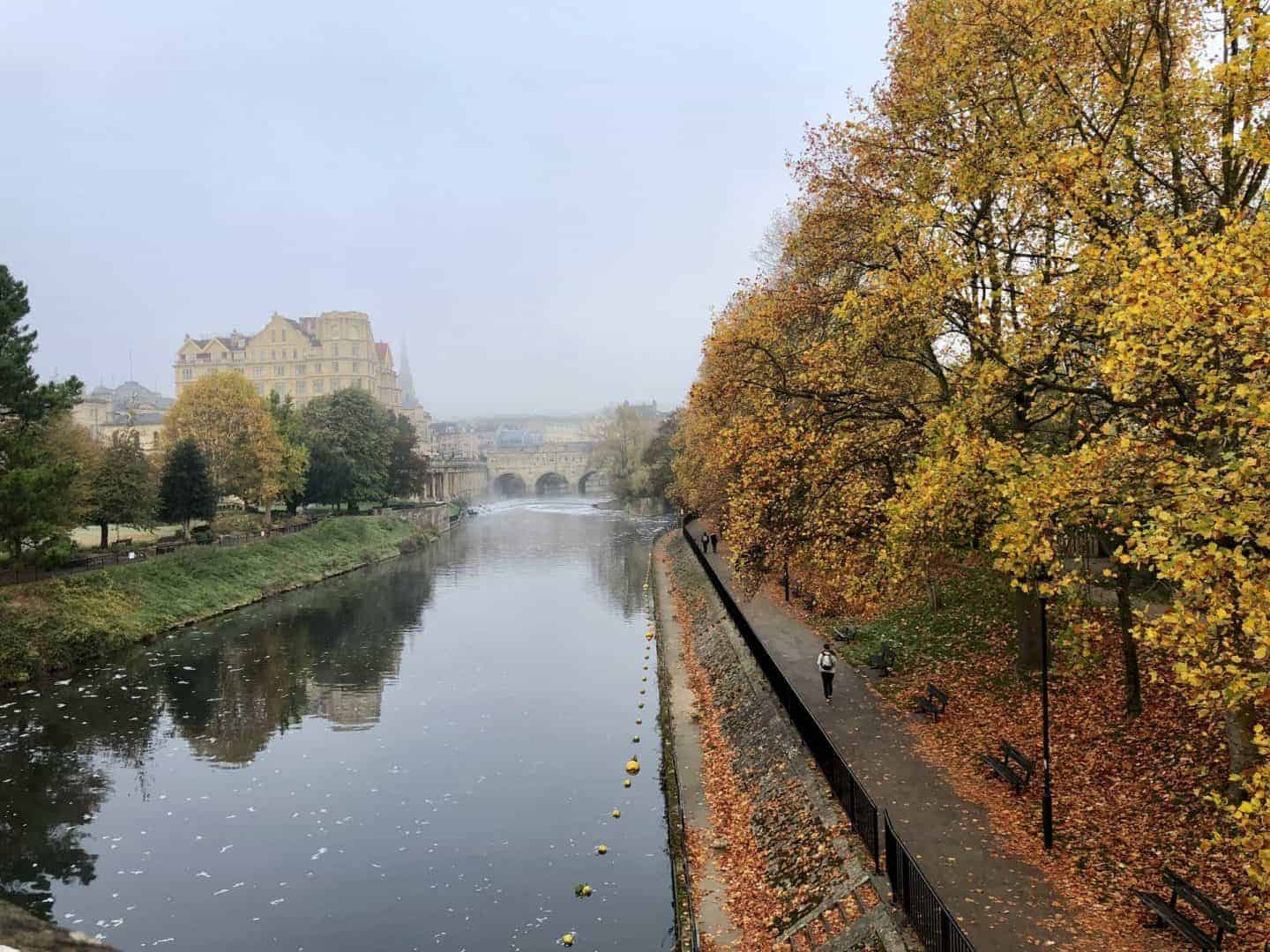 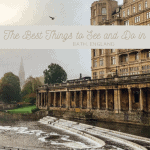 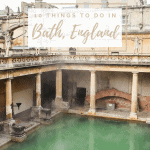 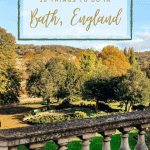 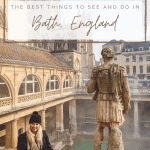 Visiting Bath, England was an absolute dream come true.  A city of culture and history.  Although Bath gets less attention than its bigger, more glamorous neighbor to the east – London, it can certainly hold its own.  If you’re taking a trip to the UK, Bath most certainly should not get overlooked.  This small town lies in the southwest countryside of England and is named so for its natural “baths”.  UNESCO has recognized the entire city as a World Heritage Site.  The only other city in the world that receives the same recognition is Venice, Italy.

While there is so much to see and do in this city mixed of Roman and Georgian influence, below are my top 10 things to do in Bath, England.

Top 10 Things to Do in Bath, England 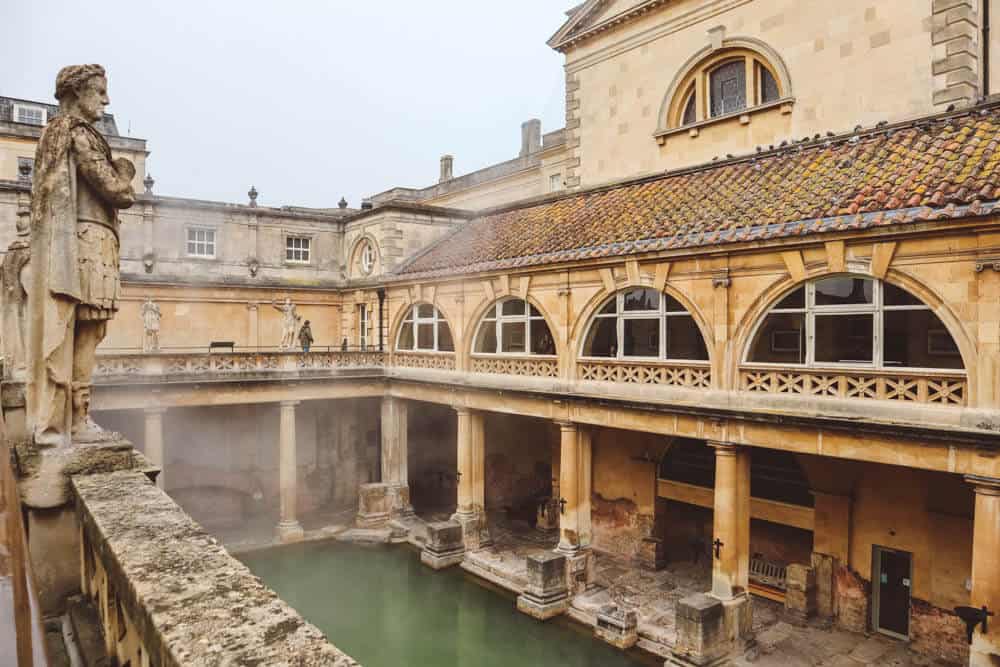 The town of Bath was sought out by Romans and people all over the world for its ancient, mythical, healing baths – and subsequently how the town got its name.  Now The Roman Baths are a well-preserved site with an indoor area teaching you about the history of how Bath came to be and the significance of these thermal waters.  You can enter the site for a fee of £21-23 (depending on the day of the week), where you’ll receive a free audio guide guiding you through the museum.  Expect to spend at least 2-hours walking through this historic site, learning how the Romans built the site, and what they used it for.  Please note that the thermal waters are now off-limits to everyone, but you can still get up close.

I recommend buying tickets ahead of time and going when the site opens before it gets too crowded.

2.  Go on the Free Walking Tour 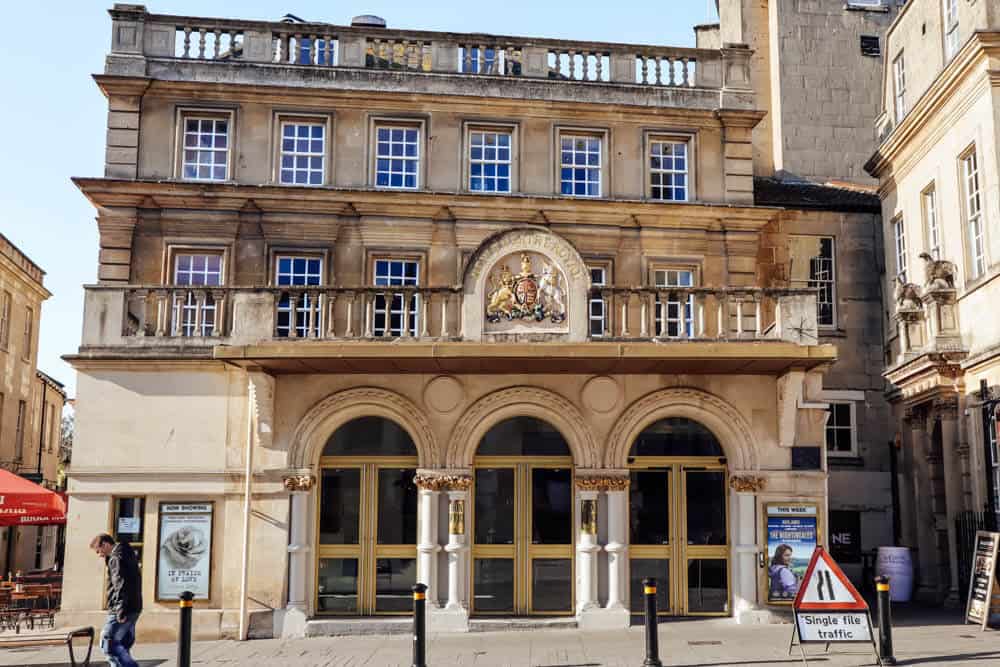 While the free walking tour in Bath isn’t the best that I’ve been on in Europe, I would still recommend participating so that you get a lay of the land and learn about how the city came to be.  It is completely free, totally informative, and tips aren’t accepted.  Lasting nearly two hours you’ll leave with a better sense of Bath and what it means to be a local in town. 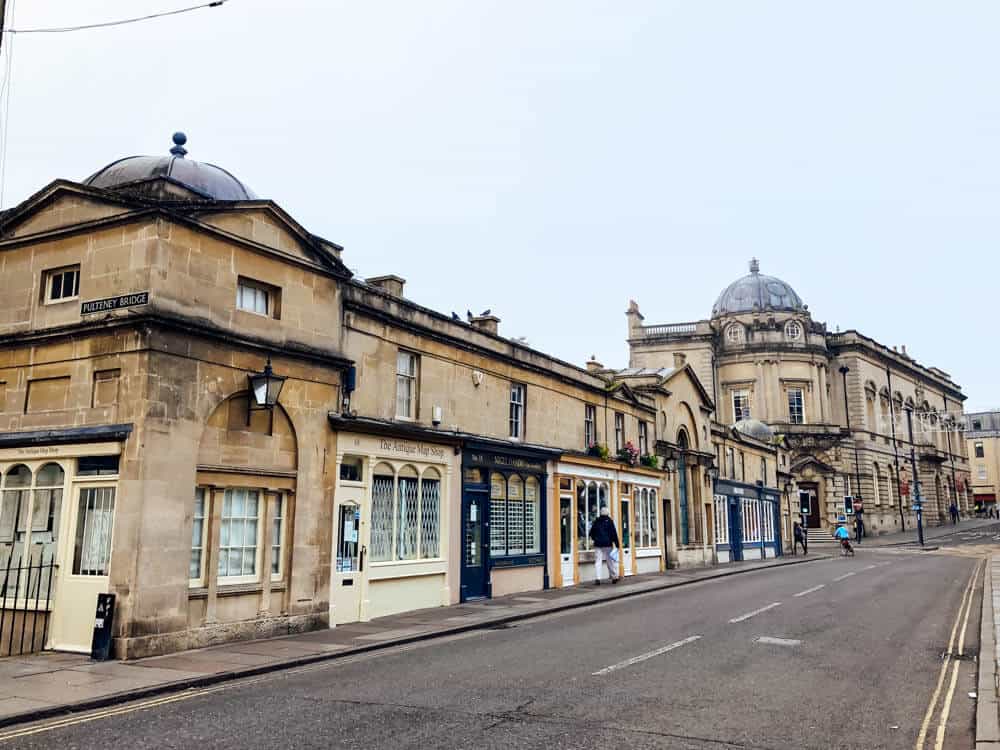 The Pulteney Bridge is one of only four bridges in the world with shops on each side of the bridge.  It arches over the River Avon and was completed in 1774.  Walking across the bridge is free of charge and you’ll get incredible views from both sides.  The other three bridges with shops on each side are the Ponte Vecchio in Florence, the Rialto Bridge in Venice, and Krämerbrücke in Erfurt, Germany. 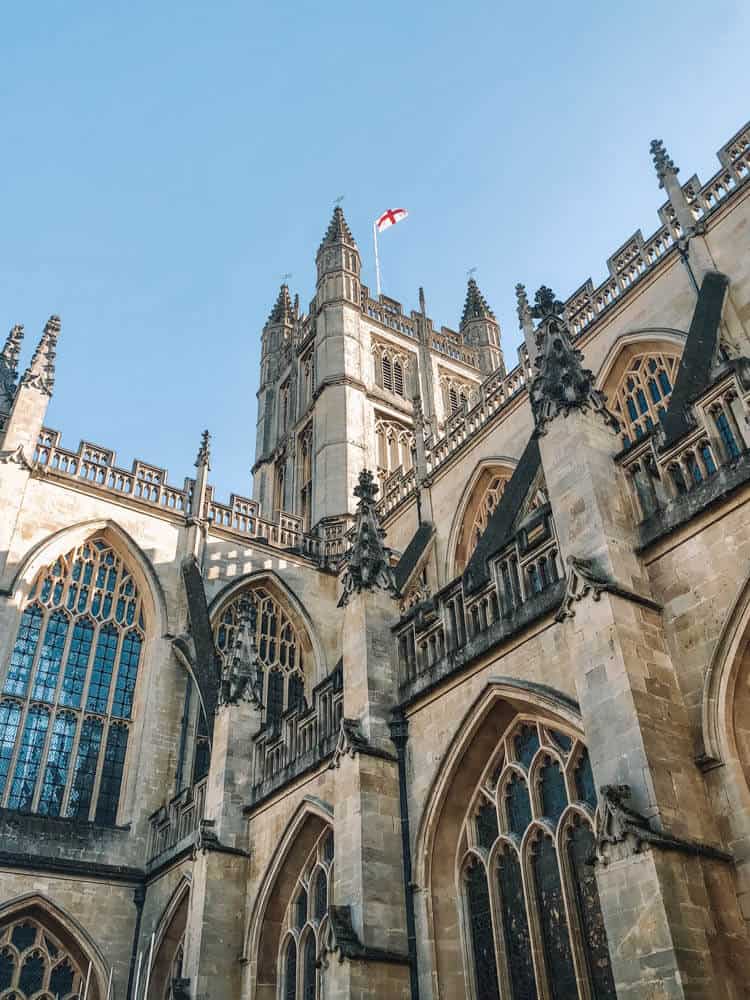 Bath Abbey is an Angelic parish church founded in the 7th-century.  You can pretty much see the top of the church from anywhere in the city center, which makes it a good point of reference to guide you throughout the day.  It’s also located right next to the Roman Baths so if you’re sightseeing for the day it’s a good idea to visit both of these places one after another.

5.  Take a stroll through Prior Park Landscape Garden 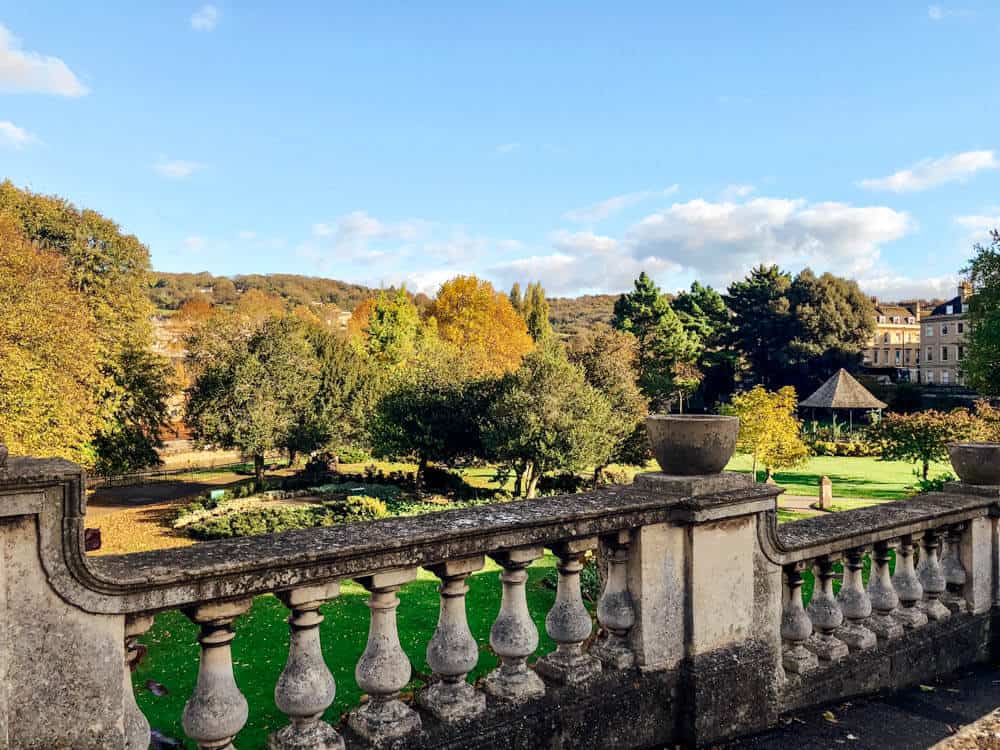 One of the most beautiful parks in Bath, Prior Park Landscape Garden was originally designed by Alexander Park and Capability Brown in the 18th-century.  Now it’s owned by the National Trust and they require a £5 fee to enter.  The significance of Prior Park is that it was influential around Europe for defining what is referred to as the “English landscape garden”.

6.  Walk around The Circus 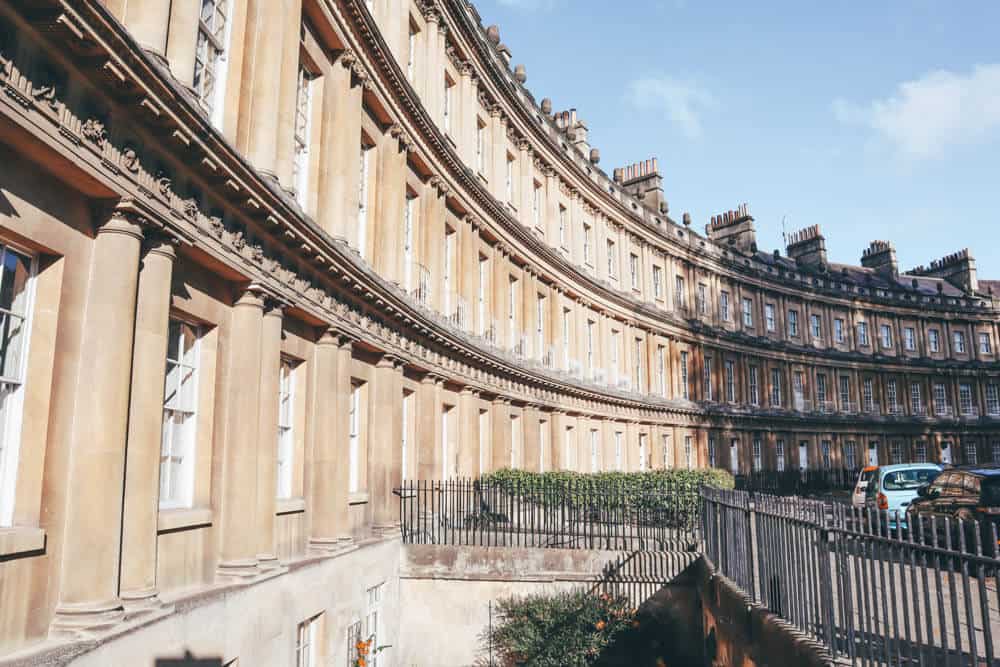 While The Circus is not a literal circus; instead this famous street is a circle of historic townhouses forming a circle with three entrances.  The architecture resembles Georgian style influence and it’s common for a celebrity to own one of these historic homes.  You can walk the grounds of The Circus for free.  But remember to be respectful, people still live in these homes today. 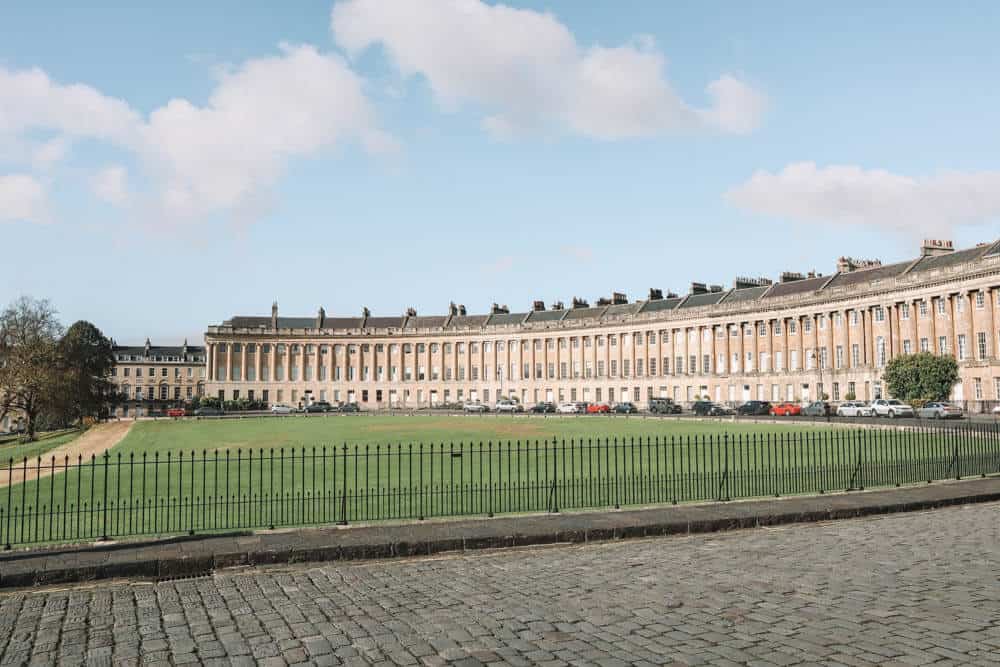 Built-in 1774, the Royal Crescent is a row of 30 uniform houses located near The Circus.  It was built in the 1700s and is still the greatest example of true Georgian style architecture found in the United Kingdom.  At one point in history, people who owned the houses were able to make slight appearance changes to the outside of their homes.  That was until 1972 when one house owner painted their door yellow.  Since that incident the rules were changed and there have been no changes to the Royal Crescent since.  Like The Circus, you can walk around for free but be respectful to the people living in these homes today.

8.  Pamper yourself at Thermae Bath Spa 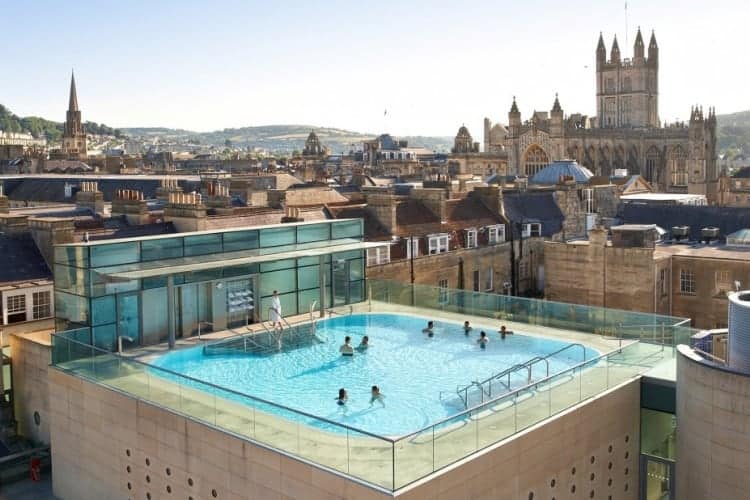 Thermae Bath Spa is Britain’s original thermal spa.  Choose to pamper yourself with one of their money spa packages, or visit at night where you can swim in the open-air rooftop pool and gaze out at the stars.

9.  Wine down at Corkage 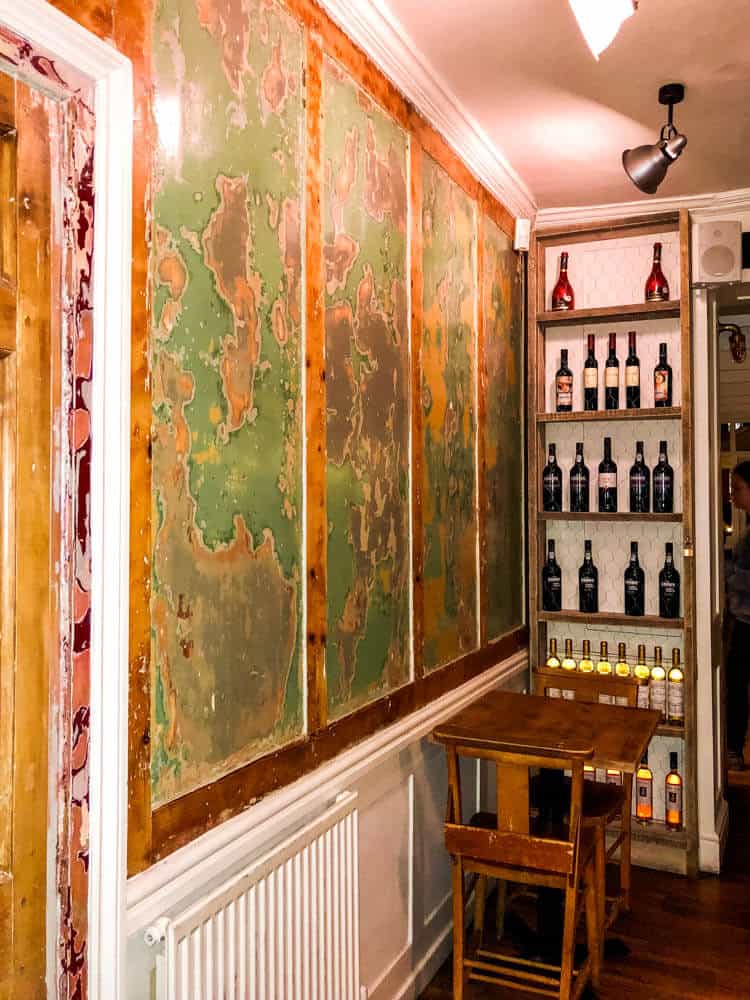 A quaint and cozy wine bar in the heart of Bath, Corkage serves tapas to go along with their extensive wine list.  But don’t expect to be given either a wine or food menu.  Instead expect the staff to be able to recite the ingredients from each item served that night and options for accompanying wine.  At Corkage the staff is required to know everything about the wine and food so that they can guide your choices based on your preferences.

10.  Wake Up Early to Explore the Empty Streets 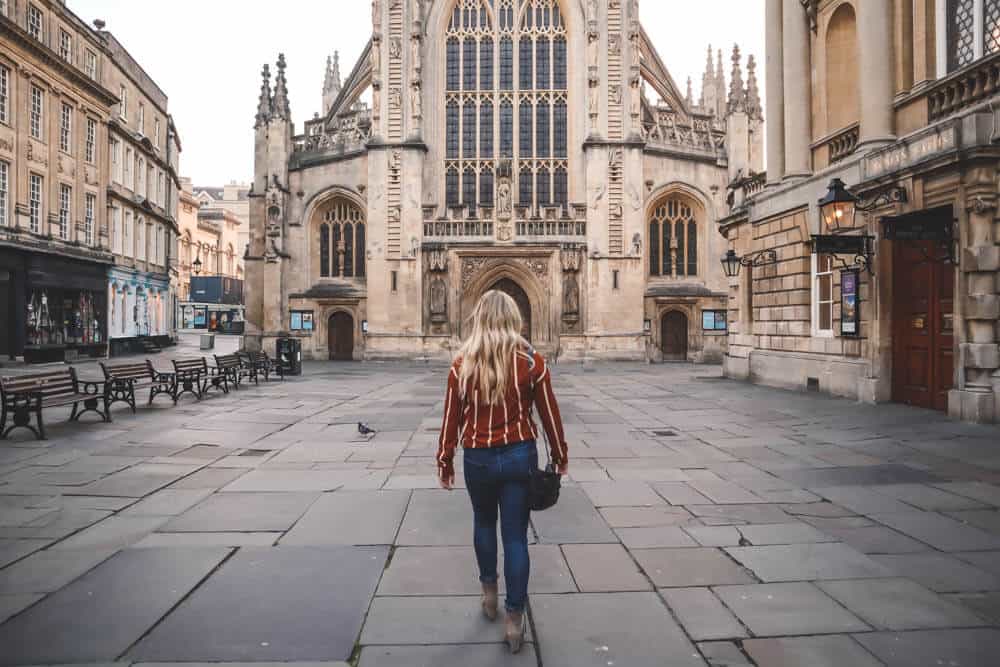 And the best part of visiting?  Being able to explore the city when it’s most quiet and peaceful.  Wake up when the sun rises and strolls the streets without hoards of tourists around.  Here is when you’ll find the beauty of Bath, quiet and alone with your thoughts, curious about the town and intrigued with how it is today.

For a more visual look at Bath make sure to check out my Instagram story highlights, “Bath”

If you’re planning on traveling around England and want more recommendations, check out these posts:

A Stay in the Cotswolds 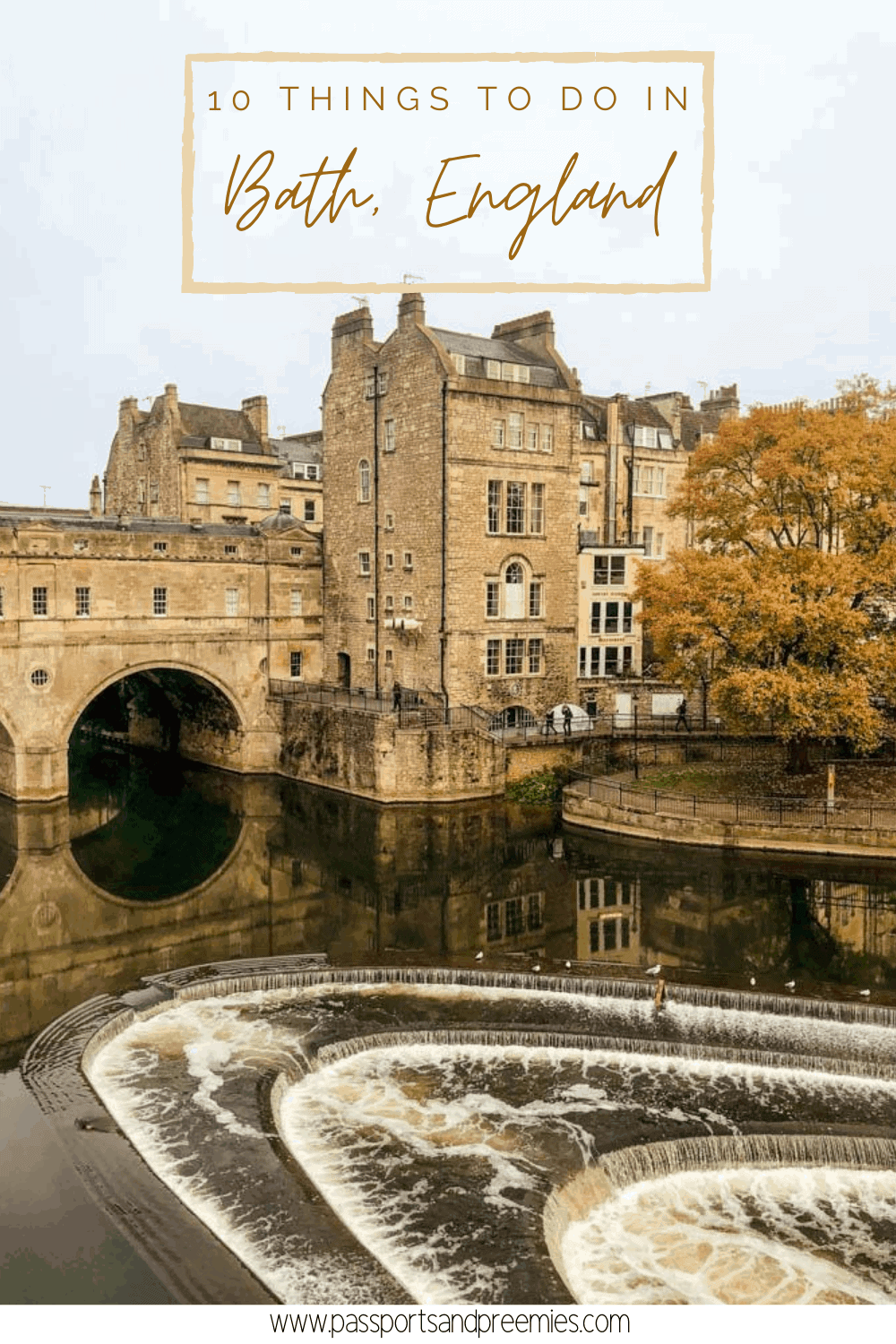 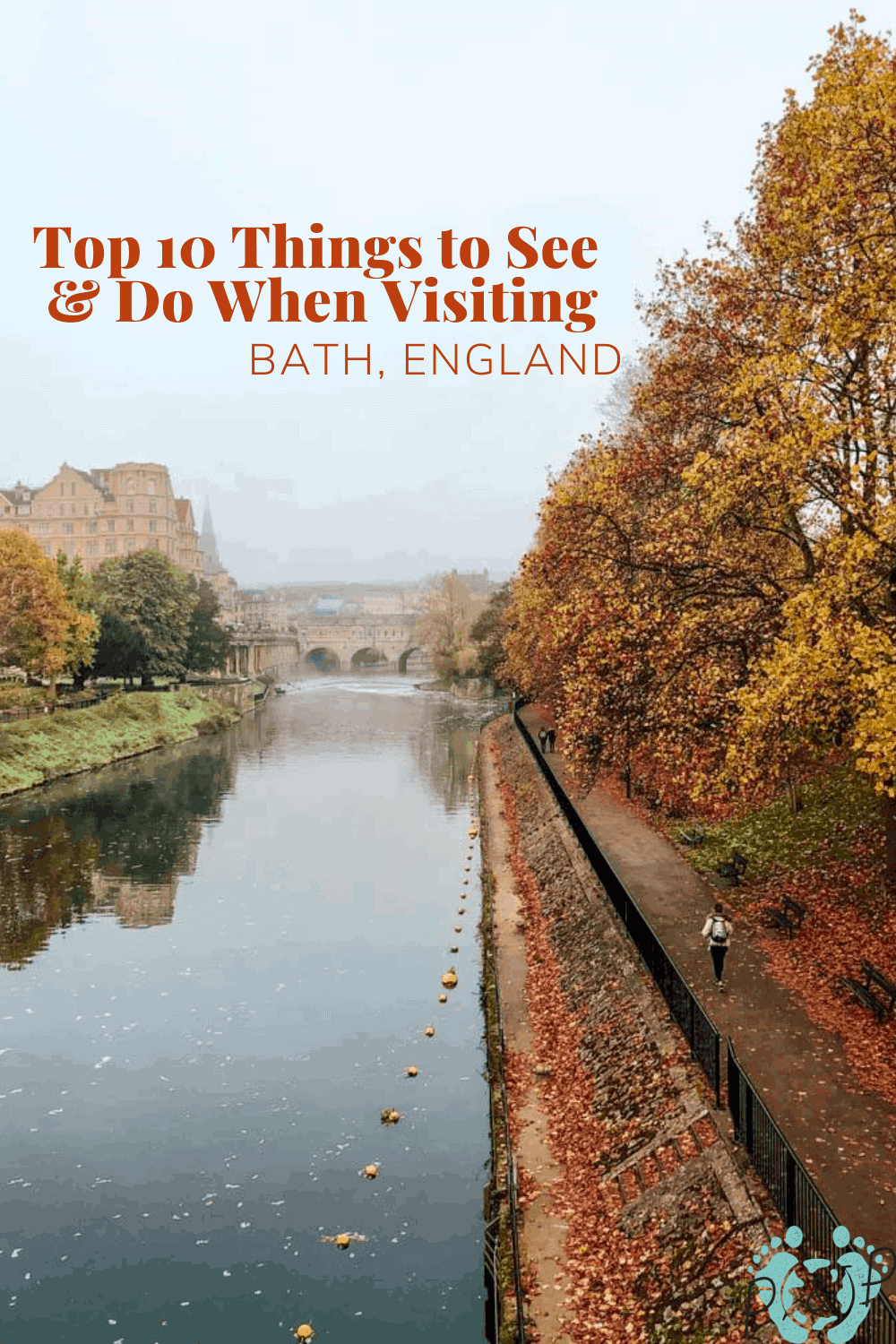 END_OF_DOCUMENT_TOKEN_TO_BE_REPLACED

How to Spend a Weekend in Palm Springs

A Wintery Escape from San Francisco to Lake Tahoe