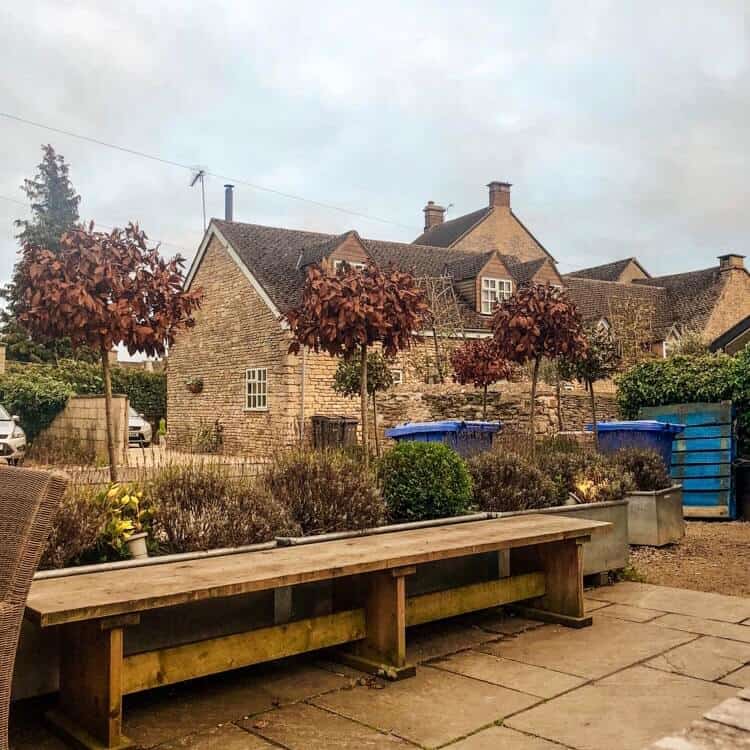 As I drove through the English countryside, windows down, wind whipping my hair, the smell of flowers wafting in and out of the car, I smiled to myself.  I was driving through green pastures, rolling hills, and passing perfectly placed thatched cottages.  I had my sights on the Cotswolds, and I was almost there.  While I made my way towards the fairytale villages of the Cotswolds, I couldn’t help but think what an incredible opportunity I had.  I was staying in the Cotswolds, despite being a solo female traveler in a romanticized town of couples.  I wasn’t waiting for a man to come into my life to allow me to start living.  To allow my dream of visiting this fairytale place become a reality.  And as I pulled into the quaint village known as Stow-on-the-Wold, these thoughts stayed with me as I knocked on the door of No. 9.

I first learned about the Cotswolds in high school when I watched The Holiday.  As my girlfriends sat on the couch oohing and ahhing over Jude Law, I was secretly oohing and ahhing over the English countryside.  It was then that I decided, one day, I will live out my dream of seeing these villages in real life.  And that one day had finally come.

Staying in the Cotswolds 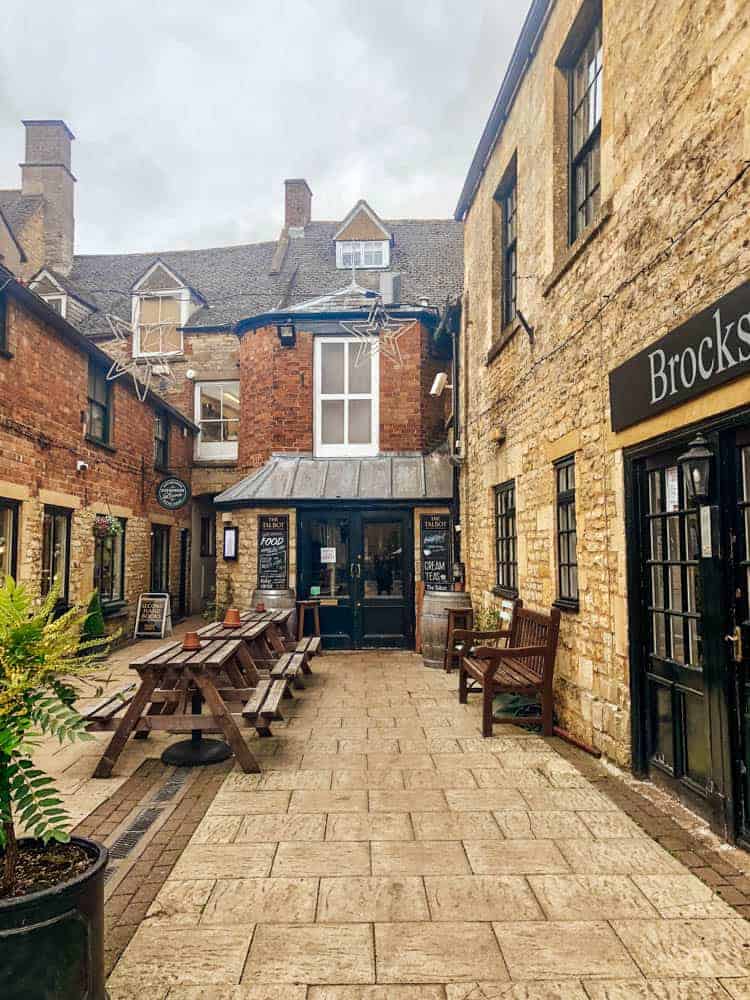 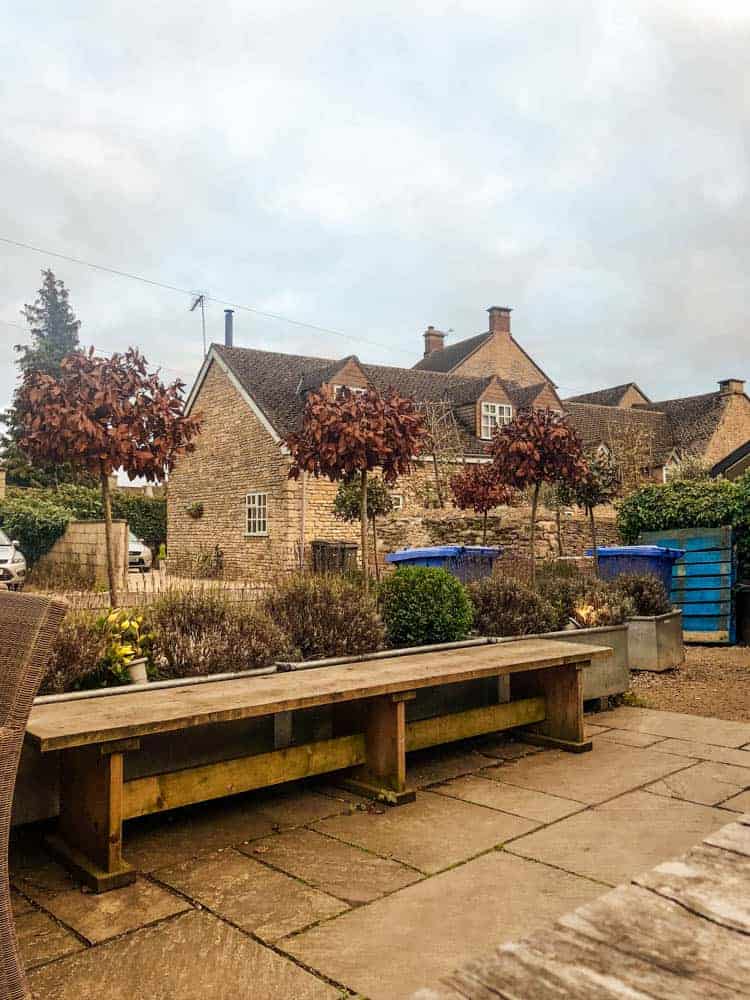 The Cotswolds are a region in England, composed of rolling Cotswolds Hills.  Many villages scattered throughout the rolling hills make up what is known as the Cotswolds, an area that has been designated as the largest area of Outstanding Natural Beauty in England (and Wales).  And while you can’t go wrong at any one village, I set my sights on Stow-on-the-Wold, a busier village, in the northern region of the Cotswolds.

Stow-on-the-Wold is the highest village in the Cotswolds, sitting on an 800-foot hill.  Historically, it’s known as an important trading center and was an important part of the English Civil War.  Now Stow is well known for having the oldest inn in England and a lively market square with independent shops, bars, and restaurants.

Arriving at the Cotswolds If you’re driving through the region, which I recommend, don’t miss your chance at stopping in other villages as well.  Although you can reserve a taxi ahead of time, the Cotswolds region has limited means of transportation and is more difficult to get around if you don’t have a car or a bike.  If you’re visiting from elsewhere in the UK you can take a train or bus to the region, but once you depart, transportation is limited.

If you’re specifically heading to Stow-on-the-Wold, you can arrive from London Heathrow by car rental in 1 hour 40 minutes, or from Birmingham International in 1 hour.  If you choose to travel by train you can take the Great Western Rail services from London, Reading, or Oxford, arriving at Moreton-in-Marsh or Kingham station.  From Moreton or Kingham it is a 10-minute drive to Stow.  Please note that taxies are readily available in Moreton but need to be reserved if you’re arriving in Kingham.

I arrived in the Cotswolds via car from Bath.  If you’re coming from the south, make your first stop in Bibury.  Bibury is a classic village of thatched cottages, and one of the most popular in the area.  Take your time as you stroll through town observing the peaceful atmosphere and unique thatched cottages.  From Bibury head north for 12-miles until you come to Bourton-on-the-Water.  Bourton-on-the-Water is best known for its beautiful low bridges that straddle River Windrush.  Next, continue 4-miles further north until you come to your resting spot, Stow-on-the-Wold.  A more lively village than Bibury and Bourton.  If you’re looking for something more peaceful, perhaps continue on further north, 10-miles, until you come to Chipping Campden.

Where to Stay in Stow-on-the-Wold 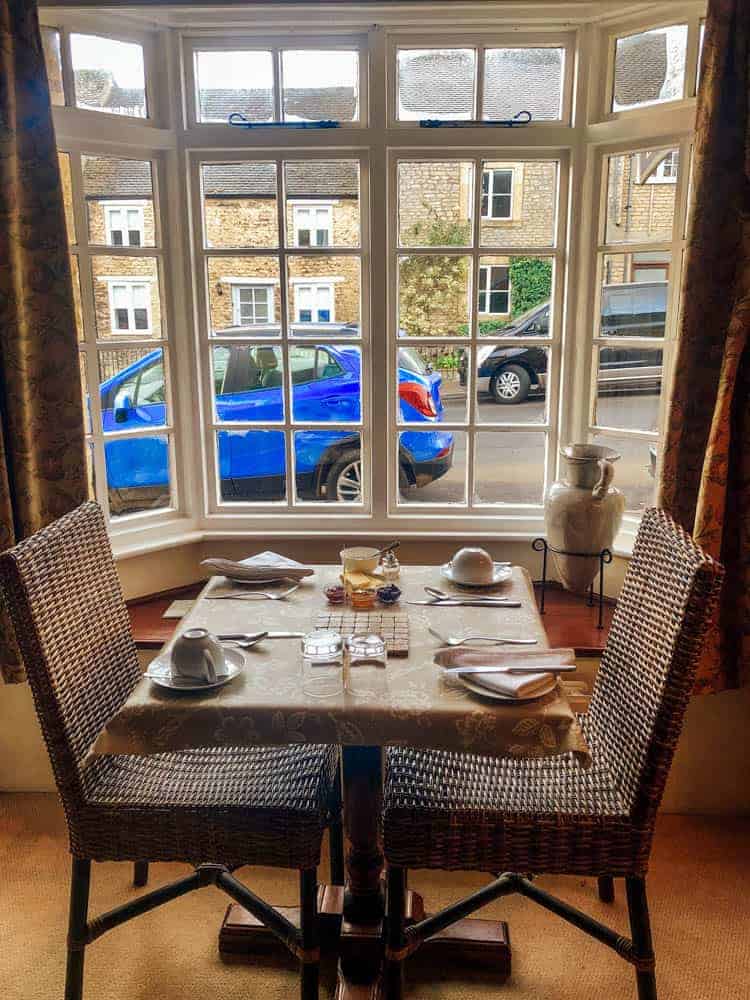 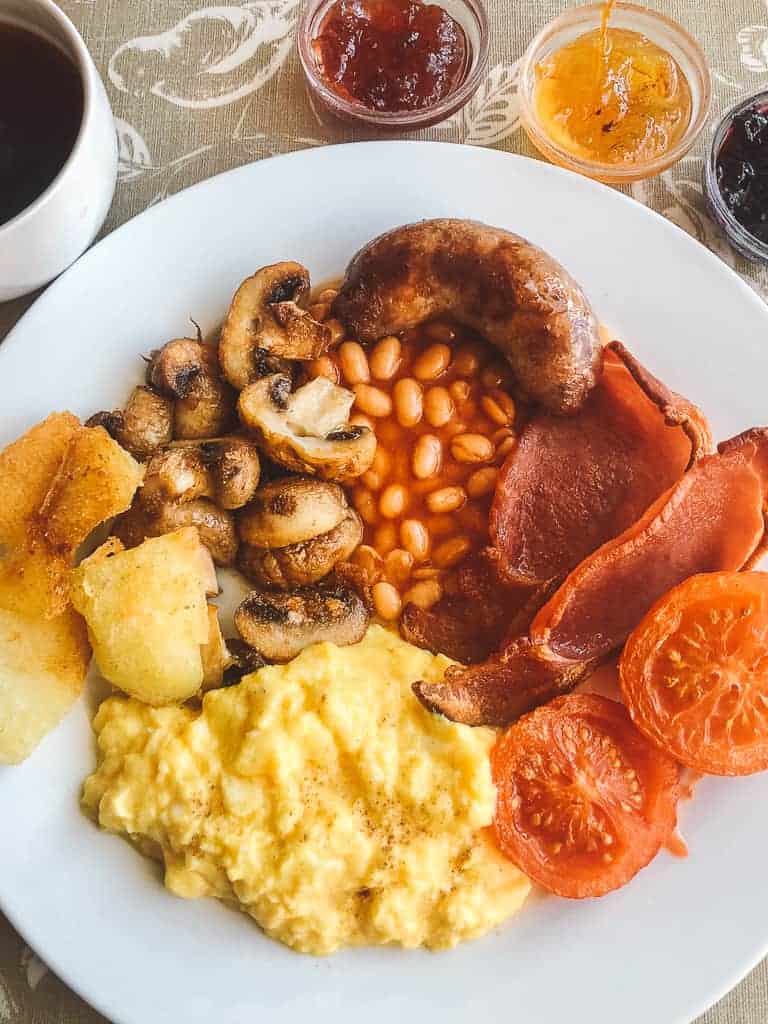 Of all the special places to stay in the Cotswolds, I stumbled upon the most idyllic English bed and breakfast, No. 9.  Three elegant rooms are available in this cozy and rustic 18th Century Georgian Coaching Inn, set on a serene street near the market center in Stow.  When morning comes you’ll wake up to a full, hearty English breakfast of beans, toast, eggs, jams, bacon, and more.  Or if you’re feeling especially lazy, the hosts will serve breakfast right to your room.

After waking up head out to town making sure not to miss The Porch for drinks – located in the oldest inn in England.  Sit for tea at The Old Bakery Tearoom, and grab lunch at The Hive.

As a solo female traveler, I’ll admit, I was hesitant to stay in the Cotswolds.  In such a romantic place alone.  By tossing my insecurities and doubts aside, I can full-heartedly say that even alone, the Cotswolds was just as magical as I had imagined.  As I drove away, I felt every fiber of my being pulled back to wander the cobbled streets and weave in and out of the thatched houses just a while longer.  I ached to sip on mulled wine, listening to heavy English accents, and watch people interact with each other.  As I drove away I promised myself, solo or not, I would return.  I would be staying in the Cotswolds again, moving more slowly through each village.  Getting to know the ins and outs of the area even better.  My hope is that you will do the same.

For more inspiration and information on traveling through England, check out these posts:

Solo Guide to a 7-Day Road Trip Through the UK

10 Things to Do in Bath, England

For more Cotswolds inspiration, head to my Instagram page/highlight reel for my saved “Cotswolds” highlight 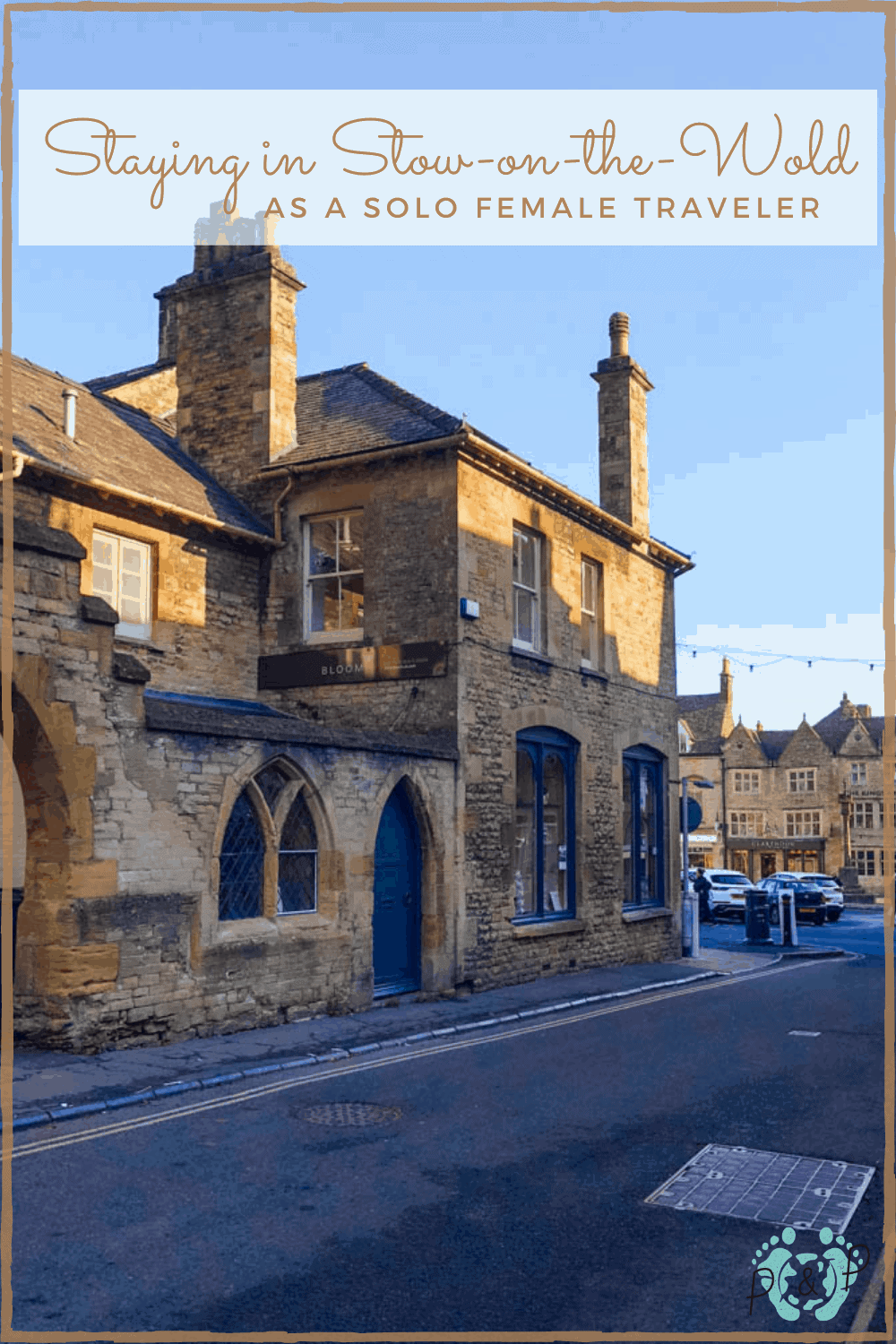 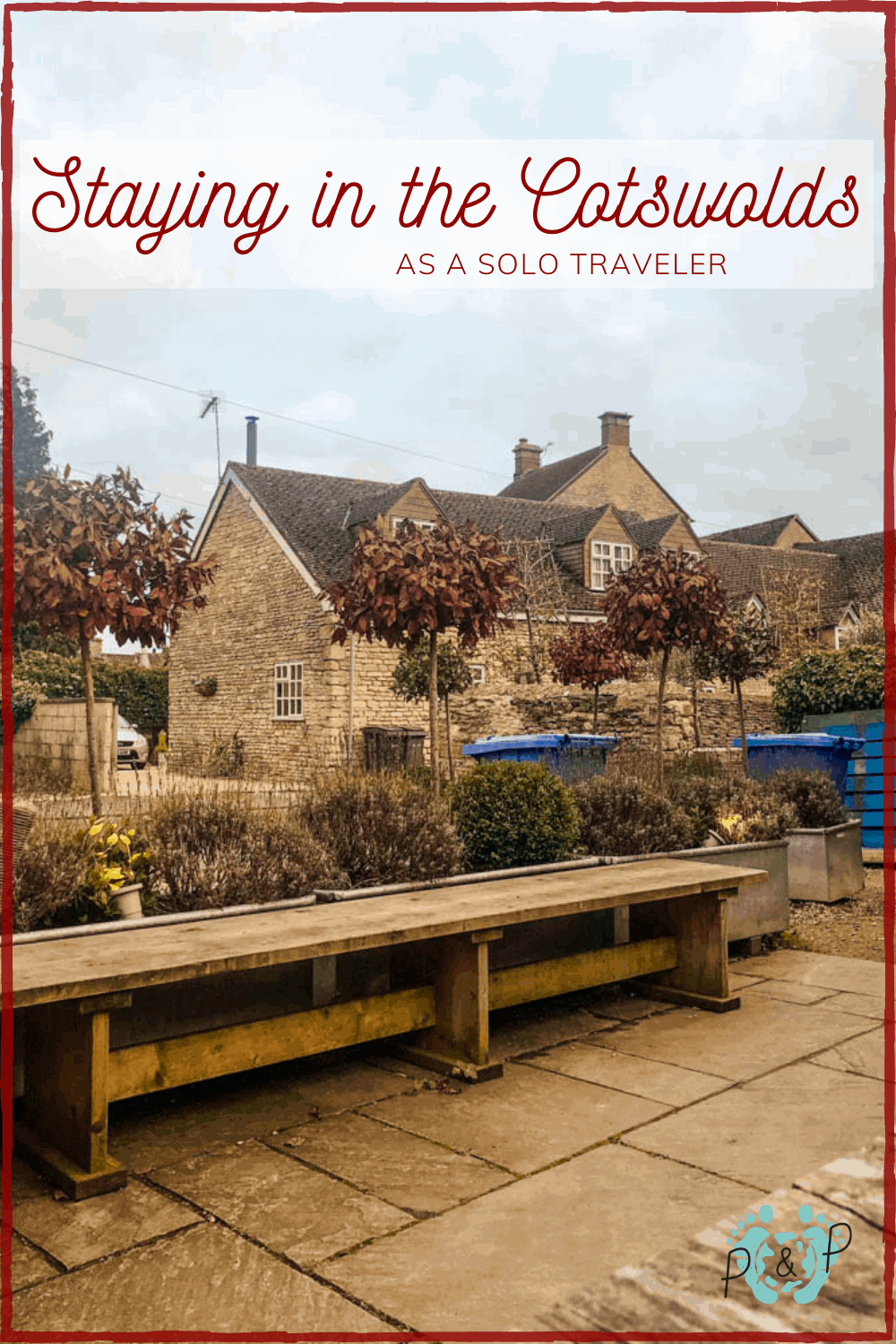