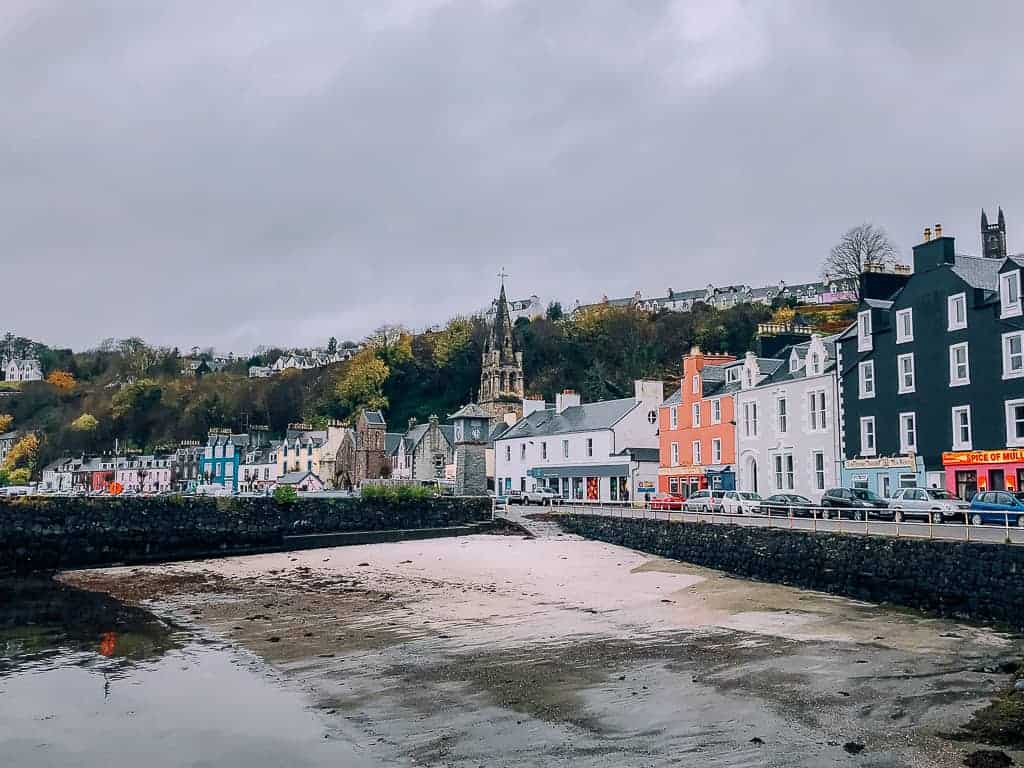 Renting a car as a solo female American traveler in the UK comes with a roller coaster of ups and downs.  On the positive side – you’re witnessing incredibly unique and diverse countrysides, seeing things that you wouldn’t see if you were on an airplane, and you have the ability to stop wherever and whenever you want.  On the negative side – you’re driving on the opposite side of the road, through small villages with tiny, twisting roads, praying that you don’t crash into oncoming traffic.  It’s all a beautiful, scary, and crazy adventure!  I spent 8-days road tripping through the UK as a solo traveler and found it to be quite stressful.  The real question is, would I do it all over again?

Information On Renting a Car in the UK As far as driving goes, keep in mind that in the UK you will be driving on the opposite side of the road.  This means that the driver’s seat will be where the passenger seat is (for Americans), and you will be driving down the left side of the road instead of the right side.  When you pass other cars, in the oncoming lane, the drivers will be closest to one another.  Also know that the fast lane is the right lane, while the slow lane is the left lane.

Another thing to note is that while lights (red, green, yellow) exist, the more popular alternative to slow people down is by using roundabouts.  Expect to see many roundabouts while driving, and know that you’ll be going left around the roundabout instead of right.

Where/How to Rent a Car Similar to the states, car rental is pretty easy throughout the UK.  You can either rent from an airport, or Google a city followed by “car rental company”.  For example, I rented a car from Bath, England; when I was searching for rental companies I simply Googled, “Car rental companies in Bath, England”.  From the options that populate to where you are, make sure to check Google maps for the distance between each rental company and your hotel so that you can choose the closest option.

Tip:  ALWAYS call to confirm your car rental.  Don’t assume that you will be given an automatic even if you chose that option online.  (Manual cars are much more common around Europe than automatic cars are).

Are you headed out on a solo road trip?  Don’t miss my 6 Solo Road Trip Tips As I said earlier, renting a car in the UK comes with its fair share of challenges.  There are both positive and negative aspects of car travel vs plane travel or train travel.  For starters, with a car, you can completely customize your itinerary to fit your needs.  Plus you’re able to stop if you see something that interests you, or you can keep driving if you don’t like where you’re at.  You have the ability to stay at a destination longer or leave earlier.  And you’re better able to follow local recommendations if something wasn’t on your original travel itinerary.  However, there’s also a downside.  If you rent a car in the UK you have to be prepared to drive on the opposite side of the road.  At times, these roads become very small as you drive through the countryside.  You always have to be on alert, unlike if you were a passenger in a train or an airplane.

Read more:  8 Tips for Renting a Car in the UK

Expect to Be Challenged

If you’re an American driving a car through the UK, expect to be challenged.  As you drive on the opposite side of the road, you’re constantly gripping the wheel, spatially incompetent, and scared that you might cross into oncoming traffic at any given moment.  Your blood pressure only seems to drop to normal levels once you actually park your car.  Oh, and did I mention that you oftentimes need to be prepared to parallel park?

Expect it to Cost a Pretty Penny

Renting a car in the UK was quite a bit more money than I was expecting to spend.  I would also argue that train travel through the UK can be expensive, so I don’t think that going the train route would have been much cheaper.  You also have to keep in mind that you’ll be paying for gas, which if you’re renting a bigger car/SUV can be a lot of money.  And you may have to factor in the cost of a speeding ticket/parking ticket.  Also, don’t forget that there is an exchange rate between the USA and the UK.  While America operates on the USD, the UK operates on the Pound.  The Pound is stronger than the dollar so your money won’t go as far.  (For example:  If you buy a tank of gas for 70 Pounds, it will cost more than 70 USD).

While there are definitely negative reasons for renting a car as a solo traveler in the UK, there is also an upside!  The biggest upside is that you will feel completely accomplished that you completed such a trip on your own!  Think about it… you will just have finished a road trip, in a different country, entirely alone.  You will have driven on the “wrong” side of the road, filled up your own gas tank, adjusted your own air pressure in the tires, all while navigating by yourself.  As you arrive at each destination in one piece, don’t doubt that that takes skill and guts.  Give yourself a pat on the back and realize that what you just accomplished is huge!

It was only once I returned my car in Edinburgh, that I realized how beautiful of a process it was to solo road trip through the UK.  For all of the lows and all of the stress – I had done it.  I had driven on the opposite side of the road.  I had parallel parked like a boss.  I had driven on the tiniest roads imaginable without driving into oncoming traffic.  I made it from England to Scotland.  I problem solved on my own, navigated on my own, and figured out what to do when my tires needed air.  I no longer wished to “rent a car and drive through the UK.”  I no longer had to ask someone else, “What’s it like driving on the wrong side of the road?”  I had done it!  And man did I feel accomplished.

So should you or shouldn’t you rent a car as a solo American traveler?  If you don’t easily shy away from challenge and adventure, then absolutely.  If you’re more of a timid traveler, maybe opt for the train instead.

For more information on traveling through the UK, check out these posts:

Solo Guide to a 7-Day Road Trip Through the UK

5 Places to Visit in Great Britain that Aren’t London 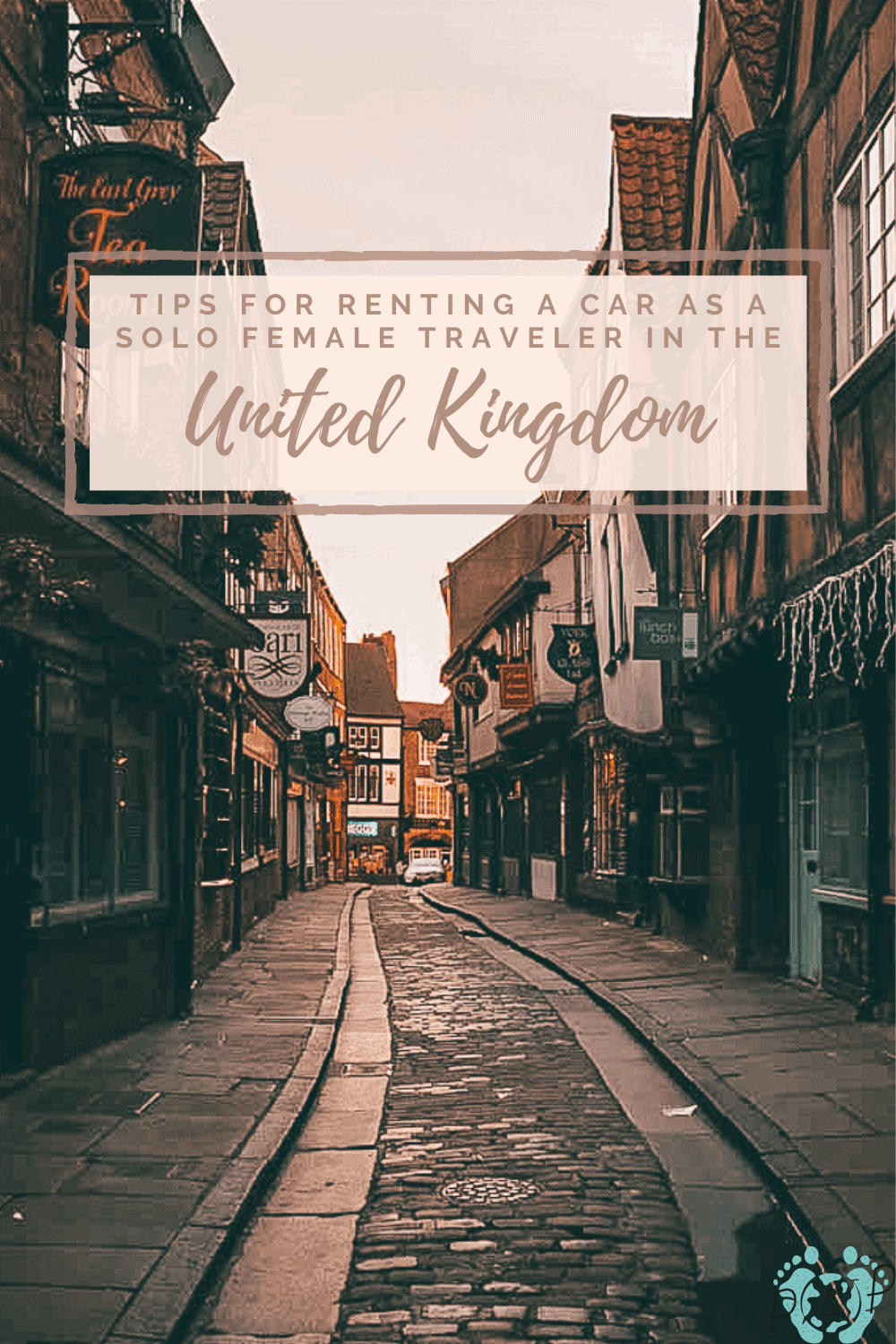 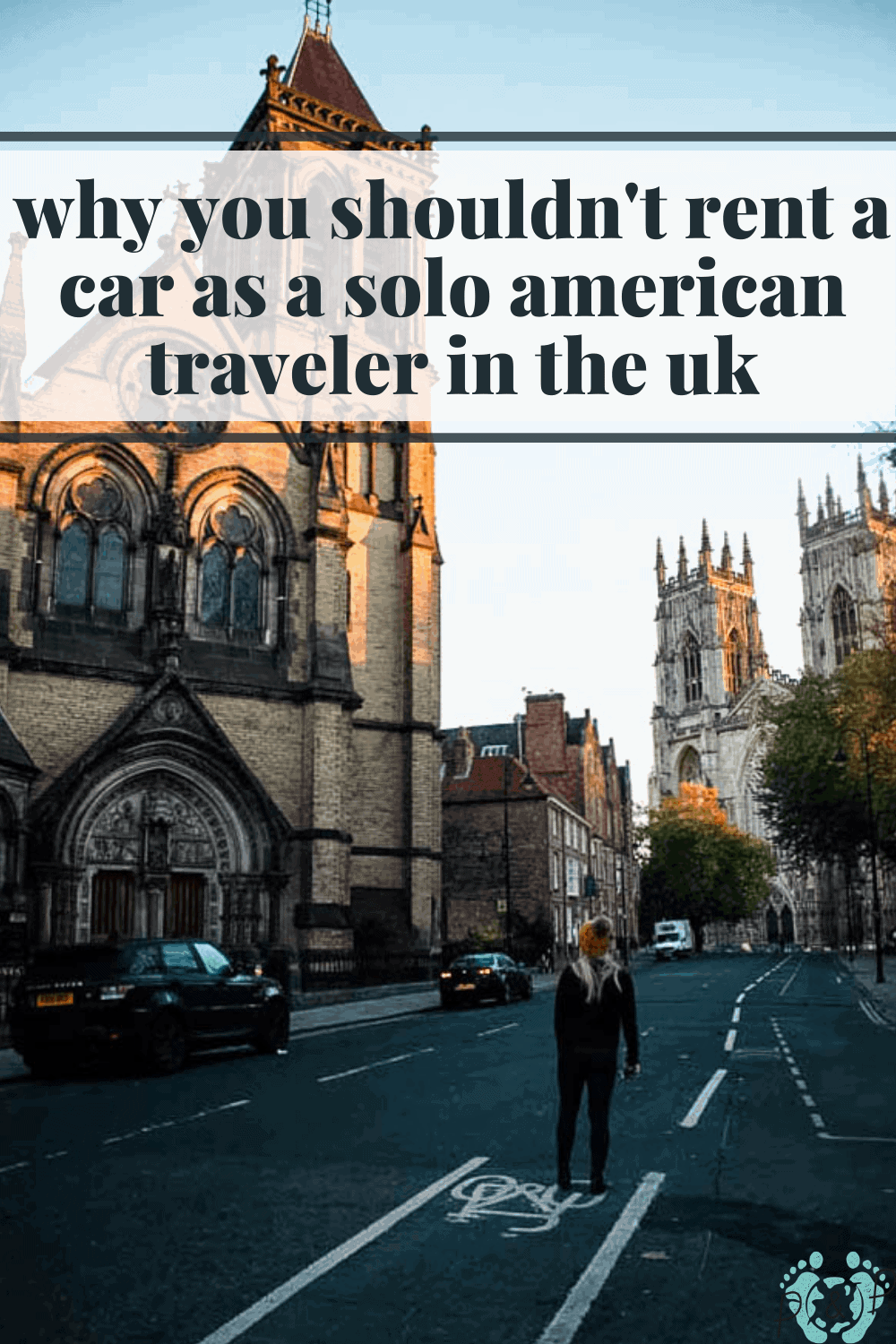