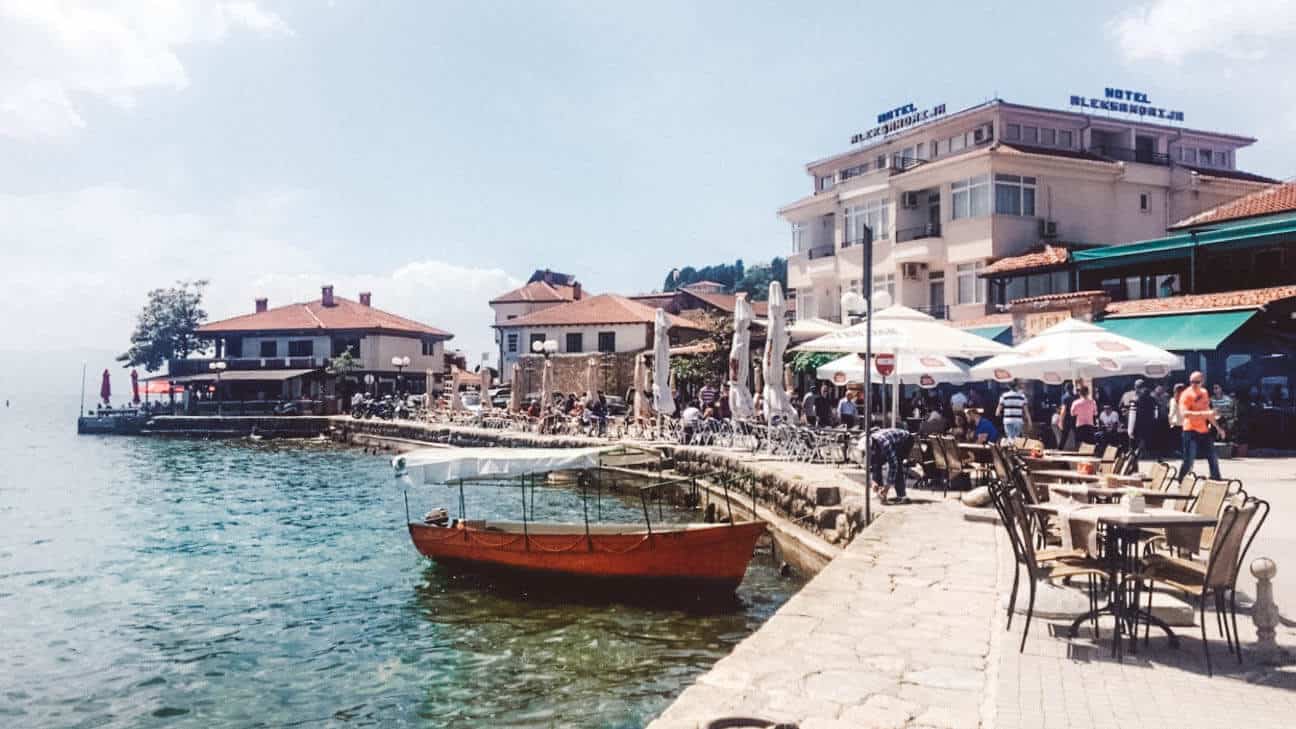 In a world where everything seems to be found on one’s Instagram reel, it’s a relief knowing that there are still some parts of the world untouched.  Ohrid, is one of those places.   A beautiful little town in southwest Macedonia lies a city that is unlike anywhere I’ve been before.  A town made up of 365 churches, with more locals roaming the twisting mountainous streets than tourists.  A city most famous for their lake, being one of the deepest and oldest lakes in all of Europe.  And also famous for the different species that are endemic to Lake Ohrid itself.  A town that is cheap, small, and picturesque.  Commonly referred to as the “Jerusalem of the Balkans”, and on the UNESCO World Heritage list for both culture and nature. 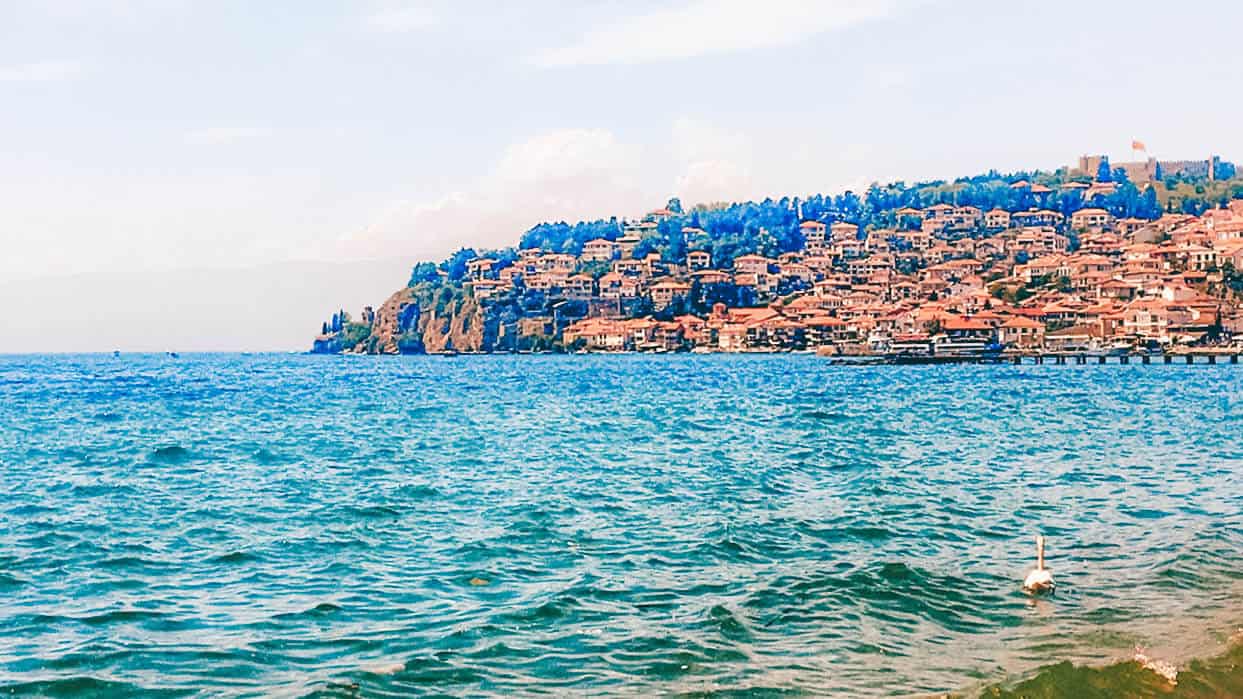 Upon arrival to Ohrid I (embarrassingly) found myself skipping down to the lake.  I felt like a child, who had just found a present that she wasn’t supposed to.  It seemed as though Ohrid was my own little discovery and I had the town to myself for the time being.  It wasn’t out of the bag yet, and “Instagram-ers” weren’t flocking at the chance to pose in front of the medieval churches and in the street alleyways.

I skipped until going further would result in me submerged in the lake, and awed at what was stretched out in front of me.  The backdrop, Albania – and what looked like mountains.  To the right, an Italian-esque village perched up on the cliffs above the lake.  And right in front of me?  Crystal clear waters and boats waiting to transport me to any number of churches that I choose. 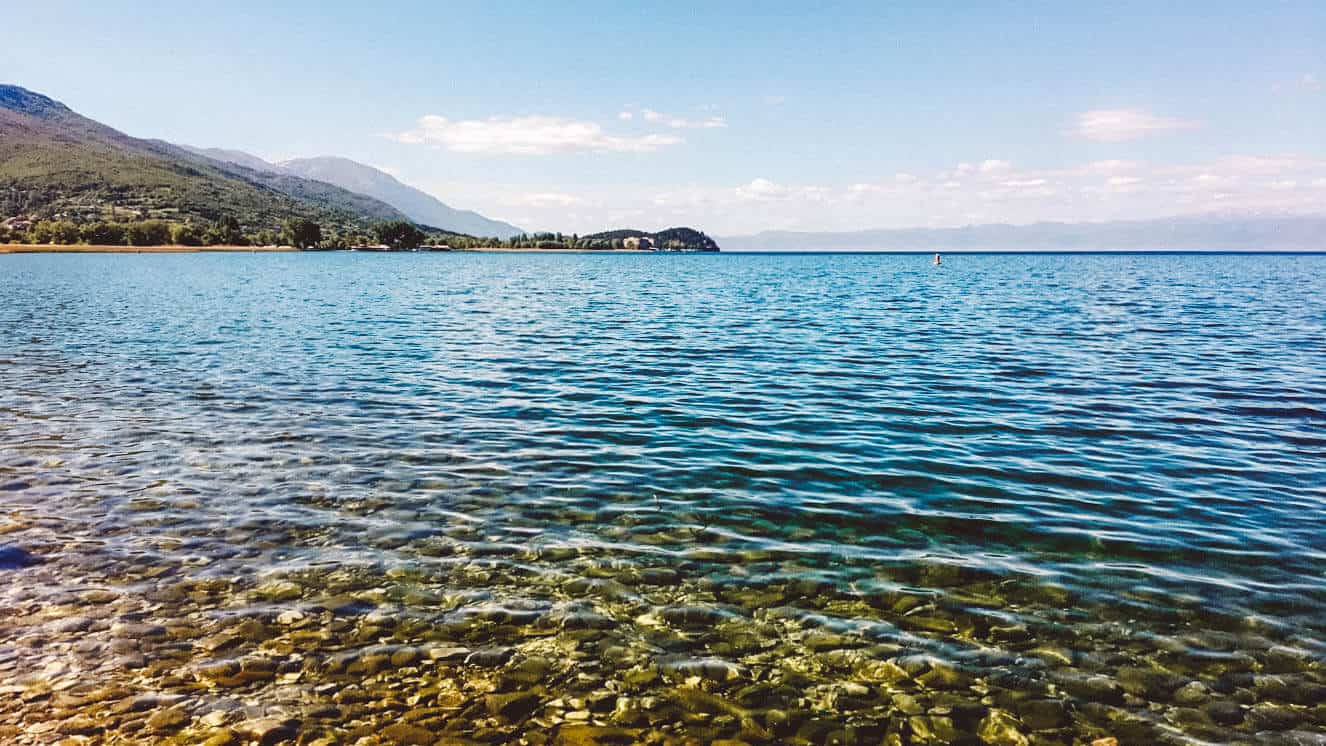 I settled into the cheap and central apartments, Villa Dea Apartments where I would be spending the night, and headed for lunch.  For an authentic experience, a must do is to dine at Restaurant Chun.  A local restaurant that has a beautiful balcony overlooking the lake, and famously serves pastranka.  Pastranka, like trout, is unique to Ohrid because the only place that it is found is in Lake Ohrid!  Get it grilled, or the Ohrid way – with the bones removed and served with special sauce. 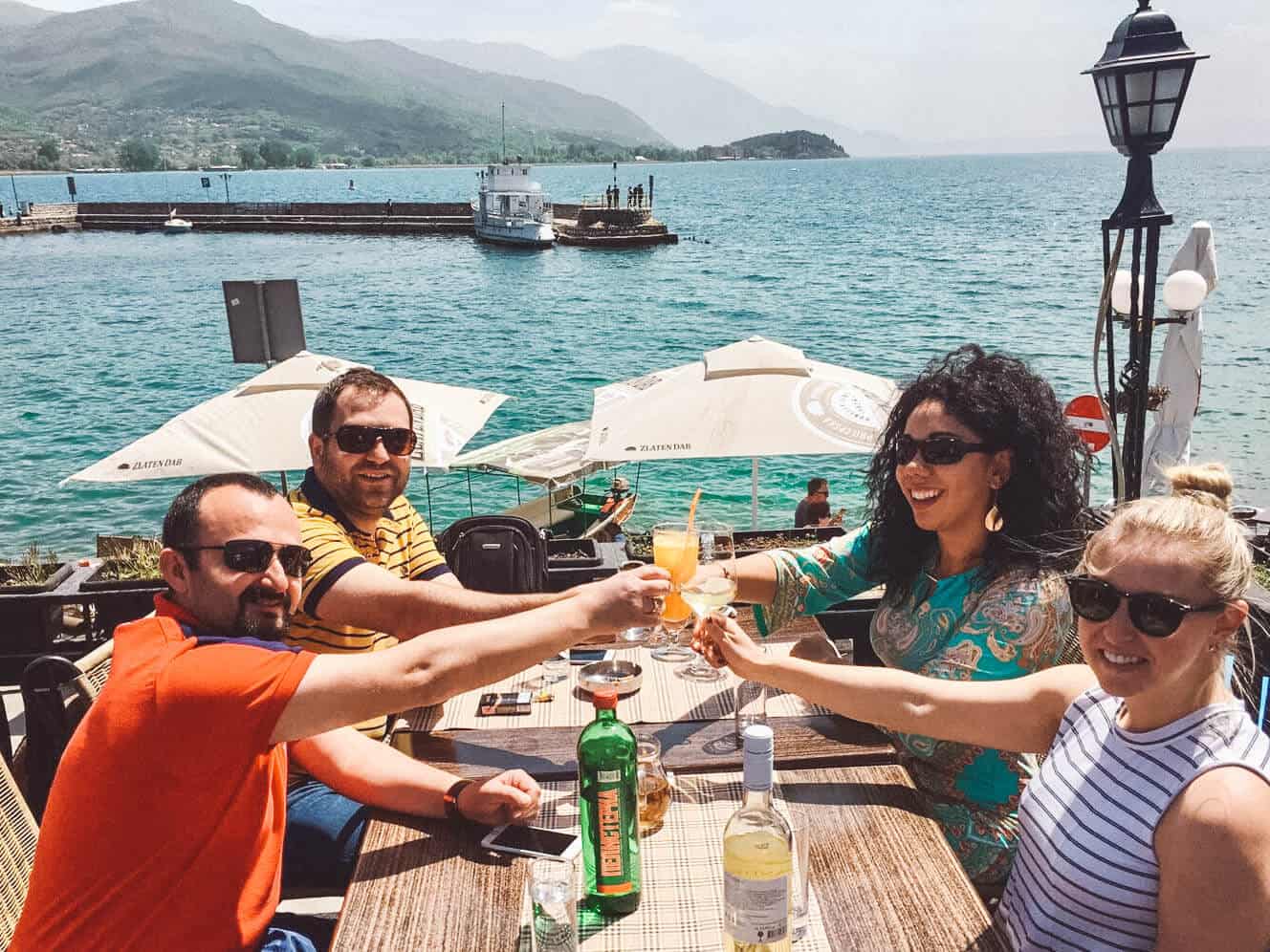 From Chun head down to the lake to get a boat.  You can allow the driver to pick where you go, but I suggest requesting a stop at Saint Jovan Kaneo.  One of the more famous churches in the area, built in the 14th century.  The reason that there are so many churches in Ohrid (365), is because Ohrid is one of the main birthplaces of Orthodox Christianity.  Not only is there a church for every day, but you’ll also find many statues that recognize the influence of people who spread the word of Christ back in the day. 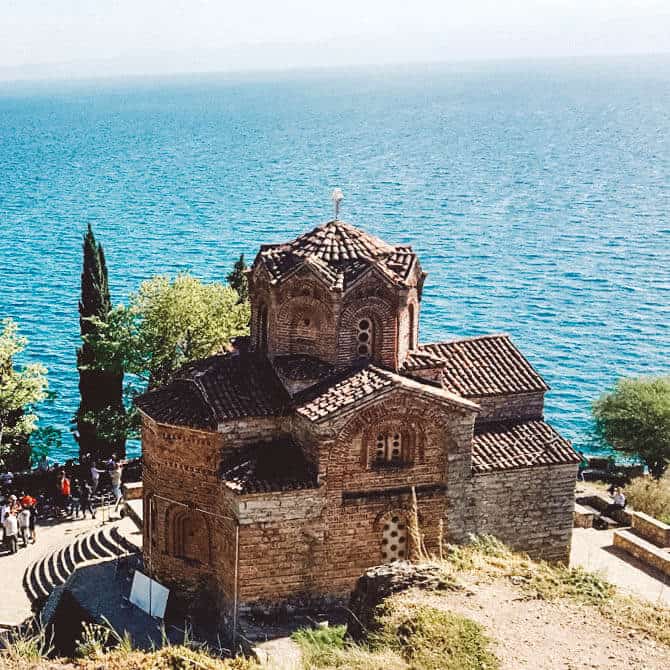 While you can choose to take a boat back to where you began, you could also choose to discover Ohrid by foot.  Walk back to where you started, wandering through the cobbled streets.  Passing churches, shops, and even the Ancient Theatre of Ohrid that dates back to 200 B.C. 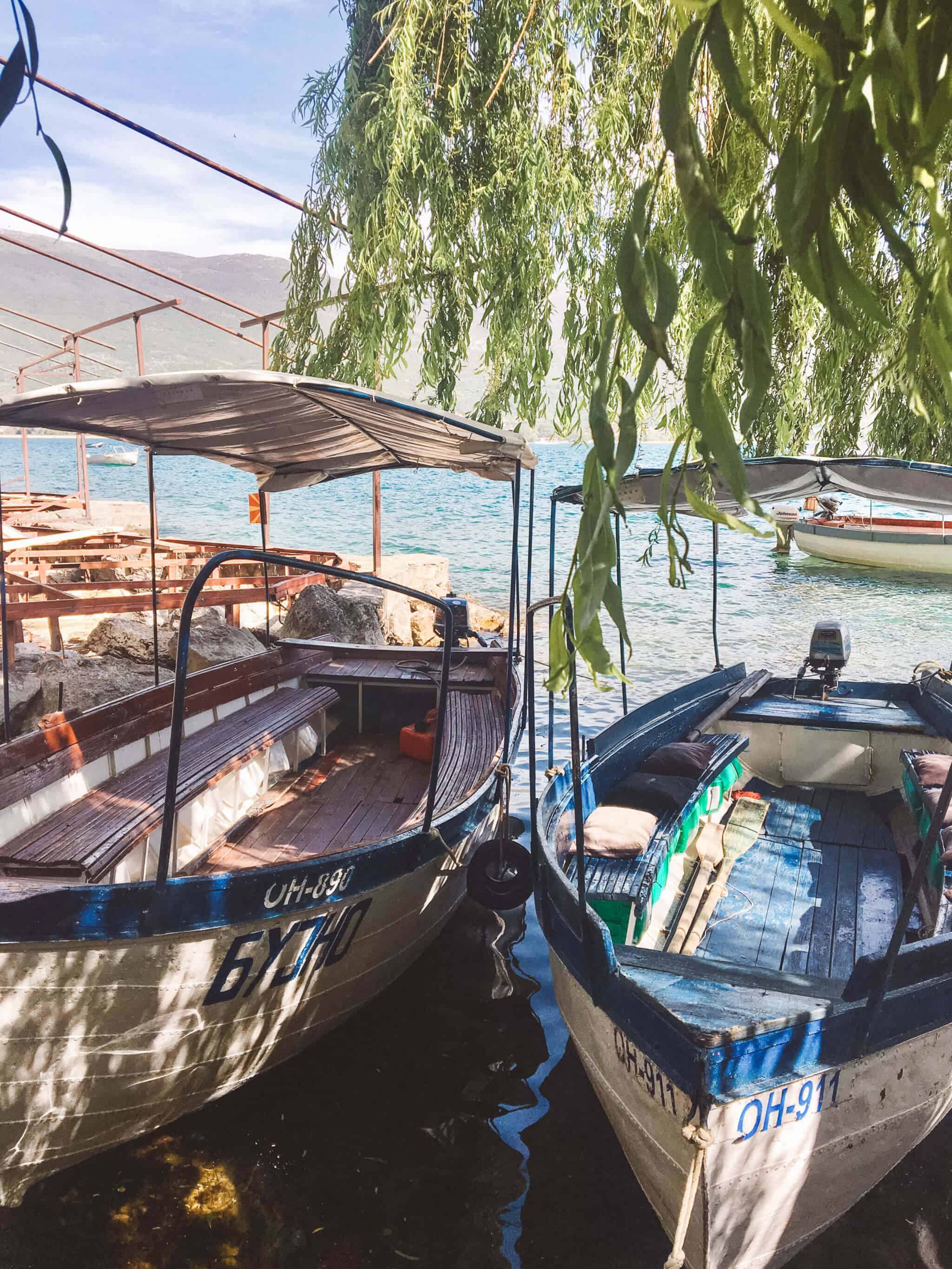 When the sun sets there are any number of restaurants to choose from that have balcony’s overlooking the lake.  Take your pick, sit back, and enjoy what is stretched out in front of you.  Ohrid truly is a beautiful, quiet, and serene destination that deserves at least one day of your life. 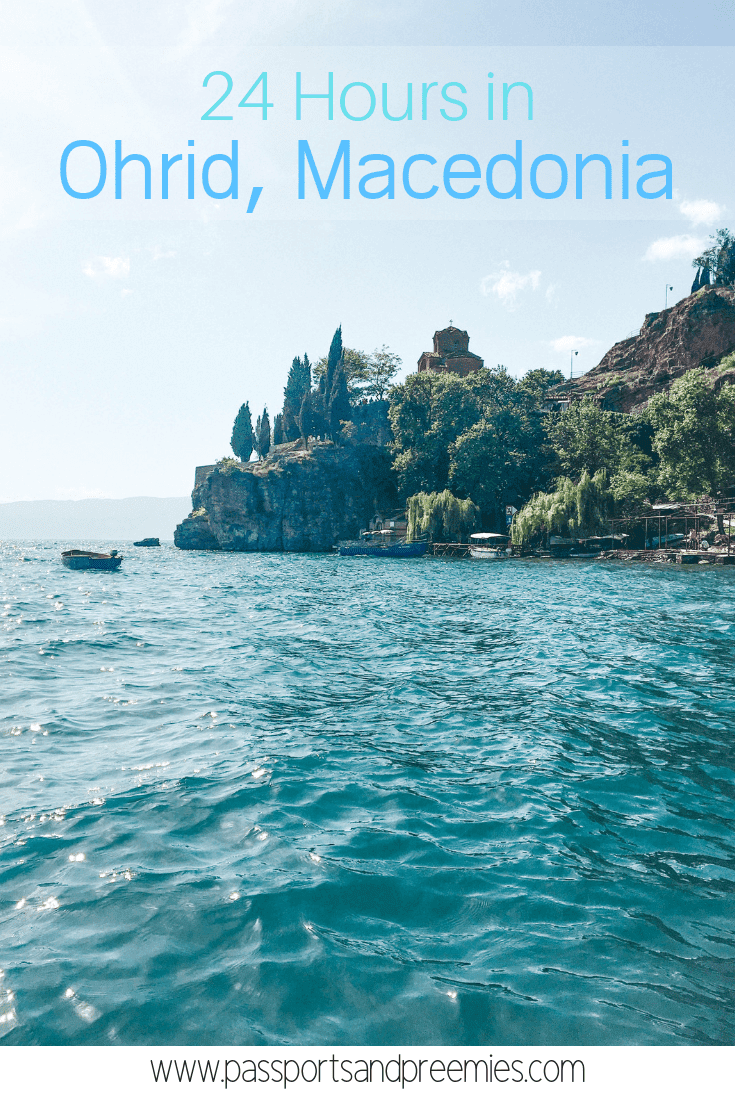