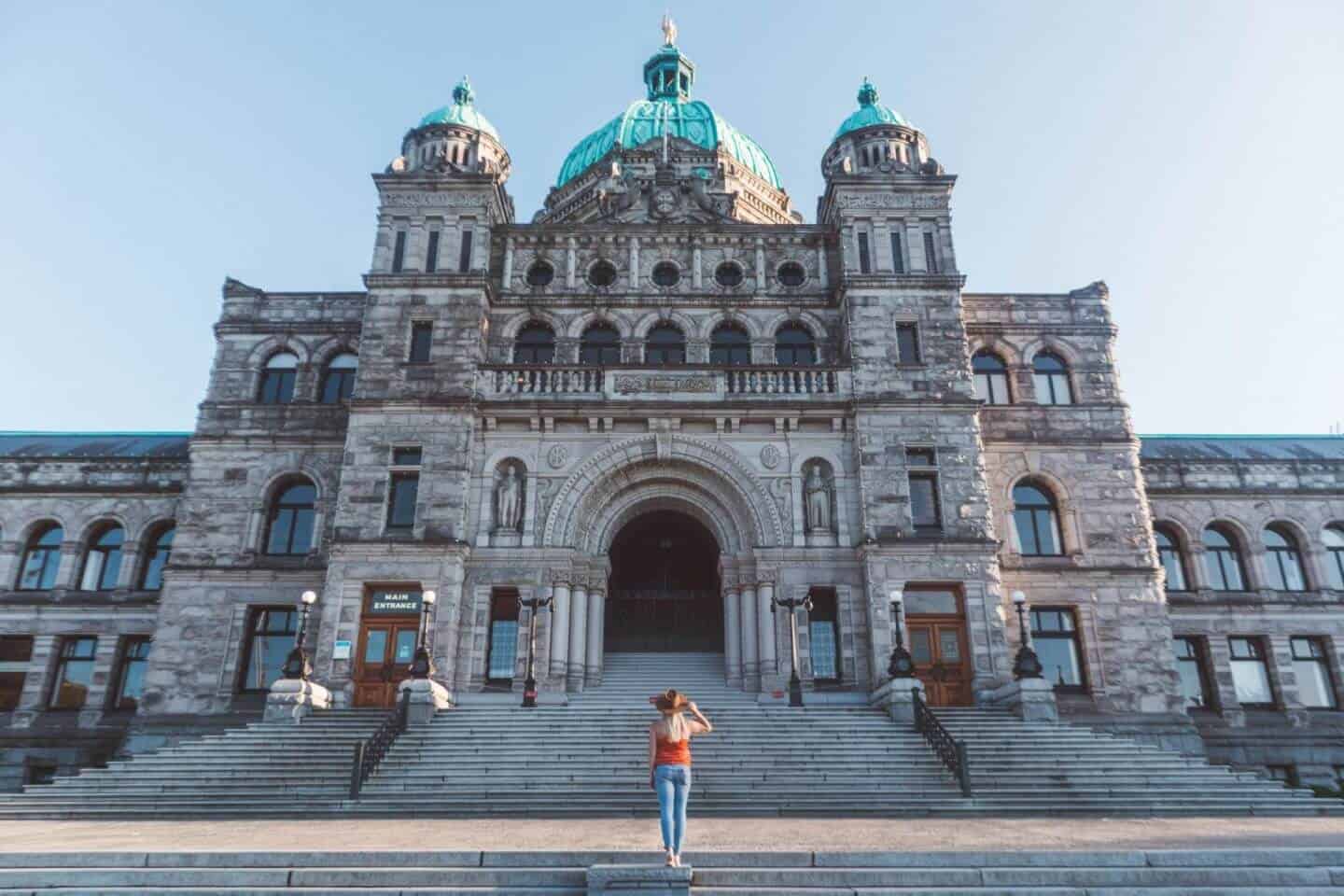 The capital of British Columbia, Victoria, is located at the southern tip of Canada on Vancouver Island.  It’s a small town oozing with charm and character.  Where the locals are friendly (the city has been named the top 15 friendliest cities in the world), the seafood is fresh, and the Victoria attractions are plenty!  It’s also the perfect destination for a quick and easy solo trip especially if you’re planning on visiting from Seattle. 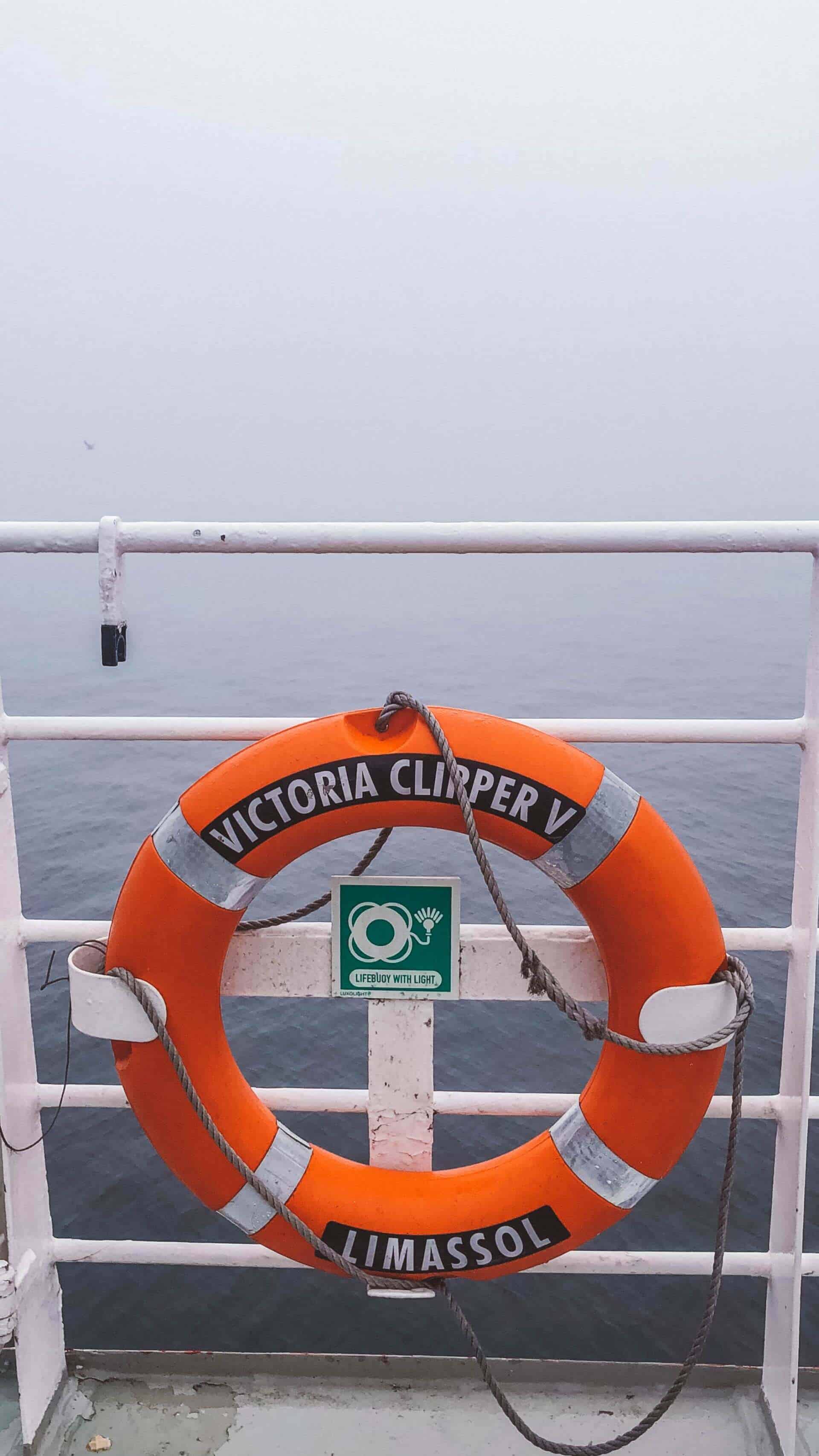 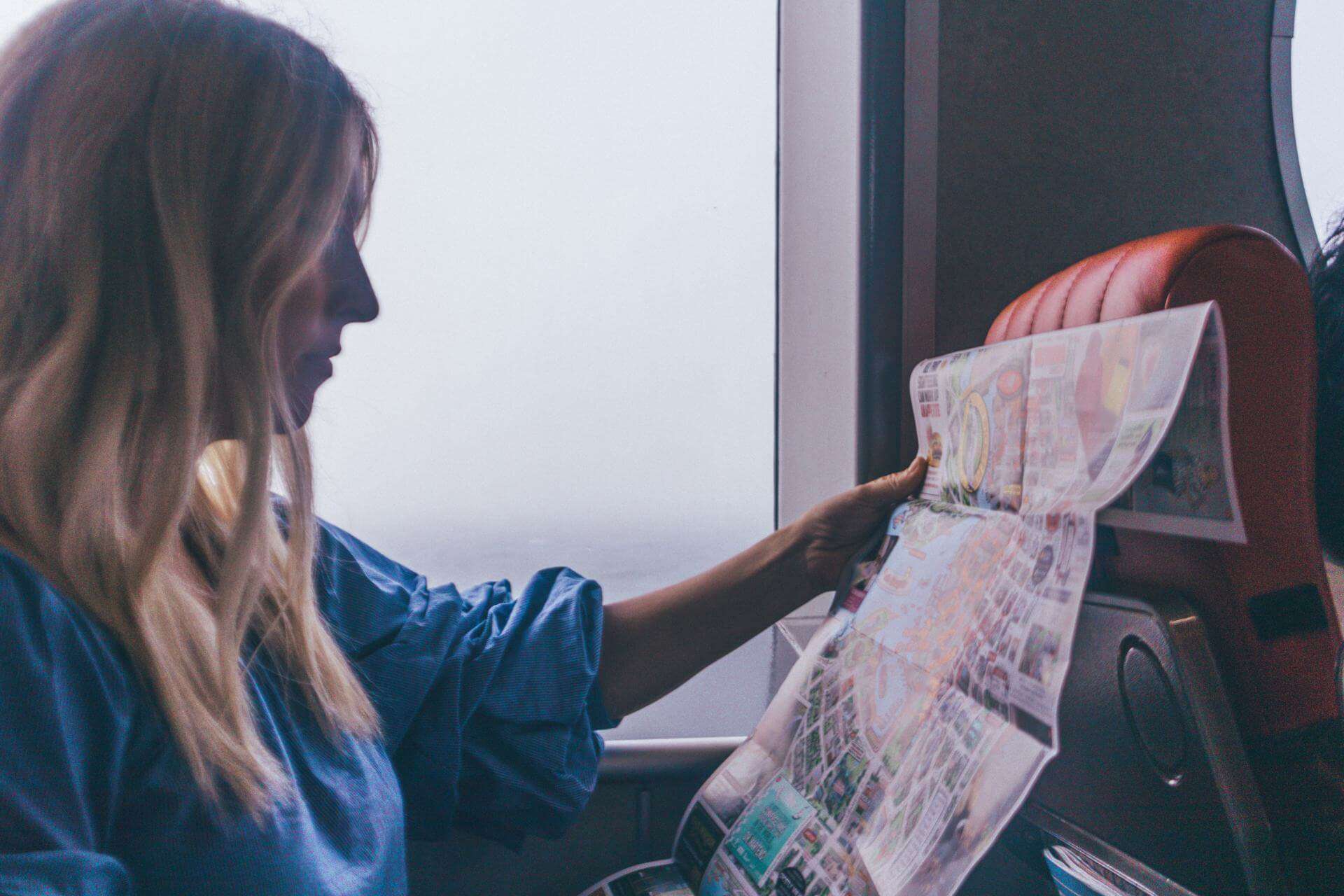 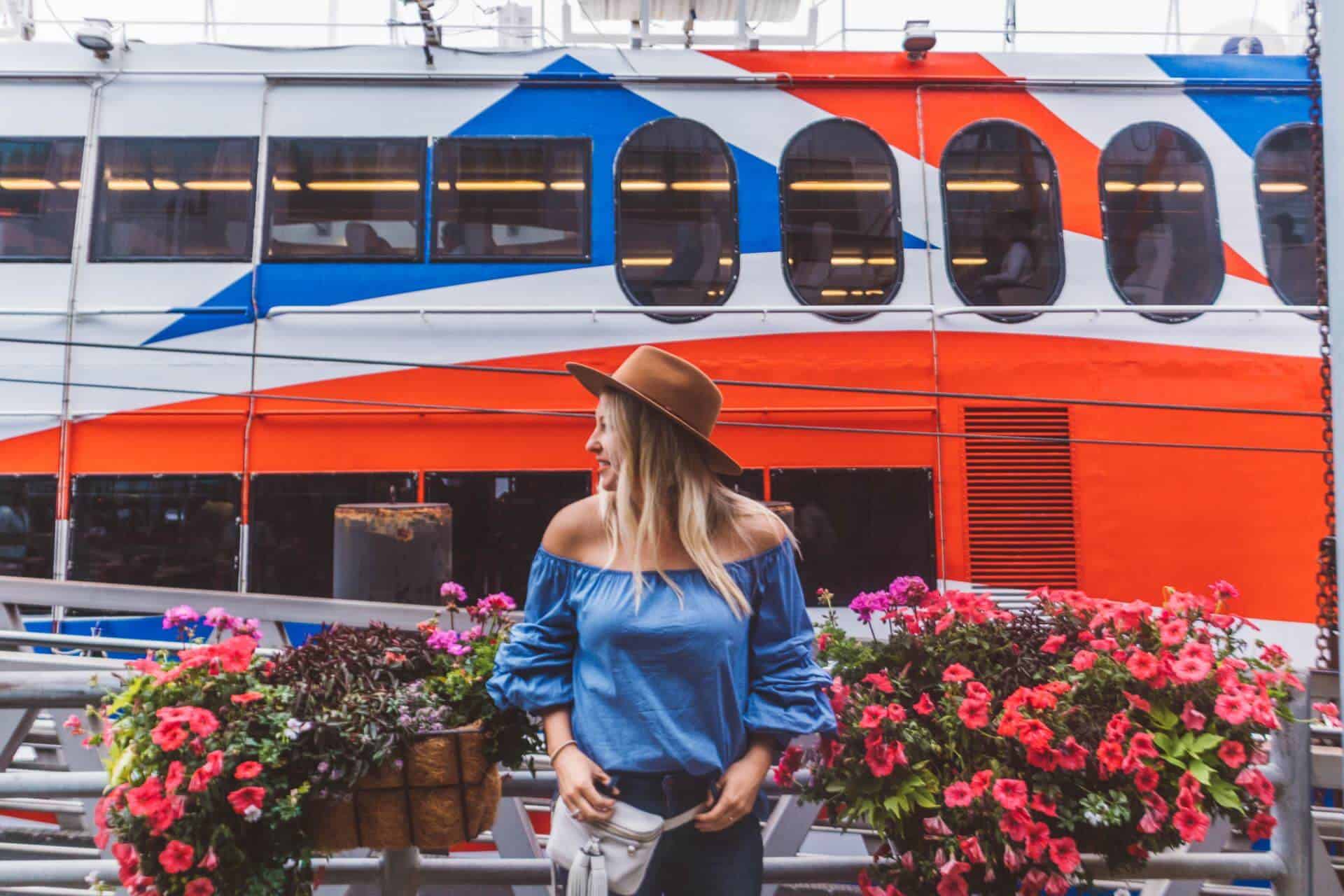 The Greater Victoria area sees approximately four million visitors per year and growing.  A city where you can arrive by car, air, or sea, there are plenty of ways to get to Vancouver Island to experience Victoria, referred to as the City of Gardens.  If you find yourself in Seattle, Victoria is only a short trip away.  Get out of the hustle and bustle of the city for a short day trip as you head northwest to a smaller, cleaner, and quieter city.

From Seattle by Car

While you don’t need a car if you plan on staying in the heart of Victoria (the city is walkable) if you choose to venture to the greater parts of Victoria bringing a car might be the best choice.  While you can always rent upon arrival, or take a bus to desired destinations if you desire fewer time constrictions and more privacy I would recommend driving.  If you choose to drive to Victoria, expect the ride to take approximately 4.5 hours.

From Seattle by Air

A city on the water, you can choose to arrive by seaplane or airplane!  Kenmore Air operates a flight from Seattle to Victoria (and vice versa) dropping you off in the heart of Victoria.  Only a 45-minute flight to Canada, if you have more money you’re willing to spend going by seaplane would be the fastest route.  If you’d rather arrive by airplane, there is an airport – Victoria International Airport (YYJ) – located north from downtown Victoria.  The drive from the airport into town is approximately 30-minutes.

From Seattle by Sea

While driving to Victoria and flying to Victoria are both good options, as a solo female traveler, on a budget, I opted to arrive by the sea!  I booked a ticket on the Victoria Clipper, sat back, and relaxed as I glided through the water until arriving in Canada a short three hours later.  While prices vary depending on the time of the year and day of the week, I found that the Clipper seemed like the most affordable option at the time.  Plus the ease of arriving minutes before departure, and stepping into the heart of Victoria a mere three hours later was seamless!  Not worrying about hailing a taxi or finding parking for my car, just on and off the boat in a quick and easy way.

The Butchart Gardens (will need transportation)

Spending the Morning in Victoria 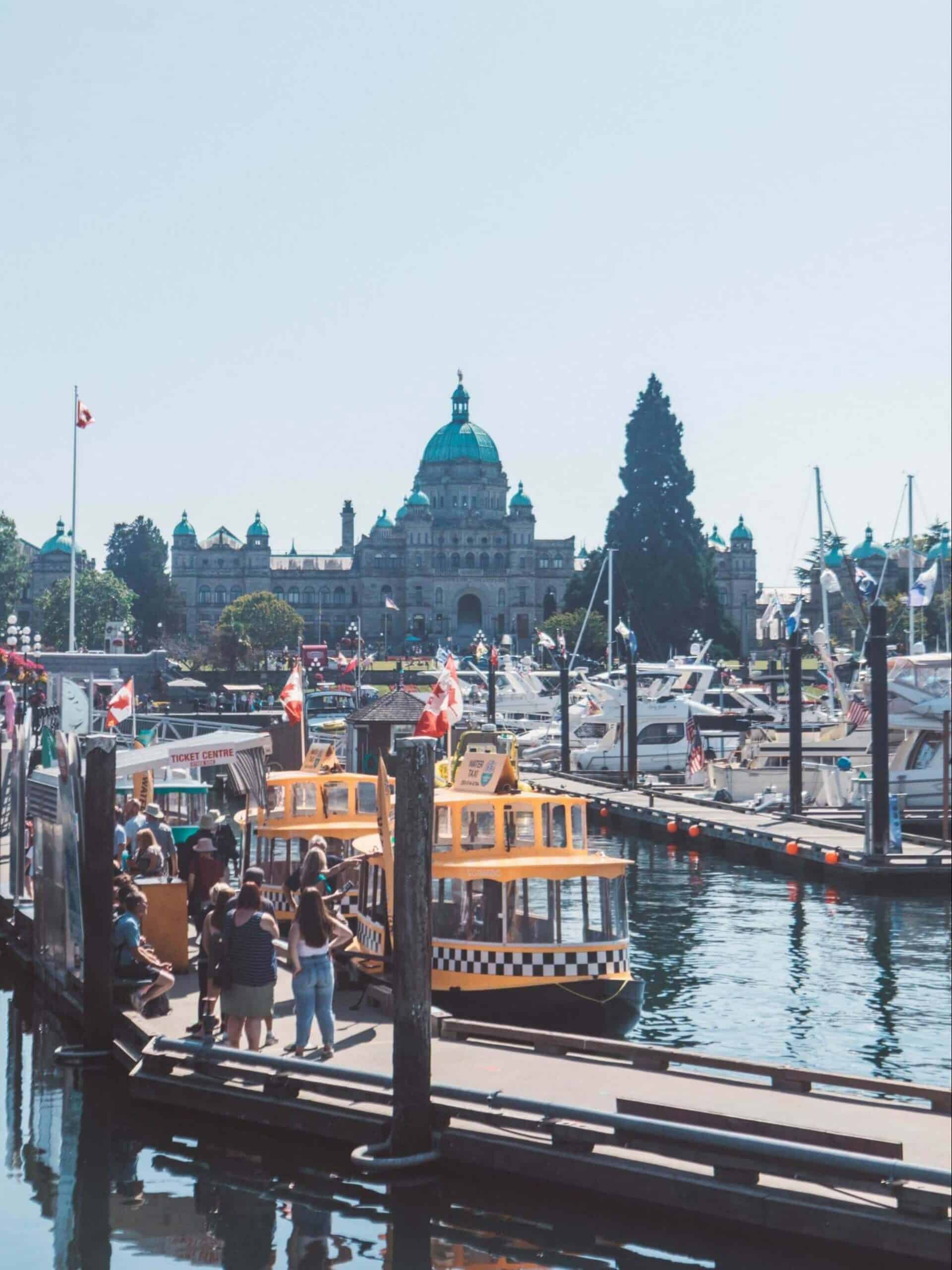 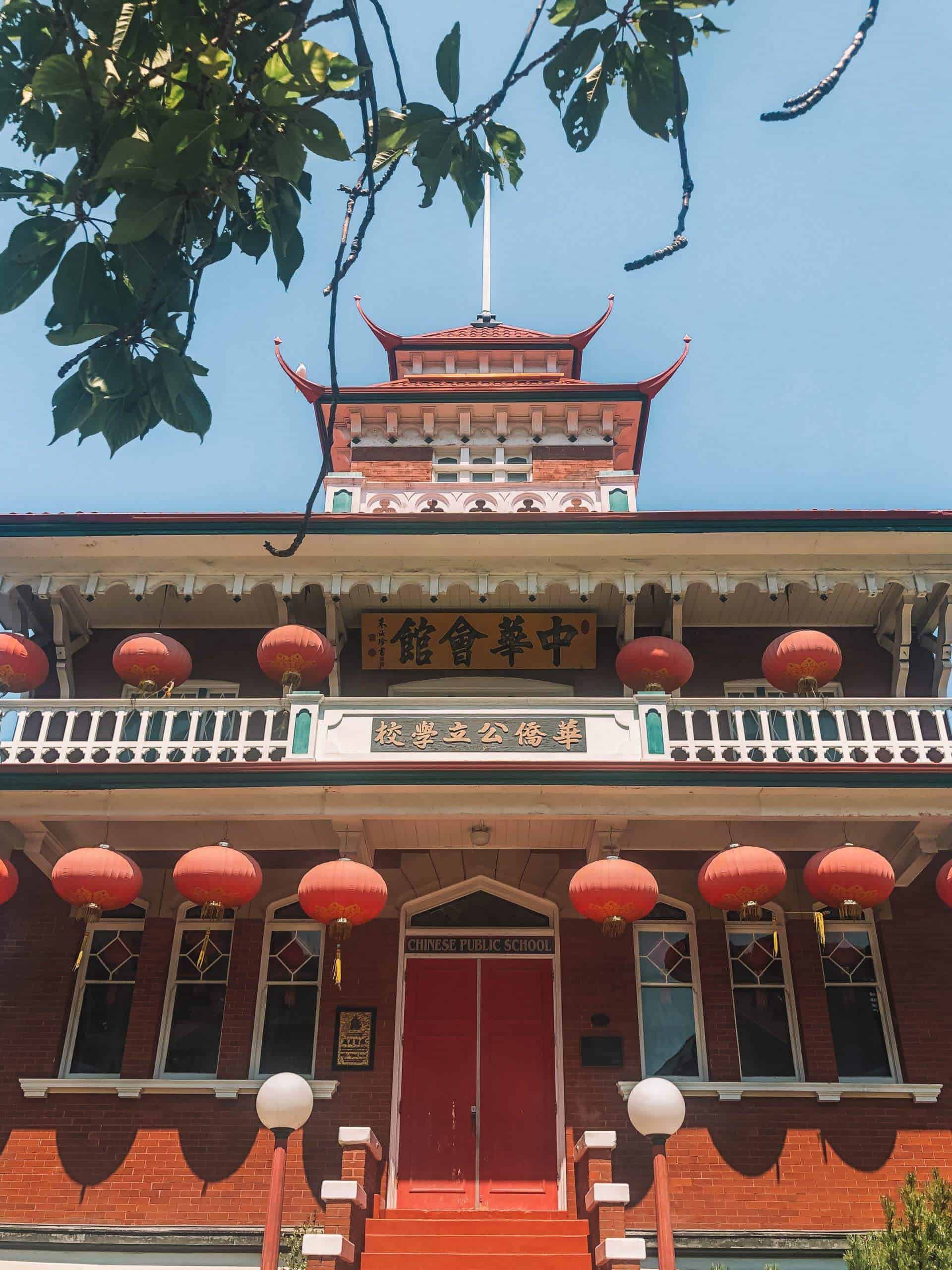 Upon arrival in Victoria, spend your morning getting to know the city.  As a compact city with a mild climate, it’s enjoyable to walk the streets and easy to see the highlights and the Victoria tourist attractions on foot.  Start out at the British Columbia Parliament Building, where construction began in 1893.  Facing the inner harbor, turn towards the harbor descending down the steps until you’re walking along the Fisherman’s Wharf.  Watch as the Canadian water taxis glide by, seaplanes take off, and you may even catch a glimpse of the Clipper ferry arriving!  Make sure to keep your eyes peeled on the water for marine life.

As you walk along the wharf, you’ll be making your way towards downtown Victoria the same direction as Chinatown.  At the end of the wharf, a ten-minute walk will bring you to the famed Fan Tan Alley, the narrowest street in Canada.  With stores on both sides, walk the alley and slip into locally-owned shops or grab an ice cream cone along the way.  Fan Tan Alley used to be a gambling street, named after the game Fan-Tan.

Spending the Afternoon in Victoria 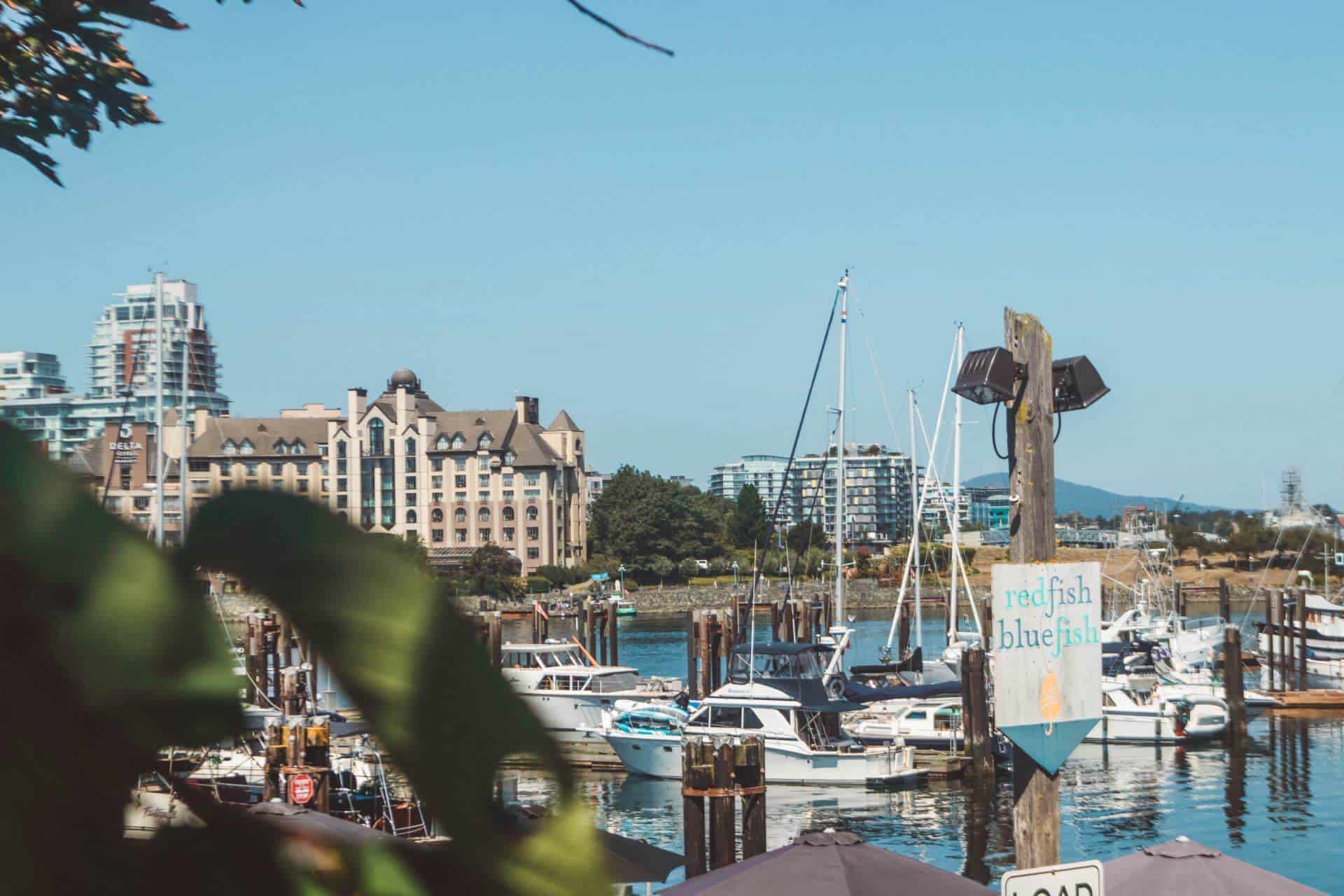 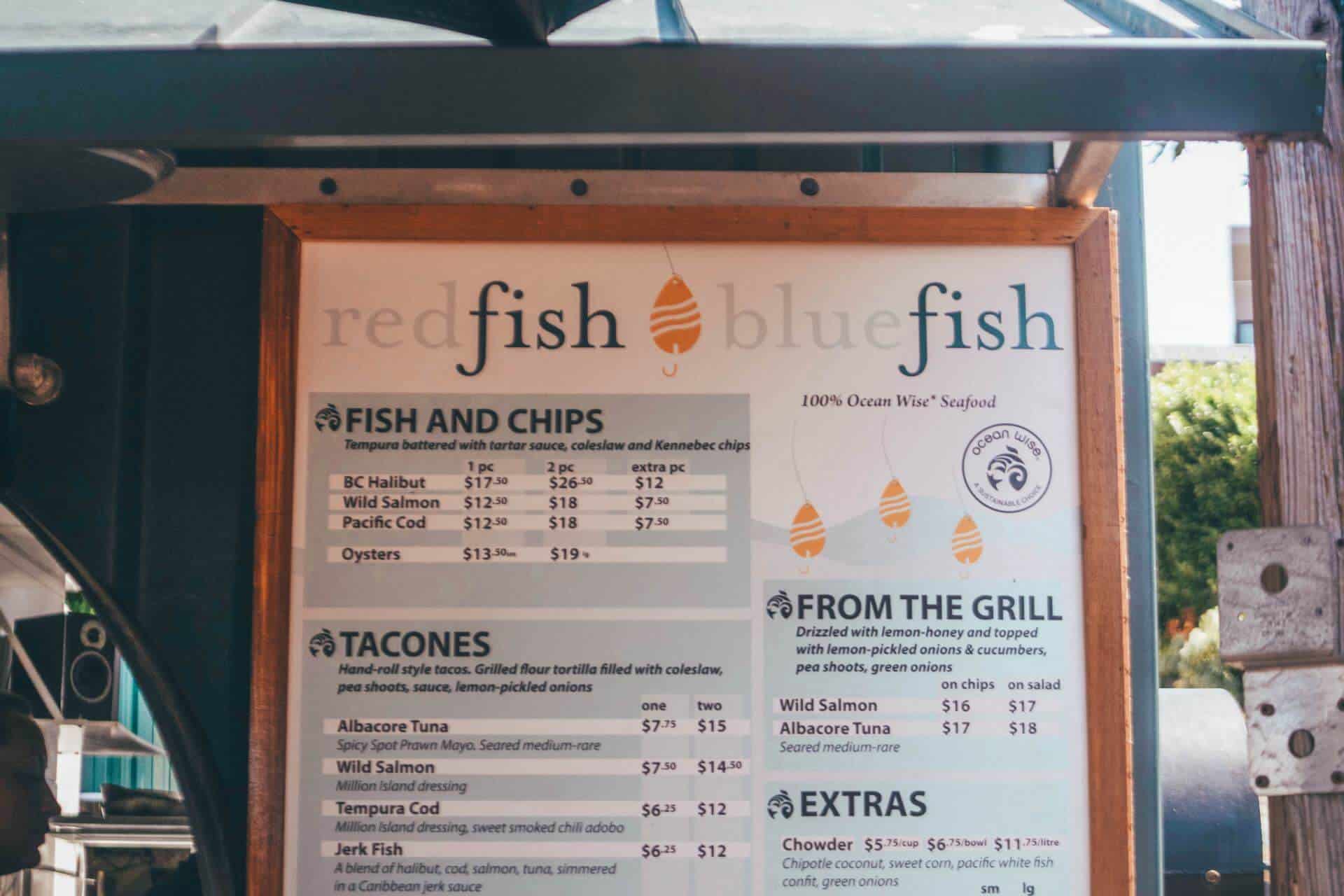 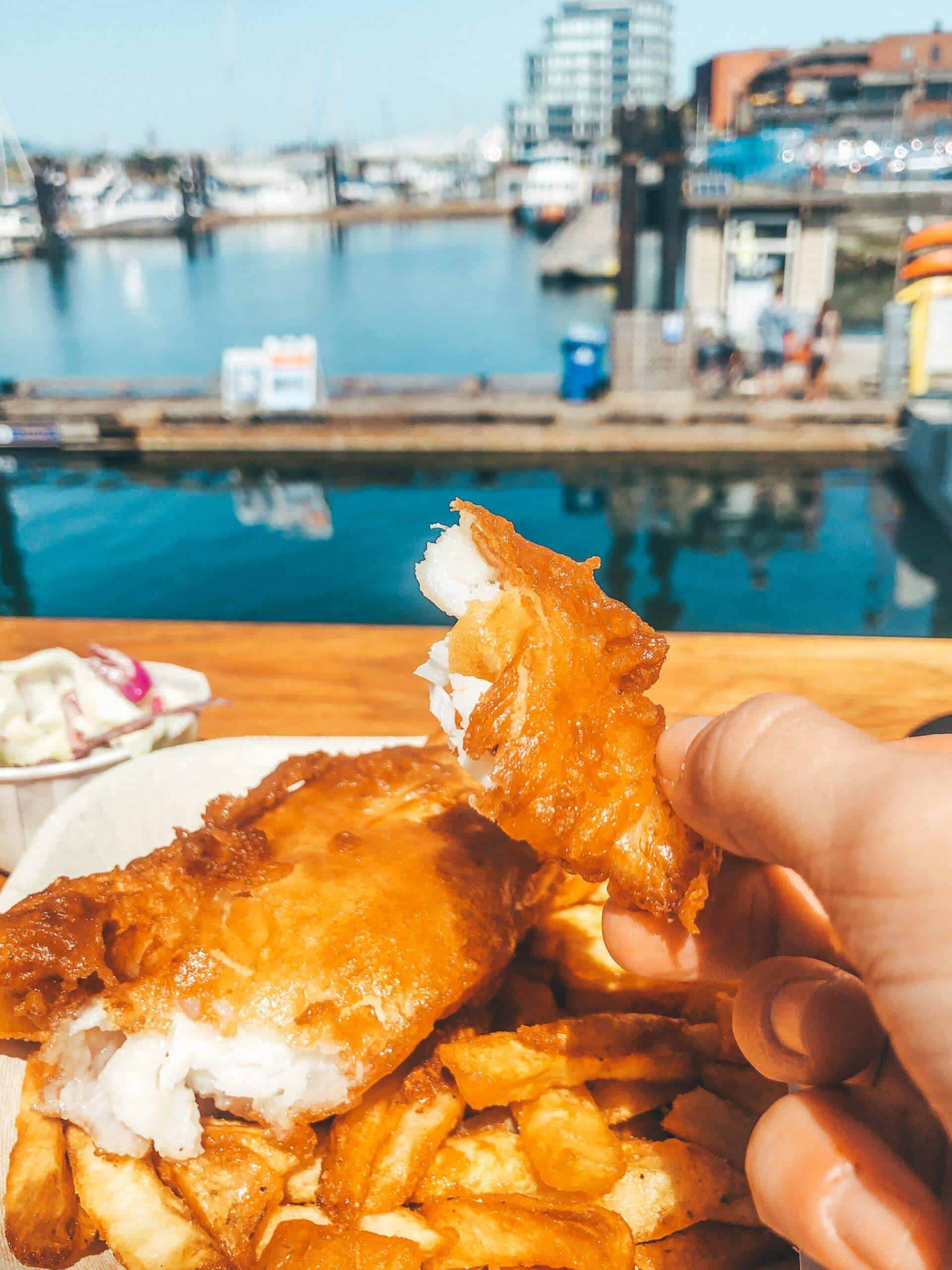 As midday arrives to make your way back to the Wharf for fresh seafood at Red Fish Blue Fish.  Don’t be fooled by the size of this little restaurant that only offers outdoor seating; it serves wildly tasty seafood worth standing in line for.  Plus the location of the restaurant is by the seaplanes and water taxis so it’s the perfect place to sit back and relax as you watch boats and planes come and go.

Once you finish up with lunch, head out for more Victoria sightseeing and activities.  Depending on weather and what you’re in the mood for there are many different ways to spend your afternoon.  If you’re looking for more history and information on the city, take a walking tour!  The company, Discover the Past, has informative, fun, and entertaining tours highlighting the many facets of Victoria.  Spread throughout different times of the day, the tour will run you about CA$20 (prices are dependent on age).

If you’re interested in learning why Victoria is referred to as the City of Gardens, venture northwest to The Butchart Gardens.  An oasis located outside the city, the gardens have been blooming for over 100 years!  You will need transportation to get to the gardens and a ticket to enter.  Prices vary depending on age and time of year.

If you’d rather sit back and relax, experience the famous “Tea at the Empress” at the famed luxury Fairmont Empress Hotel.  With high tea being served since the Empress opened in 1908 this hotel knows a thing or two about the craft of high tea.  Also recognized as one of the top 21 iconic hotels in the world, if you choose to forego tea, taking a step inside the Empress for a drink or bite to eat is worth it.

Spending the Night in Victoria 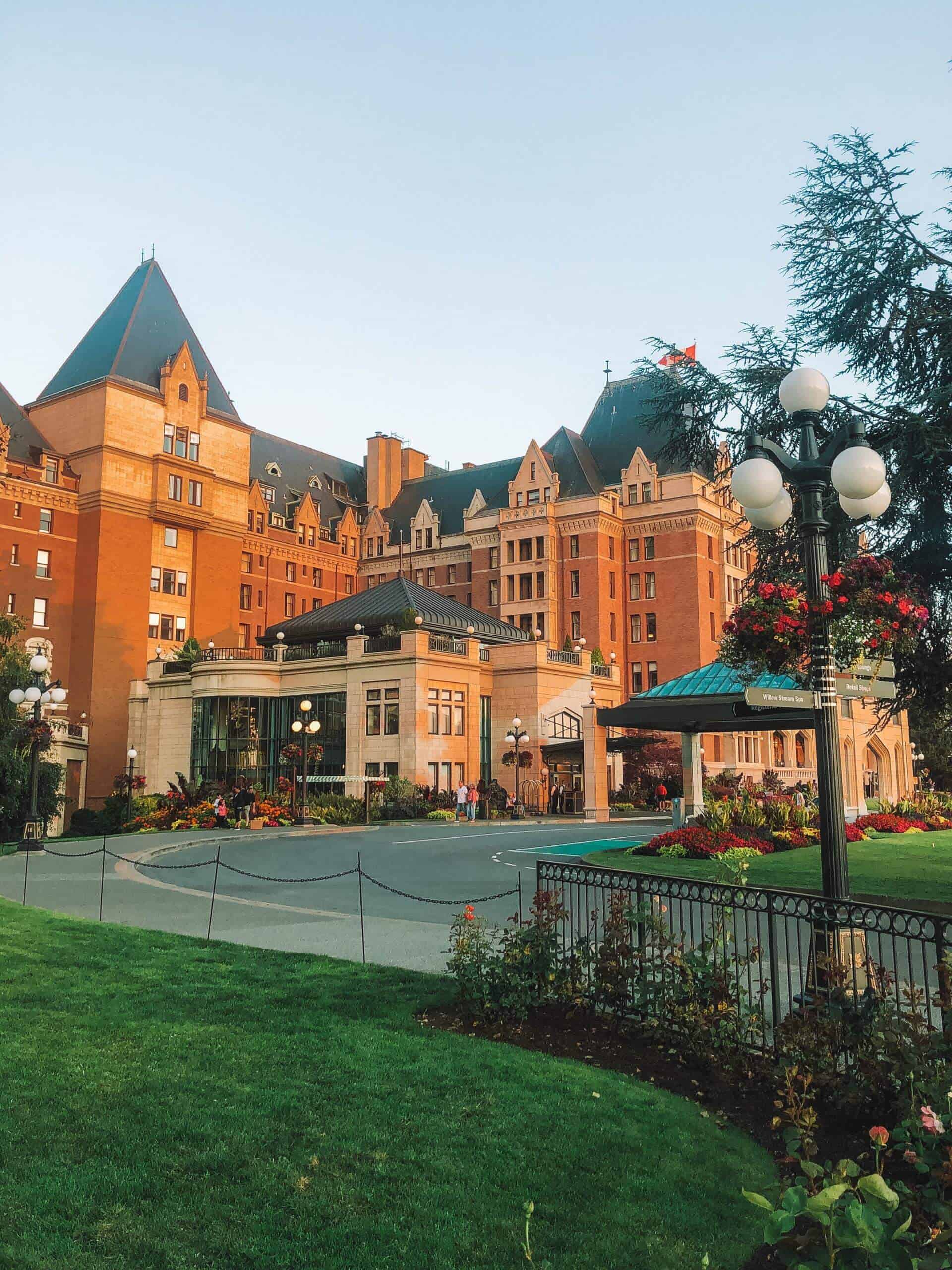 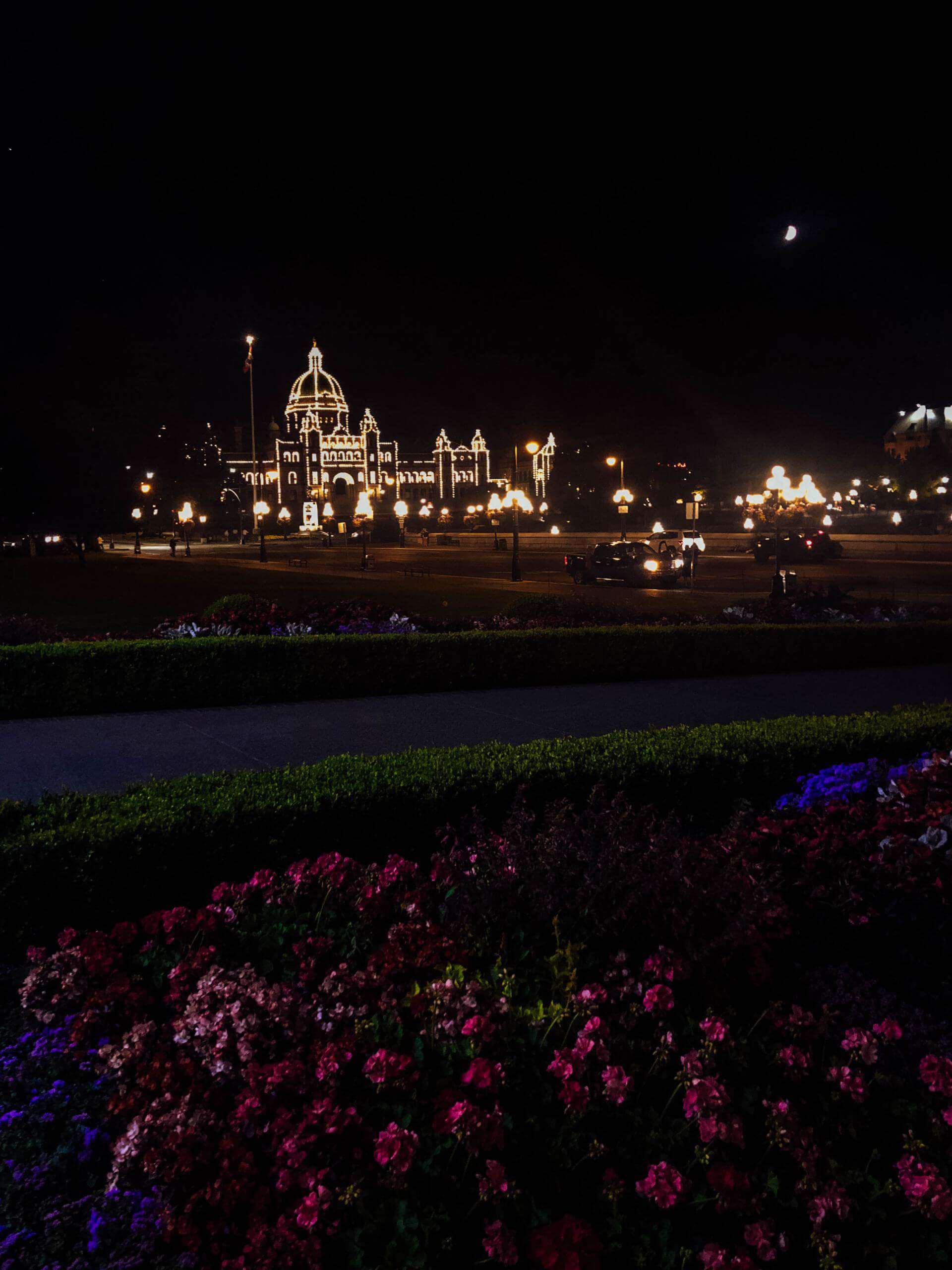 Once night falls the bars and restaurants in Victoria become even more lively than they were during the day.  The Parliament Building lights up in beautiful lights, the street lamps glow, and even the flowers planted around the city seem to look more beautiful come nightfall.  If you didn’t make it to the Empress for tea, I’d recommend starting at the hotel with a cocktail before a night out on the town.  Famous for their unique purple gin, along with their high tea, the Empress is known for their purple-colored gin drinks.

As far as the best things to do in Victoria, BC at night?  Grab dinner at one of their famed restaurants such as Olo or Il Terrazzo.  Or head for cocktails at Little Jumbo.  If you’re spontaneous, walk Government Street until you come upon something that suits you.  The city is just as stunning at night as it is during the daylight hours.

With a fascinating history and tons of Victoria attractions worth seeing, this town was designed to suit any number of travelers, even a solo female traveler.  With friendly locals, a lively nightlife, and plenty of activities to fill the daytime hours… my only hope is that I’m able to return.

Do you prefer visuals over words?  Check out my Instagram page/highlight reel for a visual look at Victoria, Canada 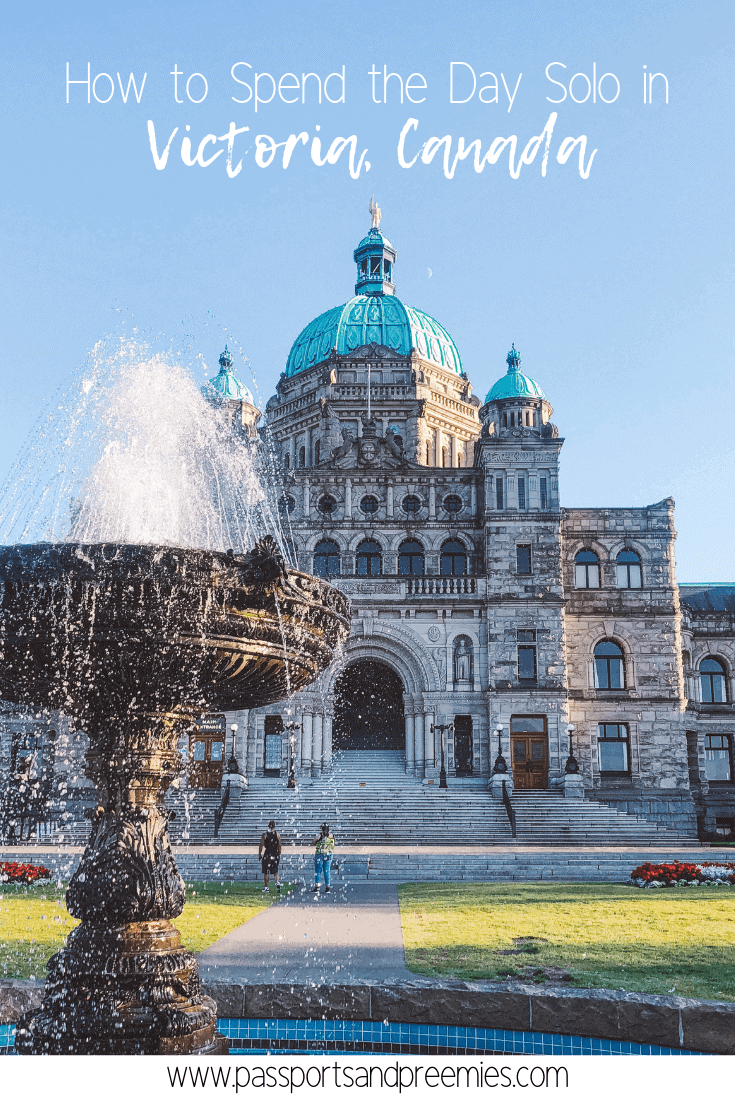